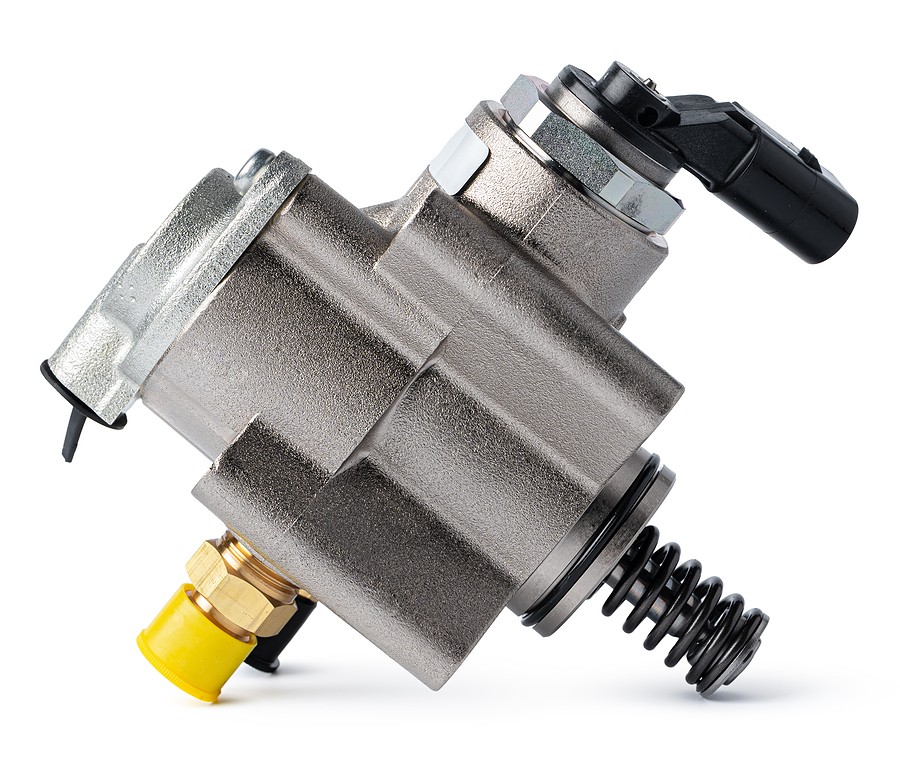 Many engines that are older do not require any fuel pump at all, only needing gravity to transport the fuel from the fuel tank or when it is under high pressure to the fuel injection system, which incorporates the internal combustion engine by the means of an injector.

Almost all modern vehicles that contain internal combustion engines are equipped with a fuel pump. As we know, the fuel pump is in charge of delivering the right amount of fuel from the gas tank to the engine, and must do so with the appropriate pressure required for the specific performance demands. When your key is turned on and the ignition is turned, the fuel pump is turned on as well. This means the fuel pump is activated and pressurized, which can be audible to either the driver or passenger as a quiet whine or a hum.

Symptoms of a failing or bad fuel pump

The fuel pumps in most cars on the market today are electric and positioned in the fuel tank. However, some vehicles that are given in line or mechanical style fuel pumps are still produced. Since the fuel pumps such a key part of the engine system and is in charge of supplying the engine with the fuel required for it to run properly, any issues with this component can cause huge performance issues and safety concerns. Usually, a failing fuel pump will produce one of the following systems that could potentially mean the bad fuel pump will throw a check engine light.

One of the first symptoms that you will notice with the fuel tank turning bad or being damaged is a loud whining sound that is coming from under your hood. The only good thing about this symptom is it is very noticeable and audible to almost all drivers. An old or worn down fuel pump that has become damaged over time can cause a loud whine or a howl while driving, especially at high speeds. Most fuel pumps will produce just a quiet hum when they are running smoothly and they are not damaged, but a very loud whining noise indicates a problem with the fuel pump. This bad fuel pump can throw a check engine light if not fixed in time.

Another common symptom that is more times than not associated with a failing fuel pump is difficulty starting the vehicle, with the car having a tough time turning the ignition or revving the engine. Since fuel pumps constantly run whenever the car is turned on, they can eventually wear out and break down over time due to the prolonged use. A weak fuel pump can still pump fuel through the line and supply gas, but the vehicle could have a more difficult time starting due to the lack of pressure in the fuel system.

If your fuel system and the fuel pump is weakened, this can cause the vehicle to need to crank more times than it would normally take, meaning that the vehicle might require more energy to start, have more difficulty starting, and can throw the check engine light if it is not fixed.

The third sign that there is an issue with your fuel system and the fuel pump is your engine could be sputtering, especially at high speeds. If you are driving at high speeds, like on a highway and the engine suddenly sputters before it runs normally again, this can show there are serious issues with the fuel pump and the gas system in your vehicle.  If this is the case in your car, the fuel pump is not able to provide a right stream of fuel to the engine at the correct pressure, having the potential of this fuel pump to throw the check engine light.

Other causes of engine sputtering can throw off someone who thinks the fuel pump is the initial cause. Other reasons that this might happen with your engine is a blocked fuel injector, incomplete combustion within the engine, the gas gauge is not working properly. The main cause of the malfunctioning engine can be located within several different systems.

In addition to these issues, the engine sputtering might not just be the fuel leak that can throw the check engine light, but other common reasons, like the exhaust manifold leaking. When the exhaust manifold has a leak, it can cause the car to run unevenly, suffer from poor performance, and sputter while using. Furthermore, a failing catalytic converter can burn off hydrocarbons in the exhaust and cause the engine to sputter, along with a noticeable smell.

Additional signs of a fuel pump problem and the engine sputtering is malfunctioning oxygen sensors, with a failing or dirty o2 sensor placing too much or too little fuel into your engine. Furthermore, worn gaskets or seals that need to be replaced periodically can cause engine sputtering if they are not replaced in time, leading to another season of poor fuel delivery and engine light coming on.

Engine stalling in your vehicle can happen because of various issues, but make sure you know if this stalling only happens at high temperatures that are shown on the thermometer in your car. If this is the case, and the stalling is contributed to the high temperatures, then this can usually be attributed to the fuel pump motor. If the stalling continues to occur with an increasing temperature, then this is usually because the fuel pump is deteriorating and the bad fuel pump can throw the check engine light.

Other causes of the engine stalling are an empty gas tank, a fuel mixture that is not rich enough, a faulty fuel pump or alternator, a dead battery, a dirty airflow that prevents good airflow, water in the fuel tank, a failing intake air temperature sensor or a failing mass air flow sensor, fouled spark plugs, a faulty ignition coil, and an overheating fuel pump. Any of these reasons can cause the fuel pump to become damaged and throw the check engine light.

Another sign of a bad or failing fuel pump is a loss of power when the vehicle is under stress, like driving uphill, draining very fast, or carrying heavy loads in the back of the trunk, or while accelerating quickly like on a highway. The engine shuts down since the damaged parts of the fuel pump can't perform at the necessary level, due to the heightened fuel demands in these specific performance situations. In these instances, the car will usually feel to the driver as if it cannot provide the intended amount of power. If the fuel pump is the root cause, this means that it can’t regulate the right amount of fuel pressure accurately and provide the right amount of fuel to the engine, indicating a bad fuel pump that can throw the check engine light.

Other causes of the car losing power while driving can show that there are other concerns with your vehicle. These Issues could be either mechanical problems, like low compression, clogged fuel filter, a dirty air filter, or a clogged exhaust manifold. Some malfunction of sensors can also be the cause, like the damage to the camshaft position sensor, MAF sensor, oxygen sensor, crankshaft sensor, and sensors that affect the engine. Lastly, there could be a malfunction of actuators, like bad injectors or bad spark plugs.

Another reason for damage to the fuel pump and the fuel system, and a potential reason for the bad fuel pump to throw the check engine light is irregular resistance located within the fuel pump motor. This can cause the vehicle to surge while driving jerk while accelerating, showing the fuel pump needs to be repaired or replaced. If you are surging in your vehicle, this feels to the driver like the gas pedal has been used and pressed down. This problem can occur at a random and constant speed, like driving on the highway. If this happens you need to get your fuel pump checked by your local mechanic.

If you realize that your fuel economy is poor, your car’s acceleration and performance is suffering, and the car is getting less gas mileage per gallon than it normally does, these are signs of an issue with the fuel pump. If you are filling up your car more than normal, you should check your fuel pump for any issues. A valve within the fuel pump might not be opening properly or at the right moment, causing more fuel than is required to pour into the engine system unnecessarily. Excess fuel in the engine does not get used or stored for a later date, but just gets wasted and causes the fuel pump to throw the check engine light.

Car Will Not Start

The final reason that your fuel pump might be damaged and the bad fuel pump is causing the throw the check engine light is that your car can no longer start and turn on, preventing you from driving at all. This is a serious issue that needs immediate fixing, since your car is now no longer operable. If the fuel pump completely fails, then the vehicle cannot start since it does not have enough fuel for the engine to operate.

The engine will still be able to crank and turn over, but the car cannot start due to lack of fuel despite you being able to put the key in the ignition and turn it. A no-start situation like this one can also be caused by other issues, so you need to make sure the fuel pump is the main cause. Other reasons that your car might not start are due to a dead battery, corrosion, bad starter motor, broken distributor cap, a bad ignition coil, or a clogged fuel filter.

What if I think my fuel pump is failing?

If you suspect that your fuel pump might be failing and the bad fuel pump throws your check engine light, then you should bring your car into a mechanic. This is especially true if you have experienced any of the previous symptoms of a failing fuel pump. Some of these signs of a bad fuel pump can also be caused by other serious mechanical problems that can cause further damage if not taken care of, so the repair shop will perform tests to make sure there are no other repairs needed. This can also help the mechanic isolate the real cause of the issue. If no other causes seem likely to be the signs of the failing fuel pump, then they will confirm the diagnosis and move on to the fix.

Most shops usually begin by checking your car’s electrical system, focusing on the fuses that regulate the power to your fuel system and use the fuel pumps to transport the gas. Blown fuses are usually the best-case scenario, with the fuses being common and inexpensive to fix, meaning there is a low labor and parts cost for you.