Hyundai vs Toyota: Which Brand is Right For You? 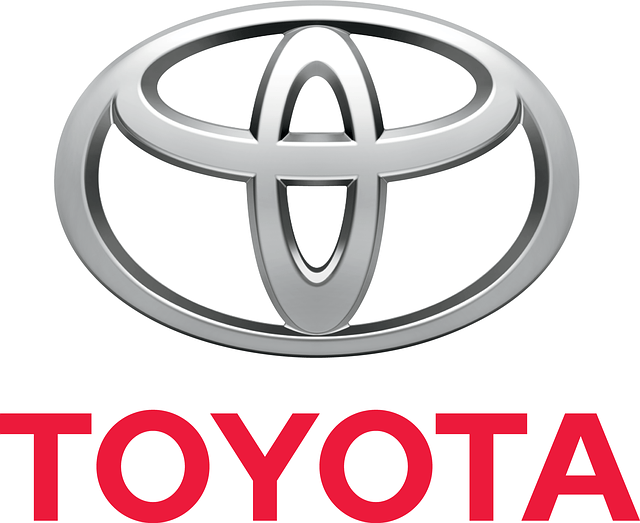 The battle of Hyundai versus Toyota can be a hard one to figure out since both brands offer some very similar performance and styling across their model lineup. Performance, affordability, safety, and features are not vastly different between the two brands. That means understanding the subtle differences is the key to picking which brand is going to be best for you. With that in mind, let's take an in-depth look at which brand will be the better choice for you, Hyundai or Toyota.

For the year 2020 Toyota offers 17 different models and its lineup as well as variants of those models plus hybrid versions for a total of 33 Toyota's that you can purchase right now. Hyundai offers 20 variants on their model lineup, including their hybrid versions of some of the more popular vehicles.

The Camry is currently Toyota's most popular model, and Hyundai Sonata is the comparative competition for the Camry. Taking these two vehicles head to head for the 2020 model year and you'll see that Toyota offers up a 3.0L V6 engine that pulls 301-horsepower and gives you a top speed of 135 miles-per-hour.

If you're looking for speed, then you want to head to the 2020 Toyota Supra which is the fastest vehicle Toyota has ever made. The Supra has a 3.0L turbo inline-6 engine that produces up to 335-horsepower. The top speed of the Supra is 155 miles-per-hour and it can go from 0 to 60 in 4.1 seconds.

Not to be left too far behind, the Hyundai tears up the track with its Elantra GT which can hit a top speed of 136 miles-per-hour. It's worth noting that the Hyundai Genesis 3.8 V6 model was able to hit a top speed of 162 miles-per-hour but Hyundai no longer produces those in 2020. In fact, Genesis has gone on to become its own luxury make in much the same way that Lexus and Toyota are separate makes owned by the same company.

If you’re looking to compare raw power in terms of towing capacity, Toyota’s toughest SUV is the 2020 Land Cruiser that can haul a whopping 8,100 pounds behind it. Hyundai offers up the Palisade, which drops the towing capacity down to 5,000 pounds.

At the end of the day, in the performance battles, Toyota wins.

Affordability is something you can expect from both Toyota and Hyundai. The most affordable Toyota model is the Toyota Yaris which has a starting MSRP of $15,650. Over on the Hyundai side effects the cheapest comfortable model is the Hyundai Accent which has a starting MSRP of $15,295. As you can see the difference is only $355.

If you're in the market for an SUV Hyundai takes the lead in this one by offering the very affordable Hyundai venue for only $17,350. Toyota's best competitor in the SUV field is the Toyota C-HR which has a starting price of $21,295.

Hyundai doesn’t actually offer any truck models, so Toyota wins that segment by default by offering off both the Toyota Tacoma and the Toyota Tundra.

If you're looking for some alternative fuel vehicles, both Toyota and Hyundai offer up hybrid and electric cars to fit a variety of budgets. Toyota has a Corolla hybrid that starts at $23,100. You can also get the fully electric Toyota Mirai which has a MSRP of $58,500.

Head-to-head you can see that Hyundai edges out the Toyota in nearly every category and especially when it comes to their electric models. Toyota isn't far behind for the most part and Leah base model hybrids are only just $100 a part which in the world of cars is barely noticeable. When you're spending this much money every penny counts and in terms of sticker prices were calling this one as a Hyundai win.

When it comes to Hybrid models, the Camry Hybrid boasts a fuel efficiency of 53 miles per gallon on the highway while the Hyundai Sonata hybrid claims 46 miles per gallon.

Overall, gas mileage does tend to lean in favour of Toyota but it's not such a huge difference that it would offset the initial sticker price which favors Hyundai.

Which Brand Has Better Features?

Hyundai has a special place in the automotive field right now with an industry-leading warranty that no other manufacturer can touch. Hyundai offers you a 10-year / 100,000-mile powertrain warranty. Compare that to Toyotas more typical five-year 60,000-mile warranty and you'll see that right off the bat Hyundai's offering you a little more value here.

When you slide into the inside of your car, the difference between Hyundai and Toyota in terms of comfort aren’t particularly noticeable. Both offer a smooth ride and comfortable seats, but the Toyota Camry has a more intuitive layout of features with small touches like having the touchscreen display and the center of the dash angled toward the driver.

In terms of technology itself, Hyundai ups the ante with a standard 8-inch touchscreen upgradeable to 10.5-inch. Toyota has a standard 7-inch you can bump up to 8 inches. Hyundai als offers a 12.3-in digital instrument display and even a Hyundai Digital Key that lets you use any Android device as a key for your car that can lock, unlock, and even start it remotely.

For 2020, both vehicles offer up Apple Carplay and Android Auto as well as options for satellite radio and conveniences like Qi wireless charging pads for your cell phone.

This is one of the closest battles between the two brands but we’re going to say that, feature against feature, Hyundai wins.

Which Brand is Safer?

Toyota authentic cells over other vehicles in the safety comparison because the company really gives their all to offering up the widest array of safety features. They also excel in Crash Test ratings for a movie National Highway Traffic Safety Administration and the Insurance Institute for Highway Safety as well. The Toyota Camry, for instance, has been a top safety pick for both and has exceptionally High crash test ratings. The Hyundai Sonata has also been named a top safety pick by the IIHS as well.

Where the big difference comes out between Hyundai and Toyota is in the actual safety features. Toyota offers a wide array of things like pre-collision warning, adaptive cruise control, lane keeping assist, pedestrian detection, and the whole suite of features that Toyota has become known for the last few years. You can get many of the same safety features on a Hyundai but the big difference here is that all of these will be standard on even the base model of Toyota while Hyundai requires you to invest in a higher trim level if you want to get some of them.

Which Brand is the Better Choice?

The fact that these contests have been so close is a testament to the workmanship and reliability that you'll find in both Hyundai and Toyota models. Hyundai has been making vehicles since 1967 and currently runs the world's largest automobile manufacturing facility. Toyota has been in the game since 1933 and holds the record for having the single most popular vehicle model ever produced. The Toyota Corolla is the best-selling car in history with 46 million units sold. The next best-selling car in history was the Volkswagen Beetle with 21 million units sold. For Toyota to more than double its nearest competitor says a lot.

Choosing between Hyundai and Toyota is clearly not an easy task as the scales tip one way or the other depending on which feature you're placing the most value on. At the end of the day, taking into account the full spectrum of vehicles that are offered by each company rather than just a straight comparison between their two most popular models, we're going to say Toyota wins this match up.

Even though Hyundai gets the nod for affordability, because the difference is so slim on that point, and because Toyota has a greater variety of vehicles including a line of trucks, they just come out ahead of the game. That's not to say Hyundai is a bad choice by any means as they were neck-and-neck with Toyota through the entire comparison. At the end of the day though, Toyota wins.