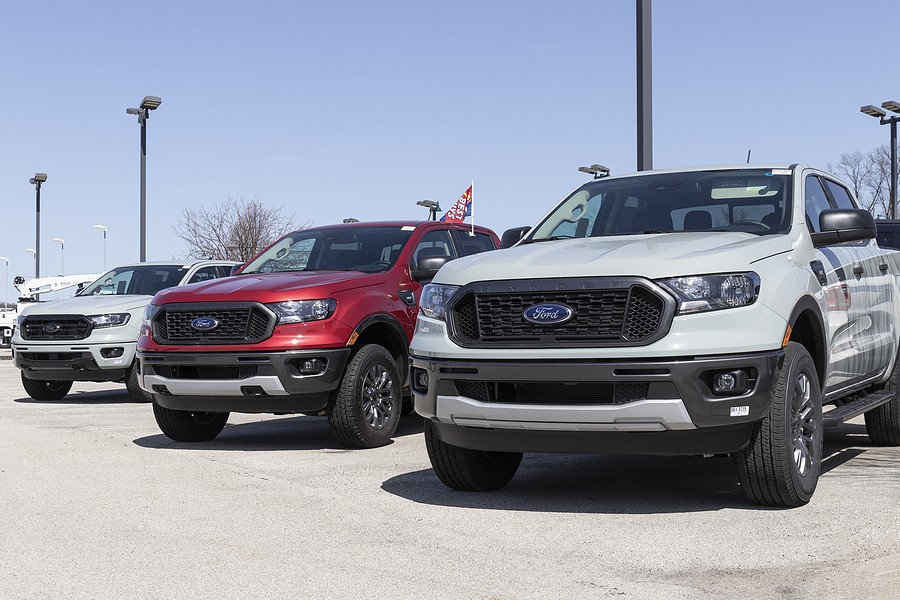 The fourth generation Ford Rangers sold in the United States are equipped with 2.3-liter turbocharged EcoBoost four-cylinder gas engines coupled with a ten-speed automatic transmission. A turbocharged EcoBoost engine is a direct-injection petrol engine by Ford that is built to provide great horsepower and torque while providing great fuel efficiency as well. The Ford Ranger is already known as a tough and versatile truck and now that it has been equipped with a turbo engine, it has become more efficient and powerful. As impressive as it sounds, the Rangers also have weaknesses. There have been some Ford Ranger turbo problems that have been reported such as low-speed acceleration vibration, check engine light with fuel injector code, head gasket problems, issues during cold start, reduced performance and high fuel consumption.

The Ford Ranger was introduced in 1982 for its 1983 model year and now it is in its fourth generation. It is known as the best-selling compact truck in the United States from the years 1987 to 2004. In 2012, Ford announced that they will no longer be selling Ford Rangers in America to concentrate on its full-size F-Series pickup trucks. But in 2019, Ford introduced the fourth generation of the Ranger. The Ford Ranger is back in the US market and this time, it is equipped with a 2.3L turbocharged inline-4 and a 10-speed automatic.

The 2.3L turbocharged engine equipped in the Ford Rangers is the Ford’s very own 2.3 EcoBoost engine. This version of the EcoBoost engine is made around a high-pressure die-cast open deck aluminum cylinder block and possesses enlarged oil and cooling passages and a structural ladder frame with integrated main bearing caps. It also uses forged steel connecting rods and lightweight high-strength pistons which have a low-friction skirt coating and fewer oil drainage holes that provide lower friction and an improved lubrication. This turbocharged engine also has a plastic intake manifold that was updated with increased volume and a larger diameter throttle body. This updated version can provide more power and faster acceleration response with lower emissions, lesser turbo lags, and enhanced turbine efficiency.

Despite the reported Ford Ranger turbo problems, the Ford Ranger’s turbocharged engine can provide your needs for a high speed thrill. It is said to somehow have the same power levels as the V6 engine but with better fuel economy, lesser price, less needed space, and lesser weight. The turbo operates by taking exhaust gases and forcing them back into the cylinders which leads to more power since it creates big explosions with each pump of the piston.

The Ford Ranger is back in the US market after an 8-year break as a midsize truck and is powered by a 2.3-liter EcoBoost, turbocharged, four-cylinder engine. Ford said that the revised Ford Ranger can produce power similar to the 6-cylinder engines of the competitive trucks but with a more efficient fuel economy.

One of the common Ford Ranger turbo problems that have been reported by the Ranger drivers is a failing head gasket. Many have experienced a leaking head gasket that initially shows white exhaust smoke or coolant consumption. Other symptoms of a faulty head gasket includes a rough or a choppy idle, power loss, and milky oil. Faulty head gaskets are usually caused by a faulty cooling system that can lead your engine to overheat.

Some of the reasons why one experiences this problem are poor coolant flow, bad thermostat, and a low engine coolant level.

The turbo engines use direct-injection or DI and not port-injection. It is an impressive discovery and a great technology but it is not without flaws. The DI moves fuel directly into the cylinder while the PI sprays fuel into the intake ports. Engines usually experience oil blowbies every now and then which is a process of oil making it through the intake tract that ends up in the intake ports. With the DI not having fuel flowing over the intake valves to clean them, the carbon deposits can stick to the valves and accumulate that will eventually lead to a carbon build up.

Low-speed acceleration vibration is also one of the common Ford Ranger turbo problems that has been reported by its users. There are Ranger owners that experienced their trucks vibrating upon low-speed acceleration at about 10 mph. The problem was reported on various car websites. There are a number of people that said that the shudder is felt from just behind the driver’s seat and it usually occurs from take offs and lasts just a couple of seconds.

Ford has been notified of the said problem and some of the affected vehicles have been sent to Ford engineers for the evaluation but there have been no reports about it or what causes it yet.

The vibration issue is still a mystery and there are people who suggested that the Ford Ranger has a break-in period and that it will have a smoother ride soon. Others are suggesting that the vibration is caused by several Ford Ranger turbo problems like  a bad transmission mount, an unbalanced drive shaft, a problem with the start-stop technology, or an issue with the ignition timing. Although there have been no confirmations yet that the said components are the ones causing the problem but there are some Ranger drivers that felt some improvements after reducing their tire pressures. It was done by just lowering the PSI in all four tires down to factory specifications

There are also instances where the check engine light pops on which generally means a fuel injector code. Ranger owners had their units checked but the dealers cannot seem to find the problem. There are some that had their PCM or Powertrain Control Module replaced. The PCM is the one that keeps an eye on and helps control the engine’s control module and the transmission’s control unit.

Ford Ranger Turbo Problems: Tips on how to extend your Ford Ranger turbo.

This is why following the recommended oil change schedule is necessary. It prevents your oil and other fluids from being contaminated. Contaminated oil has foreign matters such as metal filaments, increased carbon particulates, and other contaminants. If  the oil is contaminated,  the quality of the engine's lubricating oil will be reduced.

Since the turbo engines are maintenance-sensitive, maintaining the quantity and the quality of your oil is very important in maintaining its performance and longevity. It is because its bearing systems are manufactured to high precision. It will need a lubricating oil that must be totally clean and free from contamination since it needs fine tolerances to obtain the needed high shaft speeds.

You also need to be careful of some foreign matters that might enter in the turbocharger through the air inlet or exhaust inlet for this can cause several Ford Ranger turbo problems that can surely affect its performance. Foreign object damage can be experienced when a foreign object from either the air intake system or leaving from the engine has made contact with the turbocharger rotor assembly and causing a blade damage.

Foreign object damage can be caused by small particles entering through damaged hoses, faulty air filter, broken engine components such as valves, fragments of damaged piston or injector tips, nuts, bolts, washers, rags or other items left in the intake pipe during servicing, particles in the exhaust gas, ice in low temperature conditions, and small pieces from a previous turbocharger failure.

Symptoms of a foreign object damage can include performance loss, turbo noises while it is operating, chipping of turbine blades, and pitting around the compressor inlet and on the compressor blades. To prevent this from happening and to make sure that your turbo won’t fail, you need to ensure that your air hoses are free from blockages and other loose objects, regularly check the air hoses if they are intact and have no signs of damage, and make sure that you have the correct air filter installed.

If you just had a turbo failure, make sure that there are no debris and other fragments left from the previous failure. It is also recommended to use new gaskets to prevent a gasket break up and to ensure that there is a perfect seal. If you are working on your turbocharger, don’t turn on your vehicle without the air intake connected to the turbocharger since rags and other objects can be sucked into the intake system.

When your turbocharger lacks lubrication, it can lead to premature bearing failure and wheel contact with the housings. This is because the turbocharger rotates at incredibly high speeds in your engine which makes it more vulnerable to damage and failure than any other components in your vehicle.

If the proper oil levels are not maintained, you could experience several Ford Ranger turbo problems such as a noticeable drop of engine power, a high pitched noise from the engine, or a black smoke coming from your exhaust. If you notice these symptoms, you better have your unit checked immediately to avoid other potential problems.

Lack of lubrication can be caused by using the wrong oil, low oil levels, oil filter build up, poor oil supply, poor oil pressure, or not properly doing certain engine procedures during extreme cold temperatures. Make sure that you always check your oil levels and use the right oil for your turbo. You can check your owner’s manual to know the recommended oil type.