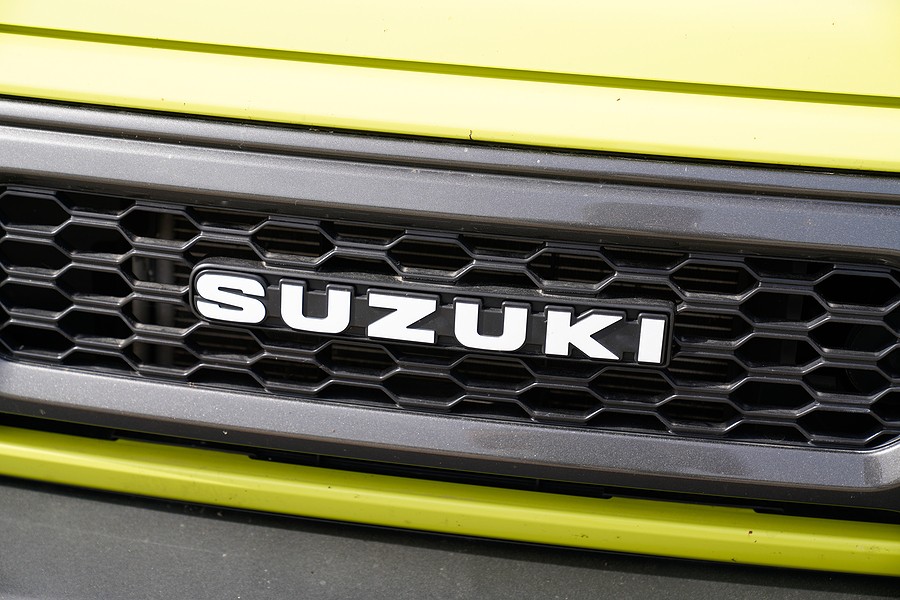 Suzuki Vitara Turbo problems include wearing out brake calipers, dirty DPF (Diesel Particulate Filters), faulty Drive Belt Tension Adjuster Pulley, among others. The Vitara has been a mainstay of Suzuki's lineup since its production in 1988 and has gone through many generations, the most recent of which was released in 2015.

It is a good second hand SUV with strong on-road handling, durability and attractive features. But it is not a complete destruction-proof vehicle. So when getting yourself a Suzuki Vitara you have to get yourself familiarized with Suzuki Vitara Turbo problems to be outlined in this article.

The original series was created to fill the gap between the Suzuki Jimny and the Toyota Hilux. In the United States, the first generation was known as the Suzuki Sidekick. The CAMI joint venture between Suzuki and General Motors developed the North American version.

In most markets, the fourth generation reverted to the original name “Vitara,” but changed from an off-road SUV to a more road-oriented crossover model. The SX4 S-Cross, a lightweight crossover in a similar class, shares the platform and several components.

A 2.0 V6 (Suzuki's first six-cylinder) and a 2.0-litre Mazda-sourced turbodiesel were introduced in December 1994. The Vitara underwent a facelift in 1996, which saw the V6 engine increased to 2.5 litres and a 2.0-litre four-cylinder engine added to the lineup.

A GM-sourced 3.2L V6 replaces the previous 2.7L Suzuki V6. The V6 is only available in the prestige model, which has a power output of 172 kW (234 PS; 231 hp) and torque of 289 Nm (213 lb ft). The addition of VVT to both engines has increased fuel efficiency, and the 1.9L Turbo-Diesel has received some mechanical work to boost its economy.

In some markets, Suzuki launched a special variant of the fourth-generation Suzuki Vitara known as the Vitara S or Vitara Sport. The Vitara S is equipped with a 1.4-litre turbocharged petrol “Boosterjet” engine that produces 103 kW (138 hp; 140 PS) and 220 Nm (162 lb ft), which is 20% more power and 40% more torque than the regular 1.6-litre petrol engine.

If you’re on the market for a Suzuki Vitara with turbocharged engine the following are possible issues you may encounter. Also if you’re planning a second hand vehicle of this model be on the lookout for these particular issues so you can make the best decision when it comes to making the deal.

The need for clean oil and frequent oil changes is one of Suzuki Vitara Turbo problems in its mechanical systems. If this demand is not met, the car will have a very dirty diesel particulate filter, which will get clogged and stuck with soot, allowing the car to emit dirty smoke from the exhaust when it is driving. After your test drive, leave the car idling and walk around the back of the vehicle to examine the amount of smoke coming from the exhaust to see if there is a problem.

It's not unusual for the brake callipers to seize and stop functioning properly after a Vitara has been out of use for an extended period of time. To determine if this is an issue, ask the owner pertinent questions about the vehicle's history of use, and then make sure you measure stopping distances at different speeds in the car. If the brakes don't seem to react or the car takes too long to come to a stop, you've probably found your suspect.

The drive belt tension pulley was one of the most common recalls for this Suzuki vehicle. Thousands of Vitaras were found to have a problem with an internal spring in 2011, which could cause the device to lose tension. An alert light will most likely appear on the dashboard if this problem has not been properly resolved. Even if the owner assures you that there is nothing to be concerned about, pay careful attention.

Move off to the side of the road and inspect the ground. Is there any oil or coolant on the floor? If that's the case, a broken cylinder head in the Vitara's engine may be the result of coolant system issues, which is another one of Suzuki Vitara turbo problems. When you add in low performance and maybe even smoke coming from the exhaust, you have a dilemma that you would want to avoid at all costs.

If you suspect the vehicle has been used for towing, give the suspension a thorough examination because the mechanism is vulnerable to failure. Is the car easy to drive on rough, rocky surfaces, or is the ride too bouncy and uncomfortable? Using a bounce test, see if the car returns to its original location. Push back on the bonnet and bounce it a few times to see if it returns to its original position.

Off-road driving can cause damage to the Vitara's bodywork. If you suspect the car has been used to traverse a variety of terrain, inspect all of the sills, wheel arches, and departure points, as well as the undercarriage. While this does not completely destroy your second hand purchase, if there is substantial harm, it may be worth negotiating a lower price or looking for anything less worn elsewhere.

If you're considering purchasing a used Vitara, chances are it'll be a second or third generation car. Both are decent buys, but the later third-generation cars have received a facelift and have a little more street presence. Still, if you want four-wheel drive comfort in a sturdy, durable package that's easy to maintain and gets decent gas mileage, this Suzuki is a sure bet.

If you hear a metallic rattling noise from the engine then this is most likely caused by a timing chain issue. The tensioners of Suzuki Vitara are known to fail, most especially if the vehicle has been poorly serviced.

One of Suzuki Vitara turbo problems could be lack of power as you press on the accelerator.

This vehicle's EGR (Exhaust Gas-Recirculation) valve is known to become clogged with carbon, resulting in the issues mentioned above. You can clean the EGR valve with carb cleaner and a toothbrush. This should fix the problem as soon as it's washed out and re-fitted.

Suzuki Vitara Turbo Problems: 2013 Grand Vitara, the last model sold in the US

The 2013 Grand Vitara gets an EPA-estimated 19/25 mpg city/highway with the automatic transmission and rear-wheel drive (four-wheel drive is available), which is low for the class. Although some reviewers noted that the Grand Vitara is a capable off-roader, the majority agreed that the ride is uncomfortable on the road and that the handling isn't very composed.

The interior of the 2013 Suzuki Grand Vitara, according to most critics, is simple and outdated. The seats are roomy, and most of the controls on the center stack are simple to use, according to test drivers.

The Grand Vitara's total cargo space is adequate for the class; however, critics have noted that opening the Grand Vitara's side-opening cargo door can be difficult if another vehicle is parked nearby. Bluetooth, a touch-screen navigation device, and a USB port are among the standard features, which are good for the class. There's a rearview camera and leather upholstery to choose from.

The Suzuki Vitara has numerous advantages. This is a really nice car on the road for an SUV that can really do it off-road. Suzuki has an excellent reputation when it comes to reliability, with the Vitara itself as one of the most dependable small SUVs. Current Suzuki owners are unlikely to be surprised by this. A three-year/60,000-mile warranty is common, as is the case with many of its competitors, whereas a 12-year anti-perforation warranty could alleviate any rust concerns.

The Vitara isn't the coolest crossover on the market, but it's still a lot of fun. There's a lot more to like here than you would think. You'll probably opt for one of the many other small SUVs available. Many are more glamorous, and many tend to be sportier, but you'd be foolish to ignore this Suzuki.

It's deserving of praise as a car that nails the fundamentals while still managing to be both enjoyable and practical. It's also attractive, with a nice range of single and two-tone color choices if that's your thing.

If you live in car enthusiast circles, previous generations of Vitara and their suspect body kits probably make it uncool to fall for its charms. The Suzuki, on the other hand, stands out from the crowd and is always fun to drive.

Although there are more upscale small SUVs, the Suzuki Vitara is one of the most spacious and offers excellent value. Even the entry-level model comes with a lot of features, and the mild-hybrid technology helps keep the costs down. Similar-priced competitors, on the other hand, are more enjoyable to drive and have a more upmarket interior.

The entry-level SZ4 comes with 16-inch alloy wheels, cruise control, climate control, a CD player, a USB port, and Bluetooth. It is only available with the 1.0-litre Boosterjet engine. The mild-hybrid technology is used in this 1.4-litre petrol engine.

Its power delivery is solid and smooth, with enough acceleration to get you up to highway speeds or quickly pass a slow-moving tractor on a country road. On paper, this makes the Vitara quicker than the Ford Puma's mild-hybrid variant and the Volkswagen T-similarly Cross's driven petrol engine.

Suzuki hasn't released a new car in the United States in quite some time. Although the last model 2013 Suzuki Vitara did not fare well in terms of performance and appearance it does not discount the fact that overall the Suzuki Vitara is a well known reliable SUV internationally with many of its great performing models as an affordable SUV that does well for city driving and off the road. So if you come across one then you’re in for a treat, you just have to know the Suzuki Vitara turbo problems and deal with them.