How Much Does an Engine Rebuild Price? The Complete Guide! 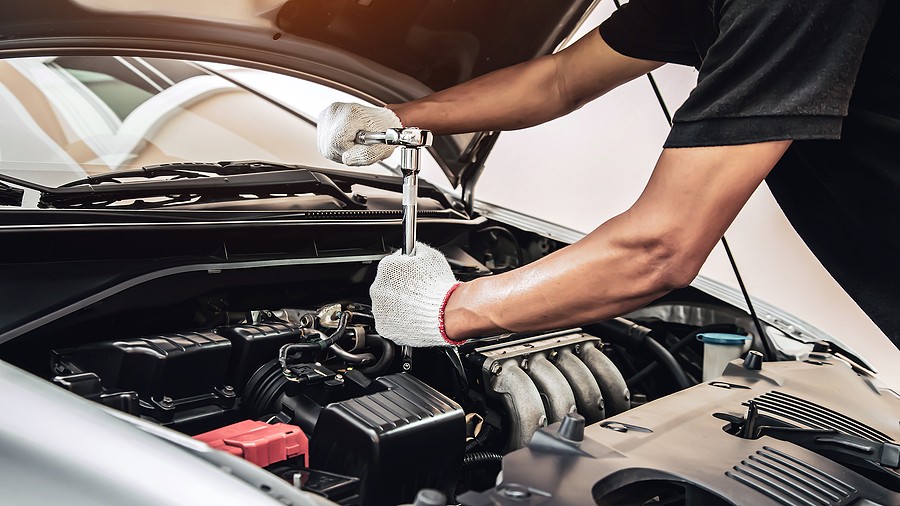 Engine rebuild cost ranges from $2500 and $4000. It all depends on your vehicle's make, model, year, and severity of the engine problem.

Engine failure can be avoided by regular maintenance in most scenarios. However, there might be a point when engine overheating due to a broken oil pump or any other reason can result in significant failure and catastrophic outcomes.

Some people might find it easier to replace the entire old engine; However, replacing the engine can be very costly. Another great option would be to have a professional mechanic rebuild your engine.

An engine rebuild is not cheap and must be done by a professional mechanic with the proper experience. Otherwise, you might face engine problems very soon.

This article will provide you with a general idea about the engine rebuilt, and then, we will walk you through rough estimates about engine rebuild costs.

We will also highlight the main differences between engine rebuild and engine replacement regarding costs and efficiency.

What is an engine rebuild?

When your mechanic performs an engine rebuilt, here is all that happens:

How do you know when you need an engine rebuild? Symptoms of engine failure

Luckily, when your vehicle has an internal problem, it will tell you even before the problem starts or worsens.

Like any other major car problem, engine failure has some common symptoms you might need to look for, including:

If you've noticed any of the mentioned problems, you'd better take your vehicle to a professional mechanic immediately to prevent any catastrophic problems from happening. Sometimes detecting the problem early can help you solve it and take care of it felt needing to replace or rebuilt the entire engine.

However, if you got to the mechanic literally, you might not even be able to rebuild the engine, and in that case, your best option can't be to replace the engine. In some cases, replacing the entire engine might not be worth it because the repair costs came equals 75% or more of your vehicle's overall value. In that case, you'd better get in touch with cash cars fire to sell this vehicle and use the payment to buy the better care you deserve.

Engine Rebuild Cost Near Me

If you've noticed any of the mentioned symptoms of a bad engine, you might be searching for “Engine rebuild costs near me.”

There is no one clear answer for how much an engine rebuilds cost. This is because it depends heavily on your vehicle's make, model, year, and severity of the problem.

In general, most vehicle's engine rebuilds cost ranges from $2500 and $4000, which includes both parts and labor costs.

In some engine rebuild, you might only need to replace the bearings and seals. However, another engine rebuild requires replacing major components, which adds to both the parts and labor costs.

What's it looks at how much would it cost to rebuild a 4-cylinder, 6-cylinder, and 8-cylinder engines:

Is it cheaper to rebuild an engine or replace it?

When you get to a situation where your engine fails, you need to get your vehicle running as soon as possible, and, in that case, you need to differentiate between engine rebuild cost and engine replacement costs.

In general, according to most overwatered experts, it's much cheaper to rebuild your engine than replacing it. Of course, this depends heavily on the severity of the damage because, in some scenarios, it might not be even worse rebuilding the engine. After all, the problem can be severe and affected all major components of the engine.

In some cases, engine revolt costs can be as low as half of engine replacement costs.

One thing to consider if you're trying to select between engine rebuild and engine replacement is the potential future problems.

Therefore, you need to evaluate the situation and make sure that you have an experienced mechanic, probably from the same brand, who does the engine rebuild for you rather than saving on labor costs and going to a small repair shop.

As we highlighted earlier, engine failure is a major problem, and it requires very high costs whether you're deciding to go with engine rebuilt or engine replacement.

Thus, it might be worth spending some time researching Ann Wilson until most frequently as questions about this topic and probably get some advantage from these answers.

Let's look at the most frequently asked questions about engine rebuild costs:

It's not very rare to end up buying a vehicle that has a rebuilt engine. This is not great news.

It is crucial to make sure that you never get into this situation by doing your own homework and making sure that it does not have a rebuilt engine.

To do so, you can look under the hood and get the vehicle's VIN.

Once you have that number, you can check for the vehicle's history and probably ask your professional mechanic to inspect the cylinders and ensure that the engine was not rebuilt.

Even if the prepurchase inspection might cost you some money, it's saving you a lot of money in the future.

No, your vehicle's odometer will not be reset when you rebuild the engine. The odometer is not linked to the engine and has to do with all vehicle's other components, not only at the engine.

It depends. There are many situations where people thought an engine rebuild much better than the previous engine that was originally installed in the vehicle.

However, other situations where people got the engine rebuilt and that engine faced significant damages immediately after the adult was done. Thus, it's very important to get your Engine rebuild in the right place to avoid getting in such situations.

If you got your engine rebuilt the right way and with a professional mechanic who knows what he's doing, you can easily get 10s of thousands of miles out of this revolt engine.

Of course, proper maintenance to this rebuilt engine is required to make it last as long as possible.

There's no actual limit to how many times your engine can be rebuilt. Every time you were trying to rebuild an engine, the mechanic will take apart the entire engine and replace all faulty components.

Thus, depending on the severity of the problem, the required components of your place can differ, and thus, every time the engine is put together back, it is ready and good to go and does not affect any future result attempts.

Not necessarily. If the vehicle that you were trying to purchase was rebuilt the right way and achieved the OEM standards, it might be even better than the originally installed engine in the vehicle.

Many people get confused when their vehicle's engine failed and required either rebuilt or replaced.

Rebuilding or replacing your engine does not have to do anything with changing the vehicle's title.

Your vehicle's title changes only if your car is considered as a damaged or total loss. An insurance company is not willing to fix it because it's not worth fixing it.

Thus, when you change the engine or replace it, it's like changing the oil or doing any regular maintenance and doesn't have to have to do anything with your vehicle's title status.

Let's make sure that we're clear on this point. When you rebuild the engine, you're giving it more life and extending its lifespan with a better performance. This does not have to do anything with your vehicle's value.

However, if you're trying to sell a car with a bad engine and attempt to rebuild the engine, you can get a better offer, which means that you can select it for a better value.

Is it worth engine rebuild costs?

This all depends. If your car has any other major problems like the transmission or the catalytic converter, you need to step back and evaluate the situation.

As a rule of thumb and based on automotive experts' recommendations, if you notice that repair costs are getting up to 75% or more from your vehicle's overall value, it's never recommended to replace or rebuild your engine.

Another thing to think about is your vehicle's overall knowledge. If you notice that your vehicle has a lot of mileage, there is a high chance that this car will face significant problems soon, and thus, it might not be worth rebuilding the engine.

What if I can't afford engine rebuild costs?

If you got into a situation where it's not worth rebuilding your vehicle's engine, we recommend that you get in touch with Cash Cars Buyer.

Cash Cars Buyer is one of the top-rated car removal companies in the nation, and we guarantee to buy your car even if it has a completely damaged vehicle or any other major problems.

Our offers are based on a massive database of previous purchases for similar vehicles around your area. We also consider the price of scrap metal.

All it takes you is a quick conversation with our team describing your vehicle, accepting our instant offer, scheduling a pickup time and location, getting your vehicle removed, and receiving a cash payment.

The best thing about our company is that we provide the top offer your vehicle would ever make around your area, free towing for all customers despite their address, and cash payments to prevent any hassle in the car selling process.

To get more details about our process, give our team a call at 866-924-4608 or visit our home page and click on the free instant online offer. Our process is explained in detail in this link.