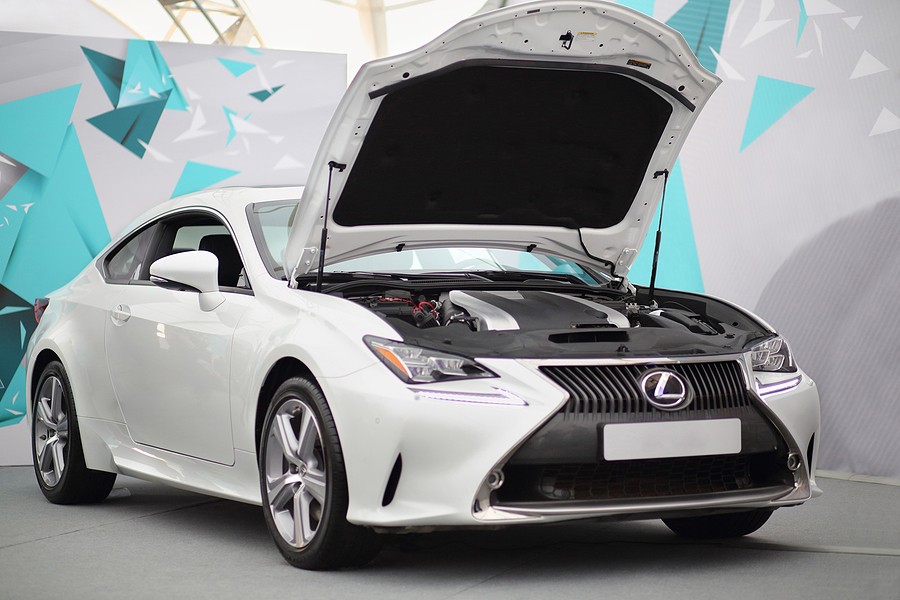 Timing belts and timing chains perform the same function in the engine of your vehicle. They linked the crankshaft and the camshaft to ensure that they move in perfectly synchronous time. As the crankshaft spins and allows the pistons to rise and fall in the cylinders, the crankshaft moves at the same time thanks to your timing belt or chain which allows the valves to open and close. In an interference engine, if the timing belts were to break, then the pistons would crash into the valves in the cylinders and could potentially cause serious damage to your engine.

The Difference Between a Timing Chain or a Timing Belt

As we said, timing chains and timing belts do the same job in your engine. The main difference is durability and materials. The timing chain is very much like a bicycle chain. It's made of metal, it's sturdy, and it's very thick. A timing belt looks like any rubber belts that you might find under the hood of your car such as a serpentine belt. It has teeth on the inside that grip the gears on the end of the crankshaft and the camshaft so that it can stay in place as they rotate. Although it is often called a rubber belt, they are typically made from a composite material and will include metal or even nylon threads to help strengthen the overall structure.

As durable as timing belts are, they are obviously not as strong as a timing chain. Timing belts have a tendency to stretch out over time, and they may wear down or break off as well which can cause them to fail. For that reason, timing belts require some routine maintenance to make sure that they are still in good working order. On an older Lexus you'll definitely need to be doing this if the timing belt is in place because, after this many years, it's very likely to start wearing down. A good rule of thumb is to give a timing belt and inspection every 30,000 miles or so, but they tend to be requiring replacement between 60,000 miles and 100,000 miles.

Timing chains used to be par for the course and vehicles back in the day but fell out of favour in the late 70s and through the 80s because of cost-cutting measures. Timing chains are made of metal and are technically meant to last the life of your vehicle. There's no scheduled maintenance for a timing chain but that doesn't mean they can't fail as well. Mechanical failures, accidents, and other problems can result in the timing chain failing eventually. There's no way to plan for that though, but it never hurts to give a timing chain a visual inspection every once in a while, as well.

Does A Lexus Timing Chain Ever Need to Be Replaced?

This is a tricky question to answer because it's one of those yes and no thanks. As we said, a timing chain is meant to last the life of your engine but what exactly does that mean? The life of your engine on paper is not necessarily the life of the engine inside your actual car. What that means is that a timing chain is designed to last for 200,000 to 250,000 miles or so without any problems. But it's possible that it could fail at that point.  That means that yes, the timing chain could fail on you at some point even though you're still driving your Lexus and it's an otherwise good condition.

The problem with timing chain failures is that they usually don't have nearly as many signs and symptoms as a timing belt does when it fails. As we said, a belt can stretch out and lose teeth, but it is less likely to see things like that and a timing chain. The chain can become too stressed over time and not fitting snugly, but otherwise it usually gives very few visual signs before it breaks entirely. If you've been driving with the timing chain for over 200,000 miles, it couldn't hurt to have a mechanic give it a look just in case they could see anything wrong with it.

What Does it Cost to Replace a Lexus Timing Belt?

If you have an older model Lexus that still uses a timing belt the cost of getting it replaced is going to be anywhere between $600 and about $1,000. Timing belt repairs are not cheap on any vehicle however, so this is not too far outside of the normal range that you might expect to pay for a timing belt repair. The high end of the scale is definitely more than you might pay for a Toyota Camry timing belt replacement on an older model, but part of the cost of having a Lexus is knowing that you're going to be paying extra for routine maintenance and repairs as well.

In terms of timing chains, that could end up costing quite a bit more especially if you need the timing tensioners replaced. These repairs could cost anywhere from $1,500 to as much as $2,500 and potentially even more.

Unfortunately, your Lexus simply can't run without a timing chain or a timing belt so if you get to the point where you need these repairs done, they absolutely have to be done. If your timing belt or timing chain begins to fail and then ends up breaking on you the damage that it can cause to your engine will be extreme. You could suffer catastrophic engine failure, especially if you have a timing chain because that causes even more damage.

Signs and Symptoms of a Bad Timing Belt in my Lexus

When the timing belt fails in your engine that can cause some serious damage over the long-term. Fortunately, there are a few signs ahead of time to let you know that a belt is failing. The way a timing chain fails is different from a timing belt, so we'll address that separately.

When the teeth begin to wear down or fall off of a timing belt you can start producing an unusual ticking sound as it spins between the camshaft and the crankshaft. This is one of the earliest warning signs that there's a problem with your timing belt and it should stand apart from the normal noises you're used to under the hood of your car.

As we said, the timing belt is responsible for the precision timing of your engine so when it fails that timing is thrown off. If the crankshaft and the camshaft aren't moving in synchronization, then the pistons will be rising or falling when the valves are not necessarily in the right position. The air-fuel mixture will also be injected at the wrong time relative to all this movement, and the ignition will take place at the wrong time. When the timing is thrown off enough, then the engine simply will not fire in one or more cylinders at the right time which results in a misfire.

If the timing belt cover on your timing belt begins to come loose oil around the bolts can start leaking out. You may know this oil spots in the driveway under where you park your vehicle, but the oil can also Leak onto the timing belt itself and cause it to wear out sooner than normal.

When the timing belt has begun to wear down, your engine starts to suffer from some rough idling problems as well. This will manifest as some louder than normal noises as well as vibrations when you're simply sitting in your car with the engine running.

Unfortunately, a check engine light isn't extremely helpful in diagnosing any problems you may be having in your vehicle. However, if the check engine light does pop up on your dash  along with a problem with your timing belt that has manifested as any of these other symptoms then it's a good confirmation that you should be getting your timing belt checked out as soon as you can by a licensed mechanic.

If you want some further confirmation you can always pick up your own OBD2 scanner on a site like Amazon for just $30 to $40. When you plug in the scanner to your car it can help diagnose the check engine light and let you know if it really is a problem with the timing belt or something else that you need to take a look at.

Signs of a Bad Timing Chain in My Lexus

Although a timing belt is far more likely to stretch because of how it's made, a timing chain can suffer stretching if it's not from eating properly. Timing chains require oil for lubrication, and if it isn't getting the right amount of oil or the oil is worn out, the chain can suffer some wear and damage. The rollers and links that keep it moving to grind against each other and eventually cause the metal to distress. This distress will eventually cause the chain to lose its shape and potentially slip from the gears.

Just like the rubber teeth can come off of a timing belt, a timing chain can grind down and drop metal shavings into the oil pan. If you're finding shavings when you do a routine oil change it's possible that they're coming from your timing belt.

Much the same as the misfires that are caused by a timing belt failure, timing chain misfires are a result of the lack of synchronization between your camshaft in your crankshaft. Because the timing chain or the tensioners that keep it lined up are failing, the timing will be thrown off and you can potentially suffer a misfire

As we've said, most modern Lexus models make use of a timing chain rather than a timing belt. If you have anything free 2005 to 2006 it very likely uses a timing belt but the only way to know for sure without taking a visual inspection is to check out your owner's manual. If you don't have that handy, you can Google the exact model and year of your Lexus to find out whether or not you have a chain or a belt installed.

Even though both the timing belt and a timing chain do the same job on your Lexus it's important to know which one you have. While a timing chain can last a very long time and doesn't require a lot of maintenance be on ensuring that you're keeping your oil levels topped up and clean, the timing belt will need to be maintained and inspected on a fairly regular basis so you can avoid any issues related to it breaking unexpectedly and causing some serious damage under the hood of your vehicle.