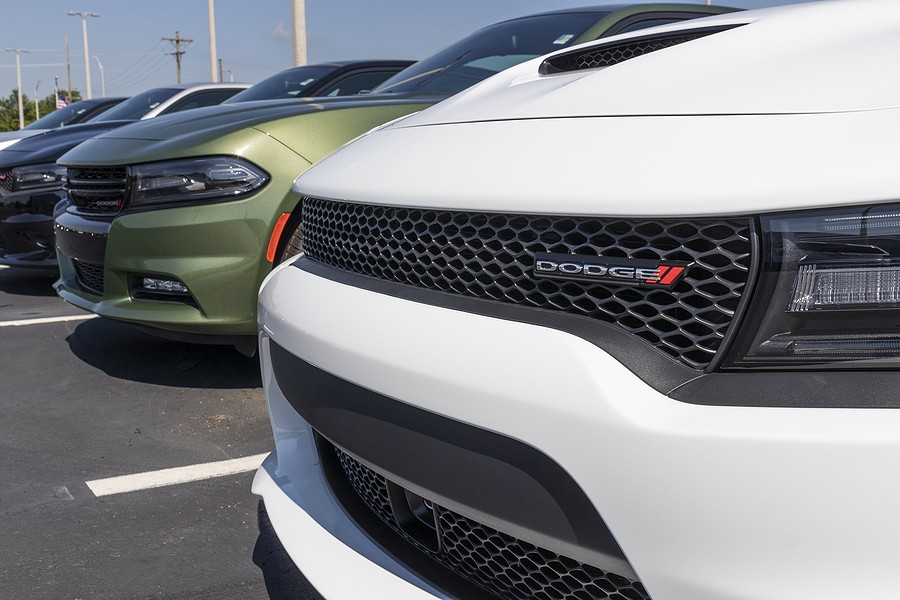 The Dodge Charger won't start because of a problem with the battery, the fuel system, the alternator, and other rare reasons.

There is never a good time for dealing with Dodge Charger starting problems. Whether you're rushing to drop off the kids at the school or getting ready for your doctor’s appointment, it is never the ideal situation to deal with!

When dealing with his problem, whether your Dodge Charger is new or used, you need to be ready to take some actions to resolve the problem temporarily and get rid of it permanently.

This article highlights the main causes for Dodge Charger not to start. We will list all potential solutions that need to be done to resolve the problem permanently. We will also add some tips and tricks when possible to get your Dodge Charger going, so you can at least reach the mechanic shop.

Your Dodge Charger consists of hundreds of internal components that are involved in this starting process. Any of these components are susceptible to wearing out or getting damaged, causing a significant disturbance to the starting system and therefore, your Dodge Charger won't start.

As a driver, you need to familiarize yourself with these components. However, it is hard and almost impossible to understand these hundreds of internal components involved in the starting process.

Luckily, automotive experts shorten and narrow down the list of potential causes for your Dodge Charger starting issue. The list below highlights these causes in order. According to our previous experience, your starting problem with the Dodge Charger should be resolved immediately after going through the first couple of items in the list below.

When your Dodge Charger won't start, the first thing you need to check is the battery. Better is responsible for sending the initial charge to get the vehicle started.

Without a battery, nothing will work, and the starting system will not send anything to the engine.

When the issue comes from your battery, it's not necessarily because the battery is very old. Some brand new batteries are installed in Dodge Charger vehicles, and the starting problem is still Starting problem.

This is because most new batteries do not operate at their full capacity, and therefore, you might need to wait for a couple of days before determining whether the battery is faulty or not.

The most common starting issues coming from the Valley usually come from older batteries. If you know that your Dodge Charger battery is getting close to the end of its lifetime, you will need to install a new one.

If you have confirmed that the battery is faulty and prevents your Dodge Charger from starting, you can perform a quick trick to get the vehicle started temporarily. Still, you need to resolve the problem completely.

To do so, you can perform a quick jump start. Remember that automotive experts do not recommend jumping starting your vehicle frequently because this can hurt modern vehicles' electrical components.

Once you will jump-start your vehicle and get to the repair shop, the next step is to have your professional mechanic inspect the battery and confirm that it still holds a charge and nothing wrong with it.

Once your mechanic confirms that the battery is bad, you will need to install a new one that appears at. Some drivers prefer to go with used batteries in decent condition. However, when installing a used battery, you need to be prepared for any problems that might happen very soon.

The starter is responsible for receiving the electrical current from the battery and converting it into larger energy where the engine can use it and get started.

The large energy your starter sense to the engine allows the engine to start the combustion process and get running.

Over time of use, the starter motor also goes bad and fails. As a result, your Dodge Charger won't start even if you have a good battery.

In most scenarios, when the starter goes bad, your vehicle will not respond at all to any attempts to start it. On the other hand, if your Dodge Charger has a battery that can't hold the charge, you might see some responses from your vehicle we are. You might see the lights flashing.

Unfortunately, the bad starter problem does not have a workaround solution. In the end, you need to tell your vehicles to the nearest mechanic shop and have them install a new starter. You can't simply jump-start your Dodge Charger to get it going.

There are some scenarios where your fuel tank is empty, and you're just not aware of it. If you notice that your Dodge Charger’s engine is trying to crank, but it does not, you might need to look at the fuel level in your fuel tank.

If you are one of those who run on low fuel most of the time, it is not rare to deal with your Dodge Charger won't start because of a low fuel level.

It is recommended that you never drive a vehicle on a low fuel level to prevent paying for high repair costs. Imagine how much it will cost you to tell your vehicle, thinking that it has a major problem, but it's only a low fuel level!

If your fuel tank is empty, you must add more fuel to get the vehicle going. Unfortunately, when the fuel tank gets empty, you can't drive the vehicle to the nearest gas station. Therefore, you only have the chance of purchasing at government-approved gas containers that any gas station should sell. You don't need to purchase a larger one because you want only to get the vehicle going so you can drive it to the nearest station.

Even if your vehicle has a good battery, battery cables, and start her, it will need a good alternator to keep charging the battery whenever it needs and have it ready for your next Dodge Charger start.

When the alternator goes bad, your vehicle will make some signs very similar to a dead battery. However, many people find it very hard to differentiate between the root of the problem, whether it's the battery or the alternator.

It's not surprising to deal with about alternator because the alternator, like any other mechanical component, will die and wear out over time of use. However, about alternator will be associated with certain symptoms of a bad alternator that you might notice before dealing with the starting issue.

For instance, when your alternator goes bad, you will start noticing that your vehicle's lights are getting dimmer, and if you try to use the windows moving power, it will be very slow or sometimes might fail.

Like the bad starter, the alternator is one of those problems that you can't resolve, and it will have a workaround solution. Therefore, your only one solution is to toll your vehicle to the nearest repair shop and gets the alternator replaced.

While the first four mentioned issues might be all that you need to look at when dealing with Dodge Charger starting problems, there are some other potential reasons in rare situations.

For example, you might need to check the following items:

When your Dodge Charger won’t start, and the push button also doesn't work, you might need to try using the physical key fob. There might be many possible reasons behind this problem which could be related to a dead battery, an empty key fob battery, or loose battery connections.

Dealing with starting issues in your Dodge Charger and hearing some clicking noises is an unmistakable symptom of a bad starter motor.

Keeping my beds, there might be a combination of different issues causing the starting issue in your Dodge Charger. Therefore, after installing the new starter motor, you might also need to check the battery, the battery cables, and the alternator.

When your Dodge Charger won't start, and you still hear the engine cranking, the problem is most likely related to the engine itself.

There might be an issue with the combustion system. For instance, the spark plug might not be performing properly, and therefore, the engine cannot fire the air-fuel mixture.

Also, there might be an issue with the fuel system. Therefore, take a look at the ignition switch and other components within your fuel system.

When you see the red lightning Bolt on the dashboard of your Dodge Charger, the problem might be related to the security system.

In some scenarios, Dodge Charger might detect some theft signs, and therefore, it will lock you out. The best solution for this situation is to lock and unlock the doors a couple of times. If it didn't work, you might need to disconnect the battery for a couple of minutes and then reconnect it.

Several owners of the 2007 Dodge Charger complained about starting issues. In most scenarios, the problem is most likely related to a drained battery because most customers indicated seeing the lights coming on but the vehicle not starting.

When the battery does not hold the charge or has a very low charge, it can provide all the electrical current necessary to start the lights only but not to get the vehicle going. Your vehicle requires a large amount of electrical current to get started, and therefore, you need to have a properly working battery to make the process happen.

Again, hearing some clicking noises when you are 2018 Dodge Charger won't start indicates an issue with the starter motor. Therefore, after checking the starter motor, look at any other related components to the sorting system like the battery, battery cables, and fuel system.

There are scenarios where the 2018 Dodge Charger won't start because of a combination of issues, not only because of a starter motor that's not working properly.

Whether you have a used or brand-new Dodge Charger, dealing with starting issues is not very rare. It can be very challenging for inexperienced drivers to deal with these starting issues, and therefore, it is very important to familiarize yourself with all possible reasons behind the problem.

In most scenarios, Dodge Charger won't start either because of a problem with the battery, the fuel system, the starter motor, the alternator, or the engine itself.

In some cases, fixing the Dodge Charger starting problem can be affordable. However, there are situations where you can't afford it, or it's very expensive to install pricey parts.

If you have a Dodge Charger and it's giving you a hard time getting repaired, you might need to consider selling it to Cash Cars Buyer.

Cash Cars Buyer will pay you the top dollars for your Dodge Charger and provide you free towing despite your address around the United States.

Our process is very straightforward, and to get more information about us; you can give us a call at 866-924-4608 or visit our home page click on the free instant online offer