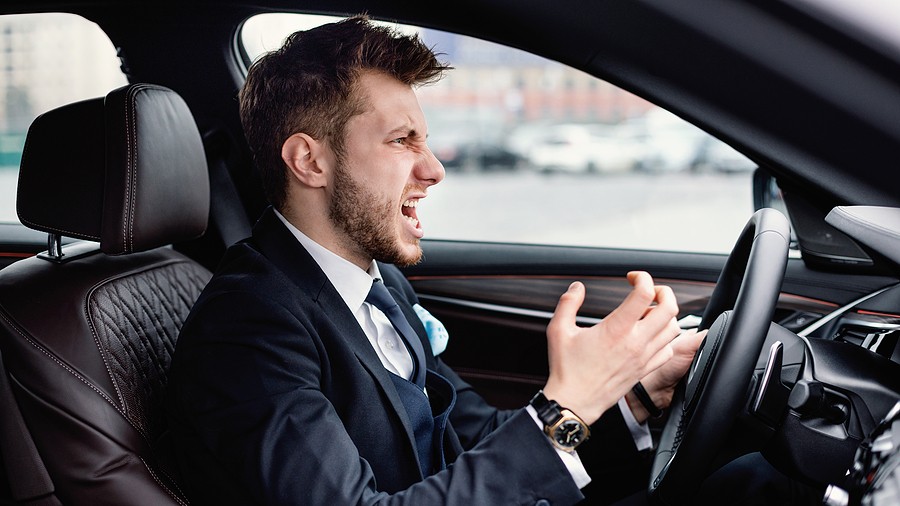 What could be the reason for the car turning off after starting? Sparks, fuel and air are three requirements for an internal combustion engine to work correctly. And if any of these elements are in incorrect proportions or worst missing then the engine will eventually die right away. So lack of or excessive fuel, air leaks, faulty spark plugs could be the culprits of a car turning off when starting. The combustion process is extremely delicate, and a fine balance between all of those components must always be preserved.

It's typically pretty simple to remedy a no crank/no start situation. The diagnostic method, on the other hand, can be a little more complicated in the case of a car that starts but then dies. The most common causes of engine stalls at startup will be discussed in this article. We'll also go over what you can do to get your car back to normal as soon as possible.

Your car would stall due to either too much or too little fuel, so you must decide which is the case. The most common cause of your car starting and then dying is a shortage of fuel in the engine. This also occurs when there is just a small amount of fuel in the fuel rail to support the engine start, but no fuel pressure to keep the engine going.

However, a lack of fuel is relatively easy to find. You can either add a fuel pressure gauge to the fuel rail or carefully lose a bolt there while cranking the engine to see if there is any fuel pressure. However, be careful not to set anything on fire.

To check if there is too much fuel you can check by removing one of the spark plugs. If you notice a strong fuel odor coming from the spark plug hole, you know your car issue isn't caused by a lack of fuel. Instead, an excessive amount of fuel is pumped into the combustion chambers, resulting in flooding. Misfires and jerks are common symptoms of engine flooding. The unburned fuel would eventually drip down the cylinder walls and collect in the oil pan.

If you remove the oil dipstick and smell it, you'll be able to tell if your engine oil has been polluted with petrol. In some of the worst cases I've seen, so much fuel had collected in the oil pan that the oil level on the dipstick had actually risen. Once the issue has been identified and corrected, an oil change will undoubtedly be needed.

One of the first things a mechanic will chec in case of a car turning off after starting is the ignition system like the spark plugs has gone bad. It is, by far, the most likely device to malfunction and cause intermittent issues. It's also the simplest system to inspect, so why not begin there?

To test the ignition mechanism, find the fuel pump relay inside the engine bay's fuse box and remove it so the engine doesn't flood while the tests are being conducted.

Keep the anode or “tip” of the spark plug to a metal portion of the valve cover or the engine head when gripping the coil/wire with shielded pliers to stop any electrical shocks. Request that someone start the car and keep a close eye on the spark plug tip.

If the ignition system is working properly, you can see a bright spark between the anode and cathode of the spark plug. Since the issue here is that the engine starts but then dies, it should be sparking fine. The fact that it began for a second or at least tried to suggest that it was generating a spark for a brief moment before stopping for some reason.

Reinstall the fuel relay and repeat the procedure, paying attention to whether the spark disappears just before the engine dies or not. Keep your eyes safe because fuel could squirt out of the cylinder if the spark plug isn't in the hole. If it goes away before the engine stalls, you might have discovered the source of your problem.

However, you are not yet out of the woods. Knowing that your car is stalling due to an ignition problem isn't enough.

The battery provides the needed power to turn the starter when you start your car. The battery circuit is switched off and the alternator takes over as soon as the engine starts and the starter returns to its original location.

If your car's alternator fails to provide the proper amount of fuel, the engine will slowly drain the battery and eventually die. This is another reason for a car turning off after starting. If the circuit is open somewhere inside the alternator or the battery isn't in good condition, it can even die right away.

It's difficult to evaluate an alternator when the engine can't be kept running, since the alternator needs the engine to generate electricity. The battery can be connected to a 12V power supply to keep the car going as long as possible.

Take out an auto digital multimeter and monitor the power output directly at the alternator once it's over. Anything less than 13.5V-14V indicates that something is wrong with your alternator, and it will need to be replaced or rebuilt.

A bad ground connection between the engine and the vehicle's body can result in a higher-than-normal resistance in the circuit. As a result, the amount of power hitting the different electrical components would be reduced. The ignition system is normally one of the first things to fail in such a situation.

It’s a typical case to see that the ground is still in good condition to let power go through when the engine is stopped so the vehicle will indeed start. However, when the engine begins to shake as the pistons go up and down, the wire will start to shake too and may not function as well anymore, causing the engine to stutter and stop.

The easiest way to find out whether or not the ground is the culprit why your engine suddenly dies is to supply it with a known good ground alternative. Get a big wire or some booster cable. Connect one end of the cable to the battery’s negative side and the other end to the transmission or engine head. If the problem is fixed, you can be certain that one of the ground connections is bad. Check for rust and wear on main ground/body connections.

A faulty sensor could also cause a car turning off after starting. A misfire would almost certainly occur if the spark that ignites the air/fuel mixture is not perfectly synchronized with the pistons. The data from the various sensors mounted on your car is fed into the powertrain control module (PCM). The PCM is an automotive control unit that is generally a combined controller, which consists of the engine control unit (ECU) as well as the transmission control unit (TCU)  It will then advise other modules on how to act.

The PCM can change the speed, duration, and time of the spark to stay as fuel-efficient as possible depending on the temperature, altitude, location of the gas pedal, and a variety of other factors.

The ignition module will use the crankshaft and camshaft sensors to monitor the location of the pistons, as well as the mass airflow sensor to determine the amount of oxygen in the air, to accomplish this. If one of those sensors fails, it may result in a series of misfires. This causes the engine to die, or a preventative shutdown of the ignition mechanism causes the engine to stagger.

Sensor diagnosis is a difficult job for purists. It could be best to leave it to the experts. However, if you have some basic auto mechanic skills, you can use a scanner to monitor the data from the suspected sensors to see if any readings are out of control. If that's the case, swap out the defective sensor and try again.

Even a perfectly calibrated MAF sensor can't compensate for an air leak later in the intake device. The mass airflow will perform its duties and send its data to the PCM. The extra air that enters through a gap in a hose somewhere, on the other hand, will distort the final A/F ratio.

Check for dried-out hoses and air tubes, as well as loosened hose clips and broken air intake gaskets. While the engine is working, spray suspicious components with brake cleaner to detect any cracks or leaks.

Make sure the anti-theft device is functioning correctly if the anti-theft light has been flashing lately. The problem of the car turning off after starting may be caused by the anti theft system itself. To get the engine to function properly again, you will need to reset the system (force the system to go through a re-learning procedure).

When the anti-theft system is on, the car will not transmit any power to the fuel pump, which creates fuel pressure in the fuel rail. This will cause the car to start only for some seconds. If you have a factory-installed anti-theft warning device, you can see a key indicator on your dashboard that should turn off a few seconds after you turn the ignition on. If not, try locking and unlocking your car and trying again.

If it's not lightened up, your car key could be malfunctioning. If you have an aftermarket anti-theft alarm, it's possible that the alarm is malfunctioning. Consult your vehicle's repair manual if necessary.

This idle control valve can become dirty over time, causing the idle to malfunction. You should try cleaning this valve to see if it improves things.

The ECU is a computer system that manages the fuel injection system and other engine functions. Since a vehicle requires fuel to travel, any ECU failure would result in the car turning off after starting

The engine components are controlled by the ECU through a series of sensors. The sensors become inaccurate over time and send erroneous data to the ECU.

A defective PCM is the last but not least, and also the worst-case scenario. Always keep in mind that the PCM is what holds it together. It is his responsibility to view all incoming data and react appropriately.

Simply put, if the mapping or software is inaccurate, it will not be able to change the A/F ratio. It may also choose not to tell the IAC to open the throttle, the spark plugs to fire, the injectors to inject fuel, and so on

However, powertrain control modules are notoriously costly and difficult to test and inspect. Furthermore, they are fairly accurate, with defective PCMs being extremely rare. When you hit the “replace the PCM” point in your troubleshooting map, as many auto mechanics advise, you should probably start over and re-test everything.

Car Turning Off After Starting: What You Should Do

The problem with a car turning off after starting should be checked out by a mechanic. Problems involving fuel management and electrical systems will only become worse if not looked into and fixed immediately. Paying attention to warning lights and exercising caution will help avoid more damage to a critical engine part, as well as save money on repairs.