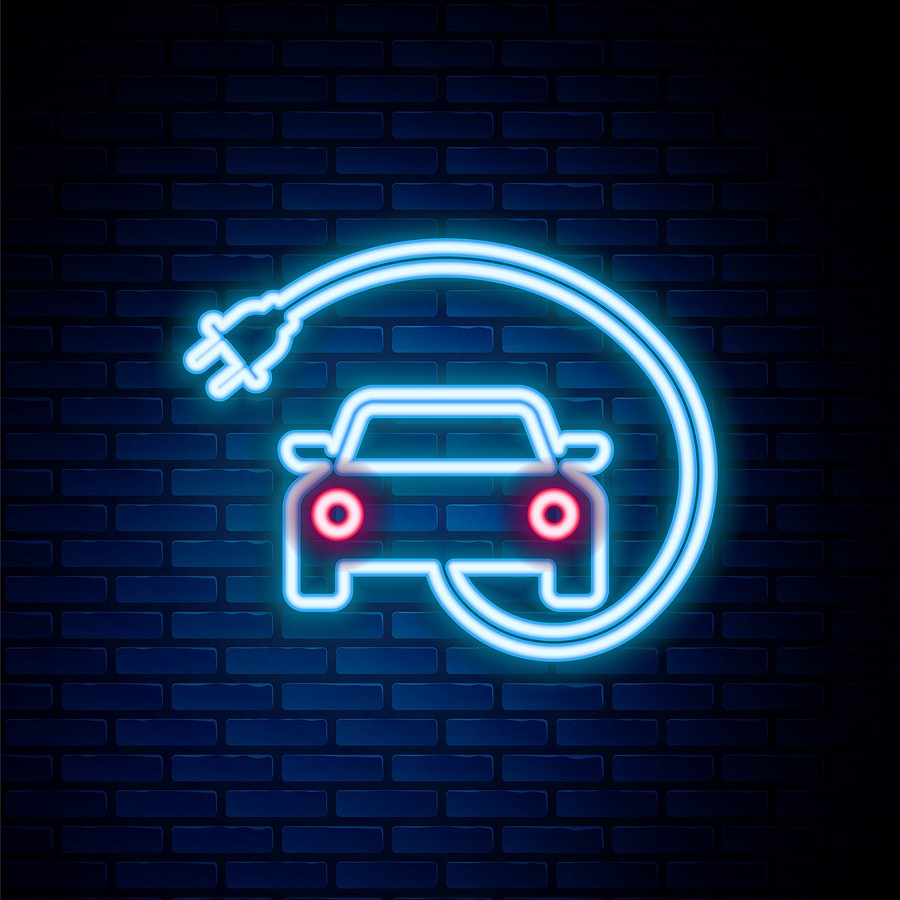 The common symptoms of a bad glow plug are difficulty starting, check engine light illuminating, excessive white smoke, and a significant reduction in the engine's performance.

Unlike gasoline engines, the combustion system in a diesel engine requires an element to heat the air-fuel mixture and get it ready for combustion. This element is called the glow plug.

The glow plug is not designed to last forever, and there will be a point of time where you must replace it due to premature wear. Once the glow plug goes bad, it must be replaced immediately to prevent undesirable consequences, especially those related to difficulty starting.

As a driver of a diesel vehicle, you need to be well prepared for any symptoms of that glow plug. By detecting these symptoms early, you can save a lot on repair costs as you prevent major complications from happening. You also prevent putting yourself in a situation where you are stuck without a running car in a place with no help nearby.

What is the glow plug, and what does it do?

Before we dive into the details about the main symptoms of a bad glow plug, it is important to step back and understand the basics about what the glow plug is and what does it do.

The glow plug is a small heating element responsible for raising the air fuel mixture's temperature and getting it ready for combustion in any diesel engine.

Any glow plug contains a couple of important components, including the threaded body, the terminal, and the tip. Voltage goes through the terminal 1st and then allows the glow plug to generate energy to heat up the air-fuel mixture in the diesel engine.

In more advanced vehicles, the glow plug is controlled by a functional module that keeps an eye on any electrical input to the terminals of the glow plug. The module controls activated the glow plug and when to deactivate it depending on the temperature of the air-fuel mixture.

What are the common symptoms of a bad Glow plug?

Glow plugs are not designed to last forever. Since diesel engines are considered heavy-duty to some extent, glow plugs can get damaged, resulting in undesirable outcomes, which might get your vehicles stuck in nowhere without starting it.

The good news is that your car will tell you if the glow plug is going bad before it even does. There are several common symptoms of that glow plug, including:

Have you ever heard that diesel engines do not work very well at cold starts? Thanks to the glow plug that resolves the problem.

But, with the glow plug goes bad, there is no assistant to the diesel engine, and it will not be able to burn the air-fuel mixture because it's completely cold.

While a one-damaged glow plug should not prevent your diesel engine from starting, having multiple faulty or malfunctions in several glow plugs can do so.

Modern vehicles are equipped with some features allowing any problems in the glow plug to trigger certain warning lights. The control module in charge of monitoring the performance of the glow plug is responsible for sending the signal to the internal computer of your vehicle and letting it know that the glow plug is not working properly. The driver should know at this point.

Since the check engine light illuminates for various reasons, you need to replace the glow plug to confirm that the problem is coming from it.

To do so, you can use an OBD 2 scanner that can scan and read any internal problem through codes and translate it into something meaningful on the screen. If you don't have advanced OBD 2 scanners, you might not understand what the code means, and, in this case, you better search it online. There are plenty of available resources through Google that can help you translate the error code of your vehicle’s computer.

Once it's confirmed that the problem is coming from a bad glow plug, your next step is to place it immediately to get your vehicle going as soon as possible.

It's OK to see some white smoke coming from the vehicle's exhaust system drink cold starts. However, if this white smoke becomes excessive and you are noticing that it's more than usual, you need to be concerned at this point.

Any white smoke indicates that there is some unburnt fuel in the combustion system. Since we're dealing with diesel engines, the problem is most likely related to the unheated air-fuel mixture, directly from about glow plug.

It's important to notice that white smoke can also come from a coolant leak to the combustion system, which might be related to a bad cylinder head. Therefore, you need to perform a thorough diagnostics of your vehicle to confirm that the problem comes from a bad glow plug before any attempts to replace it.

Since the glow plugs are responsible for heating the air-fuel mixture, their job does not end after starting the vehicle. There are providing the necessary temperature increase throughout the driving process.

Therefore, if one or more glow plugs get damaged, you will realize that your engine's performance is dropping significantly. In some scenarios, the engine might be rough, especially when idling.

As we indicated before, most of these symptoms can be linked to other faulty components, and you have to confirm that the issue is coming from a bad glow plug.

When the glow plug doesn’t work properly, a lot of fuel will not be burnt completely, and therefore, the engine will think that there is no sufficient fuel and will ask for more fuel from the pump.

Pumping more fuel without producing any energy means that the fuel efficiency will drop significantly, corresponding to the damaged glow plug.

Again, a reduction in fuel efficiency can be linked to various other reasons. Thus, before replacing the glow plug, the first course of action is to confirm that the problem is coming from this part, not anything else.

However, when the glow plug does not work properly, the air-fuel mixture will not heat, and your engine will throw an error due to misfiring.

How much does it cost to replace a bad glow plug?

That's why many drivers select to go to a small repair shop where the hourly rate is much lower than a dealership. However, owners of modern vehicles go to the dealership as they believe that the dealership will have the right mechanics who know the vehicle very well and will not introduce any major problems to the vehicle.

On the other hand, some drivers might even take it to the next level and change their glow plug by themselves here. While that might save a lot on labor costs, you got to be very cautious about whether you can do the job yourself or not. Any mistake can cause some severe damages to the diesel engine, which is not a cheap part.

Most automotive experts indicate that any DIY does not work the first time, which means that if you haven't done a glow plug replacement before, you shouldn't test it on your vehicle to prevent dealing with undesirable complications.

When should I replace the glow plug?

According to automotive experts, glow plugs are one of those very durable components in your vehicle, meaning you don't have to worry about replacing them until 100,000 miles. After the 100,000 miles thresholds, this glow plug can't get the turreted gradually until needing replacement.

It is also good to note that replacing the glow plug is not a complicated issue, and it doesn't require very expensive repair costs. Thus, even if you're dealing with a situation where the glow plug requires replacements, I shouldn't worry too much about breaking all budgets that appeared

Can I drive with a bad glow plug?

While about glow plug will not prevent you from starting your vehicle in getting going, it's never a good idea to ignore the issue because it can introduce other complications that you never want to deal with.

Things get more complicated if you have a good number of faulty glow plugs because your vehicle will not get started. This is a critical situation, especially if you're starting in cold days or areas where no available help is nearby.

Will about glow plug cause no start?

Not necessarily. If one glow plug is not working properly, you will still start the vehicle though you would notice a significant reduction in the vehicle’s overall performance.

However, if multiple glow plugs are not working properly, the engine will not have sufficient energy to start. Therefore, you will notice some issues with difficulty starting first, but in difficult situations, the vehicle will not start at all.

How long does it take for glow plugs to heat up?

Under normal circumstances, your vehicle requires about 15 seconds for the glow plugs to heat up. This threshold is a good indication for you to determine if you're having any issues without glow plugs. After a couple of seconds or probably minutes, if you didn't realize that the vehicle is starting, you might need to suspect issues with glow plugs.

Are glow plugs just for starting?

That is a great question! Many people have this common misconception that glow plugs are to get the vehicle started in cold situations. However, that's not the case because the glow plugs are still useful to cycle and help the vehicle reduce the emissions significantly.

Thus, the glow plug's job does not end after the vehicle gets started.

Glow plugs are one of the very important components in any it is responsible for heating the air-fuel mixture and getting it ready for combustion. Over time of use, glow plugs can get damaged and require replacement at around 100,000 miles if not after.

Once the glow plugs get damaged, depending on how many glow plugs got damaged, you might need to replace them immediately or at least not ignore the problem.

If there are any other major problems in your vehicle, it might be the right time now to think about selling your car to Cash Cars Buyer. Cash Cars Buyer is one of the top-rated companies in the nation that guarantees to buy your car despite its type or condition.

We will not only provide you the top dollars, but also, we will help you with free towing despite your living location around the United States.