Chrysler 300 Problems – The Newest Models Are The BEST! 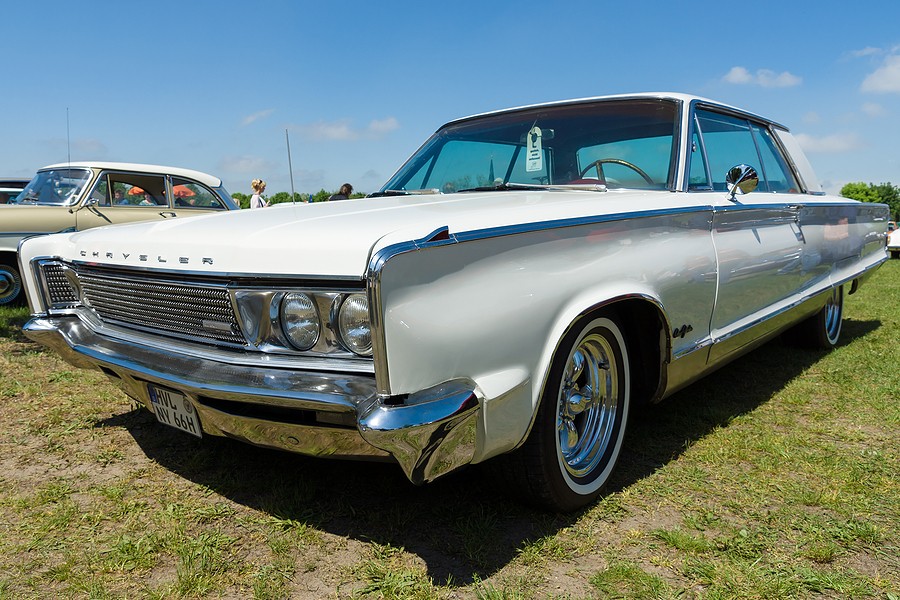 The Chrysler 300 is a rear wheel drive, front engine, luxury vehicle that is both manufactured and marketed by FCA US, one of the Big Three automobile manufacturers in the United States that features the merger of Chrysler and Fiat. The first generation of this car was produced from the model years 2005-2010, while the second generation was produced from 2011 until the present.

Despite having a huge wave of popularity in the mid-2000s, with celebrities clamoring after this model of Chrysler, the Chrysler 300 still has numerous problems throughout their model years that have to be addressed.

The worst problem in the Chrysler 300 is the engine problems that are apparent on various years of production, with the 2006 Chrysler 300 having the most overall complaints and being ranked as the worst model due to the prevalence of issues, the severity of the problems, and the early onset of the issues. One of the most reported problems out of all of the Chrysler 300 models deals with the gear shift getting stuck in the Park position.

The main issue with the interior problems is that the gear shifter gets stuck in the park. This concern has a typical repair cost of around $210, with the average occurrence happening at around 85,000 miles. Users report the most common solution is to replace the gear shift or to shift lock the spring retention breakage.

The engine system of the 2005 Chrysler 300 deals with reports of engine failure, the engine light being on, the engine stalling while driving, the car accelerating on its own, the engine stuttering, excessive oil use, and the car misfiring. The typical repair cost is a whopping $2,620 with an average mileage of around 118,000 miles, with the most common solution being to replace the new engine or use a steering angle sensor to reprogram the computer.

The NHTSA concerns about the seatbelts and airbags mainly dealt with the airbags, with users reporting that the airbag stays on while in use, the airbags didn't deploy during an accident, and the airbag warning indicator light did not work at all. This has resulted in 18 crashes, 15 injuries, and occurred at an average of around 20,000 miles.

After the initial year of production, the Chrysler 300 did not have the best user track record or record of safety complaints. Unfortunately for Chrysler, the next year got worse – much worse. This is the worst year in terms of user complaints and NHTSA issues. The main category of user issues focused on the engine, while the NHTSA also lodged numerous complaints about the seat belts and air bags, and the drivetrain.

The main engine concerns focused on the engine making loud noises while using, the engine stalling while driving, the engine failing due to sludge, a blown engine, a defective intake manifold, and a broken dipstick. The most common solution for these issues would be to replace the engine, costing the owner over $2,500 for the typical repair cost.

For the seat belts and air bags that caused the NHTSA to lodge 260 complaints, the main concern had to do with the airbags, specifically the frontal airbags. These issues have caused 20 crashes, 1 fire, 18 injuries, and occur very early on at just 13,000 miles on average. Users report that the airbag warning light illuminates constantly, the car can just still unintentionally while driving, and the airbags didn't deploy during a crash.

The numerous NHTSA complaints regarding the drivetrain mainly focused on the powertrain and the driveline components. This has caused three crashes, one fire, and occurred at around 86,000 miles. Users state that the transmission cannot start due to being unable to switch from the park position, the gear shifting is awkward and jerky, the vehicle can stall without any warning lights turning on, and the gears become locked in the park position.

The following year after the disaster that was the 200566 Chrysler 300, the 2007 did much better than the previous year. Containing fewer NHTSA and user complaints than both the 2005 and 2006 models, the 2007 model seemed to be turning a new leaf for the Chrysler 300 car.

The main areas of complaint focused on the transmission for the users, while the NHTSA lodged the most issues regarding the drivetrain, seat belts, and air bags, and the engine. The main user issues about the transmission involved the gear shift lever locking while driving, a transmission leak, and the transition sleeping while in use. The typical repair cost of these issues is generally around $430 and occurs at around 93,000 miles, with most people having to replace the gear shift.

The Chrysler 300 problems about the drivetrain are focused on the powertrain and the driveline, with users stating that the lights begin to flicker before the car goes completely dead, the car begins to vibrate and rumble while driving, the car jumps very hard into gear and gets stuck, and the gear shift gets stuck in park.

For the concerns about the seat belts and air bags, the NHTSA complaints revolved around the airbags, with users stating that the air bags do not deploy during a crash or impact, the airbag warning light indicator stays illuminated, and the driver and passenger can sustain injuries due to the airbags not deploying at the right time. These issues have resulted in 9 crashes, 2 fires, and 11 injuries.

The last area of concern for this 2007 Chrysler 300 was for the engine, with the complaints focusing on the sudden loss of power, excessive oil consumption, bad intake manifold, and the engine overheating. The NHTSA lodged complaints regarding the engine itself, vehicle speed control, the engine and engine cooling, and the cruise control.

After a few years of virtually no problems, the Chrysler 300 had some more user complaints and NHTSA issues for both their 2012 and 2013 models. Although not as high as the first two years, these complaints are still enough to warrant 121 NHTSA concerns about the electrical system, 52 regarding the drivetrain, and user complaints about the interior accessories.

The electrical system of the 2013 Chrysler 300 was a cause of concern to the NHTSA, with users reporting that the engine has trouble turning over, the electrical system fails, users have lost all power while driving, and the battery has trouble powering the vehicle. These problems have resulted in three crashes, 15 fires, 4 injuries, and occur at just 30,000 miles on average.

For the NHTSA complaints about the drivetrain, users state that the vehicle shifts into limp mode while driving quickly, the vehicle automatically shifts from automatic to manual mode, the vehicle can automatically accelerate without meaning to, and the check warning illuminating light comes on during use. These issues have caused four crashes, one fire, four injuries, and occur at an average of around 27,000 miles.

After the 2015 year, there have been very minimal complaints or concerns regarding the Chrysler 300 model. In the last three years from 2018-2020, there have been almost no complaints, showing how the manufacturers at Chrysler have taken into account the various air bag issues, engine problems, and drivetrain issues and fixed them for the newer models.

The latest reliability rating for the 2020 Chrysler 300 comes out to a 3 out of 5, which is the average score for cars. It does not show a lot of confidence in the car, but the other rating systems have given the Chrysler 300 a better score. The US News scorecard gave the car an overall 7.6, with an 8.3 for a critics’ rating, 6.8 for performance, 8.1 for interior, and 8.3 for safety. Although the score is very low on the performance, if you want a safe and comfortable vehicle, this could be the best choice for you.

The Overall WORST Complaints about the Chrysler 300

Regarding every single model year from the Chrysler 300 production, the worst problems that he car owners are having the most trouble with include the engine at 29%, interior at 16%, and the electrical system, coming in at 11%.

Along with the numerous Chrysler 300 problems that have spanned numerous model years, there have also been various Chrysler 300 recalls. One of the worst safety recalls was in 2015, and involved the air bags and the driver side inflator module. Chrysler had to recall numerous models in their lineup, including the 2005-2010 Chryslser, due to the dual-stage driver frontal air bag that might be susceptible to moisture intrusion and cause the inflator to rupture. In the event of a crash where the front air bag would be required, the inflator could rupture and send metal fragments into the driver or the passengers.

Another very concerning Chrysler 300 problem that occurs in the cars is that the powertrain and automatic transmission are showing issues. In certain pickup trucks and sport utility vehicles that have automatic transmissions, the cup plug that keeps the park anchor shaft might be installed improperly, causing the shaft to move out of position and not be able to stay in the Park position. If this occurs in the Chrysler, then the parking brake might not work properly and the vehicle can roll away.

Lastly, the final recall that enhances the overall Chrysler 300 problems is the recall in 2004 regarding the electrical system and the battery cable. On certain passenger vehicles from Chrysler, the battery cable fasteners at the bulkhead stud might not be properly tightened and connected. If this occurs, a loose fastener can cause an instrument panel fire.

Overall, the Chrysler 300 has gotten better over the years and reduced the problems, making the second generation the only ones to even consider buying for you and your family.

PrevPreviousHyundai 2.4 Engine Problems – Check Out What You Need To Know!
Nextp0113 code – What Is It And What Are The Causes?Next