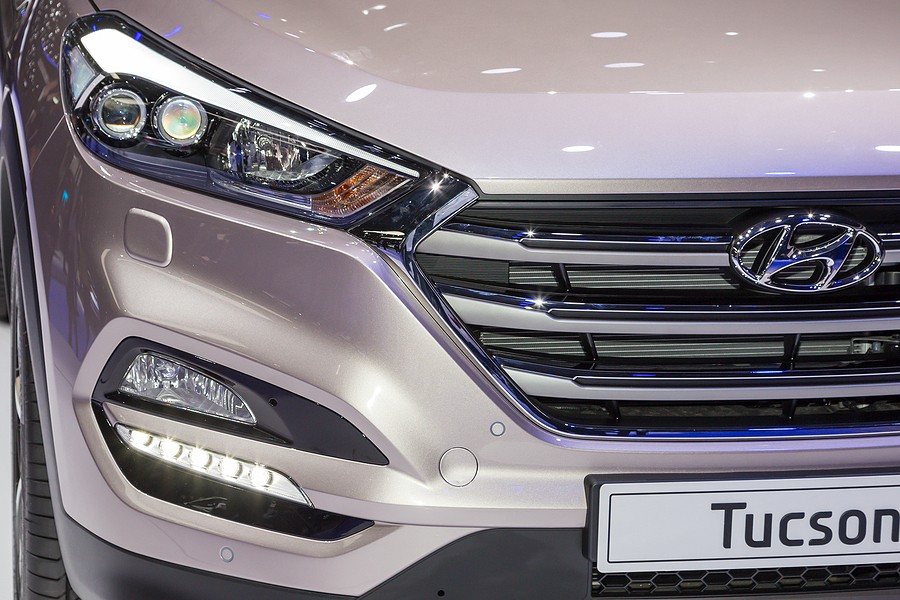 Although the top reported 2016 Hyundai Tucson problem was associated with the transmission, there are many other issues related to the AC and heating, engine, drivetrain, interior, steering, and electrical problems.

The 2016 Hyundai Tucson is an amazing compact SUV for someone looking for a powerful engine and a long list of safety features.

Despite the good rating this vehicle received, it suffered from significant problems and was ranked as the worst model years for this make, according to carcomplaints.com.

If you are looking to purchase a used 2016 Hyundai Tucson, you need to familiarize yourself with all potential mechanical problems that you might face.

Our team conducted a detailed review for all customer's reviews and complaints about 2016 Hyundai to solve problems. This article serves as a detailed summary of the work that we've done. We highlight the top reported problems about this vehicle and indicate repair costs and rough estimates of mileage at where the problem might occur.

The article also helps current owners of the 2016 Hyundai Tucson to determine when it's the right time to sell their vehicles versus when it's worth fixing it.

The 2016 Hyundai Tucson is a great compact SUV V. It was featured and ranked as number one in the best 2016 affordable compact SUV's category according to cars.usnews.com. The vehicle received a score of nine out of 10 based on their scoring criteria.

This vehicle received much attraction from multiple buyers due to the turbocharged engine and the excellent reliability rating. It is recommended for people looking for a roomy interior and a lot of safety features.

The 2016 Hyundai Tucson seats up to five passengers, and it achieves between 21 and 26 MPG on the city roads and 26 to 33 MPG on the highways.

According to the JD Power and dependability study, the 2016 Hyundai Tucson received a five out of five reliability score. This indicates that the vehicle is one of the tops between competitors in the same class.

This vehicle comes with either a 1.6-liter four-cylinder or a 2.0-liter 4-cylinder engine. It is associated with either A6 or 7-speed automatic transmission. With this amazing feature, the vehicle can get up to 1000 pounds.

Unfortunately, the 2016 Hyundai Tucson was ranked as the worst model year according to carcomplaints.com. The vehicle was completely redesigned at this model year which could mean that many problems were introduced.

The biggest complaint about this redesign has to do with the transmission issues. About 129 complaints were submitted to car complaints from customers dealing with significant issues in their transmission system.

Other reported complaints about several categories include the AC system, engine, drivetrain, interiors, and steering system.

Transmission issues were reported mostly about the 2016 Hyundai sign vehicle. Several people indicated no acceleration after stopping, no shifting at all, vehicle hesitating, no engaging, vehicle overheating, and transmission slipping.

Transmission issues occur at relatively newer vehicles where the problem was important with vehicles less than 15,000 miles.

Transmission problems were resolved by either updating some software, reaching out to the dealership after some recalls, taking some legal actions, and replacing or cleaning the fuel filters.

Average repair costs for 2016 Hyundai Tucson transmission problems were about $1200.

Following the transmission with problems, AC and heating system were also reported frequently about this vehicle.

To resolve AC system problems in the 2016 Hyundai Tucson, customers had to either replace the compressor, recharge it, replace the evaporator core, or replace the temperature sensor.

Average repair costs for AC problems in the 2016 Hyundai sound vehicles were about $580.

Unfortunately, engine problems were the third most reported about the 2016 Hyundai Tucson. A couple of customers complained that their vehicle's acceleration is not responding, and they've seen some white smoke coming from the tailpipe of their exhaust system.

No repair costs were included in these complaints, which could be since most engine issues occurred at the early stages of their vehicle's lifetime, where the extended warranty might cover the vehicle.

The third most reported problem about the 2016 Hyundai Tucson has to do with the drivetrain. A couple of customers reported hearing some popping noises and thumping noises when they are driving the vehicle.

Others mentioned some vibration in their vehicle due to an issue with the drivetrain component.

Unfortunately, none of these complaints indicated any information about repair costs.

Surprisingly, a couple of reported complaints indicated issues with the interiors of the 2016 Hyundai Tucson vehicle.

Some reports indicated problems with the Apple CarPlay system not connecting, while others had uncomfortable seating issues.

Some of these complaints were associated with vehicles that did not have more than 100 miles on them. Others were there with vehicles about 3000 miles.

About five complaints were reported indicating issues with the 2016 Hyundai Tucson steering system. These problems were either associated with loose steering, stiff steering, or power steering failure.

Power steering problems were resolved by replacing the power steering module, and they were mostly associated with newer vehicles at around 2000 miles.

The last category we would like to cover here is related to the 2016 Hyundai Tucson electrical system problems. A couple of reported complaints indicated some blind spot detection not working properly; the battery dies, the power windows don't work.

This section will cover stories from real customers' experiences about any chemical issues they faced when owning a 2016 Hyundai Tucson vehicle.

The first customer complained about ongoing issues with what's his 15,000 miles Hyundai Tucson. He indicated that he had to take it to the repair shop more than four times within two years only.

Although the vehicle is relatively new, it suffered from persistent problems that needed to be resolved by installing or reprogramming the internal computer.

Unfortunately, every time this customer takes his vehicle to the repair shop, the technician could not replicate the problem, indicating intermittent transmission issues.

The second customer purchased a brand new 2016 Hyundai Tucson in November 2016. The vehicle currently has only 26,000 miles.

This customer indicated significant issues with the transmission, especially when accelerating. The vehicle wouldn't move properly, and it would hesitate every time he tries to accelerate.

When taking the vehicle to their fear shop, Hyundai dealerships did not replicate the problem, and he couldn't resolve it.

The same vehicle had a transmission check engine light illuminating in some situations, and then it went away immediately.

After only one year, the same customer reported that his engine got on fire without any previous warning signs. Of course, the situation was very scary to this driver, and he now does not have a vehicle while he still owes a lot on it.

This loyal Hyundai customer purchased his fourth Hyundai vehicle from the same company. Unfortunately, his 12,000 miles Hyundai Tucson gave him a very hard time dealing with issues related to the transmission.

His vehicle suddenly would it move after the park. He tried to use the reverse, and the vehicle behaved very weirdly and didn't respond.

He took the vehicle to the dealership and got recall fixes to his car. Unfortunately, after the recall service, the vehicle was not secured 100%, and he had to deal with the same problems repeatedly.

After a couple of months, the dealership asked him to perform a cold reset for his transmission. Even after the reset came on, the vehicle did not improve, and the transition problems still A curd.

In the end, this customer decided to trade in his vehicle and purchase a different one.

The last customer had a problem with his 2016 Hyundai Tucson hesitation. He indicated that after owning this vehicle for a couple of months, the car started hesitating about two to three seconds after a complete stop.

Also, the transition showed some signs of slipping every time he's driving the vehicle. At some point, the customer experienced some fuel not getting to the engine, resulting in engine stalling.

After a couple of months, the same customer responded to the same complaint and indicated that the problem was resolved by turning off The AC system every time he gets into the vehicle. Although this is not a permanent solution, it was considered a good workaround to get the vehicle started and going.

The 2016 Hyundai, whose son is an amazing vehicle that attracted tons of customers. It was continuously ranked as one of the best affordable vehicles on many websites.

Unfortunately, the 2016 Hyundai has experienced some significant mechanical issues mostly associated with the transmission, as reported by multiple previous vehicle owners.

There were also a couple of reported complaints about other issues. For example, many complaints were reported regarding the AC system, the engine, the drivetrain, the interior, the steering, and the electrical components.

Sometimes it's important to evaluate the situation before spending any money repairing your 2016 Hyundai Tucson, especially if those problems you're trying to resolve has to do with pricey repairs.

If you notice that repair costs are getting a lot and getting close to 75% or more from your vehicle's value, it might be the right time to sell your 2016 Hyundai Tucson.

Cash Cars Buyer's best thing is that we provide free towing for all customers no matter where they're living in the United States. We sent one of our local car removal specialists to move your car at the right time and location that works best for you!

If you're ready to get started insult your 2016 Hyundai song to cash cars fire, we invite you to reach out to our customer service at 866-924-4608 or visit our home page click on the free instant online offer.