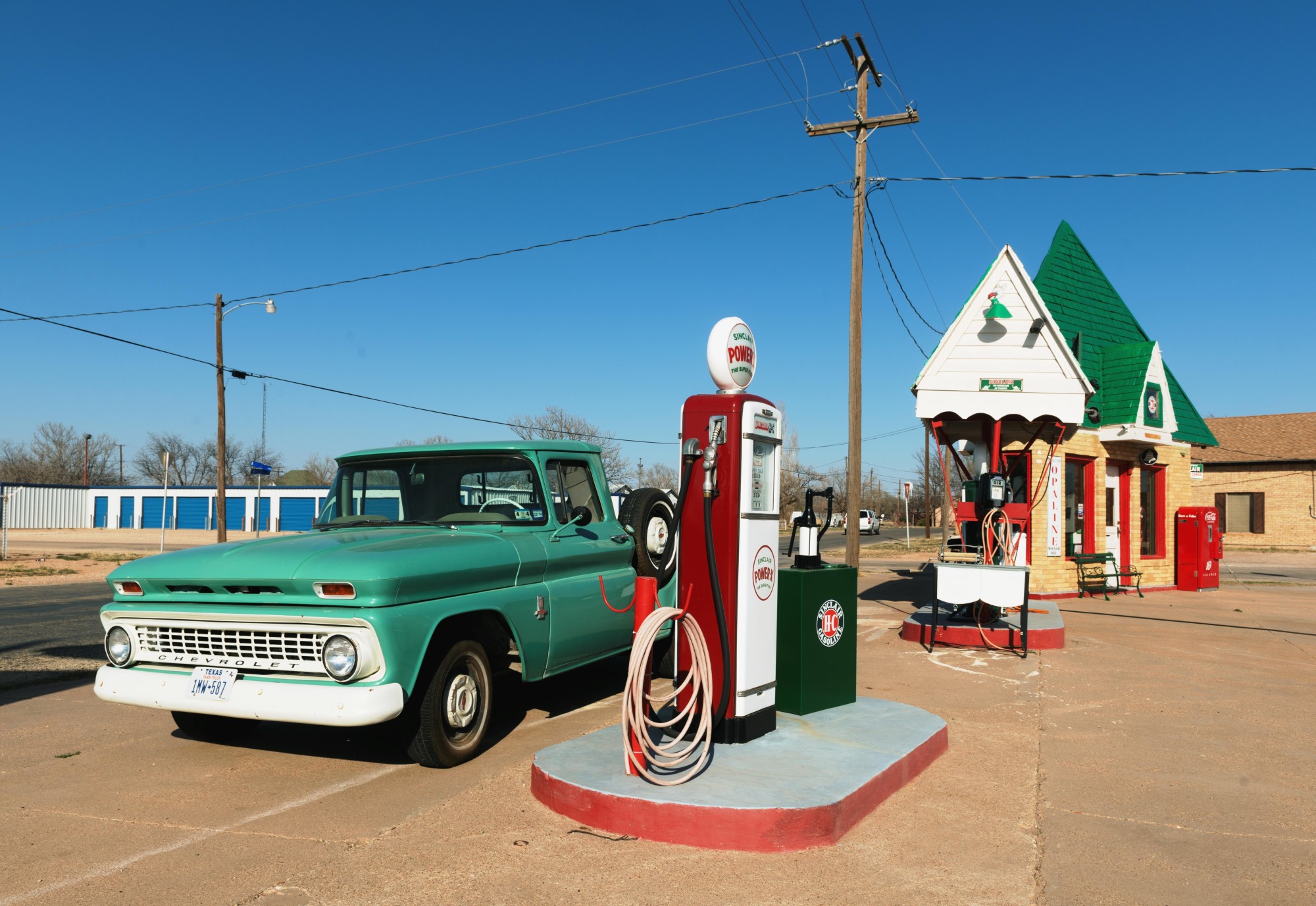 Whether you realize it or not, every car make and model tells the story of how well it will hold its value over time.

Maybe you're looking to sell your old car and are wondering what kind of return you can expect.

Perhaps you're looking into new care and being cautious about buying yourself a vehicle that becomes 50% less valuable as soon as you drive it off the lot.

Whatever the case may be, cars that hold their value are a tremendous asset to their current and future owners.

Here are 15 models whose value will stand the test of time:

This poster boy of off-roading vehicles has long served as the gold standard for the highest residual value cars.

The 2019 model is no exception, essentially copycatting its previous years in terms of both capability and steady resale amount.

Whether you chalk it up to the cult-like following or its proven ability to be a consistent vehicle year-in and year-out, the Wrangler has always kept its value.

Typically you can depend on a Wrangler to withstand between 200,000-400,000 miles depending on the condition it's kept in.

That's why the mileage marker means very little to its overall worth, because the Wrangler that's kept in good condition, as they often are, will hit the roads smoothly for decades.

The Nissan Frontier has long been heralded as a reliable, cost-friendly truck option for the modern-day truck lover.

It's been a consistent model that optimizes its reputation for having reliable parts and reducing the “glam”, keeping it more cost-efficient for the buyer than most other truck models.

The Frontier's trustworthy long-hauling helps it hold its value at an average of only 38% depreciation after five years.

Nissan's bread-and-butter truck model offers you a low-cost purchase and a high resale value… is that a match made in heaven or what?

Texans love their trucks and having one with a Toyota symbol on the front almost guarantees high resale value (as you'll see 3 more times on this list).

This big boy offers a plus-sized light-duty truck (biggest in the Toyota truck family) with a consistent engine and quality life span.

Moreover, this truck only loses around 37% of its total value after the first five years.

It's sleek trim and often-reserved exterior (in a good way) provides a tremendous hauling option for years to come.

Some may use it for in-city driving while others use it for help on the farm… either way, this all-purpose truck holds true to its initial price.

This truck isn't the second best selling truck in America for no reason.

No, this truck tops off its reputation of a fan-favorite by holding its value at a respectable 39.7 percent after the first five years.

There are a number of reasons why it holds true. Mainly due to its reliability, amazing features (regardless of what year), and roomy cabin space.

For over 20 years this model has become increasingly more successful, that alone helps it keep the resale value that you're looking for.

As you've undoubtedly noticed by now, truck models are VERY good at keeping their integrity and durability each year and thus, keeping their value.

While the Dodge Ram only averages around a 43 percent depreciation after its first five years, that's nothing to scoff at.

You don't often hear of Dodge Ram's being resold in the first place, thanks to their history of consistency and not-easily-matched brand loyalty.

The reselling value isn't everything, but it is definitely an important factor. If you're looking for a truck you can trust with a resell value that holds up ideally, the Dodge Ram will make you proud.

In what is often referred to as the perfect mix between an SUV and truck, the Honda Ridgeline makes this list on a ‘mix' of brand quality and family-friendliness.

This truck boasts the third-best depreciation percentage among all current mid-sized trucks at a mere 37.2 percent depreciation. Third only to the Toyota Tacoma and Toyota Tundra, respectively.

Come for the truck body style and stay for the SUV-like amenities and features included in this hybrid vehicle.

Honda addressed the need for a family-first car while prioritizing safety and durability. In short: a vehicle that keeps exceptional value over time.

This mid-sized truck holds the best depreciation value of any vehicle on our list.

On average, the Toyota Tacoma only loses 30 percent of its overall value in the first five years, which is almost unheard of in today's market.

Even with the vehicle market shifting to prioritizing efficiency the past few years, the Tacoma still remains the king of the hill.

Pair that with its redesign back in the 2016 model which holds up even more to the reputation thanks to its modern features.

If you're looking for a safe bet on resale value 5-10 years down the line, this is about as good as it gets.

Alas! The first SUV to make the list (unless you partially count the Ridgeline).

Did you know that the average vehicle in Houston loses around 47.8 percent of its resale value after it's first five years?

Meanwhile, the CR-V gives a better option at only 45.4 percent depreciation, giving you a couple of thousand dollars back on your initial investment.

A cost-efficient family car with great mileage and consistent value, take that to the bank.

Subaru has long been a reputable brand that often goes overlooked in America.

Given its reputation around the world, it should come as no surprise that they hold their value in Houston: America's most diverse metropolitan city.

The Impreza has especially held up well in recent years, boasting only a 42.3 percent average depreciation value on its 2015 model.

The GMC Sierra and Chevy Silverado often get referred to as “twins”, so it's unsurprising that the Sierra holds up ALMOST as well.

The Sierra's depreciation at the five-year mark (39.9 percent) is almost identical to the Silverado's after five years (39.7 percent).

It's 2019 model expands on GMC's reputation for state-of-the-art amenities and strong engine power to continue building on an already-strong foundation.

Yet another Toyota on this beautiful list of high resale and consistent durability.

The Rav4 pairs it's family amenities and safety features quite nicely with its company's reputation for consistent-running engines.

The Rav4 loses only 44.9 percent of its value after five years, making it one the best in its class and placing atop another “Best-of” list.

The F-series has been “Built. Ford. Tough.” for over 40 years, something not a lot of other models can claim.

The country has taken notice and made it the best-selling vehicle for a while now.

F-150's average around 44.1 percent deprecation after the first five years.

Last on the list for the Toyota family is the ever-popular Toyota 4Runner: a vehicle as popular for its efficiency as it is for its road-dominating looks.

It only loses around 38 percent after five years of tearing up the highway and trail roads and has become one of the best value-keeping SUVs in its class.

Looking for a family-friendly SUV but unwilling to give up the rugged-looking vehicles you love? The 4Runner was made for people just like you.

It's recently been noted that the 2019 Porche Macan holds some of the best tech features on the market, creating a fun driving experience.

The Macan has a five-year depreciation value of around 47-48 percent, which makes for a great resale option after years of enjoying your driving experience.

The brand alone sells this car, but the models don't always hold up. The Macan proves as the exception and may be the start of a new resale trend in the future.

The Honda Civic has won the J.D. Power Performance Award 17 out of the last 22 years.

So it should come as no surprise that a car with that consistent of a reputation keeps its resale value.

Civics only lose an average of 45.5 percent of their value after the initial 5 years.

By buying this car you're essentially guaranteeing yourself at least 5 years of productive, fuel-efficient driving and a great resale whenever you feel compelled to do so.

It doesn't get much better than that in terms of value!

Cars That Hold Their Value: A Great Resale Opportunity

The process of buying or selling a car is said to be one of the most stressful situations in your life… but they don't have to be!

Cars that hold their value present an amazing opportunity down the line. But, should something happen where the vehicle gets destroyed, there are options for that as well.

Be sure to check out this article for helpful tips on selling a junk car for cash.