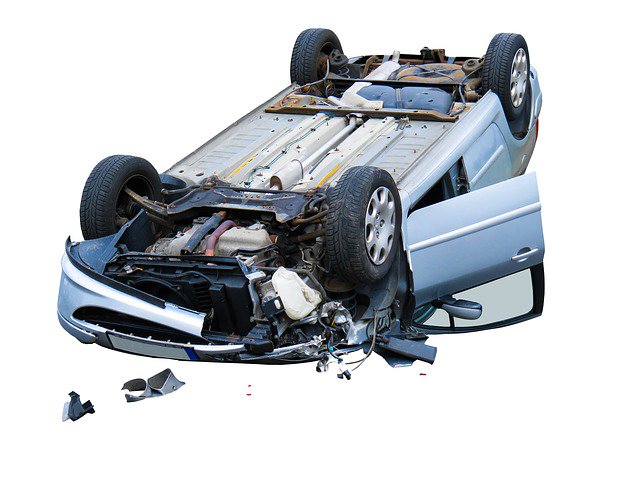 The United States automotive recycling industry employs over 100,000 people. It also earns about $25 billion every year.

Did you know that around 90% of the aluminum in a junk car is recovered and recycled? Even though it only represents about 10% of the vehicle by weight, it's nearly 50% as it pertains to scrap value.

Car salvage value is more than one might think. Some junkyards even have issues with theft because those thieves know they can rack up serious cash for selling those old cars.

95% of end-of-life vehicles in the United States are recycled. By weight, it's about 84% of a vehicle that gets reused in other cars, manufacturing, and other products.

Your salvage car might be worth some cash. Before you sell it, find out how much! Keep reading to learn more about car salvage value.

What Is a Salvage Car?

A salvage car is a vehicle that has been damaged and is considered to be a total loss by an insurance company that paid out on a damaged vehicle claim for that vehicle.

Usually, the vehicle is in a significant accident, and the high costs of repairing it are more than what it's worth. In that case, an insurance company will declare a total loss, and then take repossession of that vehicle.

It's a little different than a totaled car because a total loss indicates that a vehicle is damaged BEYOND repair. A salvage car could be repaired, but the costs for repair outweigh the costs of a new car.

Sometimes the insurance firm will resell the vehicle to an auto repair company. Most states require by law that the next title on that vehicle is referred to as a salvage title. That way, future buyers are aware the car has been damaged.

What Kind of Damage Do Salvage Title Cars Have?

It varies from state to state. But a salvage title might signal that a car is damaged in these following ways:

Sometimes, an automobile is just too old to be driven or repaired. Regardless of what the damage is, your ride still has a salvage value. What Is Salvage Value?

The estimated book value of an asset after depreciation is complete, is salvage value. It's based on what a company or individual expects to receive in exchange for the vehicle they're selling.

It's the value that would be received if the insurance company sold it to a salvage yard for its many parts.

Because the term is used loosely, salvage car value varies widely based on the make and model, the year, and the condition of the vehicle.

What's the Salvage Value of a Car?

The math for determining salvage car value can be straightforward. Depreciation proceeds at a predictable rate for the lifetime of any vehicle.

When it comes to salvage value, though, there are other factors that come into play. You must factor in additional wear and tear, including everything from major accidents to fender benders.

You must factor in anything that can further reduce your vehicle's value. It's usually much lower than used car value, depending on whether or not it's been repaired or if it's running. How to Calculate Salvage Value for Your Car

There are a few simple steps you must take to determine your car's salvage value.

First, determine what the trim is. Write down your vehicle's make, model, trim, year, mileage, and any other details.

Then you have to determine the ACV (actual cash value) of the vehicle by looking at others like it. Typically, if you add the retail cost to the trade-in value, and then divide that number by 2, you'll get the car's market value.

Find out the Salvage Value

Ask your insurance company at what percentage they calculate salvage car values. If it's 75%, you will take away 75% of that number, and what remains is your salvage value. So if your car's actual cash value is $12,000, that salvage value would be $3,000.

You can always research local sales for vehicles like yours, or get a quote from a local dealer. But that requires bringing your car in, which isn't always feasible with a salvage title car that isn't up and running.

Every insurance company uses a different formula when calculating the salvage value of a vehicle. Generally, it's based on past auction values for salvaged vehicles like it and the cost of disposing of the vehicle.

That amount gets subtracted from the ACV to determine how much you get paid if you decide to keep a totaled vehicle.

For a vehicle with an ACV of $14,000, an insurance company might subtract 90% or 75%, as we mentioned earlier. Your deductible gets subtracted from that amount that remains to arrive at the amount you should receive if you decide to keep your vehicle.

If you don't have the time to calculate the value on your own, you can always get a quote from a reputable salvage car buyer. Plus, if your car is just old or the accident has long since passed, it's probably your best bet to sell it to a reputable car buyer. Why Do Salvage Cars Still Have Value?

In the 1960s, cars just used to sit and wait on the side of the road to die. Often they'd pile up in junkyards, with no purpose other than to take up space and pollute the environment around them.

But the automobile recycling industry is now the largest in the world, and manufacturers and car parts recyclers both recognize the value of salvage cars.

Every year, 12 million cars are sent to salvage yards in the United States to be recycled. One of the great things about metals like aluminum and steel is that they can be repurposed and reused time and time again, without losing strength.

Recycling metal costs a lot less money than mining and processing new metal. That's why there's salvage value in an old car. Plus, it's better for the environment!

They Help the Environment

Aside from monetary value, there's environmental salvage value of a car. When cars sit to rot, oils and fluids eventually leak out, contaminating the water and ground around them.

The same source we mentioned above reveals that one oil change worth of improperly disposed of oil can contaminate 1 million gallons of fresh water!

Toxic oil will stick to anything, including animals and pets, and it's tough to clean.

Tires alone are one of the most harmful sources of waste. They are biodegradable, and if they're burned, they release harmful toxins into the air. New technology allows for those tires to get recycled in an efficient way.

And did you know that glass takes 1 million years to decompose? Selling your glass can be lucrative, as it's one of the most recycled car parts.

A salvage car is considered a total loss by an insurance company, but it doesn't have to be a total loss for you!

Maybe your car isn't running, or it's deemed unfixable because it would cost more to fix it than to replace it. Even if that's true, it doesn't mean your vehicle doesn't have car salvage value. It does!

You could sell it as one or in parts to a salvage yard or recycler and make a pretty penny, especially if those valuable parts are still intact.

Your catalytic converter alone could earn you a hefty $1,000, especially if it's the original one that came with your car.

When you calculate the salvage value of your car, make sure you do your research and get more than one opinion. Do the math to ensure you're getting what it's worth.

Are you looking for a hassle-free alternative to selling your car privately? Here's how it works when you sell to us.