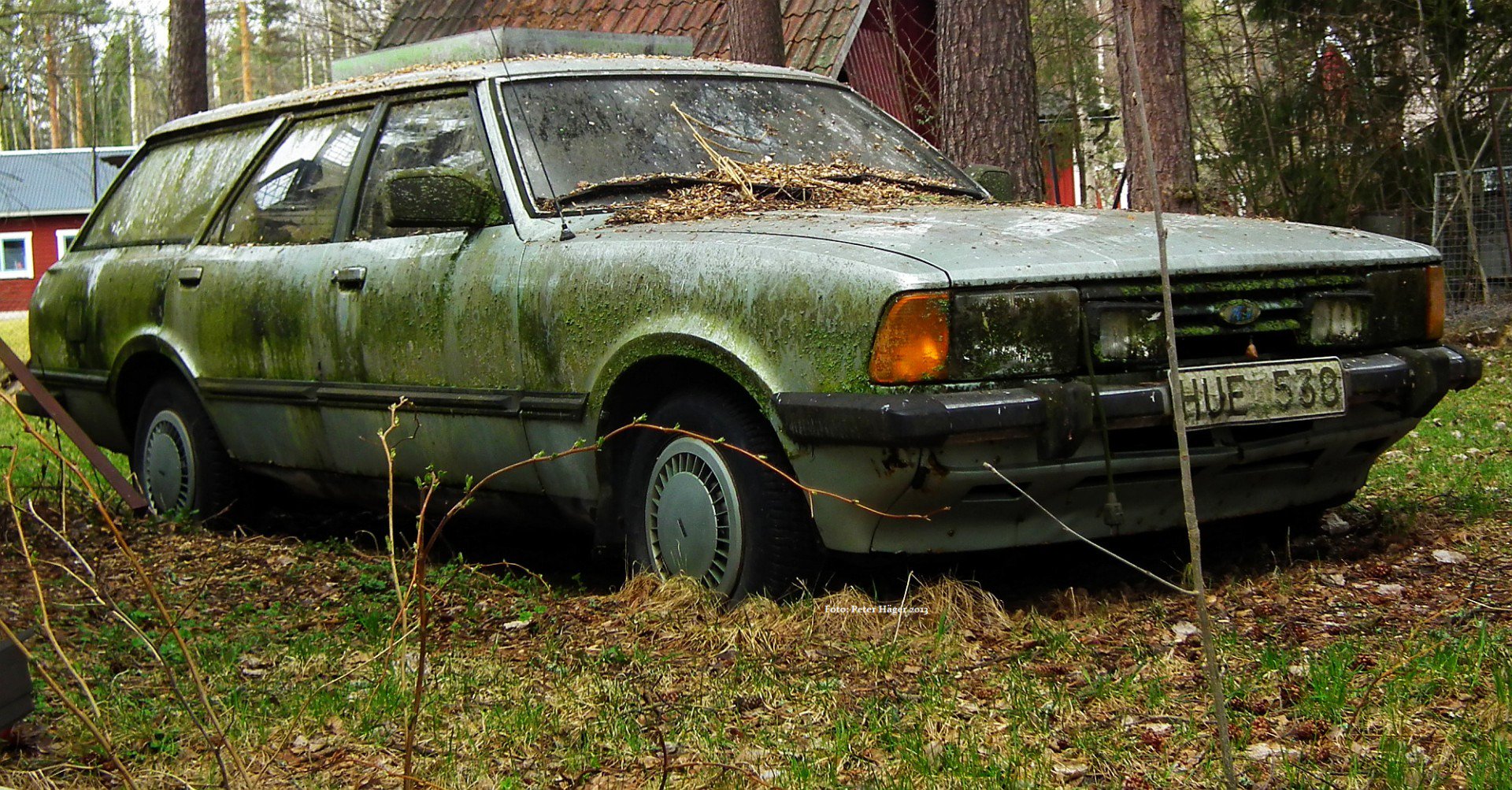 Decades ago, junk cars went to the highest bidder. And people in the auto scrap and salvage industry had to wait weeks after making a bid to receive it. A junk car was worth something then and it's worth something today.

Although the concept of recycling cars has been around since the 1930s, the past decade proves how much of an old car is reusable.

We recycle and reuse almost every single part of a vehicle, even the oil! The United States and Canada save 85 million barrels of oil every year.

While we used to see salvage lots on the side of the road filled to the brim with junk cars, the same source tells us that now there are over 14 trillion tons of recycled steel is salvaged from junk vehicles every year.

Do you have a junk car that you've meant to recycle for too long? Here's how selling that old vehicle will help the environment. When you first think about recycling a car, it's hard to go beyond the battery, the metal, and the tires.

But there are so many other parts of a car that are recyclable, some of which are quite toxic.

Wiring, gas, and other fluids in a car contain chemicals that are harmful to living creatures and the environment. The average junk car contains 5 to 10 leftover gallons of liquid.

And those fluids and chemicals must be handled with great care, which is why it's essential they get removed by a professional.

Battery acid, brake fluid, antifreeze, power steering fluid, as well as elements like mercury or sodium azide, are all threatening to the environment. If not disposed of properly, they contaminate the soil and water, which leads to killing plants and wildlife.

Plus, they can all cause issues in humans, such as eye and respiratory problems, and severe skin and eye irritation. After too long, old cars will start to leak these fluids, so it's crucial that they get recycled sooner, rather than later.

When you opt to arrange for the removal of your junk car, you're ensuring you play your part in protecting the environment. You'll Decrease the Waste In Landfills

In the United States alone, there are over 2,000 landfills. When the trash in landfills decomposes, it releases greenhouse gasses, such as methane, into the air. Other harmful substances are released into the water, and the ground, especially as landfills acquire more trash.

Even though 75% of the waste in the United States is recyclable, we only recycle 30% of it.

Junk car removal is one way to avoid this continual damage to the environment. So instead of letting your car sit in your backyard, get it recycled, make a bit of money in the process, and rest easy knowing you're reducing your carbon footprint.

Cars have plenty of non-biodegradable materials that require specific recycling methods. When they sit in landfills, they inevitably pollute the earth around them.

Tires are one of the bulkiest parts of a car to recycle. While they used to be left to rot in the grass or pile up in landfills, most vehicle tires are now recycled. And that's because they become harmful waste if left to rot.

They are incredibly durable and non-biodegradable. But they are also reusable. Old tires get sold to different markets, depending on their state and make. A few of these markets in which a tire might be reused are:

Sometimes the rubber from tires even makes its way into a pair of sandals.

However, tires release harmful chemicals when burned so they must be recycled by professionals and according to safety standards. By recycling tires, you can also make a good chunk of change. Don't be surprised if you get anywhere from $25 to $75 for your used tires. Car Batteries Are Dangerous To Toss

If there's any part of a car you shouldn't EVER toss in the garbage, it's the car battery.

It's one of the most dangerous car parts you can throw away. They are made up of lead, acid, and plastics that are all extremely harmful to the environment and living things if they aren't disposed of properly.

As a result, almost 100% of car batteries are recycled now. In fact, they're even one of the most recycled items in the United States. Usually, old batteries can be turned into new ones.

If you decide to take your battery out and recycle it on its own, make sure you handle it with care and use gloves so that you don't contact any lead. Never leave them around, especially outdoors where it can get too hot.

You might only make $5 for selling your battery, but you'll be keeping some of the most harmful toxins out of the environment.

Many car owners take out their batteries and a few other valuable parts before they junk their vehicles.

Glass Lasts Forever If You Don't Recycle It

And the glass that's in cars gets covered with protective layers to prevent shattering in the event of an accident.

Plus, salvaging automotive glass that's still in excellent condition will earn you more than selling most other parts, especially if it's glass from a classic or rare car. And glass doesn't lose its strength each time it gets recycled.

But knowing the tricks of the trade for selling those luxury cars will get you the best prices for the windows and other parts of your old vehicle.

You'll Help Stop Oil From Sticking to Plants and Animals

Used motor oil can contain heavy metals and toxic chemicals. It's slow to degrade, and it also sticks to everything, from bird feathers to plant leaves.

Oil is a significant source of water contamination and it doesn't take much to do a lot of damage.

The quantity of oil from 1 single car's oil change is enough to contaminate 1 million gallons of fresh water. That's enough water to supply 50 people for a year!

Some oil can be reused as-is once it is cleaned.

Other oil might be processed into fuel oils or re-defined into lubricants.

Re-refined oil has been tested and proven to be just as useful as virgin oil, if not more. It has to be tested and rated using the same strict standards and requirements.

Some fleet maintenance facilities that use great amounts of oil will send their own oil out to become re-refined, with an arrangement to then reuse that same oil, rather than someone else's.

If you're selling junk cars to professionals in the auto recycling industry, make sure they know how to recycle oil. By doing so, you'll be preventing dangerous gas emissions and reducing the amount of waste.

Oil Recyclers Have To Know What They're Doing

Recycling the fluids in your junk car is complicated, and it requires giving special attention to the project. There are a few pertinent things that someone who recycles that oil must do.

Get every drop of oil

If you're doing it yourself, make sure you lay out a tarp and a drip pan that has a built-in spout. That way, it's easier to transfer to a storage container.

You'll want to get every drop so as to eliminate the possibility of contamination.

Fluids must be stored in their original storage containers or the right plastic for that particular oil.

They shouldn't ever be stored in milk containers or any other storage device that is not compliant with each fluid.

Fluids can't ever be stored in containers that were used for other oils. Some are toxic when mixed, and others will render the new oil solution as “non-recyclable.”

You'll find steel and metal in oil filters, so they're easy to recycle. When a professional drains the oil, they may cut or punch a hole in the filter so that the oil will drain.

That part of the filter should still be recycled after, as it will inevitably contain residual oil. Sell Your Junk Car and Help the Environment

Technically, your junk car isn't junk. It's as good as gold!

Most of your junk car is recyclable and choosing to do so is good for the environment. When a car sits for too long, it's toxic oils start to leak into the ground and the water.

This is why you don't want to wait to sell your old car. You'll be helping the environment by reducing waste and pollution and you'll help decrease the amount of waste in landfills.

Are you wondering if your old vehicle's time has come? Take a look at these 7 signs that it's time to junk your car.