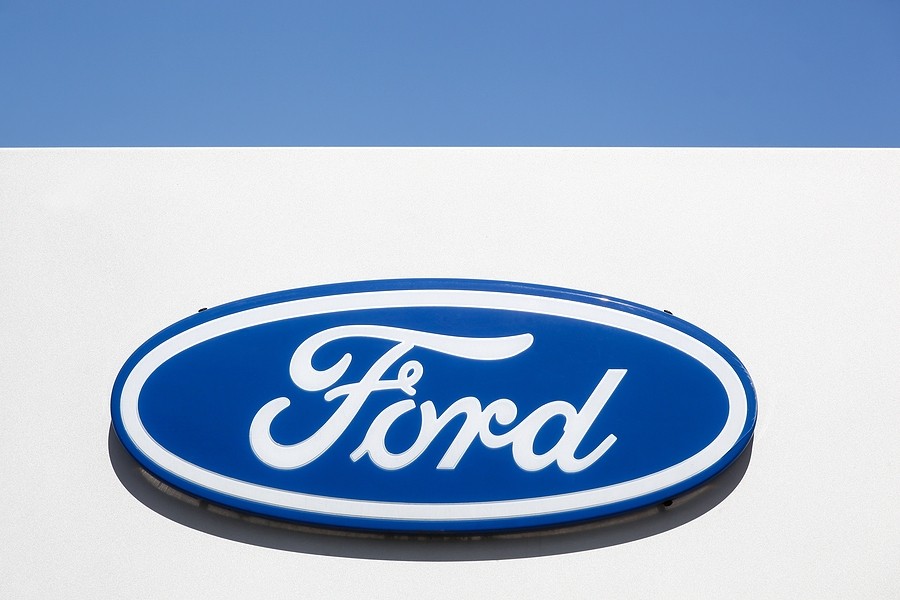 Sometimes we all sit and think of questions that perhaps garner interesting answers. If you’re a Ford truck owner, perhaps you have thought about where your Ford truck is made. So, where are Ford trucks made? Well, we have the answer and information you need!

the Ford Motor Company is a Detroit, Michigan- based automotive company, with a rich and long legacy of building trucks, sedans, SUVs and more. Ford manufactures its Ranger and F-Series trucks all over the world. Ford also has other truck versions that are rebranded and redesigned for international sales.  You can find the origin of your Ford truck by the VIN (Vehicle Identification Number) located on the driver’s side door jamb. The Ford truck will feature a code letter that identifies which assembly plant the truck was built.

The following are just some of the places where Ford trucks are built:

The Wayne, Michigan plant manufactured the Ford F-Series truck for 50 years – and stopped in 2007. In 2004, the Ford plant located in Claycomo, Missouri, manufactured 490,000 trucks. Ford endured a decrease in the manufacturing of the F-Series truck. What was 869,001 trucks sold back in 1999 diminished to 515,513 trucks in 2008. In 2010, Ford even contemplated closing its St. Paul, Minnesota, assembly plant and also getting rid of the Ranger. But executives decided to extend the production of the vehicle due to sales being better than expected and sales outpacing the rest of the market.

There was a time that Ford thought about keeping the production of the Ranger afloat by moving a plant to Thailand for its production. But Ford later decided against the idea, because of high tariffs. In 2009, Ford also thought about building an assembly plant in South Africa.

As time progressed, Ford made the hard decision to lay off 20% of its work force, due to lackluster sales. So, in 2006, they announced that plants in Mexico, Canada and the U.S. would be closing.

Where Is The Ford F 150 Manufactured?

Every Ford F-150 is manufactured in Dearborn, Michigan (just minutes away from Detroit) at Ford's Dearborn Truck Plant. The Kansas City Assembly Plant in Claycomo, Missouri is also home to Ford’s production of the F-150.

The year 2020 has been a difficult year for just about every person on the planet. The COVID-19 pandemic has shifted so much of our daily lives and such is true for Ford (and all vehicle manufacturers.) But in May of 2020, Ford announced that the Kentucky and Dearborn plants would once again be back up and running after being shut down, due to COVID-19. With a band new lease on production, consumers can count on the 2021 F-150 manufactured in 2020 and available in the autumn season of 2020. Click here to learn more about the North American plants that are ready to produce Ford trucks!

Is Ford More American Than Chevy?

The top four popular 2009 model trucks that can be designated as “most American” include the:

Ford manufactures the 2020 F-150 in both Missouri and Michigan. Brand new for 2002, the Ford-150 offers an extensive engine that is available in lower trims. Ford also added a 10-speed automatic transmission- which comes standard with all Ford engines. Truck can also seat up to six people comfortably and has up to 450 horsepower.

Have you ever wondered about goes on in some of the Ford plants world-wide? Check out some of the most interesting facts about the signature Ford assembly plants!

Click here to read more about the global Ford plants!

Where Is The Largest Ford Plant?

Ford's biggest plant is the Kansas City Assembly Plant- which was originally, a military production plant back in 1951. The Ford Motor Company manufactures more out of the Kansas City plant than any other car manufacturing plant in the U.S.!

Where Is Ford’s Main Headquarters?

You can find Ford’s main global headquarters in Dearborn, Michigan.  The headquarters was built back in the 50s during the height of U.S. automotive optimism- and the world had a “need for speed.” If you ever come to Dearborn, be sure that you take the time to visit the historic Henry Ford Museum, Fair Lane’s Henry Ford personal estate and the Henry Ford Centennial Library!

Ford ended its 2020 manufacturing year rolling out the final 2020 Ford F-150 trucks- and begin a shift to building the 2021 models. In late 2020, Ford executives flew from Detroit to Kansas City for the preparation of the 2021 trucks. Ford autoworkers began the end of the 2020 models and started their retooling for the 2021 trucks.

Gerald Kariem who serves as vice president and director of the UAW Ford Department was quoted by the Detroit Free Press as stating: “The F-150 is not just a launch — it will be a dominant part of American culture. And we are proud to be building it.”

As a signature vehicle for Ford, reports add that customers who leased the Ford-150, are extending those leases with the hopes of seeing the all new 2021 F-150. According to Mohamad “Catfish” Baidoun a Detroit-area Ford salesman, “Customers are extending their leases and waiting for the new F-150.”

As excitement builds around the 2021 Ford F-150 prototypes of the vehicle were produced in late September of 2020. Additional reports indicate that the Ford plant in Claycomo, Missouri, will begin its work in late October.  Ford plants to make early builds of the 2021 Ford F-150 will evaluate durability and quality. Consumers can expect to pay anywhere between about $30,000 and $75,000 (give or take a few hundred dollars “here and there”) for the all new 2021 F-150. Consumers can also expect to see the 2021 Ford F 150 in dealerships by the end of 2020.

When Will The Electric Ford F-150 Pickup Go On Sale?

The electric vehicle counterpart to the Ford F150 is creating excitement for consumers as well. The vehicle will have a price tag of about $55,00 and offer the following:

Where Will The Electric Ford F-150 Be Manufactured?

In a statement by Ford, manufacturing for the completely electric F-150 will begin in the middle of 2022. And the vehicle will be manufactured at the Ford Rouge plant located in Dearborn, Michigan. Consumers can expect it to hit dealerships soon afterwards.

PrevPreviousIs Flex Fuel Good Or Bad? What was The First Flex Fuel Vehicle Ever Made?
NextAdvantages Of A Diesel Engine – Are Diesel Engines Reliable?Next