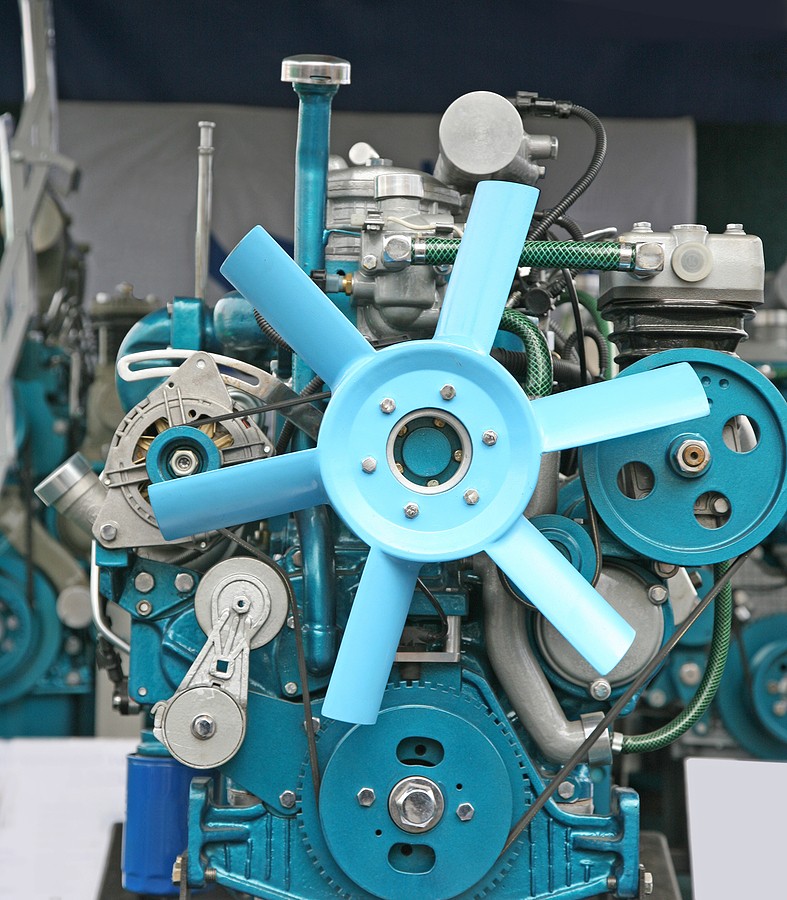 For both truck and automobile enthusiasts, there is a spirited debate between diesel engines and gasoline. For many years, the gasoline engine was deemed superior to the diesel. But times are a changing and so are attitudes and thoughts about diesel. Back in the day, diesel engines dominated semi-trucks, trains, farming equipment and pickup trucks that were heavy-duty. But concerns about the environment posed the debate over the eco-friendliness of diesel engines compared to gasoline. So, are there any advantages of diesel engines? Many will say yes and point out the benefits of them. Let’s take a look at some of those benefits.

How Is A Diesel Engine Different From A Gasoline Engine?

Both gasoline engines and diesel engines both do their jobs with internal combustion. But the way they each work varies. For a gasoline engine, the air and fuel are injected into tiny metal cylinders. A piston squeezes or compresses the combination of the fuel and air, giving it an explosive quality. Then there is a tiny electric spark that originates from a sparking plug that then sets fire to it. This makes the fuel and air mixture explode which then generates power that then pushes the piston down the cylinder, into the gears and the crankshaft. This gets the wheels turning.  In a diesel engine, the air enters into the cylinder while the piston goes to work compressing it.

Since diesel engines are outfitted with a compression-ignition system, that system is quite efficient and reliable. The diesel engine uses that high compression to heat the air located in the cylinders. This creates combustion. The higher compression also equals a higher internal temperature in the engine. With those higher temperatures this translates in to better and more efficient energy output – with the consumption of less fuel as an added bonus.  The consumption of less fuel equals fewer stops at the gas station to fill up – not to mention less strain on our Earth’s resources.

Another benefit to diesel engines is the fact that they have fewer moving parts compared to a gasoline engine. With those fewer parts, the chance of other components experiencing wear and tear is lessened.  Diesel engines don’t have distributor caps or spark plugs in them like their gasoline engines counterparts.  This means that they will never have to be repaired or chanced. Because of its design the diesel engine is inherently more durable, stronger, and longer lasting. A diesel engine is just beginning to get “broken in” at around 200,000 miles.

When you have a diesel engine, you have a cheaper alternative compared to gasoline engines. Generally, diesel fuel is less expensive at the pump than gasoline. But you will find that diesel is a bit pricier in high-tax areas. The main reason that diesel cost less to produce, is due the demand for it. Diesel isnot as high as gasoline.  Did you know that diesel engines can also run on biodiesel too?  Biodiesel is a combination of animal-based fats and recycled, natural oils that have undergone a refinement and modification process. The result? A liquid that flows freely through a vehicle’s fuel injection system.

Need another reason to love diesel? We’ll give you two: more horsepower and torque. While this may be the most obvious benefit to diesel, you can see the performance of a diesel in any given piece of equipment outfitted with a diesel engine. Both horsepower and torque are related. You can’t have one without the other.  As torque is the rotating force of the shaft resulting in performance, horsepower is the work and the amount of it the engine can do. Diesel engines produce both for a lengthy period of time.

Because diesel engines generate greater and better torque at a lower RPM or revolutions per minute, a diesel engine has the ability to tow heavy loads up steep slopes while placing minimal strain on the engine itself – an even consuming far less fuel than gasoline engines. So, depending on what you plan on towing, be sure that you purchase the equipment needed for a successful tow.

Absolutely! Because diesel engines run at a lower RPM or revolutions per minute, they wear down far slower than gasoline engines. They're also built a bit tougher as they are outfitted with sturdier parts and thicker cylinder walls – some of which include pistons, crankshafts and valves.

How Is Diesel Fuel Different?

The major difference between gasoline and diesel is how explosions happen. In a gasoline engine, fuel is combined with air, then it is compressed by pistons – while being ignited by sparks from spark plugs. A diesel engine takes the air and then compresses that air first.  Then the fuel is injected.

Who Invented The Diesel Engine?

Back in the 1890s, an inventor by the name of Rudolf Diesel designed an effective and efficient compression ignition that was also an effective internal combustion engine that now is his namesake. Before advancements, diesel engines were huge and worked at low speeds, because of the limitations of their fuel injection systems that were comprised of compressed air. In the early years and before advancements in technology, the diesel engine competed with the hot-bulb engine invented by Akroyd-Stuart, which was another heavy fuel oil engine concept. In 1885, Diesel was well on his way by first founding and setting up his first shop in Paris. There, he began to develop and improve a compression ignition engine. The process of development took him a little over a decade. In the 1890s, he was awarded numerous patents for his invention of an effective, slow-burning and efficient compression ignition that was also an internal combustion engine.

How Does a Four-Stroke Diesel Engine Work?

How Does a Two-Stroke Diesel Engine Work?

What Is The Best Diesel Engine For 2020?

The best, overall and the highest-rated diesel engine available in 2020 is the 7.3L Power Stroke Turbo-Diesel. The engine comes standard inside of all Ford Super Duty pickup trucks manufactured for 2020. The engine also offers well over 450 horsepower combined with a reported 1050lbs/ft of torque.

This super duty engine has a towing rating up to 37,000lbs! Talk about an engine that is the ultimate workhorse!

Do Diesel Engines Have Spark Plugs?

Diesel engines are not equipped with spark plugs. What they offer as an alternative, is compression motors that provide a slower burn with less stress and better torque. This increases the diesel engine’s performance.

Why Do Diesel Engines Last Longer?

Diesel fuel is a light oil. When it is burned, and burning as fuel, it efficiently lubricates several parts of the engine- thus prolonging the life of the engine.

Can you Cold Start A Diesel Engine?

Before starting a diesel engine during colder temperatures, be sure that you plug in your block heater.

But before you start your truck or vehicle, be sure that you remember to unplug the block heater.

Once the vehicle is ready to start, turn your vehicle’s key and set it to the run position. But wait on starting the vehicle. Be sure that you look at the gauges and lights on your dash. Look out for the glow plug heating indictor light- then make sure that it goes out.  After it is gone, start, turn the key to your truck or vehicle and begin starting the vehicle. When you set your diesel vehicle to run before starting, you are allowing the fuel in the glow plugs to warm up and the vehicle to pump.