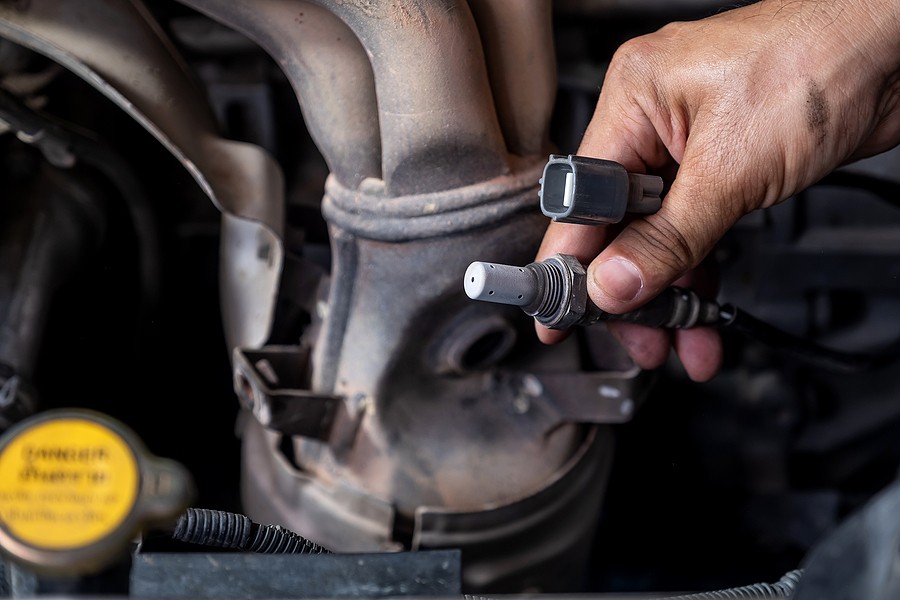 If you're looking for “when should the oxygen sensor be replaced?” Here are the common symptoms to look for:

The oxygen sensor might look like every minor component, but it plays a very significant role in your vehicle. When the oxygen sensor fails, it leaves a lot of issues, including failing the emission tests, which you never want to be in.

As the oxygen sensor gets older, it might get to where it fails and requires replacement. A failed oxygen sensor is never a fun situation, and that's why you'd have to replace it immediately.

Every driver must familiarize himself with the different symptoms indicating the oxygen sensor is due for replacement. This article provides you with all you need to know to help you answer the question “when should the oxygen sensor be replaced?” What is an oxygen sensor, and what does it do?

The oxygen sensor plays a significant role in your vehicle's combustion system. The action requires a combination of air and fuel to generate the explosion in addition to the spark. If there is any bias in the air-fuel ratio, the engine does not operate properly, and it won't produce the required energy.

Thanks to the oxygen sensor responsible for regulating the amount of ear to fuel ratio that goes into the engine. Of course, if the Oxygen sensor doesn't work properly, this ratio gets disturbed, and that's when you'll deal with all types of problems related to the engine's performance.

That's why it's critical for you as a driver to keep an eye for the oxygen sensor and learn about all the symptoms that could indicate your engine oxygen sensor is going bad or is about to go bad.

How long does the oxygen sensor last?

Typically, oxygen sensors should last between 30,000 and 50,000 miles or close to three to five years. But, of course, this range differs significantly depending on your vehicle's brand and location where you drive, along with other factors.

Therefore, you mustn't rely on this range threshold. Instead, you should consult your mechanic or look into your vehicle's owner’s manual to get an idea about what the manufacturer recommends.

When should the oxygen sensor be replaced?

Since the oxygen sensor is not designed to last forever, there will be a point of time when you have to replace it. While there might be a threshold for when the upstream sensor could go bad, there are some sudden instances where the oxygen sensor goes bad before it should.

Therefore, as a curious driver, you should always ask yourself when the oxygen sensor you replaced should?

Let's take a closer look at some of the common symptoms indicating that your oxygen sensor is due for replacement:

Since the check engine light is triggered due to a variety of problems, you need to confirm whether your problem is related to an oxygen sensor or not. One way to do this is by using an OBD scanner responsible for scanning your vehicle's internal computer and translating the error codes into messages that could help you pinpoint the culprit.

However, suppose you don't have such a scanner. In that case, you can always consult your mechanic and have him perform a thorough inspection to confirm what's going on and provide you with some recommendations about how to fix the station. For example, if the mechanic discovered that the problem was related to the oxygen sensor, he would recommend fixing it or, most likely, placing it.

Since the oxygen sensor is responsible for monitoring the air and fuel mixture, it has to do a lot with the vehicle’s gas mileage. So, for example, if the sensor did not do the job and if your engine used more fuel than it should, your vehicle won't know, and that's when you realize that you have to go to the gas station more frequently than before.

Of course, the more you own your car, the more you will be obvious for you when the vehicle starts consuming more gas than it should. When this happens, you must consult your mechanic because an oxygen sensor might avoid the problem, but also it could be related to some other culprits that you need to fix as well.

If the oxygen sensor is not operating properly, you might even notice the engine running rough. A rough engine is not normal, indicating that there is an internal problem. In most scenarios, the problem might be linked to a variety of culprits that are happening at the same time. However, it should be noted that the oxygen sensor could be one of those culprits.

In general, whenever you notice any weird noises coming from the vehicle, whether from the engine or any other components, you should take the issue seriously because it typically indicates an internal problem.

Sometimes it can be challenging to determine whether the engine is making the normal noises. Therefore, unless you've owned the car for a long time, it can be hard to know whether these noises are happening recently because of an internal issue.

However, regular maintenance can visit the mechanic frequently should help you detect the problem as early as possible. Your mechanic has extensive experience in such issues, and that's when he will immediately pinpoint the issue to you once he notices it.

One of the worst consequences that anyone wouldn't want to do is failing the emission test. As you might already know, emission test is acquired in most of the States, and failing emission tests prevent you from driving your car legally around your area on public roads.

Therefore, if you got to a point where your vehicle failed engine tests, keep in mind that the sensor might be an issue at that option, and that's what your mechanic might tell me if you don't already know.

5.    Reduction in vehicles of power

If the Failing oxygen sensor impacted the fuel economy, you'd also notice that the overall vehicle's power was reduced. Again, this is because the engine will continuously request more fuel, and that's why it will not have the right mixture to produce the optimum power using the minimum amount of fuel.

Therefore, if you don't want to deal with such situations, you'll have to replace the sensor as soon as possible.

A bad oxygen sensor might lead to engineers firing on some rare occasions. Engine misfiring is when the engine does not receive all the required components to perform the right explosion.

For example, the engine needs a specific amount of air, a precise amount of fuel, and the right spark at the right time. If any of the mentioned components did not happen, you'd deal with engine misfiring.

Keep in mind that engine misfiring is another example of engine problems that might be linked to various problems. Therefore, you cannot immediately go ahead and replace the oxygen sensor once you deal with this problem unless you confirm with your mechanic.

The old word your vehicle is, the higher the chance that the upstream sensor would feel. So, therefore, if you know that you've been driving the car for a long time and did not change the oxygen sensor for more than 90,000 mph, it could be the issue.

Therefore, we highly encourage you to reach through your vehicle's owner’s manual and familiarize yourself with the different maintenance frequencies to prevent dealing with sudden complications that might not come in a convenient situation. How much does it cost to replace an oxygen sensor?

Replacing the oxygen sensor is not cheap all the time. Typically, it could cost you between $155 and $500. The price range also differs significantly depending on a lot of factors.

For example, if you're driving a luxury car, expect to pay way more than the $500. Of course, you should also consider the labor costs, especially if you go to a dealership to get their repair done.

On the other hand, if you're driving a slightly lower value car and decide to lose a job at a small independent shop, your value and the total bill will not be as high.

Some readers might wonder whether they can replace their oxygen sensors. However, automotive experts do not always recommend doing so. This is because the oxygen sensor is a very sensitive component located in an important area around the engine. If you introduce any simple mistake to the oxygen sensor or the surrounding area as you install it, it can lead to many problems that could cost you thousands of dollars on repair. Therefore, it is better to leave it to professionals no matter how much it will cost you on labor costs.

Can I drive my car if the oxygen sensor is bad?

What's more important is whether the bad oxygen sensor resulted in failing the emission test. If that happens, you won't be able to drive your car, not because it's not working but because you did not fulfill the legal requirement in your state.

It's never a good idea, even if you can still drive your car with a bad oxygen sensor. As we mentioned before, the oxygen sensor places an important role, and if it goes bad, the overall performance of your engine gets impacted. Thus, whatever is preventing you from fixing this sensor should not be a priority because of what you would deal with if you waited on a bad oxygen sensor for a long time. The oxygen sensor is an extremely important component in your vehicle. It is responsible for monitoring the air and fuel mixture to help your engine perform properly and prevent sudden breakdowns.

Since the sensor is expected to fail over time, all drivers should familiarize themselves with different symptoms indicating that the oxygen sensor is 2 for placement.

This article provided you with all you need to know to answer when the oxygen sensor should be replaced. If your vehicle suffers from major problems like a bad engine or a failing transmission, replacing the oxygen sensor might not be the wisest decision. Instead, you might want to Evaluate selling your vehicle and buying a better car.