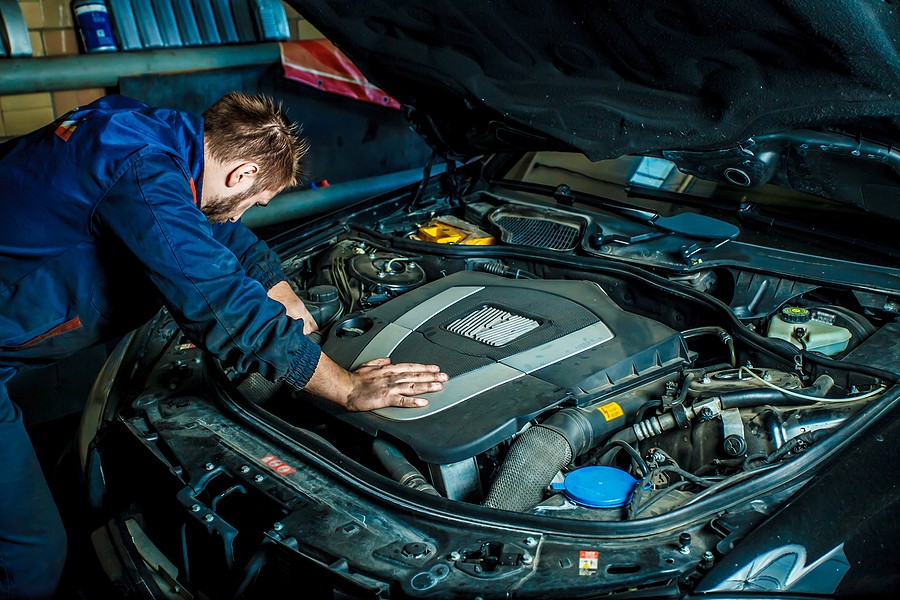 Some drivers put off having repairs made until they can better afford them or simply don’t have the time; do not do this if your car exhibits bad oxygen sensor symptoms. As time goes on, it could cause more costly repairs. The average cost of this problem ranges from $20 to $480.

The low end of this price range assumes you pay for parts only because you can do the work yourself. Labor adds a lot to the cost. Taxes aren’t listed, so you could pay even more. Depending on your vehicle’s age, it may be better to send the car to a junkyard.

One of the many benefits of modern computer-controlled engines is their ability to manage the ignition and fueling so that little fuel wastage occurs. With the high price of fuel, this is incredibly important.

The oxygen sensor of a vehicle reads the exhaust to determine the air-fuel ratio, sends its data to the computer, and adjusts the mixture accordingly by controlling the fuel injectors. Waiting to have this repair made could end up costing you thousands.

In older vehicles, fuel mixtures were handled by screws that let in more or less air based on the direction you turned the screw. Once the screws were set in place, there was no way to adjust for different temperatures, fuel grades, or any other factor that may affect the fuel mixture.

Today’s engines automatically do this with the help of an oxygen sensor. Its main purpose is to determine the makeup of the car’s emissions and relay that information to the computer for better engine performance.

If your oxygen sensor is broken or failing, the computer won’t get the correct reading and therefore won’t be able to adjust the mixture properly. This could mean more fuel costs and other repairs if the oxygen sensor is not replaced.

This blog will outline what an oxygen sensor is, the symptoms of a bad oxygen sensor, and the replacement cost. The cost is based on today’s estimate (2021) and will vary depending on the mechanic, location, and availability of the oxygen sensor.

What is an Oxygen Sensor? What Does it Do?

Modern car engines rely on input from sensors to regular the engine, its emissions, and other functions, including the oxygen sensor.

When these sensors don’t provide accurate information to the engine, drivers can experience increased fuel consumption, problems while driving, and emission failures. These problems can spell out disaster for the car owner who relies on the vehicle for getting from point A to point B.

One of the most important sensors in a vehicle is the oxygen sensor, sometimes known as the O2 sensor. The oxygen sensor monitors how much unburned oxygen is present in the exhaust when it leaves the engine.

The oxygen sensor provides a means of measuring the fuel mixture and lets the computer know if the fuel is burning rich or not. This helps your car run as it should.

If the oxygen sensor in the cylinder block or catalytic converter fails, you could experience serious engine problems.

When Should You Replace Your Oxygen Sensors?

Oxygen sensors are normally not included in routine maintenance and are typically replaced only when they fail.

Unfortunately, vehicles do not have a warning light that indicates when an oxygen sensor has failed, so you have to be aware of symptoms and have them diagnosed by a mechanic.

Some mechanics expect an oxygen sensor to remain good for 60,000 to 90,000 miles. Once the mechanic tells you the oxygen sensor is bad, you should expect to shell out about $100 to $480 for the work. If the shop says “catalytic converter replacement,” though, that could run you up to $2,400!

What are the Signs of a Bad Oxygen Sensor?

There are a few signs that will let you know you may have a bad oxygen sensor.

If your check engine light is lit, it could mean that there is a problem with the oxygen sensor.

Unfortunately, if the check engine light is lit, it could also mean there are more serious issues to be dealt with. A mechanic will be able to give you a diagnosis and may even do it for free.

Some professionals note that the car doesn’t always have a way to tell the driver that the oxygen sensor is bad and that the only way to know is to keep an eye on the vehicle’s performance and to check in with a certified or licensed mechanic.

The signs include rough idling, misfiring spark plugs, lack of power, stalling, and/or a significant increase in fuel consumption.

In other words, if you feel like your car sounds bad when turned on but not driving, if the power is dipping, or if the gasoline seems to be disappearing faster than ever before, you may have an oxygen sensor problem on your hands. Even if not, you definitely still need to visit your local mechanic.

As stated, these could be symptoms that indicate other problems, but starting with the oxygen sensor is a clear place to begin.

An oxygen sensor could be another issue so the price of replacement costs can be scary if you aren’t well informed.

Luckily, a new oxygen sensor is fairly simple to replace and costs between $250 to $480 depending on the make and model of your vehicle.

Here’s a price breakdown of common repair costs associated with the oxygen sensor in 2021:

Obviously, the oxygen sensor doesn’t operate as an independent entity. It functions as a part of a broader system. For the car owner, this means that they shouldn’t be surprised if the oxygen sensor isn’t the only itemized problem on the estimate.

What Happens if I don’t Repair the Oxygen Sensor?

If an oxygen sensor fails and isn’t fixed, it could cause a few different problems in the vehicle.

Firstly, the engine computer won’t be able to correctly set the air-fuel ratio which means you will have lower fuel economy and higher emissions. This will damage other components, such as the catalytic converter.

Look again at the estimated repair prices. That’s how this little $480 problem becomes a $2,400 one.

If the catalytic converter overheats, your engine won’t perform correctly and will not be able to accelerate properly.

Dark exhaust smoke and excessive heat will follow along with the smell of rotten eggs. Imagine all of this happening just because you didn’t fix a simple sensor. When you’re calling for roadside assistance, you’ll be kicking yourself for not paying closer attention to the health and well-being of your car.

Is Driving with a Bad Oxygen Sensor Damaging to a Car?

The short answer is yes. Over time, driving with a bad oxygen sensor will hurt your car.

The oxygen sensors determine in real-time if the air-fuel ratio of your engine is rich or not. It also makes electronic fuel injections and emission control possible. When these factors fall out of line, the car doesn’t operate as designed, sometimes damaging other parts of the vehicle in the process.

The longer you drive your car, the more damage you must be willing to endure before complete replacement. This might mean you can get away with a quick trip or two with a bad sensor before getting it repaired, but you shouldn’t drive the car around town in such a condition.

The risk isn’t worth it. Instead, get the car to a mechanic to avoid a worse problem later.

Can You Drive a Car that doesn’t have an Oxygen Sensor?

Maybe you’re wondering if you can drive a car without an oxygen sensor.

Yes, if your engine starts and runs, and can stay running, you can drive without an oxygen sensor. However, this absolutely does not mean you should.

Typically when the oxygen sensor has completely failed, the vehicle will run rough or sluggish or stall. When this happens, there is a setting within the car that the engine computer unit will default to because it is not receiving any signal from the oxygen sensor. It does this to avoid overheating.

Modern cars with digital systems have a shutdown command with certain faults to avoid damaging the engine or other parts of the car. For example, if your transmission has a bad sensor, the car won’t operate. This is because without the sensor, you could really damage the vehicle.

When it’s on the oxygen sensor, on the other hand, something similar may or may not occur. Not all vehicles are equipped with a notification that alerts the driver of the problem.

The engine is far less efficient and consumes more fuel because the mixture is highly rich. If driven like this for too long, it could clog the catalytic converter.

Over time, the excess fuel will cause the catalytic converter temperature to increase, which could mean it reaches a high enough temperature to melt.

While you can drive without an oxygen sensor, it is not recommended as you’ll spend more money on fuel and risk having to buy a new converter too.

Bad Oxygen Sensor: Worth the Hassle to Fix

If you were quick to relate with any of the symptoms mentioned of a bad oxygen sensor, you may be worried. Without any indicator light, it is difficult to determine if the problem is in fact the oxygen sensor and even worse, how long it has been broken or began failing.

The good news is with a quick trip to your local mechanic, you can receive a proper diagnosis of what is wrong with the car and what the repair cost may be. Luckily an oxygen sensor is a fairly inexpensive repair that can be done in a few hours.

If left alone, this issue could be detrimental to the car. Not only will you spend more on fuel due to a higher amount being burned off, but you could end up with a melted catalytic converter which costs significantly more.

Unfortunately, as car owners, repairs are inevitable. If you can afford to have the oxygen sensor replaced, do it. It is worth the investment to ensure your car runs properly and fuel efficiency is at its best.

If the oxygen sensor should have been replaced, but you ignored it, and now the catalytic converter needs to be replaced, you are in a different situation. The cost of the part alone could be up to $2,200 which depending on your vehicle age, could be close to the car’s value!

At that point, it may be best to end the relationship with the car. Hopefully, it has served its purpose and you can send it to the junkyard. In exchange for the title and other paperwork, the junkyard will give you a cash payment to put to your newer vehicle.

Not only do your finances matter, but so does your safety. Don’t risk driving around with a bad oxygen sensor in order to save a few bucks.