What to Remove Before Junking Your Car 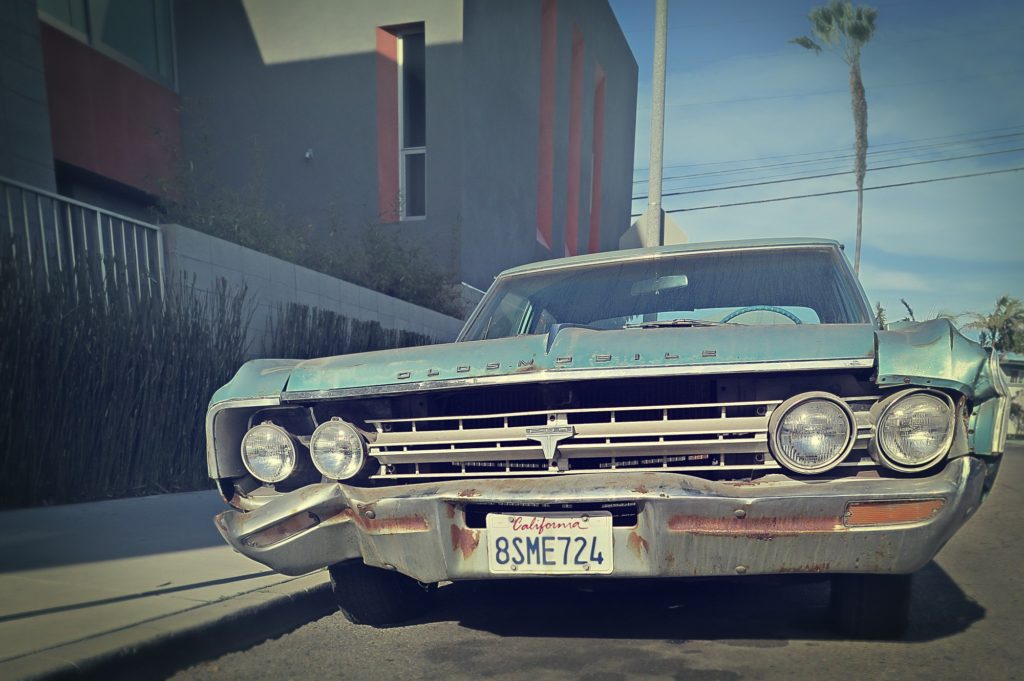 While it's a little sketchy to some and innocuous to others, more and more car owners are donating their cars to charity instead of junking them. However, sometimes junking your car is the only option, especially if you know your car has no more life in it. However, there are still some valuable components even inside of a dead car.

Here are a few things you should consider taking from the car before you send it to the junkyard. This should be a no-brainer. Comb through your car looking for every piece of jewelry, old iPod, or any other electronic device you think is sitting in there.

If you remember dropping a valuable item a few weeks or months ago, why not take the time to dig around to be sure. It's likely that your valuable item is in there somewhere. Once you send your car off to be junked, there's no turning back.

Even cell phone chargers could cost you $20 that you don't need to spend when you've got them under the seat or in the glove box.

Take a second look around your car before getting rid of it. You could save yourself some money or find a few items you could sell at your next tag sale.

Look At Your Audio System

If you invested a cent in your audio system, it's likely you have something really good set up in your car. It's also likely that other people have the same car and want to boost their own stereo system. Instead of tossing it away, take it out and try to sell it.

There are lots of electronics shops, pawn shops, and audio stores that would take it. You might even be able to get a pretty penny for it online. You don't know until you look it up.

If it's a pain to remove the audio system, do some research to see whether it's worthwhile. If it'll only get you $20 and take two hours to get it out, then don't bother. Usually, it's very simple to do. If your junk car has a GPS system, you shouldn't just toss it out. You could sell that separately and get some extra cash for it. If it's only compatible with your make and model, that might be a good thing.

People are often hunting down OEM parts and paying top dollar so that they can keep their car in ideal shape. If your system is still in good condition, you could get a few hundred dollars for it.

Portable GPS isn't as valuable as the manufacturer's own system but you could still make a little money from that system. It's definitely not worth junking.

The cost of replacing an exhaust system on a car could run as high as $1,000. To buy the catalytic converter and all of the other components and to have them all installed is a complicated affair. They're better off being sold as used parts than to end up in the junk yard.

Your exhaust system is responsible for controlling the noise of your engine and to keep the air coming from your system cleaner. It's better for the world around you when you properly filter the air.

The metal contents of an exhaust system in good condition could prove to be profitable. There's always going to be a demand for these parts. Separate out the Catalytic Converter

So long as your car is not older than 1975, it's sure to have a catalytic converter. This is another part of the car that's always in demand. It costs a fair amount to manufacture one of these, so having a used one could make it very useful to someone repairing their car on a budget.

Catalytic converters have precious metals in them. They use rhodium, platinum, and palladium, which are hard enough to get, let alone to turn into the part you have in your car.

The fenders that protect your wheel wells are a valuable piece of your car. Your bumpers also have value because so many people want their car to stay in pristine shape as well as to be safe.

Your fender can be easily bent when you get into a small crash. The term “fender bender” comes from the literal fender that is expensive to repair and susceptible to damage.

If you have a newer car, your fender could be worthwhile for anyone who has been in an accident. Talk to body shops and see how much they'd be willing to pay for your part.

Most bumpers are made of fiberglass, steel, aluminum, and plastic. These help reduce the damage that comes from an impact. However, it only takes one small accident or a lifetime of brushing against buildings and curbs for the bumper to get beaten up. Doors, Windows, and Their Components

Doors and windows might not seem like a significant part, but it turns out they could be valuable to anyone who's been in an accident. If a door gets crushed in an impact, it could damage components, the exterior of the door, and the window that rests inside of it.

Trying to replace one or all of these parts is hard. However, if you have a popular make and model of a car, it could be valuable to car owners to have a replacement piece from your car. It's often cheaper to replace the whole entire door than to replace the parts.

Mechanics put in a lot of work trying to take out dents or trying to get into the door to fix broken components. However, instead of taking the time to do that, you could save on labor costs. Just replace the whole door instead.

A car battery is not only hard for you to dispose of anywhere other than a designated spot, but it also might be worth removing. Your car battery might be useful to another driver whose battery is older than yours.

You can also make money by bringing it to a salvage yard and recycling it. The price for this is usually around $20 per battery.

Batteries can also be refurbished with the use of Epsom salt and distilled water. If you do it right, you could end up getting another five years out of your battery.

A functioning battery in good condition is worth reselling. However, even if the battery is dead, try salvaging it for extra money.

Sell Your Tires and Rims

Even for a small car, used tires can be pricey. Cars get taken off of the road for a wide variety of reasons, often leaving recently replaced parts in great condition. Rather than sending them to the junkyard, recycling your tires and rims ensures you could get an extra few hundred dollars.

If you know that your tires and rims are in great condition, you can make some cash. Rather than buying brand new rims, other owners of your make and model car are going to want to get used parts. There are big savings to be had.

Chrome, aluminum, and alloy rims are all in high demand for car owners. If you took the time to soup up your car, you could even get a few extra thousand dollars or more. This is a smarter move than sending your car to the junker intact. A great truck hatch is hard to find. They're made out of durable metals and have the strength to help tow other objects and vehicles. The hatch or tailgate is a small little thing but there's a lot of value to be had.

You could get a few hundred extra dollars depending on the vehicle that you have. A customized hatch might even be worth more if it can take heavier loads and endure a lot more pressure than the standard hatch.

Junking Your Car Can Be Lucrative

If you know the true value of the components in your vehicle, junking your car could be a money-making proposition. While it might not net you a completely new car, it might help you cover a few payments. If you've put money into your car in the past, reap those rewards later.

When you junk your car, make sure you follow our guide on common mistakes to avoid.

PrevPreviousWhat’s the Average Lifespan of a Car?
NextFactors That Impact The Price When Selling Junk CarsNext