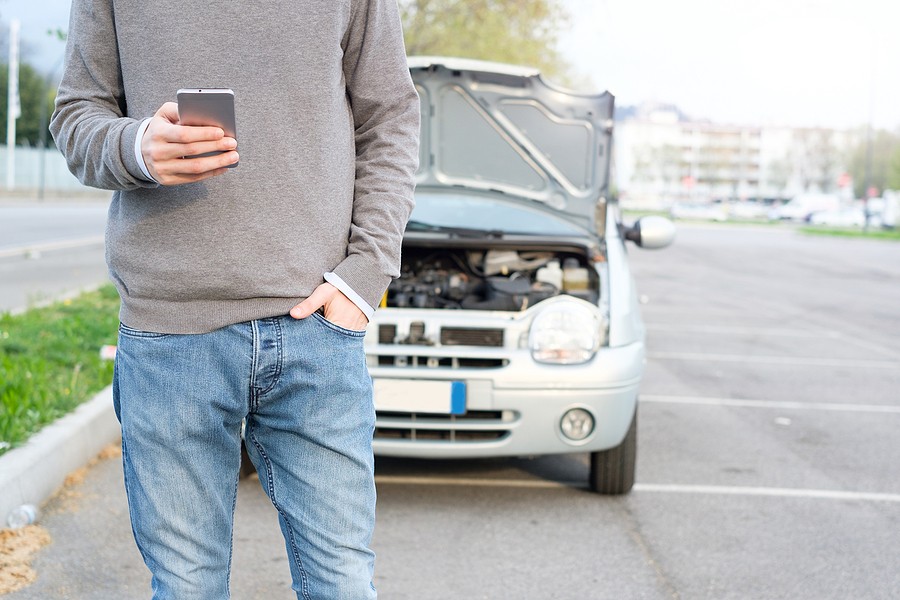 A seized engine is an engine that fails to turn over or is locked. It could happen when you are driving your car and you hear a loud noise and the car suddenly turns off, or perhaps you turn your ignition, it will crank but your car won’t start. The most common cause of a seized engine is oil starvation which causes the engine’s metal parts to rub against each other. When this happens, it will create an enormous amount of heat that could damage the engine. If you ask, what do with a seized engine? Depending on the severity of the damage, it can be repaired but the mechanics will probably suggest replacing the entire engine since it will be a more practical solution.

The engine repairs will be more costly for you than just replacing the engine. Another thing you can do is to have your engine rebuilt, repairing or replacing its damaged parts. However, before you decide what to do with a seized engine, you have to assess it, find out how much it will cost to repair the damage. You also need to assess your car. If the overall cost of repairs or replacement is greater than the market value of your car, then it is much better to sell it. There are cars-for-cash companies that buy used cars regardless of their condition like the Cash Cars Buyer.

A seized engine is something car owners don’t want to deal with. It is one of the worst things that can happen to your car. The engine seizes when a major component stops moving which causes your entire engine to stop moving too.

A seized engine can happen while you are driving and it suddenly stops or when you are turning your ignition, cranking it up but the car won’t start. Engines can seize when there are mechanical failures that lock down the crankshaft from rotating on the bearings in response to the movement of the piston.

The crankshafts can lock down because of malfunctioning piston rod bearings, broken or damaged crankshaft, and other locking of internal components like the piston getting stuck to the cylinder walls. When you have a seized engine, you better prepare a budget needed for the repairs or a possible engine replacement. Know that it will not be cheap since engine repairs or replacement is one of the most expensive car parts to repair.

Before you decide what to do with a seized engine, you need to make sure that your engine is indeed seized. When you start your car and the engine doesn’t start, many people will think that the battery is faulty – which is not entirely false. Your car won’t start due to a dead battery when you have left your door not closed all the way or if you left your headlights on overnight, causing your battery to be drained.

A seized engine can cause your car not to start. To make sure that it is not caused by a dead battery, you can try to turn the car on and run the electronics like the lights or radio. However, a bad starter can also cause the same symptoms. You can do some tests to determine that the problem is caused by a bad starter. All you need to do is manually rotate your crankshaft. When it turns, it means that you have a bad starter.

When your engine has seized it will be impossible to drive your car normally. But, if it is still starting to seize, you will notice that the performance of your car has significantly reduced. You may feel that every time you step on the gas pedal, your car won’t go as fast as it normally would and sometimes, it won’t pick up speed at all. Then the engine will eventually lock up and your car will just stop for good, or until the problem is fixed.

An engine that won’t start or turn over can mean that it has seized, but you will also notice other symptoms such as a clunking sound or fumes coming out of the engine.

Loud clunking or knocking noises can be heard when you have a seized engine. These noises can be heard due to a low oil level that is causing friction when the starter hits the flywheel. The sound can also be the piston rod knocking against the crankshaft. These loud noises will continue to become louder and get worse until the problem is corrected.

When the engine seizes and its components are locking up, it can hinder the oil circulation. The engine control unit or ECU will be able to detect that something is wrong with the oil flow and will alert you by setting off the engine oil warning light on the dashboard. If you have a car that shares this warning light with the check engine light, you may notice that either or both lights are turned on.

When the engine seizes, it will be locked up and can longer move. When this happens, the starter will still try to crank the engine when the key is turned, creating additional problems. Since the starter won’t be able to turn the engine, the electric wires can start to overheat and you will notice it when you see smoke and smell like something is burning.

What to Do With a Seized Engine? – How Much Does it Cost to Unseize an Engine?

If you are wondering what to do with a seized engine, you can choose to have it repaired or replaced, rebuilt, or just sell the car. But before you decide, you will have to consider the costs. Like mentioned earlier, repairing or replacing an engine is one of the most expensive car parts to repair.

So, you ask, how much does it cost to unseize an engine? The answer to that question can vary depending on the severity of the damage. But let us go through all the options and determine the costs.

The engine does not just seize all of a sudden, it usually comes with warnings or signs that can alert you it has some problems. It is important that you won’t miss or ignore the signs of the probable seizing or failure of your engine so you can still repair it. Its early signs include knocking noises, illuminated oil light, or poor engine performance. If you had detected the problem earlier before the engine completely seized, the repair cost would have been less expensive.

However, if the mechanic has determined that your engine is seized, you will have to shell out some cash for its repairs. Many mechanics will suggest that a complete engine replacement should be done to correct the problem rather than trying to repair it. This is because, eventually, the repairs will cost more than just replacing the engine. Seized engine repairs can cost between $2,500 and $4,000 depending on the severity of the damage.

Repairing a seized engine caused by oil starvation includes replacing some of its damaged components. To repair it, you may need to purchase new bearings, new pistons, new piston rings, new oil pump, new components of the valvetrain, new camshaft, and new crankshaft. You will also need an engine block rectification and cylinder head rectification. So instead of dealing and buying all of these components or maybe more, mechanics will just suggest replacing the entire engine instead.

The engine replacement cost can vary depending on what type of engine you choose. New engines will cost around $4,000 up to $7,000. You can also choose to buy a good used engine if the original block has extensive damage. A decent used engine can be bought for around $1,500 to $3,000. Although buying used engines is a much cheaper option, it can be risky and of course, you need to consider many factors including compatibility.

Then there's the engine rebuild. When you have your engine rebuilt, your engine will be taken apart and its faulty components will be replaced with new ones so it will operate like its new. The rebuilt engine will then be reassembled and will be put back in the car. To rebuild an engine, it will usually cost you around $2,500 to $4,000. The price can vary depending on the car’s make and model.

If you still haven’t figured out what to do with a seized engine, you can try to have it replaced. There are a lot of options on what kind of engine to buy. You can choose an engine that best suits your budget.

When you sell a damaged car, you have several options. One is to sell it under its market value. Meaning, you will sell it for a much lower price than its actual market value. This can be done but it will be hard to find a buyer who is willing to buy a damaged car even if it is sold cheaper.

The next option you have is to scrap your car. You can either take your car apart and take all the parts and accessories that can be sold and sell them yourself or take your car to your local junkyard and sell it to them. You will be paid the car’s scrap metal value and they will be the ones to do all the dirty work of taking your car apart.

You can also sell your damaged car to cars-for-cash companies such as the Cash Cars Buyer. They will give you an instant quote and do all the work for you. They also offer free towing, making it more convenient.

Dealing with a damaged car and determining what to do with a seized engine can be a hassle. It is something car owners don’t want to deal with since the repairs that come along with it are not cheap. It is for this reason why the auto manufacturers and the experts are constantly reminding you that you should always follow the recommended service and maintenance schedules of your car, especially the oil changes.

The most common cause of a seized engine is oil starvation and this occurs when your car has insufficient oil level. When the oil level is low, your engine will overheat. When it overheats, its components will melt and the bearings will eventually become damaged. So do not just ask what to do with a seized engine, but ask, what should I do to keep my engine from seizing?