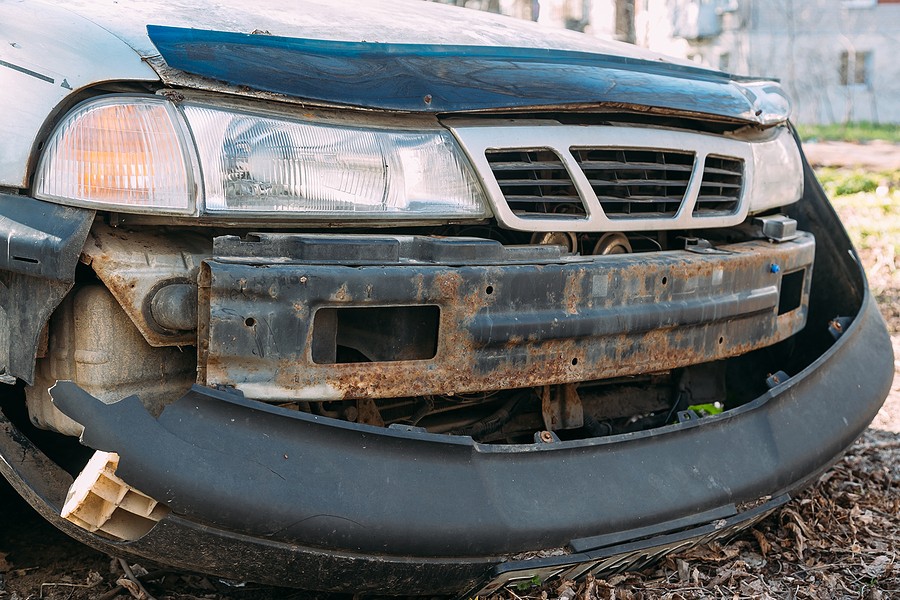 “What is a junk car?” That’s a question that more than a few people have started to ask now that “WE BUY JUNK CARS!” signs are popping up all over the place, both in-person and online, these days. You yourself may have asked that question and wondered whether or not your car falls into the “junk car” category.

Different people have different answers that they give when they’re asked the question, “What is a junk car?” But generally speaking, most people agree that there are certain signs that indicate when a junk car is, in fact, a junk car. You should look for these signs if you’ve been wondering if you have a junk car on your hands.

You can read about the signs that will help you answer the question, “What is a junk car?”, below. You can also discover how to go about selling a junk car towards the end if you decide that you have a junk car that you don’t want anymore.

What Is a Junk Car?

Before we get too deep into trying to answer the question, “What is a junk car?”, you should know that pretty much any car can be considered a junk car. If you have a car that you don’t want anymore, you can contact a junk car buyer and arrange for them to buy it from you. Junk car buyers won’t be too picky when it comes to purchasing vehicles.

But if you want to know if you have a true junk car, then it’s only right that you ask the question, “What is a junk car?”, and attempt to answer it. The following signs are going to let you know that you most likely have a junk car sitting outside of your home or in your garage.

It’s impossible to predict exactly how long a car is going to last. There are some cars that conk out well before the 100,000-mile mark and others that stick around for 200,000 miles or more. It all depends on everything from how well a car is maintained to how lucky a car owner is (some cars unfortunately just break down way sooner than others, even when they’re properly maintained!).

But on average, a car is going to last for about 12 years prior to needing to be replaced. So if you have a car that is older than that, you won’t have to search too hard for an answer to the question, “What is a junk car?” You can rest assured knowing that your car is likely a “junk car.”

Now, to be fair, just because a car is old doesn’t always mean it’s a junk car. It might still run just fine, and it might be in pretty good condition. But unless a car that’s over 12 years old has been kept in a garage and hardly driven around, it’s likely going to be inching closer and closer to its final days. There is a good chance that it falls squarely into the “junk” category.

Another way to answer the question, “What is a junk car?”, is by looking at the number of miles that are on a car. This is typically a better way to gauge whether or not a car is a junk car. If it has a ridiculous number of miles on it, it often means that it’s on its last legs and will be considered junk when a person goes to sell it.

As we alluded to a few moments ago, there are some cars that are sticking around until the 200,000-mile mark nowadays. This would have been unheard of as recently as 20 years ago or so, but with people taking better care of their cars and technology helping them out, it’s not preposterous to see a car with more than 200,000 miles on its odometer out on the road.

Still, you shouldn’t expect for your car to last this long unless you go above and beyond while maintaining it. In most instances, you’ll be lucky to get 150,000 miles out of your car, and even then, that’s going to be a long shot. If you have that amount of miles on a car, it’s most likely going to be a junk car when you go to sell it.

There are some situations in which you can bring a car that doesn’t run back to life and prove that it’s not “junk.” If, for instance, you’re able to get a car back up and running by popping a new battery into it, you might not have a junk car on your hands.

But more often than not, a car that doesn’t run is going to have:

And whatever is wrong with the car isn’t going to be worth fixing in many of these cases. You’ll be better off chalking a car up as a junk car and unloading it rather than trying to get the car to run again.

4. It Has Major Issues

Just because a car runs doesn’t mean that it can’t be a junk car. A car can also be lumped in with other junk cars if it has major issues that aren’t worth repairing. This would obviously include any issues that involve the engine and/or transmission. But it might also include some of the other expensive car repairs that people are sometimes forced to take on.

You might have a junk car if your car is in need of one of these repairs:

If your car has major issues and needs to be repaired, it could technically be a junk car. The more expensive these repairs are going to be, the more likely it is to be categorized as a junk car.

There are roughly 6 million car accidents that occur in the U.S. each year. And while many of them are minor fender-benders that don’t do too much damage to the cars involved in them, others result in cars being completely totaled.

A totaled car is a car that has sustained damage that would be too expensive to fix. Oftentimes, the repairs that are needed to bring a totaled car back to life would far exceed what the car itself is actually worth. As a result, a car insurance company will consider the car totaled and pay to replace the car rather than paying to repair it.

If you ever total a car in an accident, you won’t have to think too hard to come up with an answer to the question, “What is a junk car?” You’re going to be looking at one right in front of you.

6. It Has Sustained Flood Damage

If a car ever gets stuck in the middle of any kind of flooding, it’s going to be bad news for the car. Outside of the fact that floodwaters can damage the interior of a car, they can also creep up into the engine of a car and cause all kinds of complications.

For this reason, you shouldn’t ever attempt to drive a car down a street that looks even remotely flooded. If you do, you might end up owning a junk car before everything is all said and done. Flood damage is some of the worst damage that can be done to a car.

Most of the newer cars that are out on the road today are jam-packed with more safety features than most people can even count. You won’t have to worry about them putting you into harm’s way when you’re behind the wheel of one.

You will, however, have to worry if you have an older car that might not be as safe as it should be. You could very well be driving around in a dangerous car if it has:

If you’re putting yourself and/or others at risk while driving around in your car, it’s likely a junk car that should be sold off and replaced. While you might be able to make some adjustments to it to beef up its safety, you’ll usually be better off scrapping it and starting over with a new car.

Do you have to cross your fingers every time you go to start your car and hope that it works? Or do you have to say your prayers when you’re sitting at red lights and hope that your car doesn’t stall out? These are two signs that you don’t have a reliable car! It’s also a sign that you may be driving around in a junk car.

If you’re trying to come up with an answer to, “What is a junk car?”, consider your car’s reliability. If you always feel like your car is on the verge of breaking down on you, it could very well be a piece of junk that should be scrapped.

Deciding whether or not you have a junk car is sometimes as simple as looking up the value of it to see what it’s worth. This is typically going to shine a bright light on the condition of your car.

If you find that your car is worth next to nothing to a private buyer or a dealership, it means that the best course of action when you go to sell it is going to be contacting a junk car buyer. They’re going to be the only ones who see the true value in your car.

10. It Doesn’t Serve a Purpose Anymore

If you’re wondering, “What is a junk car?”, and you find that your car doesn’t check any of the boxes listed here, you might think you’re in the clear. But you could still have a junk car on your hands!

Even if your car still runs, isn’t dangerous, and proves to be reliable time and time again, it might still be a junk car if you have it parked outside your house and don’t use it anymore. A car without any sense of purpose is basically a junk car that should be sold.

Instead of hanging onto your car for the foreseeable future and allowing it to continue to sit, you should sell it so that portions of it can be resold or recycled. It’ll give your car its purpose back and prevent you from having what amounts to a junk car parked outside your home all the time.

Have a Junk Car? Here Is How to Sell It

Now that you know the answer to the question, “What is a junk car?”, you should think about if a car that you own is junk. You should also learn about how to sell it if it is.

You’ll be happy to learn that selling a junk car is a cinch! Cash Cars Buyer makes it super easy for junk car owners to unload their cars to us in a hurry. To do it, all you’ll have to do is following along with these three steps:

Stop asking yourself, “What is a junk car?”, and sell your junk car today! Contact us if you have more questions about how it’s done.