What is a knock sensor? – Here’s What You Need To Know 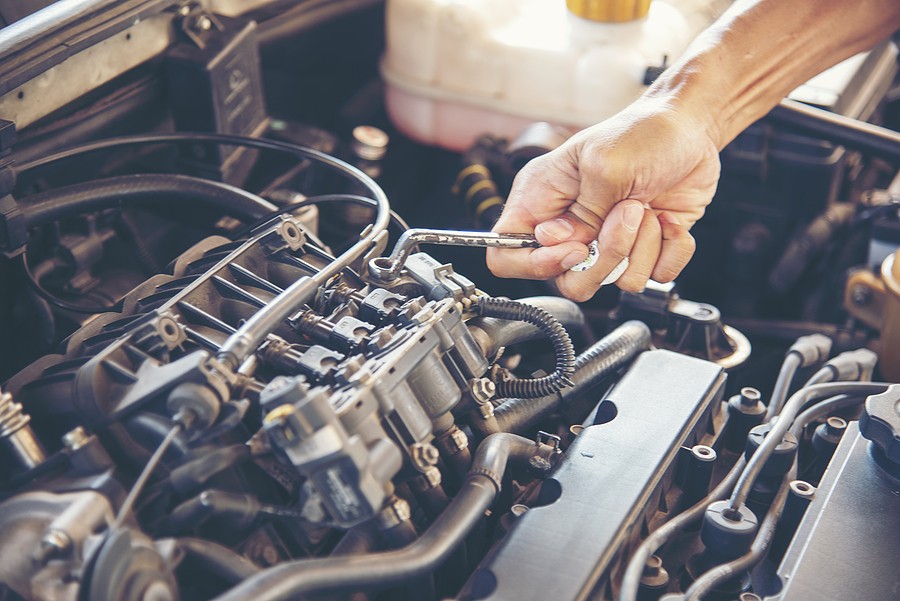 The knock sensor in your car is a key part of the inner workings of your vehicle. The engine’s knock sensor, or multiple sensors, detects the events of preignition and detonation, which are potentially damaging forms of combustion that can harm your engine and might even cause a full engine replacement. Although intense engine knocking and pinging can be easily directed by both the driver and the passengers in the car, the knock sensor detects levels that are too quiet for us to hear.

The Function of the Knock Sensor

In order to answer your question of what is a knock sensor, it is crucial to know the function of this mechanism in your vehicle. A car’s control module uses a certain computer that is supposed to optimize the timing of the ignition of the engine. This computer’s decision impacts various parts in the car, like the mileage, power, and the lifespan of the engine.

At high engine speeds, the control module is in charge of turning on the ignition timing, allowing the air to fuel mixture in the engine enough time to burn and combust at the right time. However, if the ignition time is too long beyond a certain point in the combustion process, it could lead to pre-ignition and pre-combustion – this uncontrolled engine ignition is also known as engine knock.

In order to prevent these premature vibrations and explosions from happening in your car, the knock sensor is in charge of detecting the vibrations from the pre ignition, sending a signal to the electronic control module and delaying the timing of the spark in order to avoid the detonation.

Under normal driving situations and performance qualities of the car’s engine, the engine control unit is in charge of triggering the spark to ignite the air to fuel mixture within the chamber of the engine. Since the air to fuel mixture takes a certain amount of time to burn adequately, the engine control unit adjusts the timing of the ignition to provide a balance of both the power and efficiency.

Any delay in the spark of the ignition timing can result in a decreased power and cue the engine knock to occur. Any advancement would cause self-ignition within the chamber and can damage the engine, leading to an eventual engine replacement that can be very expensive.

Symptoms of a bad Knock Sensor

As we know now, the car’s knock sensor is located on the intake manifold, the cylinder, or the engine block. The purpose of the engine knock sensor is to diagnose unusual pulsations and abnormal combustion caused by the engine detonation too early or too late. This is basically in charge of the computer of the car and the ears of the car, determining if the engine is working correctly.

The first symptom is that the neinge performance does not feel right and the abilities of the engine don't feel corect while driving at high speeds, or while the vehicle is towing a heavy load or accelerating uphill. If you notice that something seems wrong with the handling and performance of your vehicle, then it is best that you should bring your car to the mechanic. Even if no check engine light goes on, then you should still bring your car to a mechanic to have the knock sensor checked out.

A bad knock sensor could also cause the engine to not be able to accelerate correctly and at the right moment, not providing enough power while driving on the highway, and lowering the overall fuel mileage, efficiency, and the economy of the car. If you notice that this is happening when you are driving your car, especially at highway speeds, you should have your car brought to a certified mechanic to see why your car is slow to accelerate.

Another reason why your car could be slow to accelerate is a defective fuel pump, like if the fuel pump stops working, malfunctioning, or becomes clogged over time. A clogged fuel filter can prevent the car from filtering out the amount of contaminants in the fuel and restricting the amount of fuel reaching the injectors.

Another cause of the car being slow to accelerate besides the knock sensor is a leaking fuel line, dirty airflow sensor, a vacuum leak, or a failing catalytic converter, that can prevent the proper amount of air from going to the engine and powering the car.

In addition to the slow acceleration and the engine not feeling right, a bad knock sensor can cause different sounds being produced in the car’s engine. If the computer does not recognize a sound being produced by the car, it will turn on the Check Engine light. A check engine light can also come on for other reasons, like your oxygen sensor failing, a loose fuel cap after you put gas in your tank, catalytic converter failure, spark plug and ignition coil issues, bad spark plug wires, mass air flow sensor failure, issues with an aftermarket alarm, or vacuum leak.

Once your car’s computer detects that the engine knock sensor is not working correctly and is malfunctioning, your vehicle will most likely lose power – and this can sometimes happen while you are driving, which can be very dangerous. How much power you lose in your car can depend on the octane limit of the engine, and how heavily it relies on the knock sensor input.

The vehicles that will lose the most power are high-compression vehicles and those that have flex-fuel engines, since the loss of power will slow the engine timing and keep the transmission out of drive.

The second cause of a bad knock sensor could be the misuse of the car – if you are handling your vehicle roughly, and causing poor acceleration and poor fuel economy, the car's performance will suffer and it can damage the knock sensor. It can even go bad if you are removing the knock sensor in the wrong way. If you push the connectors the wrong way this can cause the sensor to go out of alignment and break fragile parts.

What Happens when the Knock Sensor Goes Bad?

Since the vehicle is affected in one way or the other, there are a few things that you are going to experience during your driving when the knock sensor goes bad. If this occurs, you will notice these three things in your vehicle.

Once your car sees that the knock sensor is damaged or has gone bad, you will see that your vehicle's performance will suffer and the car is losing power. It depends on the octane limit of the car’s engine and how much octane and power will be lost from that specific engine. The loss of power can slow down, and even stop completely, the timing of the engine. Overall, the performance of the vehicle is stopped.

The bad knock sensor could slow down the acceleration and the horsepower of the vehicle, especially when you are trying to speed up on the highway. You might need to apply a firmer pressure on the gas pedal, step on the gas pedal harder, or press the pedal down to the floor, and affect the way you drive in order to give enough gas to the vehicle. This means that your car has lost the fuel mileage and the fuel economy has significantly decreased.

Another result that can happen from a bad knock sensor is that the engine will not work in the correct way and will not behave properly. If the engine knock sensor has gone bad, it will be unable to perform well when you're carrying a very light or a very heavy load, especially going uphill or trying to accelerate. Sometimes, the light won’t even illuminate after having these issues, but you should still bring your vehicle to a mechanic.

There are main signs of the engine failure in your car. By knowing these signs, you can help fix your vehicle and keep your car from breaking down over time. The first sign of an engine failing is a knocking noise that originates from under the hood and changes with the amount of engine RPMs and the sign of a failing engine bearing. Engine bearings are what is in charge of moving the engine parts.

The second sign of the engine failing in your car is an increased amount of exhaust. If you notice that more smoke is coming out of your exhaust pipe than it originally should, then you know you have an issue in your vehicle. You can tell the origin of the problem by the color of the smoke from the exhaust pipe, with blue smoke meaning the oil is burning, while white exhaust is a sign of coolant burlington in the combustion chamber.

Lastly, if your car is having a rough idle, then this can be a sign of a fuel delivery issue and a problem with the fuel and knock sensor.

In most cases with your vehicle and when your car is running correctly, if you leave the engine knock alone and do not take care of the root issue, it can lead to permanent damage to the engine and cause engine replacement. This can cause the car to accelerate smoothly, the car to start to jerk while driving, the car to stall, and the car to drag.

PrevPreviousKia Stinger Problems – A Reliable and Safe Car!
NextToyota Timing Belt or Chain: Everything You Need to Know Next