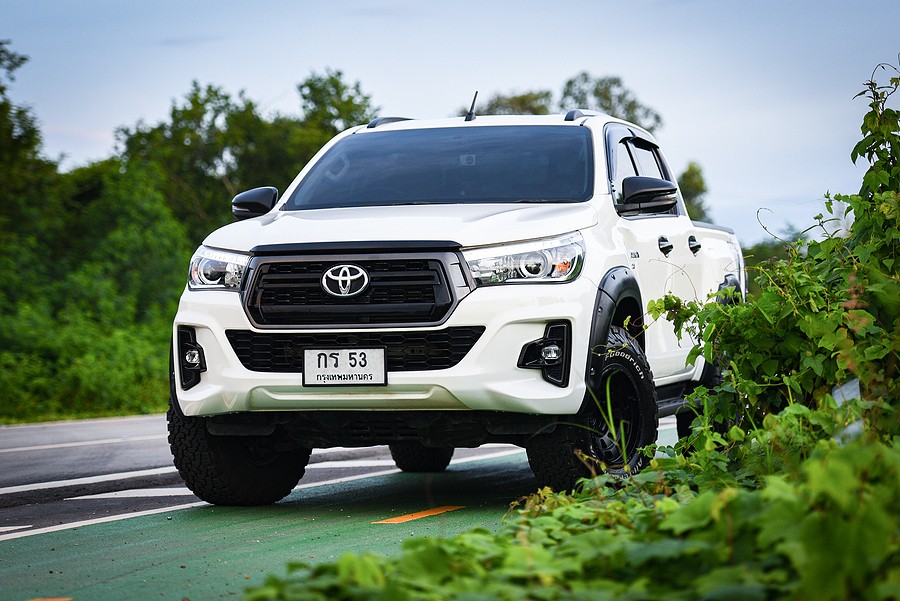 Toyota is one of the most popular automakers in the world. It was actually the first manufacturer to produce more than 10 million vehicles per year, which it achieved all the way back in 2012. They also have the best-selling vehicle model of all time, the Toyota Corolla, which has sold well over 40 million vehicles around the world. It's safe to say that everyone recognizes Toyota when they see it, and they have a reputation for quality and reliability in their vehicles.

Just because a company is known for their reliability doesn't mean that they are devoid of problems with their models. No company can make over 200 million vehicles in their lifetime and not have a few lemons in the batch. Over the years, various Toyota models have been plagued with issues including problems relating to the timing belt. That's to be expected, because no car is ever perfect. That said, they're not terribly unreliable by any means. But it's worth knowing which Toyota models have had issues with their timing belts in the past so that, if you're in the market for a new Toyota, you'll know which ones to avoid in order to save yourself a bit of grief.

One of the most important things to understand about how the timing belt or the timing chain works on your Toyota is to know first of all whether it has a timing belt or a timing chain. Some Toyotas use the rubber belt, while others have metal chains. Toyota has set up a website that you can check out to let you know whether or not the vehicle you're driving actually has a chain or a belt.

A timing belt performs the same function as a timing chain. The difference between the two is what they're made of and how long they last. Timing belts are made of rubber and as such are subject to a little more when they are then a timing chain which is made from metal.

When vehicles were first manufactured with timing chains, they were all made of metal. It was around the 1970s when manufacturers started putting into place cost-cutting measures to lower the price of vehicles overall. Remember, this was the time of the oil crisis, and consumers looking for better deals on many products while manufacturers were looking at ways to maximize profits by cutting down on materials and using cheaper alternatives.

Auto manufacturers replaced the costlier timing chain with a much simpler timing belt. Made of rubber, these are designed to handle the high heat of your engine and they do last for upwards of 100,000 miles under ideal conditions.

These days, many manufacturers are getting back into using timing chains rather than timing belts. They are much more resilient and should be able to last the life of your vehicle provided nothing goes too terribly wrong. They do cost a little bit more but compared to how often you would need to replace one the cost can even out.

If you check out that link, we provided you'll see that Toyota has a wide range of chains and belts across all of their models, depending on the year. Some models went from chains to belts to chains again over the course of several model years.

At the end of the day, a timing chain or timing belt both accomplish the same task, and both are extremely integral to the way your Toyota engine operates.

Starting at around 2010 or so, most Toyota models switched from timing belts to timing chains. It's not a hard-and-fast rule of thumb, but it does cover most vehicles. You'll have to check your owner's manual to be sure if you're not one hundred percent right now, and with some older models there is a bit of variation.

Toyota Avalon: Toyota Avalons made until 2004 used timing belts, and then afterwards they switched to timing chains.

Toyota Land Cruiser:  Early Land Cruisers actually use the gear rather than a chain. That was from 1990 till 1992. They switch to change from 93 to 97. Belts took over from 98 till 2007 and then after that they switch back to the chain again. Land Cruisers are clearly a little confusing.

Toyota RAV4: From 1996 to 2000 the RAV4 used a timing belt and then it switched to the timing chain. The timing chain in the V6 didn't come in until 2006, however. The RAV4 EV doesn't use either one because it's an electric vehicle and it doesn't require one.

Toyota Sienna: The V6 Toyota Sienna used a timing belt from 1988 until 2006. After that it switched over to the timing chain.

Toyota Tundra: The Toyota Tundra has been all over the map with belts and chains. The V6 and the V8 used belts in the early 2000s and then switched to chains midway through.

Toyota Yaris: The Toyota Yaris has used the timing chain since back in 2007.

What Does my Toyota’s Timing Belt or Chain Do?

A timing belt works by synchronizing the movement between the crankshaft and a camshaft in your car's engine. Without the timing belt or timing chain, your engine will not function at all. If something is to go wrong with your timing belt, that could cause some catastrophic damage to your engine as a result. If the belt slips off entirely and you have what is called an interference engine, the crankshaft could keep turning even though the camshaft is not synchronized with it, that could end up causing the valves and cylinders to keep moving in the wrong time. That could lead to a very costly repair and effectively break your engine. Suffice it to say, you don't want that to happen.

Symptoms of a Bad Timing Belt

As we said, when the timing belt breaks or slips off a gear, you have the potential to cause incredible damage to your engine which could end up costing you thousands of dollars to repair. Ideally, you want to avoid any problems like that before they get that far. With that in mind, there are some symptoms you can be on the lookout for in your Toyota to let you know that your timing belts may be causing problems.

Engine Misfires: If some teeth have slipped off your timing belt, it may not be able to keep your camshaft in your crankshaft precisely working in order. That means you may end up having the valves and cylinders moving in the wrong order. If that happens, you could end up with a serious engine misfire. A misfire occurs when the fuel and air mixture doesn't get injected into the combustion chamber at the precise right time. The spark can't ignite the mixture and you end up not having combustion occurring. That means your engine will lose power equal to how many cylinders you have in your engine at the time. So, a 4-cylinder engine will lose 1/4 power because one of the four cylinders didn't fire correctly.

Rough Idling: This is what happens when your vehicle shakes and vibrates when you're sitting at idle seemingly for no reason. This often happens when the teeth come loose from the timing belt and fall into the gears causing the disruption.

Low Oil Pressure: If those teeth have fallen off of your timing belt, they can clog up the oil pan below. That will prevent oil from circulating properly through the engine, reducing soil pressure and potentially causing your engine to overheat.

Noises: This is one of the most easily identifiable ways to determine something has gone wrong with your timing belt. A bad timing belt will start producing a humming or whirring sound, even a ticking sound that is outside the normal for what you're used to in your vehicle. It will be a fast-paced noise, and something that appears suddenly. You'll need to get your engine checked quickly if you start hearing the sound because it typically means there's only a short. Of time left before your timing belt breaks completely.

While a timing belt doesn't seem like it's a very complicated piece of technology, the cost of replacing one is often much more than most drivers realize if they've never experienced the issue before. Replacing a timing belt can often cost anywhere from $500 up to $2,000. In a vehicle like a Toyota Camry the cost of replacing a timing belt tends to be in the neighbourhood of $400 to $900. For something like a Toyota Tundra, you may end up spending over $1,100. Even if you buy the replacement belt yourself you could end up spending at least $600 to $800 just in the labour cost.

Replacing the timing belt is something that is often done in conjunction with other jobs because of how deep into the vehicle's engine you need to get. The most common repair done alongside this is replacing your water pump. That's because the water pump is right next to where the timing belts will connect to the crankshaft and camshaft, and it has a lifespan that is on par with a timing belt. It makes sense to repair them together and, in fact, if you had to AutoZone and look for a timing belt you'll see that they're often sold in kits with the water pump because replacing these two together is so commonplace that they're just bundled as one.