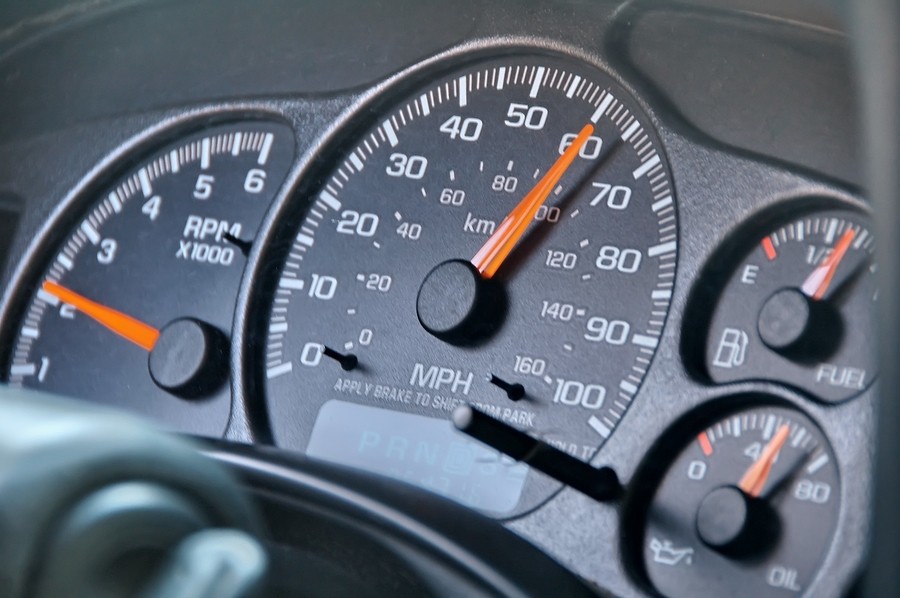 What does it mean when the “check VSC system” warning comes up on your car? Any automobile is a precision machine that needs to be cared for in a number of ways. While routine maintenance can keep it running smoothly for the most part, unexpected things may pop up from time to time. We’re lucky enough that technology can go a long way to helping us figure out what went on and what we can do about it. For instance, your dashboard will show any number of lights and warnings to indicate something is wrong. The “check VSC system” warning is one of those that you need to know about. It’s indicating that there is some issue with your car's electronic stability control. But what could it mean, and what can you do about it? We can help you figure that out.

What is the VSC system?

Lexus is actually made by Toyota, which is why the system is shared across the brands. Essentially, Lexus is Toyota’s luxury brand in much the same way Infiniti is the luxury brand of Nissan and Genesis was the luxury division of Hyundai.

When you’re driving on a wet or icy road, the vehicle stability control will kick in if it is working the way it’s supposed to. The system automatically applies brakes as needed to prevent skidding and will also reduce engine output as a safety precaution. It’s an important part of the safety system in any Toyota or Lexus. Sensors can tell which of your wheels have traction and which do not. Based on that sensor data, the system can apply the brakes to all the tires simultaneously or to the wheels individually, depending on which ones are skidding and which aren’t. Every modern vehicle has a similar safety feature included in it.

What Makes the “Check VSC System” Warning Turn On?

On the dashboard display of your Toyota or Lexus, if the “check VSC system” light comes on, you may have a serious issue, but it can take some effort to diagnose. Like the “check engine” light or the “battery” light, this is the kind of warning that could potentially mean something is seriously wrong with the vehicle if it is not immediately addressed. There have been instances in the past with older Toyotas in which this system fails in a very dangerous way. Drivers with later model Toyotas from 2007 and 2008 reported that the “check VSC system” warning would come up while driving. The car would then become difficult to handle and stopping proved even more difficult in some cases while in others moving at all was now an issue.

The VSC light can turn on if the computer controlling the system fails in some way or the ABS brake system is not functioning properly. VSC and your ABS work in conjunction with one another so often if something happens to one system it will have a profound effect on the other. There are a number of potential causes for this such as;

What Happens when the VSC System Fails?

Like any car system, the VSC can fail for several reasons in a number of ways. Drivers faced with it have reported things like the light coming on causing the brakes to go completely soft underfoot. The brakes kick in immediately and powerfully, like the kind of braking you’d expect by slamming your foot down in a panic. The pedal itself controls nothing but your car is stopped dead.

In other cases, the brakes don’t powerfully engage, instead, they’ll simply fail to cause the car to drift until it comes to a stop on its own. Both, as you can imagine, could be incredibly dangerous. For those reasons, you definitely never want to ignore the VSC light when it comes on.

Other cases in which the light comes on can be mystifying as there will be no outward signs and the vehicle seems to be running properly. Potentially it would still be drivable, but if you hit a bad patch of road you could be dangerously at risk of an accident. In these cases, you can’t know if the system will engage or not.

In general, the VSC system failing means that you could be losing stability on the road. You likely won’t notice anything is off until it’s too late because you only need this system when you need it. Without it your safety is at risk.

It’s worth noting that the VSC system can be, in fact, manually shut off if you want to. This is something you should only do in certain situations, and it shouldn’t be left off at all times. Any Toyota or Lexus outfitted with the VSC system should have a VSC switch readily available to you as a driver that allows you to disengage the system as needed.

Why Shut Off the VSC System?

Because of how the VSC system works, there are a handful of instances when you wouldn’t want it on. The most obvious case would be when your car gets stuck. If snow or mud have you stuck in place, it can be nearly impossible to escape with the VSC system on.

Since VSC tries to balance all the tires to prevent skidding, it actually prohibits your ability to free yourself. When you turn it off, it makes it much easier to start that rocking motion that will allow your car to move forward and back until you free yourself from the quagmire. The VSC is meant to prevent skidding, and you need those tires to work in an unbalanced fashion to rock yourself free.

It can also benefit you to switch the VSC off if you’re in some seriously rough terrain. If it’s a rocky road, muddy, riddled with bumps and potholes, the VSC can make the ride even rougher, The thing is it doesn’t just affect how your wheels move, it can also limit engine power in conjunction with that to try to prevent skidding. But on uneven terrain, those two effects together make a rough road even harder to travel.

If you’re experiencing one of the mystery VSC malfunctions, then it may also be worth your while to temporarily shut off the VSC just to prevent any unforeseen side effects like we’ve mentioned. This should of course only be done with caution and just for as long as it takes to get the car to a mechanic so they can figure out what the problem is and address it for you.

A lack of engine output and lower wheel rotation speed caused by the VSC when there’s no reason you can readily see for that to happen can be cause for you to turn it off as long as you’re sure you can do so safely.

Where did the VSC System Come From?

Nearly all modern vehicles have some kind of electronic stability control system included in them. That name, Electronic Stability Control or ESC, is very commonly used and you can find it in Jeeps, for instance. There are a variety of others, as well.

Toyota’s vehicle stability control dates back to 1995 but they did have earlier versions. As early as 1983 Toyota had what they called “anti-skid control” in the Toyota Crown.  By 1987 the company had its first official traction control systems in place along with BMW and Mercedes. Toyota has clearly been at the forefront of this safety system since the very beginning.

In 1995, Toyota’s Crown Majesta was their first model to feature the Vehicle Stability Control. By 2012 ESC systems had become legally required on every vehicle sold in the United States.

Can You Drive with the VSC Light On?

Any time a warning light appears on your dash, this is a question you may ask yourself. Is it safe to keep driving? Unfortunately, there is no right answer to this question. No matter what, you need to take a warning light on your dash seriously. The check VSC light could be a very serious issue. But it could also be a glitch. You’ll need to take into account what is happening in the moment when the light comes on to determine your best course of action.

Something like a faulty O2 sensor or a loose gas cap issue means that there is really nothing wrong with your VSC system and driving is safe to continue. That said, those issues need to be addressed still in case a secondary issue arises. If you think there is one issue, and another one pops up, you won’t see it coming and that can also be dangerous. Safe to drive or not, the reason for the light coming on needs to be addressed because that is the only way to know for sure that it’s safe to drive.

How to Fix the Check VSC Light When it Comes On

As we said earlier, one of the more common reasons for this warning to come on is a loose gas cap. Strangely enough, simply removing the gas cap and then securing it again can often cause the light to turn off. The absolute worst-case scenario here is that it doesn’t work but this should 100% be your first solution. It takes little time and effort and may save a lot of fuss if that’s all you need to do.

If the VSC light came on during snowy conditions, then your best and easiest option is to park somewhere warm enough to let that snowmelt and see if the warning light stays on.

If you have access to an OBD 2 scanner, an “on-board diagnostic” scanner, you can try that. This is what a professional mechanic would use to diagnose the VSC problem. It can help you narrow down the precise reason that the light turned on. If that’s not an option, you may want to consider a hard reset of the system. This is something you can do if you’re comfortable and know how to disconnect the battery terminals in your car. Removing them for 10 seconds will reset the onboard computer in your car. Once you reconnect, the system will reboot. That may clear the issue with the check VSC light. If it did not, then you need to take more serious steps to fix the problem.

If the problem is more serious and something that doesn't resolve with a simple fix, your options at the mechanic for a repair could run anywhere from $300 to $800 or more. It’s very hard to say for sure because, as we detailed previously, you have a lot of potential causes. A full diagnostic could be needed and the path to fixing it will need to be determined there. If it is a significant issue, be aware that the cost could be equally significant.

Far too often drivers ignore the warning lights on their dashboard if there is no immediate and obvious reason for their appearance. If your car drives fine, you may think it’s no big deal. Too often that is what leads to either accidents or costly repair bills down the road. You should never leave the check VSC light unheeded for too long.