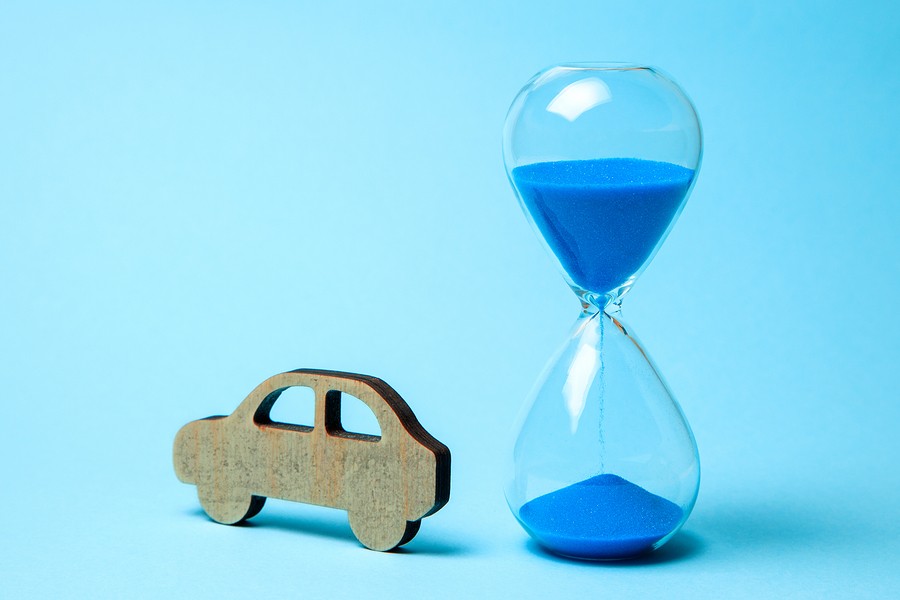 They say a car loses as much as 20% of its value the moment you drive it off the lot even though it’s still perfect and new, so you can imagine how much a car must depreciate after an accident. Once it can no longer be considered brand new, a car is simply not worth the manufacturer’s price any longer. Some cars will gain value over time, but this is both rare and impossible to predict. DeLoreans, for instance, saw a great increase in value over their original price thanks to a limited production run and the boost in notoriety from the movie “Back to the Future.” But most cars simply go down in value with the passage of time, and that's even if they’re still in relatively good condition. When it comes to those that have been damaged, just how much does a car depreciate after an accident?

How does an accident affect value?

It’s not pleasant to hear but any major accident will lower the value of your vehicle no matter what. That seems obvious if you have a big dent or a missing mirror, serious structural damage or a completely crushed rear end, right? But even if your insurance pays to have it fixed and you get everything repaired as good as new, that accident becomes part of the car’s Vehicle History Report which can be accessed through a service like Carfax. So, the fact you had an accident is listed there and will lower the value of the car no matter what. This will very much come into play if you’re trading the car in with a dealer who can knock thousands off the value because of a previous accident.

Your car loses value after an accident for the simple fact that it’s just not as good as it once was anymore. It looks worse, it may run worse, and it’s likely to take on worse damage if it gets in another accident later on because of structural issues.

The kind of car you have will also factor heavily into the depreciated value after an accident as much as the accident itself will. A very rare and valuable car like a Bugatti Chiron costs about $3 million brand new. If that got into an accident the value would drop like a rock. Comedian Tracy Morgan had a used $2 million Bugatti Veyron that suffered minimal front fender damage in a slight accident and it immediately lost $200,000 in value. On the other hand, if you’re driving a Ford Taurus and suffer the same damage, the loss in value for a dented fender may only be a few hundred dollars at most.

The age of your car, the miles it has on it, and how popular the make and model are all factors that will also affect the depreciation of your vehicle which is what makes calculating the loss after an accident so hard to pinpoint exactly. If your car was in good condition and regularly maintained prior to the accident it does make it easier for you to figure out what your value is, though.

Can anything improve the value?

You may not be able to improve the value of a car damaged in an accident per se but there is some hope! You could file a diminished value claim with the insurance company of the other driver if they were at fault in the accident. That lets you recover the difference in the value of your car from before the accident you had with what it was worth after the repairs were made. You can’t always do this, of course, but you have the potential so it’s worth looking into. You'll need to get your car professionally appraised to find the right value, and with any luck, you can make a claim for the value lost.

You want to research how insurance claims work in your state to determine how you can proceed with this. In most cases, you have to file the claim against the other driver’s insurance company but there are a few states in which you can make these diminished value claims with your own insurance company. It’s also possible you won’t be able to make such a claim at all. Again, it all depends on your state’s specific insurance laws, so you'll have to go online and do a bit of research to figure out what your best options are.

An appraiser will do a thorough examination of your car after repairs have been made and compare it to the value of the car according to the Kelley Blue Book. If your car’s Blue Book value is $20,000 but the appraised value post repair is perhaps just $15,000, you may be able to file a clan for the diminished value to recover that $5000 difference that isn’t your fault. The more research you can do to back your claims and assert the value in a professional way, the better.

There is a time limit on filing claims like these so the sooner you can file the claim after an accident the better. The time limit isn’t a matter of days or anything, and may be as long as three years, but it’s best to get it done sooner rather than later so that no one can make the argument that any damage may have been subsequent to the accident.

How much of my car’s value is lost after an accident?

Let’s say you bought a brand new car for $30,000. Five minutes later you’re on the road driving home and your car is now worth $24,000. But it’s a new car and it works great and you weren’t going to sell it anyway, so it doesn’t matter, right? One year later, you have taken great care of the car, it's still in perfect working order and now it’s worth $19,200. Your car lost another 20% of its value just because it aged a year and nothing at all happened to it. Every year the value will depreciate about 10% to 15% no matter what. By the three year to five year mark, your car may only be worth half of its initial value.

That’s a general example but if you want something more specific you can calculate the value for your car exactly by going to a site like this to determine what’s called the 17c value of your car. This is the calculation that an insurance company will use to determine the value of your specific vehicle after an accident. Not everyone agrees that this is a fair and accurate way to determine value, however, as a high-value car like the Bugatti we mentioned may be assessed on the same terms as something like a Toyota Corolla. Unfortunately, this is how insurance companies operate and the calculation is fairly standard at this point. It’s good to remember though that this is only how insurance companies will assess the value of a damaged vehicle, not a car dealer or private buyer. The 17c calculation tends to favor the insurance company over you as the vehicle owner.

As you can see, insurance companies use a very precise formula to calculate the depreciated value of your car after an accident. This is applied across the board so it will always figure the same. But if you’re selling the vehicle, the depreciation becomes a lot more subjective. The value of the car to the person buying it is based on how they perceive the damage and history of the vehicle relative to how much they want it and what they feel it’s worth. So, if someone desperately wants your make and model of car, it may be worth more to them even if it’s damaged. If someone just wants to buy any car, they can use the damage history as an argument for why the value is even less than what you may have calculated on your own. The range can be wide and unpredictable for this reason.

Can I still sell my car after an accident?

Selling your car after it has had an accident will be very much like any car sale but you have this added issue to factor in. If it was repaired and in good working order you can choose a private sale or to sell it to a dealer but in both cases be upfront about the car’s history. You don’t want to do anything to try to hide what happened because not only could it come back to bite you in the long run as a legal issue that you would be liable for, it’s not fair and you wouldn’t want anyone to do it to you, right?

A dealer may try to take the maximum value possible off of the car because of an accident so keep that mind. A private sale may allow you to ask for a little bit more but make sure you’re taking the correct value into consideration based on accident depreciation. Also, know that a private sale may actually be harder because people are likely to be leery of any vehicle with an accident history for fear that it won’t be reliable. That, in turn, means it could be a much harder sell and your potential buyer could push for a bigger deal than you’re willing to offer as a result.

If you have a report from the mechanic that fixed your car after an accident, especially one showing that any damage fixed was minor and not structural, that can go a long way to maximizing the value of your car for a sale. Your Vehicle History Report may paint the wrong picture of your car without the context to let a potential buyer know if an accident really just cracked a side panel or bent the bumper.

If the car has not been repaired and is in seriously bad condition, then your best bet may be to sell the car to a scrap or junk dealer for the value of whatever parts are salvageable and the value of the scrap in it. This is either a last resort option when all else has failed or your best option if your car has suffered catastrophic damage that has left it either completely undrivable or so costly to repair it’s not even worth the effort. It will not recover a great deal of money for you but it can be worth a few hundred or perhaps up to $1,000 or more depending on the value of the undamaged parts in your region and the current value of scrap, which does tend to fluctuate across the country from day today. Choosing to sell your car as a junker is essentially admitting that what you can get for it is better than nothing and in some instances that may be the best you can do.

Can I prevent vehicle depreciation after an accident?

Unfortunately, as we’ve seen, all cars lose value pretty much all the time no matter what. It can’t be helped. The only way to prevent depreciation caused by an accident is to prevent the accident itself. Keep your car in good working order, follow proper maintenance procedures and be as vigilant and safe behind the wheel as you can. Accidents will happen sometimes no matter what you do, however, and in those cases, all you can then do is ameliorate the damages caused. The nature of car values means there are no options for stopping this kind of loss, just minimizing it.