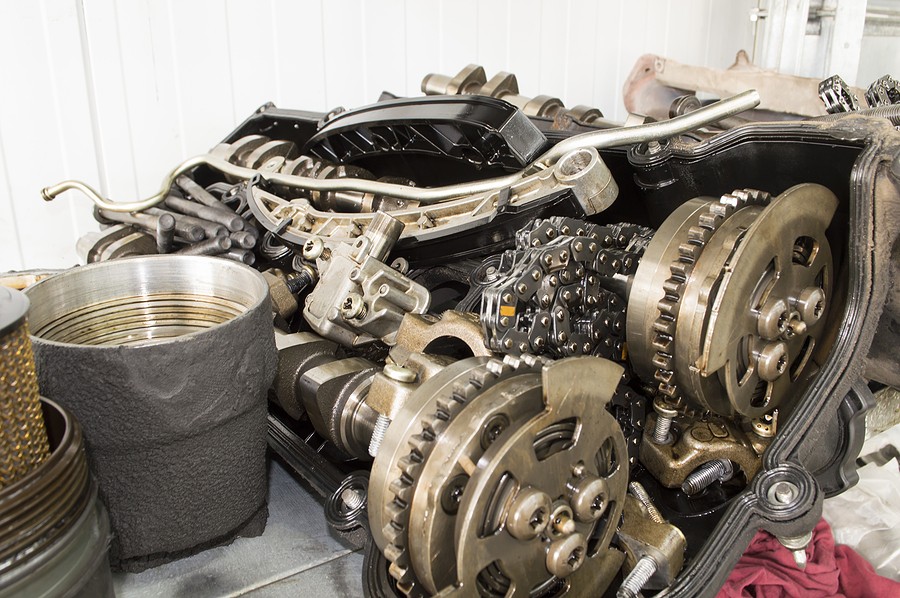 The valve cover gasket is a key part in your engine and fuel system to keep the engine running smoothly and performing at a high level. Without this part working correctly, the fuel can leak and damage other engine components, even causing a fire under the hood of your vehicle. The price to replace valve cover gasket comes to an average of between $110 and $340 to fix the issue.

In modern engines on most cars today, there are two main kinds of valve cover gaskets that you will find – either liquid gaskets or formed rubber gaskets. The type of gasket in your vehicle largely depends on the material used in the construction of the cover and how much pressure is under the seal.

What is the valve cover gasket function?

Although the valve cover gasket is typically protected and should not succumb to extreme wear and tear like other parts, it is actually not the most durable or heavy-duty part, and is considered to be prone to damage from various sides due to the friction and exposure. Overa  period of time, the valve cover gasket becomes harder and brittle, causing it to be susceptible to cracks and breaks.

The cracks can be caused by excess dirt, debris, heat, and other elements i  the engine system that should not be there during a smooth running of the car. When this occurs, the car’s valve cover gasket will leak, causing issues with the oil in the system or causing an overall decline in the engine performance -which will be quite noticeable to the driver, leading you to look up valve cover gasket prices.

When you notice that your valve cover gasket is not working correctly, it should be fairly easy to spot some signs and symptoms that can alert you to this common car problem before the problem gets worse, develops over time, and causes more severe issues with the engine or the fuel system.

One of the most common signs, and one other is especially easy to recognize by drivers, is the smell of burning oil. Any unusual smell in your car warrants you checking out your car immediately, but the smell of something burning is very concerning, and should lead you to look into valve cover gasket prices immediately.

When a valve cover gasket is damaged, worn down over time, pinched, broken, or cracked, the compressed oil from under the valve cover will still try to get out of the seal. When this happens while the engine is running, whether idling or while you are driving the car, the excess oil will drop onto another part, like the fuel intake, exhaust pipes, or cylinder head. The oil is leaking and should not be touching these parts, so the burning oil smell will come from this interaction.

Since these components are all hot, the oil will burn, and cause the easily recognized smell. If you smell burning oil in your car while the engine is on, you need to bring your car to a professional mechanic as soon as possible to find out the valve cover gasket prices.

As you know by now, you should get your oil changed at regular intervals set forth by your dealership or specific mechanic to ensure the car’s fuel system runs properly and you do not have any issues with low oil levels or overheating. During most oil changes, the technician will also inspect the valve cover to make sure there is no excess oil leaking from the valve cover gasket.

When you are having the oil changed, look under your hood to see if the cylinder head is dirty or damaged to save on labor costs and ensure that you do not drive off with a further problem without looking into the valve cover gasket prices.

Engine is low on oil

Your engine is the blood that keeps your car running and the heart pumping. Without the engine oil, your engine will not be able to run properly and your car will not move. As the oil leaks from the valve cover gasket, it leaves the oil pan and causes the check engine oil light to turn on your dashboard – a sign that no driver wants to see.

When this happens and your engine oil is low, this reduces the function of the oil to lubricate the internal engine parts and causes excess friction and heat to build up over time. This excess heat inside of the engine can cause serious engine damage and lead to an engine replacement. When this happens, you need to look into the valve cover gasket prices.

If you notice that the engine oil light or check engine light has been turned on in your dashboard, then don't assume it is a minor issue like your fuel cap being loose after filling up the tank. Drive your car to a trusted mechanic so they can figure out what the cause of the light is, the fix to the oil leak, and tell you their valve cover gasket prices for a replacement or repair.

Engine is running rough and misfiring

Sometimes when the engine oil is leaking from the valve cover gasket, this causes the fluid to leak all the way until it hits the spark plugs. Eventually, this leaking oil will affect the inside of the spark plug tubes, causing a rough idle, a huge drop in engine performance, and the engine misfiring instead of revving and firing correctly.

Even more major and dangerous for the driver, the oil leaking until the spark plugs are damaged can cause a fire under your hood if you continue driving before looking up the valve cover gasket prices for a potential repair or replacement.

What happens during a valve cover gasket replacement?

When looking at overall valve cover gasket prices that you have to pay to fix any issue with the engine oil, you should try to keep in mind the process that is going to use during the replacement to make sure that the mechanic is doing their job. The following steps will hopefully fix the engine problems and cause your car to continue running smoothly.

If you have a more powerful engine, like a V6 or V8 engine that has 6 or 8 cylinders, then the mechanic might need to also remove the air intake plenum which is part of the intake manifold. This part contains various tubes that will need to be moved to f the way so you can access the valve cover gasket. This part of the labor cost can increase the total valve cover gasket prices.

When the mechanic installs the new gasket, the new valve cover gasket is installed at the same time as the new rubber grommet is added along with the retaining bolt heads to keep the entire mechanism in the right spot. This often requires the mechanic to replace the spark plug tube seals and add room temperature vulcanization to the sealing surface to ensure the seal will hold and reduce the overall valve cover gasket prices in the future.

Once the sealant is added and ensured that the seals are secure, the cover is bolted back onto the engine and the components are reinstalled. The mechanic must make sure he replaces the components correctly and they are in the same spot before he started the valve cover replacement process.

How severe is a faulty valve cover gasket?

If you notice any of the aforementioned signs of a bad for failing cover gasket and think y0uo might need to do the replacement steps, then you definitely need to look at the valve cover gasket prices and schedule a replacement. The faulty valve cover gasket is considered a significant issue that needs to be fixed as soon as you can to lead to a long engine life. Make sure you plan the repair or replacement before the leak gradually increases to the point where the oil level is too low.

What is the cost to replace a valve cover gasket?

The gasket will be relatively cheap to replace which most drivers will be very happy about, especially if it is preventing you from having any engine issues  -which can be quite expensive. The total price of the replacement of the valve cover gasket will depend on whether it is a liquid gasket or a pre-formed rubber gasket.

In most cases, the estimated parts cost for the valve cover gasket prices will run between $10 and $40, while the installation can vary depending on the specific type of car you have, differing based on the make, model, and year. Most valve covers are pretty easy to access, so ideally the labor would not be too hefty and don't take any longer than about one to one and a half hours, making the total average labor cost come out to around $100.

However, sometimes the valve covers need to be removed along with the turbo plumbing and other intake components, meaning the labor cost will be higher since engine components will be accessed. In this case, the labor prices can go upward of $20 and $300, increasing the total estimated cost for labor to be between $100 and $300.

How to save money on a valve cover gasket replacement price?

The steps to replace the valve cover gasket might be too complicated for some car owners, but for others who are used to working on their vehicles or have mechanical prowess might be able to do this repair or replacement on your own. Depending on the specific type of car you have, which usually refers to the make, model, and year, you might have the necessary tools and knowledge to do this repair yourself.

Since the valve cover gasket replacement is not too complicated when it comes to other repairs in your car that deal with the engine or transmission, you could probably do this on your own with some basic guidance from a manual or dealership to lower the overall valve cover gasket prices.

If you decide to do the repair or replacement of the valve cover gasket yourself, make sure you follow the specific steps that are laid out for your own kind of car, not just a generic how-to guide. If you remove the wrong parts, this can cause leaks and other issues that will make the replacement prices much higher than you originally thought.

The least expensive replacement cost comes with the Toyota Corolla and the Chevrolet Silverado, coming in at between $85 and $154 total, with the labor ranging between $63 and $90 and the parts between $18 and $64.

The second cheapest options are the Ford Focus and the Honda CR-V, with both options ranging between $92 nad $168 for the average total price, and the labor between $71 nad $90 while the parts are between $21 and $78.