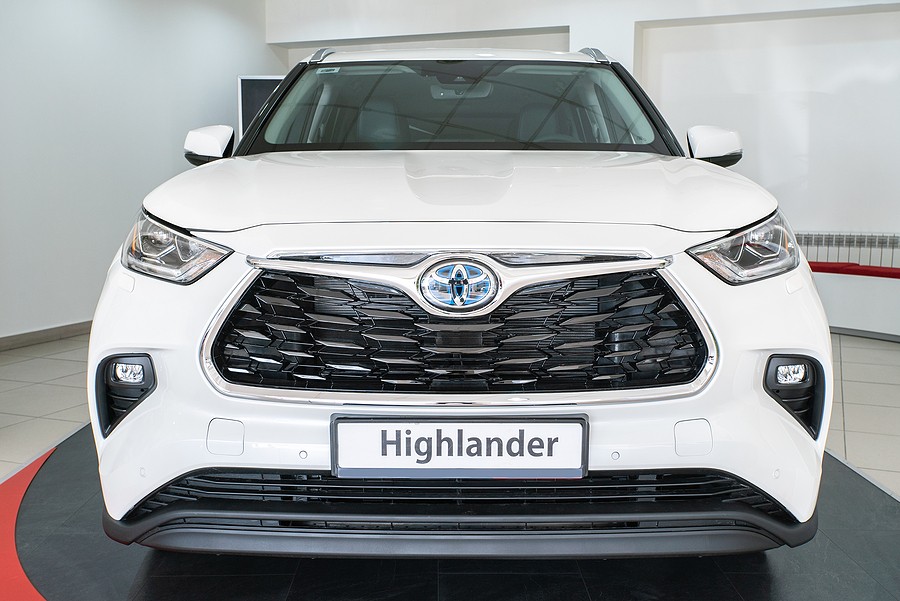 According to Consumer Reports, here's the list of used cars to avoid buying:

Buying a new vehicle is a huge investment after purchasing a new house. Whether this vehicle is used or brands new, it still is a big deal and takes a lot of preparation, if not all your savings. However, putting some effort into researching the best vehicles to buy is worth it because it can eliminate many headaches down the road.

It is also critical to use used vehicles to avoid buying. These vehicles are expected to have issues with drivability or probably reliability. Doing the research yourself can be a little challenging and overwhelming. The good news is that Consumer Reports perform yearly auto reviews and focus on major mechanical issues and reliability-related issues to help customers make an informed decision about their next used vehicle.

This article highlights the worst 20 vehicles you're advised to avoid when shopping in the used car market.

Consumer Reports perform annual reviews on most photo mobiles so customers can learn about interesting patterns and major issues. Among the different published reports, Consumer Reports recently published a list of used cars to avoid buying, and these cars seemed to have major issues that reduced their reliability significantly.

Here's the list of the 20 worst secondhand vehicles that you should avoid buying:

Consumer Reports indicated that although crystal Pacifica is one of the best minivans that people like to buy, it tends to have a lower reliability rating across recent years. More. Specifically, it's recommended that you stay away from model years from 2008 through 2012 because they have the worst reliability rating.

BMW X5 was reported to have significant issues in many components, including the fuel system, the climate control, and some in the engine compartment. In addition, consumer Reports indicated that you should stay away from model years of 2011 and 2012 because of the lower reliability rating.

Unfortunately, Ford Fiesta received the worst reliability rating indicating that you have to stay away from it. Try staying away from the 2011 to 2014 model years because most issues are related to major components like the transmission, the audio system, the body integrity, and others.

Despite the great power you will receive with the Ram 1500, the vehicle still has some reliability issues, and you recommended staying away from model years of 2014 and 2016. These two years received a rating of “never buy,” according to experts at Consumer Reports.

Volkswagen Jetta was also listed as one of the worst used vehicles to stay away from. Model years from 2014, 2015, and 2016 are almost the worst because of the power equipment, interior finish, and audio system problems.

Although Cadillac Escalade comes with a great luxurious looking, it still did not receive the best reliability rating. As a result, you recommended staying away from model years of 2015 and 2016. During these two model years, you had issues related to the powertrain, body compartments, and transmission.

Although the Audi Q7 was completely redesigned by 2015, it still had reliability issues, and Consumer Reports pointed out model years from 2017 and later as the worst model years sailed from.

Fiat 500 was listed as the worst performer, and Consumer Reports mentioned that you should stay away from model years of 2012, 2013, and 2015. In fact, the 2012 model year has some significant problems described as a “disaster in body finish.”

Despite the great news we hear about the Tesla Model X, the vehicle has its drawbacks and was also listed as one of the worst used vehicles that you should stay away from. In particular, the 2016 model year was one of the worst because of the week design that impacted overall reliability.

Chevrolet Silverado model years of 2015 and 2016 did not score very well in terms of reliability. Customers indicated that the vehicle suffered from issues related to the body integrity, the suspension system, and the powertrain. Furthermore, Consumer Reports mentioned that you should also stay away from model years of 2011 and 2012 due to other problems related to their fuel and braking system.

Mercedes GL is one of the most luxurious and expensive vehicles that many people were attracted to buy. But, unfortunately, the vehicle comes with a lot of issues, and these issues are clearer in model years of 2013 and 2015. Thus, the vehicle was listed as one of the used cars to avoid buying.

Although the mini countryman is an agreed vehicle that attracted many customers over the years, it still has what's described as “a terrible era for the BMW.” Model years of 2007, 2011, and 2015 had major issues in the transmission. Furthermore, Consumer Reports highlighted 2014 as “the mini that least reliable car brand on the US market.”

While Dodge Charger comes with a lot of quality and provides a lot of power, it still has some issues when it comes to reliability. In addition, consumer Reports indicated that model years of 2014 and 2015 are not great, and you should stay away from the 2011 and 2012 model years.

Although the Ford 250 comes with great power, it still has some drawbacks regarding reliability. Consumer Reports indicated that the model years of 2008, 2010, and 2014 are those you should stay away from. Furthermore, 2008 and 2010 models suffered from major issues in the transmission, brake system, and powertrain.

Although Volkswagen GTI came with competitive prices attracting tons of customers, it did not have the best reliability. Consumer Reports mentioned that the 2013 model year of this vehicle comes with major suspension system problems that significantly impacted the reliability.

Unfortunately, there are plenty of hidden issues in the Chrysler PT Cruiser. In addition, the vehicle does not have the best reliability rating, which means that all shoppers should stay away from this car to prevent dealing with major mechanical issues that could cost you thousands of dollars for repairs.

The BMW 5 Series was also highlighted for the worst reliability rating. The two worst model years are 2008 and 2012. Also, the manufacturer decided to recall vehicles from the 2011 and 2012 model years due to problems with stalling that is caused due to fuel leaks. The vehicle was also impacted by other significant problems related to the electrical system.

Finally, the Chevrolet traverse also had significant reliability issues causing 15 models to go to the worst reliability rating list. Since 2016, Consumer Reports indicated that the vehicle has a below-average reliability rating. The worst model years are 2009, 2011, and 2013.

21- Other used cars to avoid buying

Consumer Reports did not only list dimension 20 vehicles but also have a long list that might need a separate article to discuss. However, it is worth listing these vehicles to give you an idea about other cars to stay away from when shopping for your used vehicle.

What if I already own one of the used cars to avoid buying?

If you realize that you own one of the mentioned vehicles in the list of used cars, avoid buying, it's not the end of the world.

However, if you already realized dealing with some major issues, you still have some options. First, of course, you can always sell your vehicle and use the value towards a better car with no major problems. But one might wonder who will purchase a vehicle with major mechanical problems.

Honestly, most private buyers are not interested in purchasing a vehicle with major issues because they're looking for a car they can drive immediately. Also, dealerships will not pay you the top dollars for any vehicle, even if the vehicle does not have problems. So imagine if you're trying to trade in a car that has significant issues?

Who buys cars with major problems?

Luckily, Cash Cars Buyer is one of the top-rated companies that accept your vehicle's anger and tease divide despite its type or condition. The nice thing about Cash Cars Buyer is that you can get an idea about the offer within a couple of seconds.

You can either give the team a call at 8669244608 or rely on the online platform that allows you to input information about your car and receive the quote within less than 30 seconds.

When selling your vehicle to Cash Cars Buyer, you get the advantage of receiving the top dollars without worrying about the hassle and headache and the car selling process, especially if your car has major issues.

In addition, all our representatives are background checked, which means that you don't have to worry about dealing with strangers coming to your private property. Also, Cash Cars Buyer allows you to select your preferred pickup location, and it doesn't necessarily have to be your house or private property.

Learning about used cars to avoid buying is critical to prevent buying a vehicle with major mechanical issues. Interestingly, Consumer Reports continuously published information and articles about some issues and patterns in certain vehicles to help customers prevent getting involved in undesirable purchase choices.

This article highlighted the worst 20 vehicles that you should stay away from and never buy. These vehicles seem to have major mechanical issues along with some trends about reliability problems. Thus, if you're planning for your next use vehicle, keep in mind this list and try as much as possible to stay away from it.

On the other hand, if you own one of the mentioned vehicles and realize that you're running through some of the mentioned issues, it might not be too late to get rid of the vehicle and use its value towards a better car. Luckily, Cash Cars Buyer is one of the fewest companies that guarantee to remove your vehicle within one to three days and pay you the top dollars that your vehicle can make around your area!