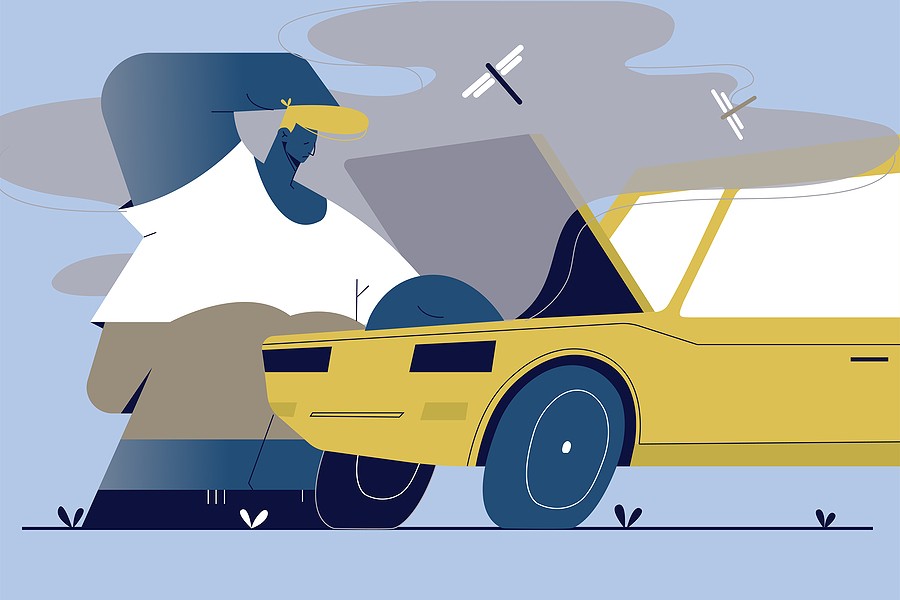 You may have heard a mechanic or another driver refer to something called transmission shudder, and you may have experienced it yourself but not known what it was. Sometimes called a torque converter shudder, this is a very noticeable shaking in your vehicle whenever the internal clutches lock up inside your transmission. This is easily overlooked by mechanics and many times can be mistaken for bigger problems in your transmission that bring with it large and unnecessary repair bills as a result.

Transmission shudder is often considered to be much worse than it is when people don't actually know what's going on. It seems like your transmission is shutting down completely but that’s not actually the case. It usually occurs when you're shifting into overdrive or when you are already in overdrive but pushing the vehicle a little like going up a hill or some such.

Whatever is causing the transmission to shudder in your vehicle, if you don't get it addressed when you start to notice it, it will continue to get worse over time. Eventually it could cause more serious damage so it's best to deal with it quickly and save yourself some money in the long run, not to mention the hassle and potential danger if your transmission doesn't work when you expect it to.

How Do You Fix a Transmission Shudder?

Fixing a transmission shudder is not necessarily as hard as some people might think. It certainly doesn't require having your entire transmission rebuilt or replaced which could cost you thousands of dollars. Before you go to that extreme measure there is a much simpler fix that you could even try at home if you have the right tools to get it done. This isn't a simple, beginner level home repair on par with changing your oil filter but it's not as complicated as replacing an entire transmission either. This would be maybe at the easier end of intermediate repairs, if you're comfortable doing work on a car, you should be able to handle this one as well.

Step 1:  You’re going to want to start by jacking up the front of your car. That means you're going to need some jack stands as well to hold your car steady once you have it up. Make sure your car is secure on the jack stands before even attempting to get underneath it. Obviously, this is basic stuff, but if you're not comfortable or used to doing a lot of work on your car, it never hurts to have this kind of reminder. Safety is the most important thing when doing any work on your vehicle.

Step 3:  Once your fluid has been completely drained and you have removed the pan, you're going to want to clean it then replace it as well as a new transmission pan gasket. Take a good look and make sure the gasket has been completely removed. Odds are that you're going to need to put some effort into removing the old gasket which will require the use of a gasket scraper.

Step 4:  You may need to replace your transmission filter at this point. If the transmission fluid that you took out looked clean, then you can use your best judgment to determine whether or not you want to replace the filter. However, if the fluid was clearly dark and discolored then replacing the filter is a good idea because it's obviously not able to keep your transmission fluid clean. This is a good idea if you have a high mileage vehicle and you haven't replaced the filter in a while anyway. Since you're down there, you might as well do it. Depending on what kind of filter you need, you could get them as cheaply as about $12 on a site like AutoZone.

Step 5:  With the new gasket in place and a new filter installed, reattach your transmission pan and then remove the jack stands and lower your car.

Step 6:  Pop the hood of your car and remove the transmission dipstick. You are going to want to put a small funnel into the dipstick tube and replace the fluid that you drained out when you removed the pan. You may have to just eyeball this one and take a guess based on how much you took out, or you can be a little more accurate and put the fluid you drained into a measuring cup of some kind so you can see just how much you need to replace. Once you know what you need, add the new fluid.

Step 7:  Once the dipstick is back in place, you can start your car and get it up to operating temperature. Once the engine is warm enough, you will need to check the transmission fluid dipstick again to check out the fluid levels. If it's where it's supposed to be, you’re good, if not add more fluid until you have enough. At this point the issue with the transmission shudder should have been cleared up completely since you have new fluid in your transmission lines which will allow improved pressure contact between the plates when you're shifting.

Remember that it is possible this will not fix the shudder that you're experiencing if the problem itself is not related to contaminated fluid but something mechanical that's occurring in your transmission. That's always a possibility, but generally the first step is to use this solution to fix the problem because it may be just as simple as a fluid issue. If this doesn't resolve the problem, then you may need to head to a mechanic to get it better diagnosed. The goal here is to avoid having to have major transmission repairs done that are going to cost you a lot of money, but that doesn't mean that your issue isn't more severe than it may seem at first.

If a simple fix doesn't work, then you need to move on to more complicated things. That said, there's also a chance that an even more simple solution could work in the first place. It's always best to eliminate the simple options first so with that in mind there is a product you can buy that might make this shudder issue go away and it can be done in as little as about 2 minutes for a cost that's under $20. Let's take a look.

There's also an additional fix that you may be interested in trying that's even less work to get done then the steps we just provided. Companies like Lubegard make a product called Shudder Fixx which is designed to be added to your transmission fluid in order to prevent the shudder problem.  The process of using Shudder Fixx is remarkably simple, and instead of having to drain anything you just pour a small tube of this product into your transmission fluid and the problem is solved.

That's how the product is supposed to work and if you go to Amazon.com and check out where they sell Shudder Fixx, you'll see that in fact the vast majority of reviews for this product agree that it does get the job done. It's worth noting that there are several drivers who have reviewed the product said it did not work for them at all, or others who have noted that it fixed the problem for a month or two but then it returned shortly thereafter.

Realistically, the success of using Shudder Fixx will depend to a great degree on exactly why the shudder was happening in your car in the first place. If it wasn't a simple matter of some contaminants in your transmission fluid and there's actually a greater mechanical issue behind it, then Shudder Fixx is likely not to work for you. However, you can't really argue with results and as you can see, most Amazon reviewers have been really happy with this product so it could definitely be worth the effort for you to try it.

A tube of Shudder Fixx costs about $15 depending on where you buy it. That's definitely a small price to pay when you consider that some mechanics may misdiagnose this problem and end up expecting you to pay upwards of $4,000 to fix your entire transmission.  It's well worth your effort to spend $15 to see if this will fix it before you go to greater extremes.

A transmission shudder can be quite a scary thing to experience when you're driving down the road and you're not sure exactly what's going on. Every driver fears that moment when their transmission stops responding, and they lose some or all control over their vehicle. The last thing you want is to be driving down the highway at a high rate of speed and lose the ability to shift properly. That's why it can cause a lot of anxiety when you experience a transmission shudder, and you'll want to do whatever you can to get it fixed.

Because there are some real mechanical issues that can be mistaken with a transmission shudder, some mechanics will often overlook the simple fix for it and instead believe that the more complicated solution is necessary. Don't let that convince you that this simple fix is the only option, however. If you try a product like Shudder Fixx or if you've tried draining your transmission fluid and replacing it with new stuff and the problem still hasn't gone away then you very likely have a more complex issue that's going to require more complex solution. But, as we said, if a simple fix works right away there's no reason not to try it. Eliminate the easy options first before worrying about the harder ones. Whatever the problem is, just do what you can to get it fixed as soon as possible.