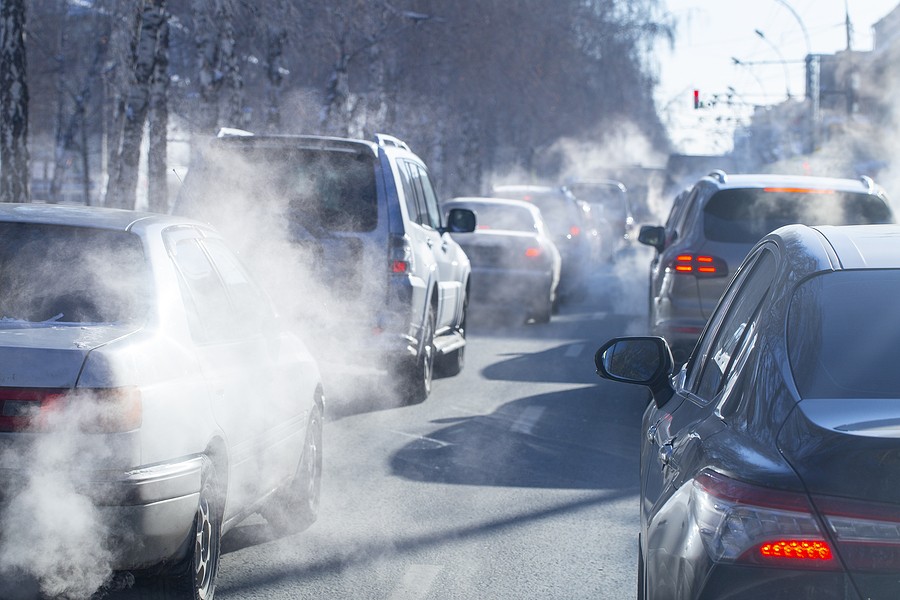 If you ever tried to top up your car air conditioning Freon then you may have accidentally added too much to the system and ended up with an overcharged car AC. Compressed gases can be hard to work with sometimes because as they expand they really do take up a lot of space. You need to rely on gauges to let you know exactly how much compressed cooling gases you should be adding to your air conditioner and sometimes you may end up missing the mark. This is especially true if you buy a cheap can of coolant that may have unclear instructions and causes you to add far more to your system that is necessary.

Many drivers have bought cans of coolant at places like Walmart or other stores in an effort to top up their air conditioning themselves only to find out that the gauges that were included were completely unreliable. Sometimes they will read incorrect pressures and other times the gauges seem to freeze so that you are unable to accurately read the levels of coolant that you are applying to the system. That's why in general this job is best left to professionals to ensure that there are accurate readings and no problems when refilling the system. If you are going to top up your AC coolant on your own, make sure you do it very carefully and you know what you're doing before you commit to anything that could cause problems for you.

Because your car AC relies on the cooling effect of expanding gases to provide cold air, the amount of these gases in your air conditioning need to be pretty exact. If there's not enough room in your air conditioning system for these gases to expand properly it's not going to be able to function. if you recently topped up your AC system you may notice a few signs that the new system is overcharged, and things are not working the way they should. If you're experiencing any of these when you try to turn on the AC to cool down, then you definitely need to have this problem looked at.

Signs and Symptoms of An Overcharged AC System

When your air conditioner is functioning properly it should come on almost immediately after you press the button in your car to get it going. If your car hasn't been running in a while then you typically have a minute or two to wait before you start noticing any really cool air coming out, but there's definitely a noticeable difference between a simple fan and the air conditioner when it's working properly. That said, here are some symptoms you can be on the lookout for to let you know that you have an issue with your AC system.

Lack of Cooling:  As silly as it sounds, and as obvious as it sounds, this really is the number one sign that your AC system has been overcharged. If the liquid in the system doesn't have the right amount of room to depressurize because it's overcharged, then it will not be able to provide the cooling that it's supposed to. You may experience a very slight amount of cool air coming through when you turn the AC on, but it may also just be the ambient temperature of the air around you, and in the worst circumstances it may actually start blowing out hot.

No Air:  Depending on the make and model of your vehicle it's possible that if the system has been overcharged badly enough, your air conditioner will not turn on at all. Some air conditioners are able to detect the incorrect pressure in the system and will not function as a result in an effort to prevent damage from occurring. As frustrating as it is, this is actually a safety feature and can save you some money in the long run because it's not allowing the system to malfunction.

High Pressure Reading: Your air conditioning system has a pressure gauge and when you have overfilled the system the pressure gauge is going to let you know that something is going wrong. An overcharged AC will read higher pressures than normal and also higher temperatures. Your compressor will not be able to manage this amount of coolant in the lines which increases the pressure and that in turn makes the temperature go higher. Ironically, that increase in temperature will then further increase the pressure. They feed off one another and make the whole system function poorly in tandem.

It should be noted that this may not happen in every system however because some air conditioner compressors have an emergency bypass that prevents pressure from destroying the pump.

Engine Difficulties:  Your air conditioner draws a lot of power at the best of times to keep your vehicle cool. If your AC system has been overcharged and the compressor is now trying to force through a large amount of liquid coolant through that tiny nozzle, it's going to start drawing excessive power. That can cause noises from the drive belt as it increases speed and it could even end up causing the belt to break. If it doesn't break, it's still going to be trying to pull extra power which in turn can cause your engine to work harder than it normally should be because your engine is what is connected to most of your peripheral components by way of a belt to keep them operating.

When your engine is struggling you can experience things like poor acceleration, bad fuel economy, or rough idling when your air conditioner is running. When you turn the AC off if these things improve that's a definite sign that this is the issue you're experiencing.

Busted Compressor: At some point if your air conditioner is not able to handle the excessive load of coolant that's been pumped into the system, your compressor will simply break down. The valves and seals inside the compressor are going to break under the pressure and the pump will fail. That's going to cause your compressor to shut down and your air conditioner will cease to function at that point. When this happens, you can be looking at a fairly significant repair bill to get it fixed again.

Can Overcharging Car AC Cause Overheating?

In addition to the problems we've already mentioned, it's possible that an overcharged car AC could end up causing overheating in your vehicle. As we have seen, the compressor can break down as a result of the system being overcharged. However, as it's struggling to move, and it puts more pressure on your engine, that can end up causing the vehicle to overheat.

How to Fix an Overcharged Car AC

If your AC isn't working because the system has been overcharged then the most obvious solution to the problem is to remove some of the excess coolant that's been pumped into the system so you can get back down to the normal pressure that you're supposed to have. Obviously, that's easier said than done, but fixing the problem is not impossible by any means. You got the coolant in there; it seems like you could get it back out again.

One thing you need to remember however is that the chemicals that are used in your AC system can be very dangerous. People often use the word Freon to talk about the coolant in their lines but Freon isn't actually used anymore because it's illegal now. It's highly dangerous and the substances that are currently used are not as dangerous but they're definitely not the kinds of things you want to be breathing in or getting on your skin. For that reason, doing any kind of work to fix an AC system requires a lot of care and safety.

Anytime you top up your AC system yourself you definitely need to be using safety gear like gloves and eye protection. We believe it's best that a professional does this kind of job for you, but if you are going to do it yourself then you must use the proper precautions to ensure your own safety.

When it comes to removing the coolant from your system is not as easy as it was to get the stuff in the lines in the first place. There are laws in place governing how the coolant chemicals in an AC system are handled.  That means that even though you are free to buy cans of coolant and actually top it up yourself at home, removing the coolant from the lines is not so easily done and really isn't the sort of thing you want to be doing by yourself at home.

The chemicals in your cooling system need to be disposed of properly and legally. This isn't the kind of stuff you just want to drain into a bucket and keep in your garage. It doesn't work that way. In fact, discharging an AC system requires legal certification. The person doing this has to know what they're doing and has to be trained and certified. If you don't have certification yourself, and obviously if you're looking for a way to fix an overcharged AC then you likely don't, so you need to take your car to a shop to get this problem fixed. There's no safe, legal way around that.

How Does a Mechanic Discharge an Overcharged AC System?

When you take your car into a mechanic to get the job done, they use a machine that relies on an airtight seal and a vacuum to pull the excess coolant from your system. The entire process is enclosed and safe so that none of the coolant is allowed to leak out. Remember, this product is a compressed gas in liquid form. You would likely have no reasonable way to remove this safely on your own at home.

For the most part, when you take your car to a mechanic to get the AC system bled so that it's back down to the normal pressure it's going to cost you about what they would charge to refill the system. This job is typically a little bit cheaper since you don't actually need to pay for new coolant at the same time, but you can expect that you're probably going to pay between $150 and $250 to have your air conditioning discharged at a shop. This depends on the shop you take it to as well as the make, model, and year of your vehicle. It's always best to call a few places to get some estimates on what it might cost you to get this job done.

Getting your air conditioning topped up at a mechanic usually costs in the ballpark of $200 to $300, so you shouldn't ever have to pay more than that to get the system bled.

While it does seem like perhaps overcharging an AC system will just make it work even better and cooler, that is obviously not the case. This is a very precise system and the chemicals involved are very dangerous. That's what makes it such a hassle to try to deal with a problem like an overcharged AC system. It was easy enough to get the coolant into the AC system but as we are seeing it is not that easy to get it back out again.

Just remember that this is not a job you want to even try to do on your own. Not only is it illegal, it's very dangerous and could result in some severe harm if you try to do this on your own. It's not worth it to put your health and safety at risk for the sake of trying to fix a frustrating but ultimately silly mistake with your car's air conditioning system. If your AC is overcharged, take it into a mechanic to get it fixed.