Toyota Tacoma vs Toyota Tundra: Which Is the Best Truck For You? 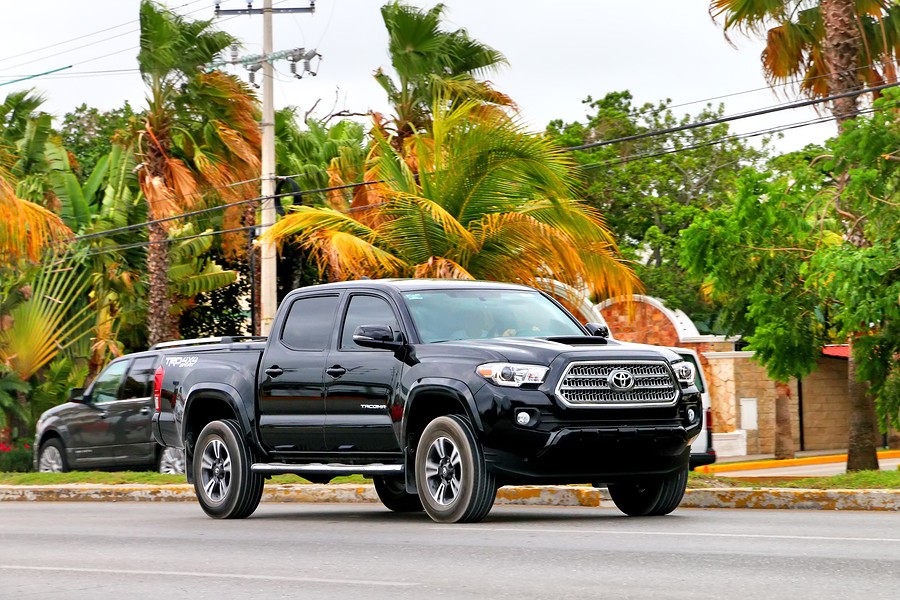 In the battle of the Toyota Tacoma versus Toyota Tundra it may not be the easiest thing to figure out which truck is going to meet your needs. Toyota is best known for its cars and SUVs as opposed to its line of trucks. The Toyota Corolla is the best-selling car in history with around 46 million units sold. The Toyota Camry has been America's best-selling car for years. But Toyota does have some strong entries into the midsize and full-size truck segment. Though Chevy and Ford have long dominated the world of pickup trucks, Toyota does bring something to the table that's worth checking out. The big question is whether the Tacoma or the Tundra are the right choice for you.

The Toyota Tacoma comes with two different engine options. You could opt for the 2.7L 4-cylinder engine which produces 159-horsepower. Or you can opt for the more powerful 3.5L V6 engine, which will give you 278-horsepower.

Toyota Tundras of the past did have different engine options, but for 2020 you're just getting one choice. There's a 5.7L V8 engine that's going to give you 381-horsepower.

With its more powerful engine it shouldn't be a surprise that the Toyota Tundra leaves the Toyota Tacoma and its dust in terms of what it can tow. The Tundra can pull 10,200 lbs behind it while the Tacoma has to tap out at about 6,800 lb. The payload difference between these two trucks is much closer and if you're loading down the flatbed you can get 1,730 lbs in the back of your Tundra as opposed to the 1,620 lbs that you can fit in the back of a Tacoma.

The Tundra lives up to its reputation as a full-size truck and out classes the Tacoma in this regard.

If you want to head off-road, both Toyotas offer you those TRD editions which can handle some rough terrain. The full-size Tundra really is meant more as a work vehicle, so the Tacoma is a little better suited to handling recreational off-road duties.

Pound-for-pound when you're looking at performance, if you need a work horse then the Toyota Tundra is 100% the better truck here as it just has more power and more capability than the Tacoma.

Which Truck is More Affordable?

The Toyota Tacoma is Toyota's midsize truck meant to compete with things like the Chevy Colorado and the Honda Ridgeline. The Toyota Tundra is a full-size truck however, and it plays with the big boys of the truck segment including the Ford F-150 and Chevy Silverado.

The Toyota Tacoma’s base model Tacoma SR is the cheapest entry into the segment at $26,050. At the far end of the spectrum is the TRD Pro Which starts at $43,960. That's an impressive range of $17,000 difference between the lowest and highest end Tacoma based on their MSRPs

The lowest-priced Toyota Tundra comes in at $33,575. That's clearly quite a bit higher than the base model Tacoma but you need to remember that the Tacoma is a midsize truck and the Tundra is a full-size truck. At the high end of the spectrum for the Tundra are the Platinum Edition and the 1794 Edition. They both carry a price tag of $48,775.

If you're keeping comparisons in their segment, the Ford F-150 starts at $28,745. The Chevy Silverado starts at $28,300. On the smaller end of the scale, the Chevy Colorado starts at $21,300. The Honda Ridgeline starts at $33,900. If you use this as a baseline to compare the Toyotas, you can see that the Tacoma falls in the middle while the Tundra is still on the higher end.

Based on sticker prices not just against each other but against similar cars in their class, we're going to have to rank the Toyota Tacoma as more affordable than the Toyota Tundra.

Because of the size difference between these two trucks, the Tacoma is going to save you some trips to the pumps overall. Regardless of what trim package you go for it you're getting about 13 miles per gallon with the Tundra whereas the Tacoma can afford you 19 miles per gallon unless you opt for the TRD Pro which will drop you down to 17. So, in terms of gas you're going to be spending a little bit less on the Tacoma than the Tundra, which makes sense given their size differences. Interestingly enough, the Toyota Tundra is actually the worst truck in its class for gas mileage with that 13 miles per gallon city.

If you're worried about potential repair bills over the course of a year, the website Repairpal.com has a handy feature in which they average out the repairs that the owners of various vehicles have paid over the year so you can find out just what you might be in store for. According to their research, owners of the Toyota Tacoma have paid a total of $478 on average for repairs over the course of a year. Toyota Tundra owners average yearly repair bills of $606.

Across-the-board the Toyota Tacoma is just a far more affordable truck than the Toyota Tundra.

Which Truck Has Better Features?

The 2020 model year features improvements in both the Toyota Tacoma and the Toyota Tundra as far as infotainment features go. While the base model Tacoma has a 7-in touch screen all other trims have the 8-inch screen, and that's what the Tundra will offer you as well. Both offer up Android Auto as well as Apple Carplay, The Tacoma offers you a wireless Qi charging pad and even a 120-volt plug-In in the bed and back. The Tundra can offer you a unique roll down rear window and if you go for something fancy like the 1794 edition, you'll be getting chrome wheels and some snazzy leather interiors as well.

Which Truck is Safer?

Based on the Insurance Institute for Highway Safety crash test ratings, the Toyota Tacoma is a fairly safe vehicle though it's not quite up to this standard of other Toyota's on the road. The IIHS will test 30 different aspects of a vehicle's ability to withstand crash tests and grade them on a 4-point scale from Poor to Good. While the Tacoma has mostly Goods across the board it does pull in three Acceptable which are one grade below Good and even one Poor which is the worst grade possible. The Poor grade comes for passenger side lower leg injury ratings.

The Toyota Tundra there is a little worse in IIHS Crash Test ratings. Neither the driver side, the passenger side, nor the rollover rating managed to achieve Good. Rollover got an Acceptable rating, driver side got a Marginal rating, which is the second worst, and passenger side received a Poor rating.

Because we're dealing with two Toyotas here, they both have the same wide array of safety features that Toyota gives to all its vehicles. This includes things like adaptive cruise control. forward collision warning, blind spot monitoring, automatic high beams and a flurry of others. Because it's legitimately the same safety feature package in both vehicles, neither one is better than the other.

Toyota does offer some great safety features, but the crash test ratings really make this one pull out the Tacoma into the lead. When it comes to safety, there's no doubt the Toyota Tacoma is the winner of this battle.

Toyota has been making vehicles since the 1930s and as we mentioned earlier, they produce some of the best-selling cars in the world. While their trucks haven’t always been able to compete at as high a level as some of their competitors; they still make some amazingly reliable, affordable, and safe vehicles. If you're a fan of Toyotas at all, then both the Tacoma and the Tundra really are worth it. It just depends on what you need the truck for before you can decide on which one's going to be the right one for you.

Which Truck is the Better Choice?

It can be a little tougher than it seems to determine which truck is the better choice between the Toyota Tacoma and the Toyota Tundra. That's only because the Tacoma is a smaller truck where the Tundra is a large truck that's clearly meant to do more heavy-duty tasks. If you need a truck that can handle heading to a work site every day, or towing a heavy trailer behind it, then it's not really a fair fight to even compare these two because the Tundra is meant for that while the Tacoma really isn't.

If it's not a matter of choosing one of these for a specific job but just comparing feature for feature, then the Toyota Tacoma comes out ahead in this competition. It's a more affordable vehicle, it's a safer vehicle, and it has better features overall. If you don't need the bigger truck to get some work done in a rough and rugged way, then the Toyota Tacoma is the best choice.