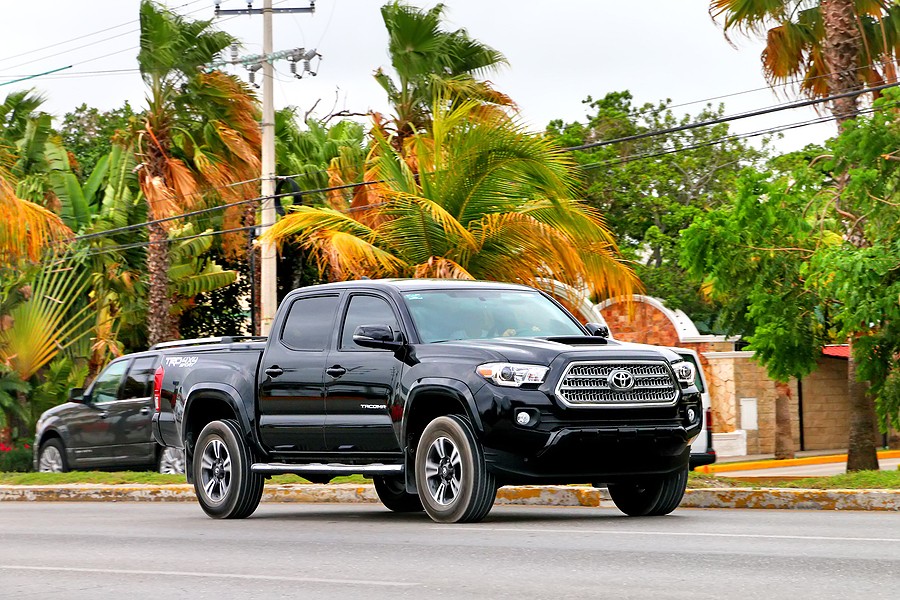 The Toyota Tacoma is a pickup truck manufactured by Toyota from 1995 until the present. A popular car model that has been produced for over three generations, this car has been popular on the market since its inception. However, the high Toyota Tacoma engine replacement cost deters car owners from purchasing this vehicle – the replacement can cost upwards of $4,000!

The second generation of Tacoma offered the 2.7-liter 2TR-FE and the 4.0-liter 1GR-FE engine that can produce 159 horsepower and 236 horsepower.

The third generation of Tacoma uses the 2.7-liter 2TR-FE and the 3.5-liter 2GR-FE engine types, producing 161 horsepower and 278 horsepower. Replacing a smaller Toyota engine costs around $3,000, while the Toyota Tacoma engine replacement cost can reach $4,000 for a higher-powered choice.

The worst model year of Tacoma is the 2017 model due to the most severe issues and the onset of the problems, while 2016 has the most -reported issues. The worst overall issue is in the 2017 Toyota Tacoma and deals with not shifting properly.

The main concerns in the 2006 Tacoma involve the sudden unintended acceleration, engine racing between 4th and 5yh gears, engine turning over and not starting, the engine making loud noises, and oil leaking.

Engine Turning Over But Not Starting

When your engine cranks but the car does not start or run, it could mean that your engine has trouble turning on the spark, getting adequate fuel, or creating a compression. The majority of the problems focus on the ignition or the fuel system, dealing with a bad ignition coil or clogged fuel filter.

The main concerns in the 2007 Tacoma is the engine surging in high gears, throttle control failure, valve rattle with low octane fuel, poor gas mileage, and excessive oil usage. All of these issues could lead to an expensive Toyota tacoTacomaine replacement cost.

The most severe engine concerns in the 2009 Tacoma focus on the ticking and chattering noise at idle, hard starting when cold, preignition noises, serpentine belt noises, and the car stalling intermittently driving.

The main engine concerns in the 2011 Tacoma is the ticking noise at acceleration, excessive oil consumption, and oil leak from the engine.

The main engine concerns in the 2012 Tacoma is the check engine light coming on, the air injection valve and pump assembly failure, engine pinging noises, and the engine running rough.

The main engine problems in the Tacoma focus on the vibration in the floor, excessive engine noise, engine light on, stalling while driving, engine running rough, power surging at idle, and oil leaks.

Some factors that go into the Toyota Tacoma engine replacement cost is whether you want a short or long engine block. Secondly, you need to know what type of make and engine you are dealing with when purchasing a replacement part. A new engine that comes from a dealership or warehouse is more costly than if you purchase a used or remanufactured one.

In addition, you have to think about the age of the engine or the car. Normally, engine replacements for domestic cars become more expensive over time, since a newer engine will become more expensive due to the high-powered qualities. Lastly, you need to think about the location where you will have it replaced and the professionalism of the mechanic.

In the middle of 2017, Toyota recalled certain 2016-2017 vehicles equipped with the six-cylinder engine. The affected vehicles hav a concern with the crank position sensor that could stop working properly, resulting in the engine stalling during use. If this occurs, the engine stalling can lead to an increased risk of crash.

If this happens in your car, Toyota had to notify owners and dealers to replace the crankshaft position sensor free of charge. For this fix, the total Toyota tacoma engine replacement cost is quite low, since it is covered in the recall.

In 2020, Toyota recalled certain lexus and Toyota cars that were manufactured and produced between July of 2017 and December of 2019 due to fuel pump issues. The recall included nearly 1.5 million Toyota vehicles to the original safety recall, increasing the total number of vehicles involved in the safety recall to around 3.4 million cars.

The models included in the recall are the 2017-2020 Toyota Tacoma model years, with the subject vehicles containing a fuel pump that could stop operating during use. If this happens while you are operating the vehicle, you may see numerous dashboard lights on the panel that can cause the engine to turn rough.

If the engine runs rough, it can lead to the car having a rough idle and stalling while running. If the car stalls and is unable to be restarted, this could lead to inability to accelerate and stay up to speed with cars driving highway speeds.