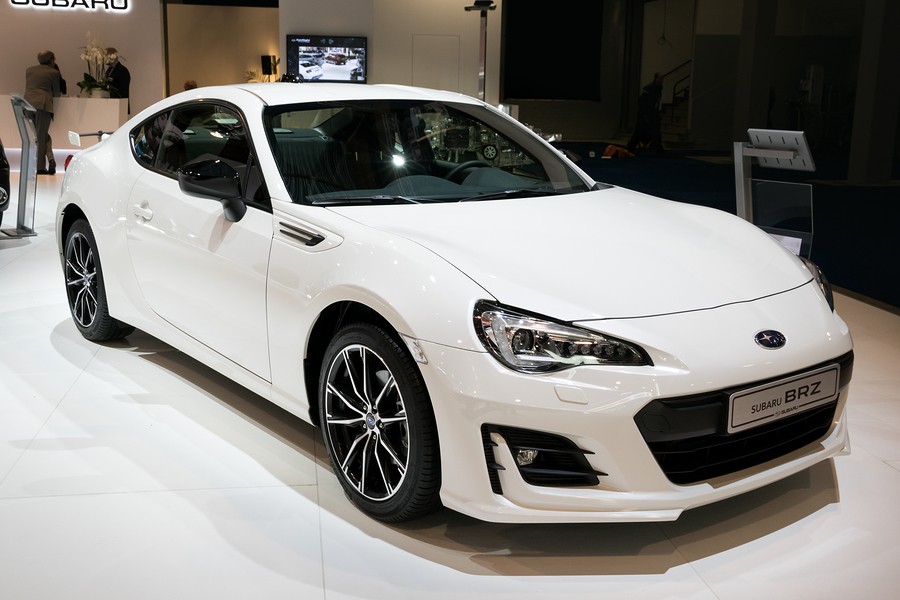 You're going to be hard-pressed to find a more perfect match up than the Toyota 86 vs the Subaru BRZ. The first thing you'll notice if you put these cars side by side is that they really look a lot alike. That's no accident. The Toyota 86 and the Subaru BRZ are badge engineered versions of pretty much the exact same car. Aesthetically and mechanically these cars are incredibly similar if not identical. Choosing between them is that much harder because you're essentially comparing apples to apples instead of apples to oranges. Is there a way to choose between the Toyota 86 and the Subaru BRZ? You bet there is, and we're going to explain to you just what the differences are so you can determine which one of these sporty performance vehicles is the right one for you.

Both the Toyota 86 and the Subaru BRZ are classified as sports cars, so you expect that what they have under the hood delivers. While neither one of these is going to be giving a Bugatti Chiron a run for its money, they can both haul when they need to and they both make for a fun ride when you open it up on the highway.

You're getting a 2.0 L 4-cylinder boxer engine in each of these vehicles, on par with what you'd expect to find under the hood of a Porsche. Both vehicles offer you 205-horsepower for the automatic transmission, and 200 horsepower if you’re using the manual.

Because of their extensive similarities under the hood, the ride really feels quite similar in both cars. Drivers have praised both the BRZ and the 86 for their great handling abilities and for the smooth and sporty ride. If you opt for the manual transmission you also get that little bit of extra kick that's missing from the automatic which increases the overall enjoyment if you're into that kind of extra intensity behind the wheel.

Toyota offers something called the TRD package for the 86 which is a special handling package. If you’re a tech-minded, detail-oriented sort of person, what that means is that the 86 TRD offers a set of Sachs dampers, 18-inch wheels with Michelin Pilot Sport 4 tires. It's also rocking Bembo brakes with 12.83-inch rotors in front and 12.44-inch stoppers at the back. If you're not a big gear head and those words don't mean a ton to you, just know that the TRD handles a lot better than the standard 86 and also edges out the BRZ.

Because of the TRD option package we're going to say that Toyota wins the 86 vs BRZ performance matchup, but it's really just due to that one specific option. Pound-for-pound you’ve basically got the same model here and there's not much of a difference.

The Subaru BRZ comes with two trim packages. The base package is inexplicably called the limited edition and it has a MSRP of $28,845. If you opt for the upgraded tS edition you're looking at a price of $31,495.

When it comes down to what you're going to be paying for average repair costs there's not a huge variety between the two vehicles based on the information that's available online. Unfortunately, there's not enough data for the 2020 Toyota 86 in terms of repair costs but previous years averaged around $755 in repair costs. The Subaru BRZ on the other hand tolls in about $672 worth of repair costs in the average year.

The Subaru BRZ costs a little more initially, but the lower associated costs means it takes this one by a matter of pennies, but it’s barely a win.

From the outside there is very little difference between the Toyota 86 and the Subaru BRZ. The Toyota has a more stylish honeycomb grille and also some angled fog lights. The Subaru BRZ is a little more plain overall.

Inside of each vehicle you're going to find some comfortable leather interiors as well as two plus two seating that is pretty comfortable if you're in the front seat and a little bit less so when you're in the back. These aren't well-appointed luxury cars with mahogany trim and plush Italian leather, but they are nice enough for what they're meant to be and the materials are softer than what you're going to find in some cheaper vehicle.

When it comes to the infotainment features in each car BRZ gets a slight edge here thanks to features like Apple Carplay and Android Auto. Both cars are rocking a 7-inch touchscreen display, both have Bluetooth connectivity, USB ports and more.

On the safety front because these are essentially the same vehicle, they have the same safety ratings from the Insurance Institute for Highway Safety crash test results. For the most part they did well but they both suffer from the same slightly lower ratings for the driver side crash test results. Oddly enough neither one has the level of safety features you might expect from a car in its class. They're missing features like blind-spot monitoring and adaptive cruise control. If safety is a big concern for you when you're looking for a car you may want to give some consideration to what it is, you're giving up for these models.

You're not going to buy either one of these cars if you're looking to go on some big camping trips dragging all of your gear with you. Both have the exact same cargo space at 6.9 cubic feet.

Based on JD Power and Associates ratings the Subaru BRZ scores a 3 out of 5 in terms of reliability. The Toyota 86 fared slightly better with a 3.5 out of 5. So, the BRZ was about average in its class while the 86 is slightly above-average. As you can see though we're only dealing with a 0.5 difference so it's not particularly significant. Both vehicles are offering the same five-year/60,0000-mile warranty though.

We’re calling this one for the Subaru BRZ.

The Subaru BRZ and the Toyota 86 aren't cars that you go shopping for if you're looking for a nice family vehicle to take you to soccer practice after school and carry the whole crew on camping road trips. Sure, you can use one of these on the commute to work in the morning or as your getting-around-town car, but these vehicles are meant to look good and drive fast. At the end of the day these are sports cars and you want them to be sporty.

The thing is Subaru and Toyota jointly made the BRZ and the 86 and they share parts between them. That's why they're essentially the same automobile. With that in mind, if you like the look of one, you're probably going to like the look of the other. If you like the way one drives, you're going to like the way the other drives. If one of these is worth it to you, both of these are worth it to you. So, if you want a good mid-range sports car that's not going to break the bank, then absolutely both of these are worth it.

Which Model is the Best Choice?

Choosing between twins is never an easy task and that's essentially what you have to do here. The aesthetic differences are minor and subjective. In terms of the features that really count, as we've seen the Subaru BRZ made just ever-so-slightly edge out the Toyota 86. Even though both vehicles are fun to drive and are going to offer you essentially the same smooth ride you have to start looking into the finer details to determine which one is going to be the winner here. So, the TRD package puts the Toyota 86 ahead in terms of performance, but it's affordability and features that make the BRZ race out ahead in this battle of the mirror images.

If you're looking for a fun, reliable, good looking and comfortable sports car you're not going to go wrong while she was in the Toyota 86, but we will say it's the better option for you to pick the Subaru BRZ.