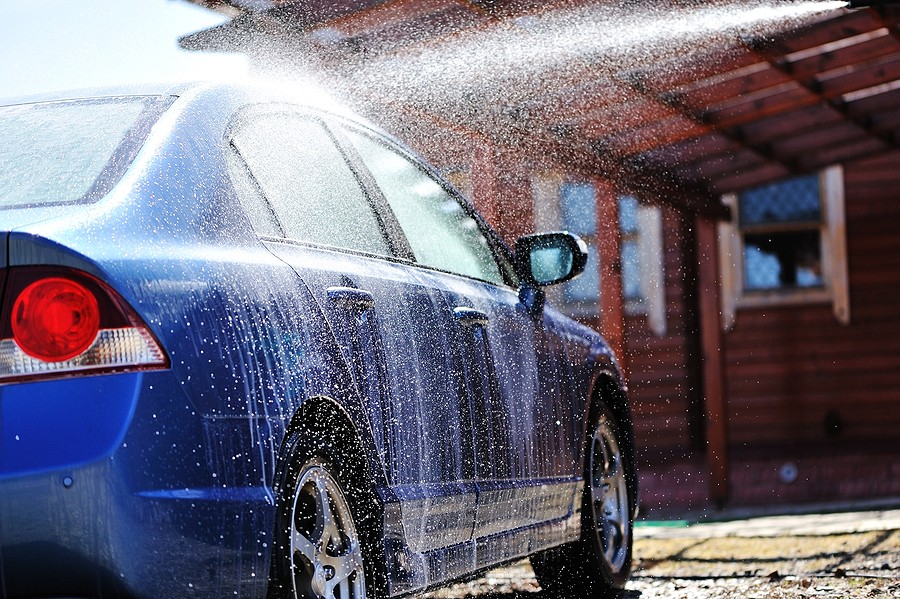 It’s important for you to make sure that you wash your car on a regular basis. By cleaning your car, you’ll make the outside of it look great. You’ll also keep it safe by ensuring that you’re able to see out of your windows and use your mirrors. And you’ll even give your car’s value a boost by cleaning it every so often. You can clean your car on your own if you want, but you’ll also have the option of taking it to a car wash. If you take this approach, tipping car wash attendants is something you’re going to want to do it. Learn all about how to do it below.

To Start, Why Is It a Good Idea to Take Your Car to a Car Wash?

As we just mentioned, it’s very important for you to keep your car clean at all times. Outside of the fact that it’ll help the appearance of your car, it’ll also protect the paint that’s on the exterior of it. If you don’t get into the habit of cleaning your car at least every now and then, it won’t be long before the paint on your car starts to fade and show other signs of wear and tear. You can prevent these things from happening by making it a point to clean it.

While you can clean your car on your own if you want, taking it to a car wash is a much better option for most people. It’ll give you an opportunity to clean your car from bumper to bumper without lifting a finger. All you’ll have to do is sit back while the equipment inside of a car wash gets your vehicle clean. Then, you can look on as car wash attendants get inside of your car and clean the interior of it further. It’ll leave you with a car that looks and feels almost like new when they’re done!

Cleaning your car by patronizing a car wash will, of course, come at a cost. Most basic car wash services are going to cost you around $20 to start and will go up from there. You’re also going to need to factor tipping car wash attendants into the equation. But you shouldn’t let that stop you from washing your car at a car wash anyway. It’ll guarantee that it gets as clean as it’s going to get.

Who Will Take Care of Washing Your Car at a Car Wash?

Car washes have really come a long way over the last 100 years or so. When the very first car washes in the country were opened up over a century ago, they included workers who washed a car from top to bottom as it moved through a large tunnel. But these days, most car washes have a complicated system of car cleaning equipment set up that does all the work. This might lead you to believe that tipping car wash attendants isn’t necessary.

But it’s worth pointing out that there are still going to be car wash attendants at most car washes that will play an important role in your car getting cleaned. These attendants will direct you on where to go to get your car washed. They’ll also usually ask you to step out of your car at some point so that they can clean the inside of it. And in some instances, they’ll even go above and beyond by washing your windows by hand or addressing any concerns that you have with certain aspects of your car.

Every car wash is different nowadays. Some of them are more self-serve than others, which is why there is a lot of confusion over tipping car wash attendants. But generally speaking, you’re still going to come into contact with at least one person when you go to have your car washed, and tipping them is going to be a nice gesture.

Should You Tip the Car Wash Attendant Who Helps Clean Your Car?

Now to the million-dollar question that’s on your mind right now: Should you plan on tipping car wash attendants when you take your car to a car wash to have it cleaned? The truth is that there are a lot of different philosophies on this. Some people say that you should always tip car wash attendants, while others will argue that you’re already helping to give car wash attendants money by paying for car wash services.

With all of this being said, it is usually a good idea to give car wash attendants at least a small tip, especially if you see them working hard to get your car clean. Tipping car wash attendants can really go a long way and make them feel nice when you take the time to do it. Although these attendants don’t always expect a tip, they’re sure to appreciate it when you go out of your way to give them a little extra something for the role they played in cleaning your car.

How Much Should You Give When Tipping Car Wash Attendants?

You can also adjust the amount of money that you give when tipping car wash attendants based on how much you enjoy your interaction with attendants. If they are very friendly and accommodating to you, there’s nothing wrong with extending a slightly larger tip than you would otherwise. If, on the other hand, they’re not very nice and don’t pay you any mind, you might want to scale back your tip or even not tip at all.

Is It Ever a Bad Idea to Tip Car Wash Attendants?

You should also usually abstain from tipping car wash attendants if they come right out and ask for a tip. That’s poor etiquette and is reason enough for you to question their motives and shy away from tipping them.

What Is the Best Way to Go About Tipping Car Wash Attendants?

When you leave a tip at, say, a restaurant, it’s easy enough to do. You can either leave some cash on the table for your waiter or add it to your bill when you pay it. But it’s not always as easy to leave a tip for those tipping car wash attendants. You might not ever come into contact with a car wash attendant, which is why you might struggle to figure out the best way to tip them.

There are several different ways in which you can go about tipping car wash attendants. Here are some ways that you can do it:

No matter which option you choose, you shouldn’t have to stress out over tipping car wash attendants too much. As you’ve just seen, it’s simple enough to do it in a variety of ways. And if you’re not sure what the best way is, don’t be afraid to check with the manager at a car wash about it. Feel free to compliment your car wash attendant, too, while you’re at it just to drive home the fact that you were happy with the service you received.

Who Should You Tip If Several Car Wash Attendants Work on Your Car?

There is a chance that there might be more than one car wash attendant who helps to clean your car when you have it at a car wash. What in the world are you supposed to do then? Should you walk around tipping car wash attendants left and right until you’re all out of money? We can sympathize with your confusion here and know it can be difficult enough tipping one car wash attendant, let alone a bunch of them at once.

If you find that you do have several car wash attendants cleaning your car, it’s probably best for you to avoid handing a tip to just one of them. You won’t have any way of knowing whether or not that person shares the tip you gave them with all the other car wash attendants. Instead, you should probably either add the tip to your bill or place the tip into a can or bin set up for tips. This will ensure that you tip all your car wash attendants at one time.

What Might Happen If You Don’t Tip Car Wash Attendants?

For starters, tipping car wash attendants will make you feel good about yourself. You’ll love being able to put a smile on someone else’s face by acknowledging the good work that they did. But let’s take it a little bit further, too. By tipping car wash attendants, you’ll increase the chances of you getting better service the next time you bring your car in for a car wash. Car wash attendants are going to be quick to go the extra mile for you when they remember the great tip you left for them last time.

That doesn’t mean you have to leave a generous tip every single time you visit a car wash. But it probably won’t hurt to show your appreciate by tipping car wash attendants as often as you can. You’ll stick out in their minds as they move forward, and they won’t hesitate to give you the best service possible when you bring your car back for another car wash.

PrevPreviousCan I Sell A Car I Just Bought Without Registering It? Is it Legal To Sell An Unregistered Car?
NextBad O2 Sensor: How Much Is It Going to Cost You to Replace It?Next