Subaru Transmission Problems: Everything You Need to Know 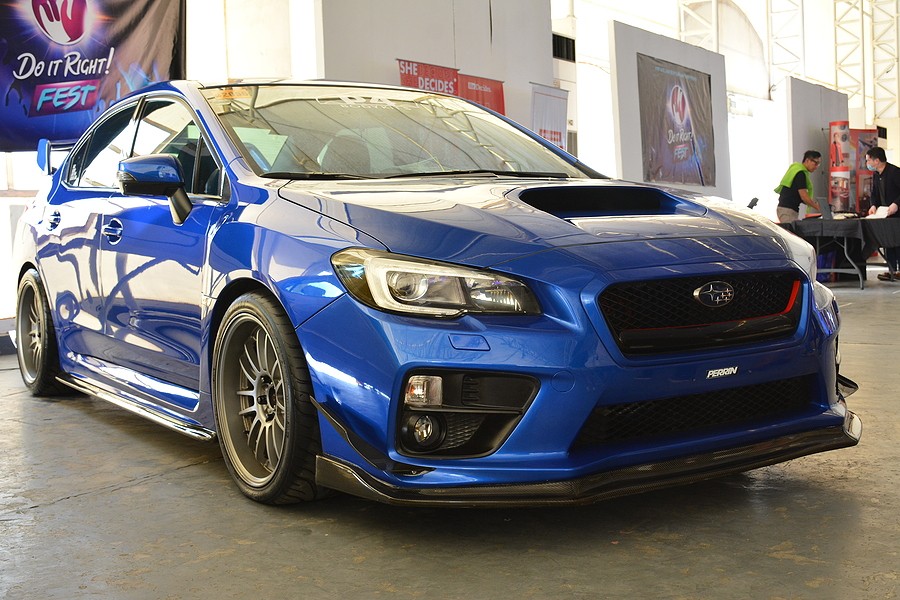 Subaru has been making cars since 1954. They're known for small and midsize cars that are designed with what is called a boxer engine. That's a kind of flat engine where each pair of opposed cylinders move inward and outward at the same time. They are definitely not the largest manufacturer of automobiles in the world, in fact they are about the 22nd largest in the world. But they are well-liked for their affordable, sporty cars as well as their all wheel drive capabilities that are appealing to a certain group of drivers. They're even well-liked for some drivers specifically because of their drivetrain. Subaru uses a CVT transmission in their vehicles, or continuously variable transmission.

What is Continuously Variable Transmission?

The way CVT transmission works is, rather than actually having those individual gears to switch through such as first, second, third oh, it works by a series of pulleys that increase or decrease a gear ratio as you drive.

The point of CVT transmission, at least on paper, is to get rid of that clunky kind of moment when you switch from one gear to the next. you can think of traditional automatic transmission or manual transmission as going up a flight of steps. Each new gear is one step in the climb to a higher speed.

CVT transmission is more like a ramp. It's supposed to be that smooth transition all the way up without having to worry about a shift from one gear to another. Ideally, this means that as you speed up your saving on fuel economy because you're not having to have that transition from one gear to the next which can actually briefly slow you down and end up costing you more fuel in the long run. The fact that it is lighter than a standard transmission and takes up less space, allowing your whole vehicle to be lighter and smaller is also a factor in how this is meant to save you a little bit of money at the promise. Again, it's not a huge dollar amount, about 4% overall.

In theory, CVT is supposed to be more responsive and faster than traditional transmissions. It has had his problems over the years however some of the vehicles that it's been a part of.

The Subaru Ascent is one of the newer vehicles in Subaru’s lineup. It debuted for the 2019 model year, so it doesn't have a long history on which to reflect in terms of overall problems. In fact, the Subaru Ascent has had just short of no transmission problems reported whatsoever. If you're in the market for a new Subaru, the Ascent SUV would be a good choice if you're worried about transmission.

That said, Subaru tried to head off any issues at the pass by issuing a recall in 2019 before faulty transmissions. Affected vehicles could have power loss or hesitation while driving that could lead to unexpectedly slow driving or even a crash. The problem is related to a faulty pressure sensor in the transmission that could give the incorrect readings and result in a reduction in hydraulic pressure. There are no actual crashes or injuries related to this issue at the time, but Subaru is being proactive.

Before the 2016 model year the Subaru Crosstrek was known as the Subaru XV Crosstrek. As just the Crosstrek from 2016 to the present, it has had relatively few issues related to transmission. There have been a handful of minor complaints across the latest model years, but nothing of any great significance that should make you worry about how the CVT operates in a new Crosstrek.

In terms of the older models, the Subaru XV Crosstrek was produced for 3 years from 2013 to 2015. There were a few more transmission issues with these model years, but again it wasn't in very huge numbers. Most drivers who had problems with the transmission in the Crosstrek XV complained of things like grinding noise, hesitation, and erratic shifting issues.

The Subaru Forester has been in production since the 1998 model year. In terms of problems with the transmission, 2017 was very much the most problematic model year for the Forester. A number of drivers reported problems with their transmission shuddering and jerking on them commonly happening fairly early in the vehicle's life. The average mileage for transmission problems was only 2,500 miles. Drivers reported a lot of problems with hesitation, and alerts as the CVT attempted to climb in gears. For some drivers this lurching was so bad that items on their dashboard or in cup holders would actually spill and fall over.

The 2014 Forester also had some problems with its transmission lurching and being uneven. This happened at just over 50,000 miles for most drivers. Drivers reported that the car would be getting to jump and buck as they attempted to get up to highway speeds.

The 2015 Forester suffered much of the same kinds of problems, including things like transmission slipping and total transmission failure. This again happened usually between 50,000 and 70,000 miles in total.

Subaru has been making the Impreza since the 1993 model year. There have been a few years that have had issues with the CVT Transmission in the impressive, but it hasn't been a severe issue for the most part. At some point, any vehicle will be susceptible to transmission problems, so this isn't a chronic problem with me and present by any means.

The 2012 Impreza was probably the worst year for transmission issues with drivers complaining of problems shifting properly and random acceleration. Even though this was the worst year for the Impreza, that doesn't necessarily mean it was a chronic issue by any means and not a regular problem for most Impreza drivers. This was a minor issue at best.

Subaru started producing the Legacy way back in 1990. Surprisingly, in that time it has been remarkably free from transmission problems. That isn't to say that it doesn't have any, just relative to the number of years it's been in production there have been very few. For instance, you probably won't even find transmission issues listed before the 1998 model. 2018 to 2020 models of the Subaru Legacy have also been remarkably free of issues, as has 2016, 2012, 2009 and more.

The Subaru Outback dates all the way back to 1995, and it has had its fair share of transmission problems as well. 2011 was by far the worst year for the Subaru Outback’s transmission.  On average, it was still a reliable vehicle, but this model year did have more transmission issues than others. The most common complaints related to transmission in 2011 was a total transmission failure which happened at around 100,000 miles. The cost for getting this repaired is over $4,000, so you can see it would be a serious issue if it happened.

There was a minor recall issued for 2011 Subaru Outback transmissions that only affected about 800 vehicles and total. According to recall if the transmission gears are not properly lubricated a groaning sound might begin to develop that could lead to the gears breaking, and vehicle power loss, possibly resulting in a crash.

In 2010 there was an issue with the torque converter locking up when braking in the Subaru Outback, they've happened at around 115,000 miles. Problems with noise in the transmission and shifting were also present.

The 2014 Subaru Outback also had some transmission problems including shuddering between gears and hesitation. This model year was also plagued with a number of other problems that have ended up labelling this model a problematic one overall.

The Subaru WRX has been mostly problem-free in terms of transmission issues. That's not to say it's completely devoid of problems, and they're just been limited in the way we've seen with some other Subaru models. The 2015 WRX is probably the worst for transmission problems, but again these are relatively minor. Some people complained of noises or their transmission being stuck in neutral. In general, the WRX has been a fairly reliable vehicle.

The sporty Subaru BRZ has a great reputation when it comes to transmission. In fact, only the 2013 model year has had any real issues reported with transmission and even then, it was a minor number of drivers complaining about transmission noise.

One and a half million vehicles were offered an extended warranty back in 2017 to cover problems with the continuously variable transmission found in their Subaru vehicles. The warranty covered cars made between 2012 and 2017. This was done instead of a recall, but also acknowledging that there were problems with the CVT that might require maintenance and repair.

The warranty extension was issued after numerous Subaru owners complained about their CVT transmission. Many of the Subaru owners affected had suffered issues like severe vibrations installing when they came to a stop, transmission lurching and some very close near misses in terms of accidents. The cost for some of these repairs ended up being over $4,000 for some Subaru owners.

As part of the extended warranty offer, the transmission warranty which normally covers 5 years, or 60,000 miles was upgraded to a 10 year or 100,000 mile warranty. This was issued for those 2012 to 2017 Subaru legacy's, Subaru Outbacks, Subaru Foresters, Subaru Imprezas, Subaru Crosstreks, and Subaru WRX models. There is also a minor warranty extension issued for vehicles that did not fall in the 2012 to 2017 date range. Those ones were given a one-year warranty extension. At this point however, that extension is expired. As of July 2018, it ended.

Subaru has had some hit and miss luck with their transmission over the years in their vehicles. The company has been plagued with issues that have required recalls, though few have related to the transmission. It's always advisable to look at a vehicle as a whole rather than just part by part to determine if it's a reliable choice for you or not. Some model years of some Subaru vehicles have been exceptional, they have performed remarkably well, and they are a great value. That's part of what makes Subaru such a popular manufacturer. But there are others that you definitely need to look at with a critical eye.

If you're in the market for a used Subaru it's always a good idea to make sure that you have a trusted mechanic give the a vehicle a good once-over before you commit to buying anything. Just like any Vehicle Manufacturer, Subaru has had its fair share of problems so you never want to take it on faith that just because a model year had okay transmission that there are no other problems related to it. Likewise, just because some model years had shaky transmission is no guarantee that everything else was a problem either.

PrevPreviousWhat Does a Timing Belt Do? – Here’s What You Need To Know
NextAC Compressor Replacement Cost: Your Ultimate GuideNext