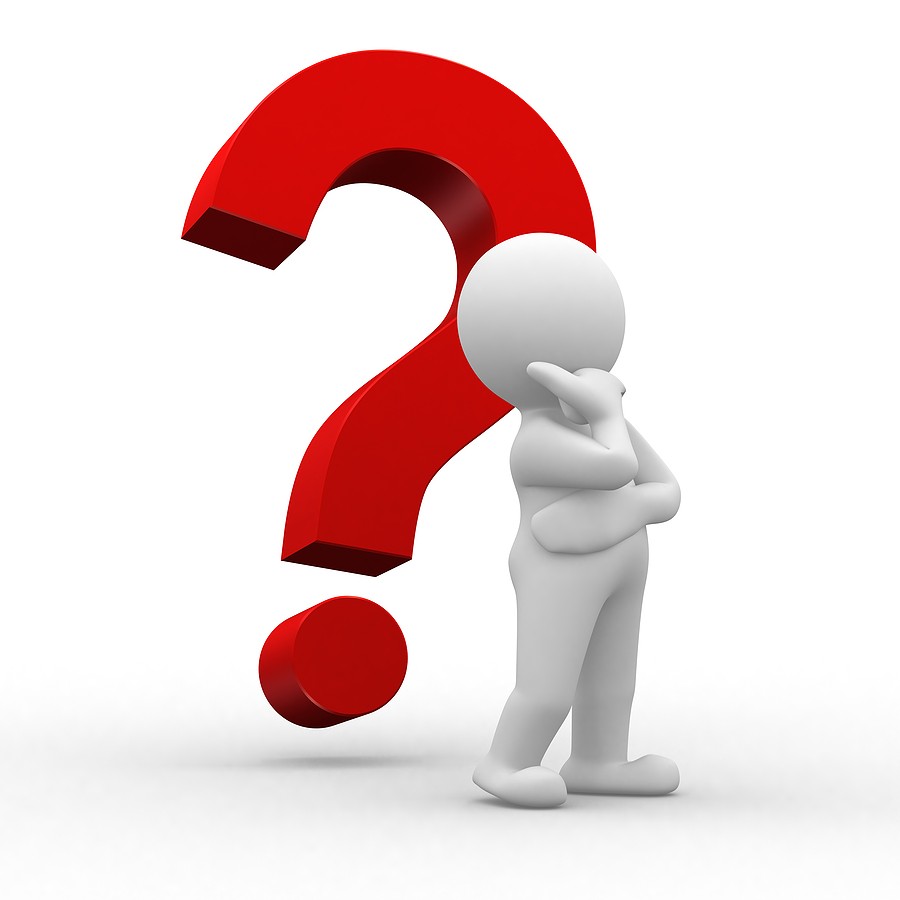 Subaru is one of the automobile manufacturers that has switched nearly their entire line of vehicles to a CVT transmission. Many customers have had problems with the Subaru CVT transmission in the past, but the company does seem committed to keeping it in all of their all-wheel-drive vehicles. They have a standard transmission in their sports cars, but every other vehicle uses a CVT including the BRZ Sport coupe and the sport tuned WRX.

Subaru has been using CVT transmission for years now and, in fact, the Subaru Justy was the first production car in the US to offer CVT.  Their CVT transmission, which they call Lineartronic, is designed to get the most out of the 4-cylinder boxer engines that Subaru uses. That gives you more responsive acceleration, and a quicker one as well. It's also really well suited for being fuel efficient in city driving. It's lighter weight, and smaller, so you can theoretically be saving money at the pumps overall.

Even though Subaru is clearly in love with the CVT, not all drivers are. There have been many issues in the past with Subaru CVT.

In July of 2017, Subaru notified their customers that they were offering an extended warranty that affected about 1.5 million vehicles. The warranty covered problems with the continuously variable transmission that had been giving owners of numerous Subaru vehicles that were manufactured between 2012 and 2017 problems. This was done instead of issuing a recall which many customers felt was warranted because of the issues they were facing.

Well over 100 Subaru owners lodged complaints relating to problems with the CVT transmission that prompted the warranty extension that Subaru offered. There are also many additional complaints that came out relating to the cost of repairs and the poor performance that customers felt the CVT transmission was giving them overall. Subaru’s spokesman was quoted as saying that the company was not comfortable with the level of unhappiness that their customers were experiencing. For that reason, they decided to alleviate concerns from their customers by offering the extended warranty.

Some of the feedback that customers were giving was pretty scary stuff.  One owner of a 2011 Subaru Outback said that their vehicle would shudder and stall when they came to a stop and the engine would shut off. Lurching at random times, they were almost in an accident more than once because drivers behind them had to stop abruptly due to their vehicle simply shutting down. That particular driver ended up spending over $4,000 to repair the transmissions torque converter.

Most people felt that the move by Subaru was meant to sidestep a full recall. If there is a problem that causes a vehicle to stall frequently, then a recall is typically issued. By extending the warranty, they were sort of circumventing the normal process of how things are dealt with.

For numerous models, Subaru switched the transmission warranty for 5 years or 60,000 miles to a 10 year or 100,000-mile warranty. This affected models such as the Subaru Legacy and Outback, the Subaru Forester, the Subaru Impreza, the Subaru Crosstrek, and the Subaru WRX. Any vehicles that fell outside of the date range or mileage were given a one-year warranty extension that ended in July of 2018.

2018 was the cut-off year for Subaru's warranty extension. That meant that, at least as far as the manufacturer was concerned, there were to be no issues with CVT transmission in the 2018 model year.

Luckily, this seems to track with the experience of many drivers. Let's take a walk through some of Subaru's more popular models in the year 2018 to see how things fare.

Subaru Outback:  One of the most popular models that Subaru produces is the Subaru Outback. The 2018 model of the Subaru Outback did have some electrical issues that some drivers reported. A dead battery and the car shutting down while driving were unusual issues that more than one driver experienced with the 2018 Outback.  There were also issues with the windshield cracking far more easily than it should have, but in terms of transmission the CVT was relatively problem-free for most people.

Subaru Legacy: The 2018 Subaru Legacy was also fairly devoid of problems in terms of the CVT transmission. Some drivers had issues again with electrical problems and interior accessories, but overall, the transmission for 2018 was not problematic for anyone.

Subaru BRZ: The 2018 model year of the Subaru BRZ was a pretty great model year overall. They were almost no problems associated with this vehicle, so if you're in the market for a sporty Subaru from 2018 this is what you're looking for.

Subaru Crosstrek: There were a few problems with the 2018 model year of the Subaru Crosstrek, but they were not a ton of issues with the transmission overall. Things like the transmission jerking were very rarely reported but the most common problem with the Crosstrek in this model year dealt with things like the radio not working or issues with the suspension causing the rear end to slide easily. The CVT was not a major problem that most people experienced.

Subaru Forester: Another very popular model made by Subaru, the Forester had a pretty good year in 2018. This one had the same issues with oddly cracking windows that the Outback was facing, but they were very rarely anything related to CVT transmission reported as being a problem.

As you can see, 2018 was not a terrible year by any means for Subaru when it comes to transmission. They clearly learn from the mistakes of the prior 7 years that led to their almost recall, and they put some effort into making sure that it worked a little better in 2018.

The company seems really dedicated to making sure their CVT works, even if people still remember how poor it was and some drivers still haven't fully gotten used to the entire experience. That said, if you're interested in a Subaru, you should probably know a little bit more about what  CVT transmission really is and how it works compared to your more traditional kinds of transmission that you may be used to from other vehicles.

What is CVT Transmission?

CVT stands for a continuously variable transmission. It's a kind of automatic transmission that is meant to be smoother and more fuel efficient than either traditional automatic or manual transmission. The idea with a CVT transmission is that rather than have firm gradients as you shift one gear to the next you have more of a smooth linear progression from lower gears to higher gears.

Think of traditional transmissions as steps. You start on the first step; you go to the second step. CVT transmission is more like a ramp where you gradually move on up without ever having to fully commit to the next step in the process.

In theory, CVT transmission should work in a much smoother fashion than the older styles of transmission. It should allow you to get the maximum use of your engine because you're not having that moment where you sort of clunk from one gear to the next and then have to pick up speed again. That transition moment from one year to another in traditional automatic transmission or a manual transmission is what cuts into your fuel efficiency.

The fuel efficiency bonus of using the CVT transmission isn't great, it's about 4% per year overall, but that does add up. It's also supposed to be a little smoother and easier on your engine because of that simple process.

Pros and Cons of CVT Transmission

There have been a number of upsides to using CVT transmission over traditional transmissions. That said, not everyone is on board with them and there are some downsides as well.

Smoothness: Because there are no gears in a CVT transmission, you don't have to worry about the gears slipping at any point or grinding them anyway. In theory, they should be one smooth ride.

Optimization: The CVT transmission is meant to make the most of your engine's power. You should be able to use it at peak performance for the longest period of time with a CVT working properly. That's going to create perfectly seamless acceleration and good fuel efficiency because you're not having to interrupt your ride with those shifts between gears.

As we said, there are also some downsides to using CVT transmission that make it a less-than-ideal choice sometimes.

Expensive: CVT transmission actually requires less maintenance and repair then either traditional automatic or manual transmission, for the most part. That said, because absolutely any transmission can fail eventually, you're going to end up with a much higher repair bill for a CVT transmission than you will for a standard one.

Boring: As weird as it sounds, there's something boring about driving a car that has a CVT transmission. Especially if you grew up using manual transmission, there's no moment in a CVT transmission vehicle where you really feel that kind of kick that you get when you shift to a high gear and floor it. You don't feel that excitement on the road, because everything is metered out and smoothly run. That's not necessarily a bad thing for some drivers, but if you really enjoy the experience of driving, it can get a little stale behind the wheel of a CVT vehicle.

Subaru has definitely had some problems with CVT transmission in the past. Even though they narrowly averted having to do a recall, and a lot of drivers are still leery of how CVT transmission works, it's pretty reliable these days. That said, all you have to do is Google CVT transmission problems and you'll see a lot of articles and forums come up where people discuss exactly what it is, they don't like about CVT. Even the sound is just annoying to some people, and that's what it's working absolutely properly.

Whatever it is that Subaru did between 2017 and 2018, they definitely got CVT transmission on track again. If you're in the market for a 2018 model of anything that Subaru produces, you'll probably end up having an okay experience with your vehicle. Obviously, no car is going to be perfect, and you could definitely end up getting unlucky and having one with issues. But there don't seem to be any lemons that were produced across the board in 2018 by Subaru. The transmission works well, and even if it's not as fun to drive is a manual transmission, the money that you're going to be seeing you at the fuel pump might make you feel a little bit better about what some people described as a bit of a noisy, and boring ride over all.

The bottom line is that Subaru's 2018 lineup of vehicles all perform pretty well, and the CVT really is a reliable transmission.