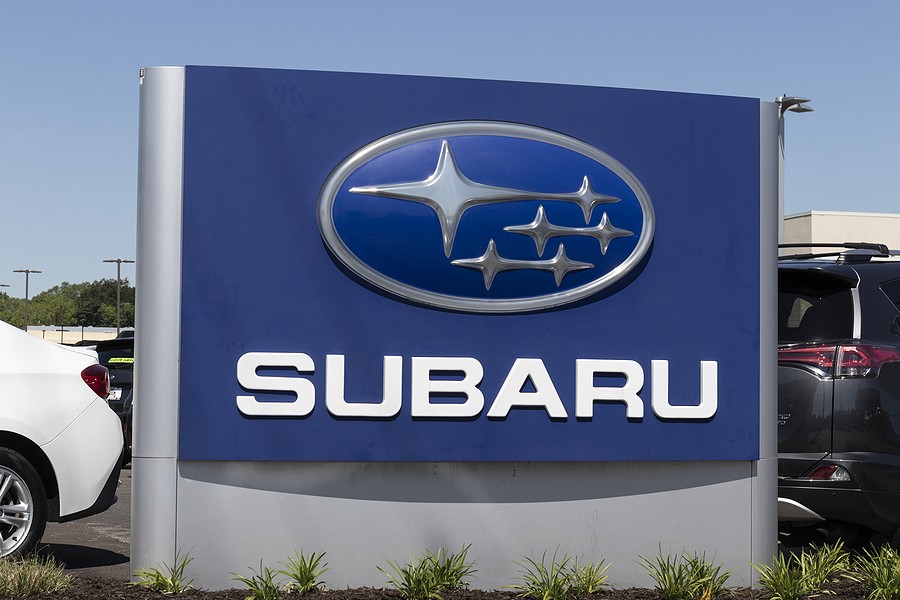 Subaru reliability myth check. Subaru is the car division of former Fuji Heavy Industries now Subaru Corporation, which is a Japanese transportation conglomerate. Subaru has a high representation in the tables of customer satisfaction and reliability. But they had a lot of ups and downs in recent years, and its reliability plummeted to 18th out of 36 on ReliabilityIndex's dependability scale in 2016. So has Subaru’s reliability really become a myth? Let’s check.

Subaru Reliability Myth: History of Subaru in the USA

SOA moved to a new headquarters in Camden, New Jersey, in 2018. In the United States, SOA has regional offices, zone offices, and parts distribution locations. SOA also owns and operates ports on both the West and East coasts.

Subaru and then-partner Isuzu opened the Subaru-Isuzu Automotive, or SIA, facility in Lafayette, Indiana in 1989, which first produced the Subaru Legacy and Isuzu Rodeo. Due to declining sales, Isuzu sold its interest in the plant to Fuji Heavy Industries for $1 in 2001, and the company changed its name to Subaru of Indiana Automotive, Inc.

In 2015, the Kelley Blue Book reported that two Subaru models, the Forester and the Outback, had unusually short inventory times in the United States (the time between being received by a dealer to being sold). And that’s because they have gained a reputation for reliability.

Although Subaru isn't the most dependable brand on the market, certain of their models are superior to others (e.g. the Forester). They are said to be an average brand with a couple of models that are above average. The Subaru reliability myth has gained its ground with more and more customers complaining about the head gasket and other serious complaints put up by Subaru owners online all over the country.

Subaru Reliability Myth: Do Subarus have a lot of problems?

Subaru appeals to a wide range of customers since they are both economical and good looking vehicles. Subaru came out on top in a J. D. Power survey in 2019 that looked at which vehicle brands have the most devoted fans. With a 61.5 percent loyalty rating, it came in first.

Despite its popularity, Subaru has had a few nagging troubles in recent years, including several big-ticket (and expensive) service concerns, such as problems with its CVT transmission and Subaru's engine problems, which have tarnished the brand.

The most common engine problems that Subaru owners have encountered fueling Subaru reliability myth are listed below. If you've observed that your Subaru isn't operating as well as it should, it could be due to an engine problem.

Subaru recalled almost 450,000 vehicles in the United States in 2019 due to engine computer concerns. The computer unit had been programmed incorrectly, leading it to keep powering the ignition coil even after the motor had been turned off. This increasing temperature could result in a short circuit or blown fuse, causing a power outage and the inability to start the engine.

Subaru announced a new recall in 2019 for over 250,000 vehicles due to a malfunctioning PCV valve that might cause the engine to lose power while driving. This problematic element was discovered to have the potential to crack or split apart, enabling fragments of itself and/or oil to enter the engine combustion chamber, causing damage to engine components.

The PCV valve is an emissions component that prevents pollutants produced by the engine from being released into the atmosphere. It also keeps the engine clean and prevents the buildup of crankcase pressure. Increased tailpipe emissions that are blue or gray in color is a clear indication.

Subaru will repair the faulty PCV valve as part of the recall, as well as any further damage that may have occurred as a result of the faulty item, including engine replacement if necessary. Below is a list of models that were affected. For the 2017/2018 Impreza and Crosstrek, the recall number is 19V744, and for all other vehicles, it is 19V856.

Faulty head gaskets are one of the most prevalent engine problems Subaru owners have encountered. For roughly five years, the flaws were spread over a few models. There were two rounds of difficulties with the head gasket.

External leaks between the cylinder heads and the engine block caused coolant and/or oil to seep out between the head and the block on these head gaskets. The problem in both cases was caused by the type of head gasket employed, not the engine itself.

The head gasket used in all of the affected vehicles was a single layer graphite coated head gasket, which is known to lose its covering around 100,000 miles. The head gasket seal was compromised due to the stripping and chipping of this covering. Subaru fixed the problem by extending the warranty on its powertrain and switching to a non-coated multilayer head gasket.

Subaru owners have regularly complained about their vehicles consuming too much oil. While Subaru did not issue an official recall, a class action lawsuit was filed. Owners alleged that select Subaru Forester, Outback, Crosstrek, Impreza, and Legacy vehicles from 2011 to 2015 were using excessive amounts of oil between regular repairs, prompting the filing of the complaint.

While Subaru did not issue an official recall, the lawsuit was settled with Subaru promising to replace these engines with a rebuilt boxer engine if the car was found to be consuming excessive amounts of oil.

Subaru issued a recall in April 2020 for around 188,000 2019 Subaru vehicles made between June 2018 and February 2019, including some of its most popular models like the Ascent SUV, Impreza hatchback and sedan, Legacy sedan, and Outback wagon.

A defective fuel pump is to blame, which might cause the engine to stall. If the engine stalls while in motion, the defective fuel pump might become a safety problem, perhaps resulting in a crash. The gasoline pump could crack, causing the vehicle to not start or stall while it is operating, according to Subaru.

The vehicle may run rough or shake, and loud noises from the engine area are some of the symptoms. The Check Engine Light would illuminate as a result of this. Subaru will replace the fuel pump as part of the recall.

Subaru Reliability Myth: Is the Subaru 2.5 a good engine?

These engines in particular have received a bad reputation for their lack of reliability. It was such an issue for Subaru that the automaker extended its powertrain warranty from 5 years/60,000 miles to 10 years/100,000 miles. These same engines appeared to gulp an inordinate amount of oil, prompting Subaru to sue and settle a class action lawsuit. These engines were eventually phased out and replaced with the FB boxer engine series.

Which Subaru engines to avoid?

Owners of 2009-14 Subaru Impreza WRX and WRX STI vehicles have fueled the concept of Subaru reliability myth as they filed a class-action lawsuit saying that the high-performance 2.5-L turbocharged engines' pistons and PCV (positive crankcase ventilation) systems may overheat or malfunction, demanding a massive cost for repairs.

What's the most reliable Subaru engine?

Due to concerns regarding boxer engines, Subaru has virtually exclusively chosen to equip its vehicles with Subaru boxer engines. Subaru's four-cylinder engines are all liquid-cooled horizontally opposed boxer four-stroke engines that the firm has been making for over 40 years. One exception is the EN engine series, which is used in Subaru Kei cars and trucks.

The horizontally moving pistons in a boxer engine move toward each other. The name of the engine originates from the way the pistons move, which mimics boxers throwing punches. Because the movements are in opposition to one another, they cancel each other out, resulting in a more balanced and comfortable ride.

Subaru has been a fan of the boxer engine for over four decades due to the multiple advantages it offers. Despite a few allegations of Subaru boxer engine problems, the company remains committed to the engine and is working to enhance it for future models.

Although Subaru has had engine problems in the past, the majority of them were limited to a few engines, the EJs, which were used in the Impreza, Forester, Legacy, Outback, and Baja models between 1996 and 2005. The FB series boxer engines are the most recent Subaru boxer engines. This engine series has performed admirably in reliability tests, with the FB20D in particular receiving high marks.

According to Consumer Reports, it has done exceptionally well in its predicted reliability tests over the last few years, scoring mostly 5 out of 5 in the Engine Major category, which includes major engine repairs such as engine rebuilds or replacements, as well as cylinder head, head gasket, turbo or supercharger, and timing chain or timing belt issues.

This engine was able to minimize pollutants and increase fuel efficiency without sacrificing performance, thanks to a significant increase in the piston stroke. Because the pistons and rods are lighter, this engine produces more torque.

Another advantage of the FB20D boxer engine, which is the most recent Subaru boxer engine, is that it now has direct injection, which increases power and efficiency significantly. The FB20D is found in Subaru's current Impreza, Outback, and Forester models, which are three of the company's best-selling vehicles.

When purchasing a new vehicle, dependability is a critical feature to consider. Some brands, such as Mazda, Toyota, and Lexus, are commonly mentioned as trustworthy. So how about Subaru? Is Subaru a dependable brand? According to a new Consumer Reports assessment, Subaru ranks eighth overall out of twenty-six automakers in the United States, putting them at the top of the reliable category. So goes the Subaru reliability myth. Subaru has slid from seventh to eighth place due to the release of its new model.

The Subaru Crosstrek subcompact SUV and Forester small SUV have better than average reliability, while the Outback wagon, Legacy sedan, and Impreza compact sedan hatchback have average reliability, according to the current CR assessment. The Ascent 3-Row family hauler, Subaru's newest SUV, is the one model that is driving the automaker's score down with below-average scores.

Subaru's reputation for dependability is a myth. To some extent, yes. They've had a few stumbling blocks, but they're generally dependable. Their reliability score has suffered with issues found on their 2.5 engine but have managed to pick themselves up.

The EJs have become a fairly reliable engine as long as the head gasket and timing belt are replaced. And ofcourse we must mention the most recent Subaru engine — FB20D boxer engine, that now has direct injection, increasing power and efficiency significantly making the Subaru reliability myth on being unreliable just a myth.