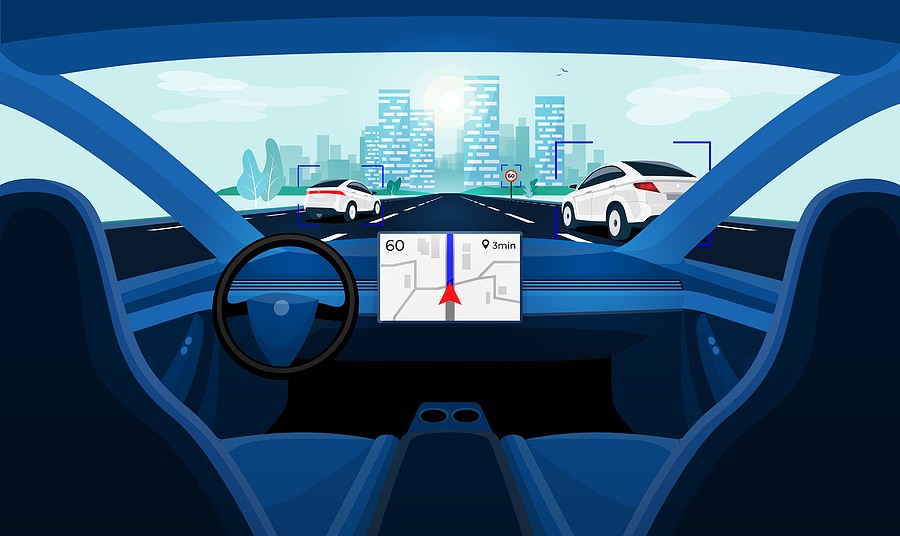 Today’s modern vehicles are equipped with a variety of sensors. Thanks to these sensors in cars, on board computers can make decisions based on what is happening in and outside of the vehicle since they monitor almost everything. They perform different tasks, such as identify and prevent potential issues before they cause problems. These sensors have been developed to make sure that your vehicle is operating smoothly, efficiently and safely.

As you read, you will learn how many sensors a car usually has, what they do, where they are located, and how to make sure they are working properly.

How many sensors are there in a car?

According to a report, the market demand for automotive sensors could be worth more than $26 Billion and is still increasing as of this writing.

Sensors are being installed throughout the vehicle to meet advancing security and efficiency standards as well as address new environmental standards and requirements.

According to experts, the number of sensors used in vehicles will increase as the electronic systems increase. Up to this time, each vehicle has around 60 to 100 sensors on board and we can safely assume that these figures will increase as cars get smarter.

As a matter of fact, a recent report says the number of sensors is expected to reach as many as 200 per vehicle in line with current trends.

How does a sensor work in a car?

They are the sensory organs of a car. A core component of electronic control systems, they are designed to record physical or chemical variables and convert them into electrical signals. Like what we have mentioned earlier, with the help of these sensors, onboard computers make decisions based on the electrical signals or the data collected.

What sensors are used in cars?

With the advancements in technology, sensors enable modern vehicles to become more safer and cleaner than ever. They provide the key information for effective and clean fuel combustion in the engine. Therefore, they make exhaust emissions values and fuel consumption reduced significantly. Lastly, sensors in cars support the reliable functioning of high-efficiency exhaust re-treatment systems, such as the diesel particulate filter, controlled 3-way catalytic converter, or the DeNOx catalytic converter.

Over the years, the number of different types of sensors used in cars have increased significantly. A lot of new types of sensors have been seen particularly in the area of convenience and safety electronics.

Fundamentally, sensors can be classified as follows:

They are used to capture the position of the following:

The radar and ultrasonic sensors used to calculate distances from obstacles for modern driver assist systems also can also be included in this category.

These sensors record the acceleration of the vehicle body and are used in passive safety systems and driving stability systems.

These sensors are used to calculate the following:

Yaw-rate sensors also belong in this class or category. A Yaw-rate sensor is a device that works like a gyroscope which measures a car’s ywa-rate, its vertical axis and angular velocity. The angle between the car’s velocity and heading is called its slip angle, which is in line with the yaw-rate.

These particular sensors are the ones responsible for capturing temperature readings. They measure the following:

This type of sensor is used to monitor different kinds of pressures, such as:

This type of sensor is utilized to measure forces, such as:

Sensors like this read the composition of the exhaust gas or detect dangerous substances in the fresh air supply. There are two types of this sensor, which include:

Flowmeters are utilized to capture the fuel requirement and the amount of air sucked in by the engine.

It is utilized by GPS systems to compute the distance travelled as well as by driving safety systems such as ASR and ABS as a speed value.

The brake wear sensor is typically situated on the brake linings and is subject to the same wear. A wear indicator tells the driver that the brake lining has worn out and the wear limit has been reached.

The transmission sensor picks up the transmission speed. The control unit uses the speed signal for precision control of the shift pressure during shifting and to determine which gear should be engaged when.

For increased comfort and operational safety, levels such as coolant, washer fluid, and engine oil are observed with level sensors. These sensors send a signal to the engine unit which then activates an indicator light.

The distance sensor is utilized to pick up driving speed. It is usually mounted on the rear axle or transmission. The information obtained is needed for the cruise control, converter slip control and speedometer.

The sensor that picks up the position of the crankshaft and the engine speed is called the crankshaft sensor. To calculate the ignition and the injection pulse, the control unit uses the values which the crankshaft captures.

The camshaft sensor is situated at the cylinder head. It scans a ring gear at the camshaft. The information is then used, for example:

The meter is placed between the intake manifold and the air filter housing. It measures the air mass sucked in by the engine. This variable gives the basis for computing the fuel quantity that is required by the engine.

This sensor is screw-mounted within the cooling system. It records the temperature through the gauge tip that protrudes into the coolant. To adapt the amount of fuel injected to the engine, the control unit uses this value.

These sensors are fastened to the throttle valve axle. They keep track of the opening angle of the throttle valve. Based on the values, the engine electronics computes the fuel quantity which is injected based on other determinants.

An uncontrolled form of combustion in a gasoline engine is called knocking. It must be checked and regulated since continuous knocking can damage the engine. Based on the knock sensors’ voltage signals, the engine control unit regulates the ignition point in a range just below the knock limit. Knock sensors are always being monitored by the control unit.

Intake pipe pressure sensors measure the intake pipe vacuum downstream of the valve and send this information to the engine control unit in a form of electrical signal. This value, along with the value of the air temperature sensor is combined so that the air mass sucked in can be calculated.

In order to ensure an optimum combustion mixture at all times, the oxygen sensor measures the unburnt oxygen content in the exhaust gas.

The widely used type of sensor is the electromechanical design—a gas dampened ball and tube design. Held in place by a small magnet, the sensor is simply a small tube with a switch at one end and a gold plated steel ball at the other. Once the sensor receives a potent jolt enough to knock the ball loose from the magnet, the ball will roll down the tube, hit the switch and close the circuit. The tube is slanted upward so the ball can return to its original position after an impact.

Panic or severe braking alone cannot cause an airbag to deploy—they only deploy in crashes. Frontal airbags are typically designed to deploy on moderate to severe frontal or near-frontal crashes, which are described as crashes that are comparable to hitting a fixed, solid barrier at 8 to 14 mph or higher—equivalent to hitting a parked vehicle of similar size at about 16 to 28 mph or higher.

How do I know if my airbag sensor is bad?

Airbags are one of the most vital safety features of a vehicle and one should always ensure that they are in good working condition.

Once the driver puts in the key and starts the vehicle, the airbag control module evaluates the airbag sensor circuit and determines if it is working properly. The airbag warning light will illuminate on the dashboard whenever the vehicle gets started to indicate that the sensor is working fine. Nevertheless, if the light remains on after the car has started, it means there is a problem.

Here are the most common ways to determine airbag problems:

The best and most accurate way of checking the airbag sensors is through a diagnostic scan tool. According to experts, it is a wise move to take your vehicle to a trusted technician or car repair facility to find out exactly what is causing the problem.

Multimeters should not be used while testing the airbags as it can trigger the deployment of airbags.

If your car’s battery was recently depleted, there’s a huge possibility that the airbag battery backup was drained as well, which could cause the light to flash in the dashboard. This problem will easily go away after fully charging the vehicle’s battery again. Nonetheless, you would still have to remove the soft-code error with the diagnostic tool.

By continually interweaving in and out against the steering wheel, the airbag clock maintains the consistency between the airbag and the electrical wiring. The circuit bands wear out over time and can cause the airbag system to register a code error, which will cause the airbag light to flash in the dashboard. The clock spring issue is burdensome to diagnose at home, so there’s a probability that you will end up wasting your time doing it by yourself. In this case, you will have to take your vehicle to an auto mechanic who will use a diagnostic tool to determine the cause of the problem.

Sensors in cars may be small in size but they have important functions—to ensure safety and comfort.