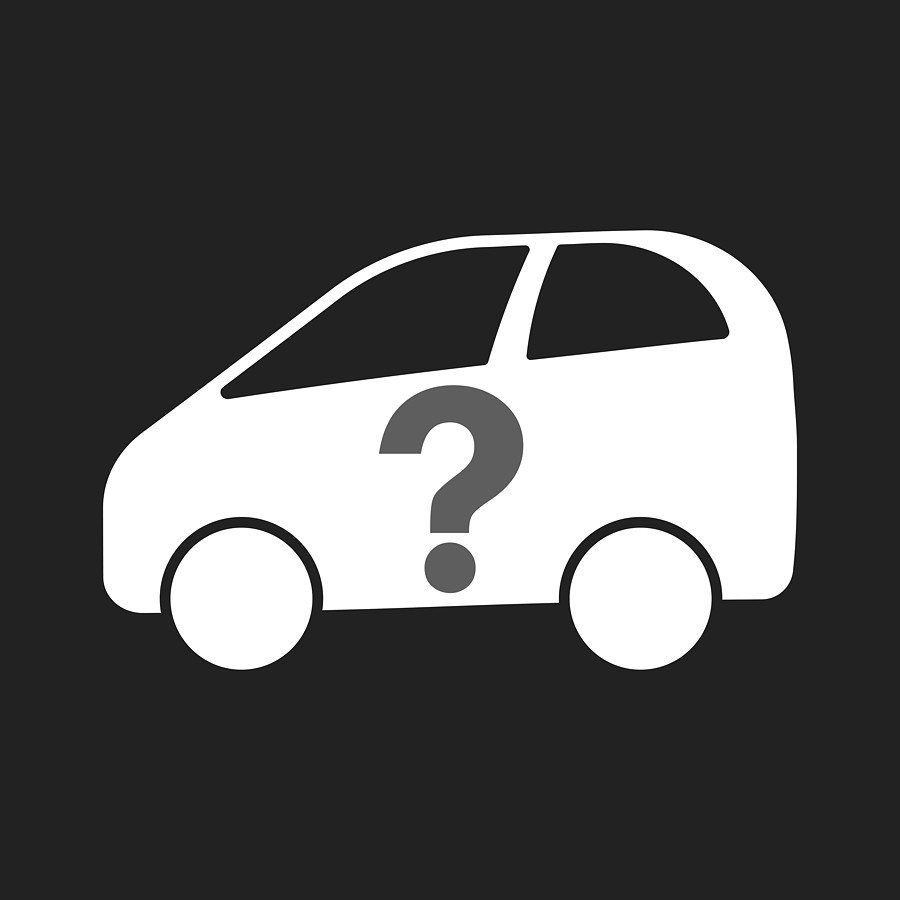 Vehicles are made up of a number of systems that work together in harmony. Each component is significant to the whole. One system especially significant is the car’s electrical components. When it comes to electricity it's easy to get confused as there are so many abbreviations and confusing concepts, like for instance the abbreviation AC and DC, which are the types of electricity. You may not care much about these abbreviations but after you start to experience electrical problems related to your car’s battery, and start encountering terms AC and DC type of voltage you will in no doubt start asking, and a common question asked when it comes to cars is that is car battery AC or DC?

Before we answer the question, it’s important to get familiarized with what AC (alternating current) and DC (direct current) really means. To understand things better you must first understand the concept of voltage and current. Voltage means how quickly and sharply the electrons move through cables, while current on the other hand is the flow rate of the electrons or how many particles are moving through the cable.

Are batteries AC or DC?

Electricity simply refers to the electron flow through a circuit where one end is positive and the other is negative. Every object has electrical charge, but since most are so small they are impossible to feel or detect. So to power motors batteries were developed, which are chemical cells with high electric potential.

The question now is are batteries AC or DC? In general AC is used to produce electrical current and deliver power to buildings. It’s only logical because transporting AC over long distances is significantly more easy and more efficient compared to DC. It’s also easier to transform AC into very high voltages. Why are such high voltages used when transporting power over long distances? The answer is simple. Higher voltages also mean lower currents, which also means fewer power losses. But there are no AC batteries.

There are only some DC batteries that utilize converters to generate AC current. Using an AC converter on a DC battery allows for it to have more control on the energy source and not only that it also comes with the benefit of keeping the power in a portable battery unit.

An example of where DC batteries are being used with AC converters is the power grid that supplies power to the electrical outlets in homes. Because DC flows in one direction it’s mainly used in electronics. That single direction flow is used in controlling transistors that is the building block of electronics. Batteries that discharge emit a constant DC power in a single direction, and supply electricity through the positive to the negative terminal.

The general rule of thumb dictates that everything that runs off an AC adapter, USB cable or battery relies on DC for we simply cannot store AC in batteries. As mentioned, AC current changes direction periodically so to be able to store AC, a battery’s terminal should change polarity at the same speed, which is not possible. Connecting an AC supply to a battery to store the AC means the battery charges only at the positive half cycle and then discharges during the negative half cycle. That means that the voltage or the average current in a full cycle would equate to zero, which means zero possibility to store AC in a battery.

Going back to the original question, is a car battery AC or DC?

Just like any other batteries, a car battery is DC. Majority of automotive components require DC charge to work properly. The limitation is that batteries will eventually completely discharge without remaining power to give. For this reason cars also have alternators, which serve as small generators that are capable of converting mechanical energy into electrical. And to be accurate, you can’t store DC either, since electricity in its true form cannot be stored in any significant quantities. So DC is converted into chemical energy to be able to store in a car battery.

Is the car alternator AC or DC?

The alternator creates a three-phase AC current, but the AC output coming from the alternator is immediately converted into DC. In the earlier days, automotives used DC generators, and not alternators, to provide electrical power. But time came when the average power consumption of automobiles grew as they grew more complex and had more electronics. So the DC generators were eventually replaced by the much needed Alternators, which are more efficient in charging a wide variety of RPMs. Alternators also produce high output at low RPM by way of increasing excitation in its field windings, which is not the case with DC generators.

The alternator outputs alternating current (AC) and is not often used in electronics, with that the AC output of the alternator has to be converted into usable DC. This is done as the alternators are equipped with a full-bridge rectifier that uses 4 diodes converting AC into DC. And then the electrical current is converted into DC then sent to the car’s battery for storage. The car’s electrical system is a complicated subject not easily understood but one thing is clear and simple, all its batteries are DC.

Most automotive applications also use DC. The battery provides engine power from starting, lighting, to the ignition system. Most highway passenger automobiles use nominally 12 V systems, while heavy trucks like farm equipment trucks or hauling equipment with Diesel engines use 24 volt systems. 6 V was used in some older vehicles and at one point a 42 V electrical system was also considered but was found of little use. The metal frame of cars is often connected to one pole of the battery and utilized as the return conductor in a circuit to save weight and wire. The negative pole is often the chassis ground connection, but positive ground may also be used in some marine or wheeled vehicles.

Where is DC current used?

Which is better: AC or DC?

To better understand which of the types of electricity is better, it is best to enumerate their pros and cons. Let us first discuss the AC type of electricity. First is that AC is effective in power transmission. As previously discussed high voltage is being used for a steady supply of electric power, which also means lower current passes through the power line, resulting in lower power loss.

Secondly, the good thing about AC is that it gave power generation a chance. After its invention the AC generator was also created leading to the invention of the hydroelectric AC generators that are still being used up till this day. And when compared to DC’s mechanical generation this is simpler. AC also doesn’t need commutators and brushes that DC machines use to generate electricity, so power consumption is also one of its advantages. The first AC induction motor was patented in the late 1800s by Tesla, which was used alongside AC power. This innovation was made available into the factories in the United States. This contribution to engineering is still being used today to power household appliances like compressors, air conditioners, electric fans and garbage disposers. It is also preferable to use than DC.

Alternating current is also more available than DC and is said to be less expensive. These two facts about AC makes it more practical and preferable than DC.

The other side of the story is that AC is expensive when used in cars. Tesla Model S cars have given its potential buyers the option to convert AC to DC during charging. They are offering more charging speed but limited, not to mention that car owners have to pay an additional $1,500 for this. Another disadvantage for AC is that since high voltage is needed to supply fixed power it also requires increased insulation. That in turn increases the difficulty of handling. It’s more dangerous working with AC than DC.

There are also AC generator issues that come into play. AC requires to run electrons back and forth for the simple conversion of AC into different voltages. This triggers magnetic fields to rise and fall and a great deal of power is required to do this. The wrong kind of electricity is generated by AC generators and this is why when used in undersea cables. Some users prefer other techniques to transmit DC over the use of AC as AC needs to raise substations every 400 miles, which critics find impractical.

AC power is also prone to heating and sparking potentially causing fires and electric shock, as AC generators need to produce high currents. AC generators are also less durable than the DC generator apart from the wasted power lost when an AC generator starts and goes each time it is transformed and up to the final transmission from AC to DC. The transmission in lines in electronic devices can be dangerous, especially when mobile phone users are tempted to use inferior-made chargers while using the phone. When the defective charger heats up, it could result in explosion and more dangerous situations.

AC power also needs inverters to transform electricity from batteries into AC when used in power systems for the home. This is an added expense and can be quite costly. Besides this concern, wastes is also associated with the converted energy estimated to be between 5% and 15%. Majority of the appliances made for AC use are wasteful in terms of power consumption.

Despite the disadvantages Alternating Current (AC) remains to be popularly used in most applications because its counterpart Direct Current (DC) despite having advantages also has some disadvantages and one has something the other power type couldn't offer. Nowadays alternating current has been mostly used for electric power distribution as it has advantages over direct current when it comes to transmission and transforming. But the fact remains that DC has its advantages when it comes to special applications. Each time AC power transmission can not  be practically used over long distances, DC power becomes an option. An example for such application are sub-sea high voltage DC transmission lines, wherein the electricity produced in AC form is converted to DC at a switching/ terminal station, and then transmitted by a subsea network of cables, following a re-conversion to AC by another terminal station before reaching the customers.

A big disadvantage of these High Voltage Transmissions, however, is the higher cost for switching yards and building terminal stations. The parts also need expensive maintenance, with limited overloading capacity as well. AC and DC have their own uses and it’s hard to choose which is better. It’s more safe to say that they both have their own uses.

Much is to be learned about the electronics that goes on within your car but the most important thing is not to get confused. Plain and simple — all batteries are DC and that does not exclude car batteries. What’s also important is to constantly have those car batteries cleaned and checked regularly.