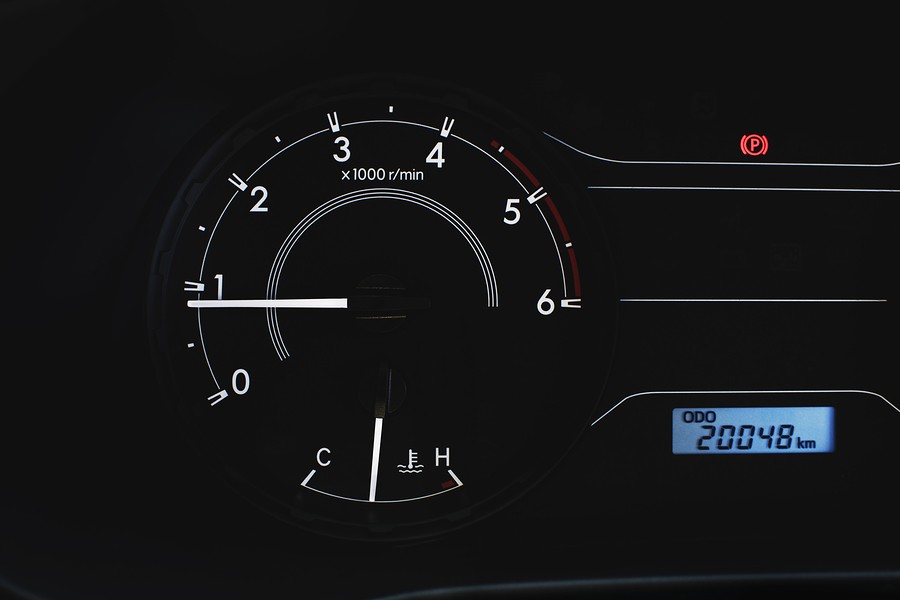 Why Is My Temperature Gauge Not Working?

The first thing you always need to look at with a strange reading on your temperature gauge is giving a strange reading is the actual temperature of your engine. Always rule that out first before focusing on the gauge itself. If you know the engine temperature is not an issue, you probably have to deal with one of these problems;

The problem with a temperature gauge that doesn’t work properly is that you can’t tell which of these reasons are causing it to be faulty. You’ll need to do some digging, likely with a mechanic, to find if it’s the engine or the gauge itself that is giving you the readings. But there are some things you can do yourself.

How to Tell If Your Temperature Gauge Isn’t Working?

Without a proper diagnostic it can be difficult for the average car owner to know definitively if the problem with your temperature gauge is the gauge itself or the engine overheating. There are a few tricks to help you narrow it down on your own without paying money to a mechanic, however.

All of these tests will help you determine if it's your engine that’s overheating. If you can diagnose these yourself, then you’re closer to figuring out the problem. But if none of these apply and your gauge is still reading very hot, very cold, or fluctuating in a way that doesn’t align with what you've seen under the hood then it’s possible the problem is with the temperature gauge itself. Sometimes the best way to figure out what’s wrong is by figuring out first what isn’t wrong.

What To Do When Your Temperature Gauge is Not Working

Checking your temperature sending unit is a good first step in determining if and why your temperature gauge is not working. The sending unit is not that hard to gain access to than the gauge itself and, on average, is more likely to fail. To test it you will need a multimeter so if you don’t have one then your next stop may be best made at a mechanic. If you do have one or can get access to one and are comfortable using it, then you can go ahead and try to measure the unit’s resistance on your own to see if it is functioning normally.

How your temperature sending unit works depends on your make and model. Some models have two units, for instance. Older cars will have the unit connected directly to the gauge while most cars from the mid-90s onward have the electronic control unit as the intermediary between the two. Check your manual or Google your make and model to find out exactly where your temperature sending unit is if you’re not sure. There are a number of sites online like this one that offer a wide range of manuals based on make, model, and year. Testing is fairly simple.

If you don’t have a multimeter handy but still want to check the sending unit, there’s a second method you can try as well.

Obviously, these steps get a little in-depth with electrical systems in a way most novices would not be comfortable with and you don’t want to attempt any repairs or diagnostics if you aren’t 100% comfortable with your ability to do so. If any of these seems too advanced, you’re going to want to check with a mechanic instead just to be on the safe side. Likewise, if you attempt these steps but still can’t resolve the issue, a mechanic will be the best option you have.

What Does it Cost to Repair a Temperature Gauge?

As we’ve seen there are a handful of reasons your gauge itself could be malfunctioning and that means a handful of potential repairs and associated costs. The average cost of a coolant sensor replacement, for instance, is around $200 to $270 depending on where you live and the make and model of your car. A faulty thermostat will have a similar cost in terms of parts and labor as well.

Do I Need to Fix My Temperature Gauge?

Some might argue that if it is the gauge itself not working and the actual engine is running fine, then there is no need to repair the gauge, or at least no need to prioritize it. This line of thinking could be very dangerous in the long run for your safety and the life of your vehicle. Think of it like a faulty smoke detector in your house. If the smoke detector doesn’t work and there's no fire, then there’s no big deal. Until there is a fire. This is the same as with your temperature gauge. You have no way of knowing if your engine starts running hot if the gauge is not working. The longer it does run hot, the greater potential for more damage and high repair costs down the road. For a relatively cheap repair cost, you could save yourself a massive bill and a lot of time and aggravation down the road. If your temperature gauge is not working, you really should get it fixed.