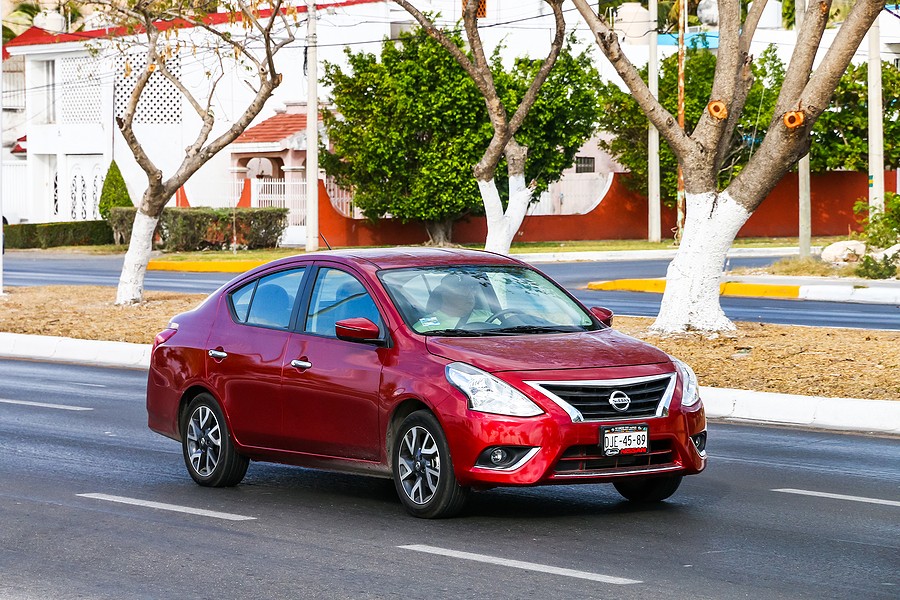 Nissan Versa was introduced in the North American market in 2006 as an all-new model. It is known by various names depending on the market you are in. It is known as the Nissan Tiida, the Pulsar, the Sentra, and the Sunny. Nissan Versa is also known to be one of the most affordable vehicles in the market today. It is spacious and affordable, but most people ask, is Nissan Versa reliable?

Nissan Versa was first manufactured in 2004 but it only hit the American shores in 2006. Nissan used the name Versa which they said is short for “versatile space” which is meant to hint at the compact car’s spacious interior and its various cargo configurations.

It is one of the few subcompact cars that are being sold in the North American market today since most automakers are no longer including subcompact cars in their lineup to focus more on crossover SUVs.

Is Nissan Versa Reliable? Is it a Good Car?

Knowing the reliability of a car is important since it erases people’s doubts and can help them choose the right vehicle for them. As for the people that are asking, is Nissan Versa reliable, the answer might vary, depending on the model year. Let’s go over each of them and know which Nissan Versa is reliable and which is not.

The first generation Nissan Versa was launched in 2007. This generation of Nissan Versa was offered in sedan and hatchback versions. Both versions were equipped with a 1.8-liter four-cylinder engine coupled with a six-speed manual as a standard transmission. An optional four-speed automatic is offered for the base trim and an optional CVT for the SL trim.

The SL sedan was offered in a four-speed automatic as standard equipment in 2009 while the SL hatchback came with the CVT as the standard equipment. Nissan also made a few revisions. They put out two much affordable sedan base models known as the 1.6 Base and the 1.6. These models both have a 1.6-liter four-cylinder engine that makes 107 horsepower. The base models have fewer features with the air conditioning and radio being optional. The anti-lock brakes were also optional on all trims before they became standard in 2010.

The first-generation Nissan Versa was enjoyed by many because of its spacious and comfortable cabin. The engine might not be the quietest engine there is, but it can provide a smooth and comfortable drive. Driving on rough roads may not be one of the Nissan Versa’s strengths. It suffered a lot with its wheels jumping over road flaws instead of settling back into place.

Is the first-generation Nissan Versa reliable?

The first generation Nissan Versa was named Automotive Best Buy for the years 2007 to 2010 by Consumer Reports. It is a great option for people who are looking for a sturdy commuter vehicle that is friendly on the budget. It is a great choice but it has few problems.

The first generation Nissan Versa was designed by Nissan with a goal to maximize the car’s interior space, make it affordable and add some bonuses like a good fuel economy and great aerodynamics. Because of its affordability and entry-level status, the Nissan Versa targets commuters, small families, and first-time car buyers. It might not be perfect and has experienced recalls and complaints, but it is still a car that you can consider buying because of its affordability and good fuel economy. As for the question, is Nissan Versa reliable? According to nissanproblems.com, the Nissan Versa ranks 20th on the reliability ranking out of 26 qualified Nissan models.

The second-generation Nissan Versa started with its 2012 model and was offered in three different trim levels –  the base S, the SV and the SL. The most affordable one is the S model that doesn’t offer many extras but it includes steel wheels, an adjustable driver’s seat, air conditioning, a two-speaker sound system and a manual transmission.

The second-generation Nissan Versa is equipped with a 1.6-liter, four-cylinder engine that can make 109 horsepower and 107 pound-feet of torque. The base S model comes with a standard manual transmission while the higher trims come with CVT transmission as standard which helps improve the Nissan Versa fuel economy.

The second-generation Nissan Versa is being sold only as a sedan and the hatchback has been separated and is now known as the Versa Note. The Nissan Versa Note was introduced in 2013 as the five-door hatchback version of the sedan. It comes with a 1.6-liter four-cylinder engine and CVT automatic gearbox. In the same year, the 2013 Nissan Versa S Plus trim was added. It comes with a  CVT automatic gearbox, a rear spoiler, cruise control, and a four-speaker sound system.

The SL trim was eliminated for the 2019 model year Versa. The 2019 Nissan Versa was only available in the S, S Plus and SV trim.

Is the second-generation Nissan Versa reliable?

The J.D. Power gave the second-generation Nissan Versa an above-average reliability. Although it has been said that the previous model was the  Consumer Report’s top-rated subcompact sedan, the second generation has better fuel economy compared to its predecessor. The cabin is said to be roomier too, but there are several problems the car owners have reported.

The new generation Nissan Versa is offering quicker acceleration, higher fuel economy, and a quieter cabin compared to its predecessors. It is said to be well-balanced when it comes to performance, handling, and comfort.

The 2020 Nissan Versa has been fully redesigned and has been commended for its very good safety score. It is a good subcompact car with an interior that is built with impressive materials. It is not as spacious as it used to be but the trunk offers a good amount of space. It is equipped with a 1.6-liter four-cylinder engine that makes 122-horsepower. A five-speed manual transmission comes standard while the other trims are offered in CVT.

The 2021 Nissan Versa is still being offered at an affordable price with its base model being sold for less than $16,000. It might be affordable but it boasts of its modern look and tech features. The 2021 Nissan Versa has a 122-hp four-cylinder engine with a five-speed manual as the standard transmission for its base models. A CVT is optional on the S trim but comes standard on the SV and SR trims.

As for its safety features, the 2021 Nissan Versa comes standard with automatic high-beams, front and rear automated emergency braking, and lane-departure warning.

There is no efficient data collected yet to prove that the third-generation Nissan Versa is reliable. But the various car websites have said that it could fare well on the reliability ratings or rankings.

Nissan vehicles are known to have a long-standing history or reliability. With proper maintenance and a little bit of love and care, your Nissan Versa can last for more than 200,000 or 300,000 miles. There are people who own Nissan Versa with 200,000 miles on it but are still running well. How long your vehicle can last really depends on how you maintain it and on your driving habits.

Is Nissan Versa reliable? It is. Thanks to its Japanese roots. They are well known to make vehicles with a reliable build.

Nissan Versa is a reliable car. It is not perfect, it is not the best one around but it compensates for the things or features it lacks. Car owners who enjoyed their Nissan Versa have listed some of the advantages of owning one. They said that it is reliable, safe, requires low maintenance, affordable, has good fuel economy, great visibility, and it provides a comfortable cabin.

If you are looking for an affordable car for your small family or for yourself, Nissan Versa is a great choice. It is one of the most affordable cars in the market today.