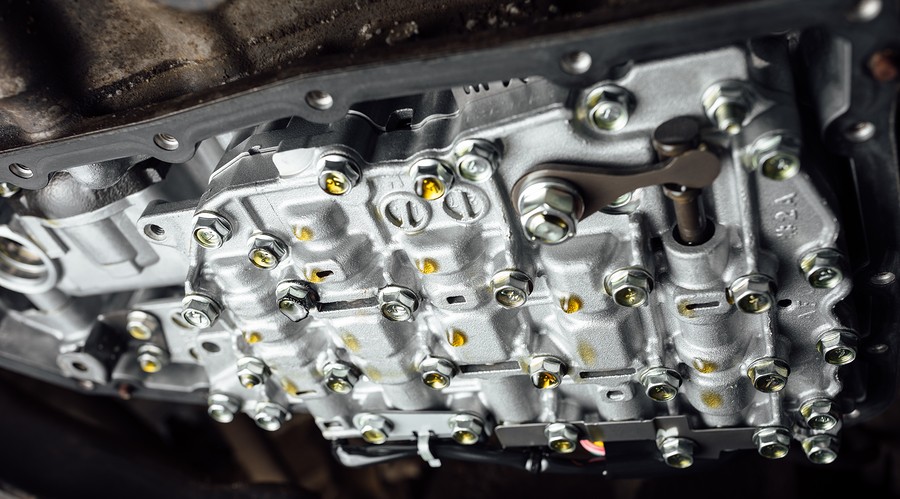 Nissan has been in the news a lot lately, and unfortunately, it’s been for all the wrong reasons. Over the course of the last year or two, Nissan’s profits have plunged (and then plunged some more!) as sales of the company’s vehicles have started trending in the wrong direction. Nissan has also been forced to deal with a slew of ongoing Nissan CVT transmission problems in a variety of the company’s vehicles. Those who own Nissans have been forced to pay anywhere from $3,500 to $8,000 on average to fix Nissan CVT transmission problems. This has, in turn, forced Nissan to extend the warranties on many of their cars from five years or 60,000 miles to 10 years or 120,000 miles.

It remains to be seen whether or not Nissan is going to be able to get this problem under control. If they aren’t, it could very well lead to their profits plunging even further than they already have, and it could threaten to put the company into a precarious position as far as their future is concerned. But in the meantime, many Nissan owners are having to deal with the Nissan CVT transmission problems found in a bunch of Nissan’s most popular vehicles. Learn more about some of the specific problems below.

What Is a CVT?

Before we get into talking about some of the specific Nissan CVT transmission problems that are out there, you need to know exactly what a continuously variable transmission, or CVT, is. Sometimes called a shiftless transmission or a pulley transmission, a CVT is a type of automatic transmission that utilizes variable-width pulleys and a flexible belt as opposed to fixed gears like a regular automatic transmission. CVTs are designed to deliver seamless acceleration by helping cars avoid having to shift from one gear to another, which can sometimes cause a car to hesitate or jerk suddenly.

Over the last 20 years or so, there are a number of car companies that have started using CVTs in their vehicles. From Audi and Honda to Subaru and Toyota, many of the major car companies have bought into CVT technology to some degree. But none have bought into it more than Nissan. Nissan quite literally bought into CVT technology at one point by purchasing a stake in JATCO, a company that has been responsible for building many of the CVT transmissions found in cars all throughout the world. This should illustrate just how committed Nissan has been to CVT despite all the Nissan CVT transmission problems that have popped up over time.

The Introduction of the Nissan CVT

There isn’t anything particularly new about CVT technology. Believe it or not, Leonardo da Vinci came up with one of the initial concepts for the technology way back in the late 1400s, and it appeared in some of the earliest automobiles that were invented in the late 1800s. Nissan has also been using CVT technology in its cars for decades now. They first started incorporating CVTs into their vehicles in the early 1990s when they released the1992 Nissan March that contained the N-CVT, which was based on the Fuji Heavy Industries ECVT. They then went on to design their very own CVT in the years that followed and worked them into several of their Japanese models.

Nissan didn’t get serious about adding CVTs to their U.S. vehicles until the early 2000s, though. The 2003 Nissan Murano, which was released in 2002, was the first Nissan to feature a CVT transmission in the U.S. It came in the form of the XTRONIC CVT from Nissan, and it marked a complete change in the way that Nissan would approach transmissions. Within just a few years, Nissan shifted to including CVTs in almost all of the vehicles they released in the U.S. CVTs were soon found in Nissan Altimas, Nissan Pathfinders, Nissan Rogues, Nissan Sentras, and Nissan Versas. It seemed like such an exciting time for Nissan, but it wouldn’t be long before the Nissan CVT transmission problems would start to appear.

When Nissan first started introducing CVT technology into their North American cars in the early 2000s, there was a lot of fanfare that surrounded them. People thought that CVTs could potentially be the transmissions found in all cars at some point in the near future. But it didn’t take very long for some people who owned the 2003 Nissan Murano to start to see signs that the CVTs in Nissans might not be all they were cracked up to be. They noticed Nissan CVT transmission problems like:

Transmission failure was—and is still is—one of the most common complaints that people had about the 2003 Nissan Murano. The CVTs in these Muranos would give out unexpectedly right around the 118,000-mile mark on average and force people to pay upwards of $4,100 for transmission repairs. In many cases, the owners of Muranos had to have their transmissions replaced altogether, which eventually led to Nissan having to extend the original warranty that came with the car. It would, unfortunately, be a sign of things to come as it was the first Nissan to experience Nissan CVT transmission problems, but as you’re about to find out, it was not the last.

The 4th generation Nissan Altima—which was introduced in 2007 and replaced by the 5th generation Nissan Altima in 2012—was the recipient of a series of complaints from those who drove them. People who owned an Altima during this time period reported experiencing everything from steering wheel lock failure to instances in which their dashboards melted. But one of the biggest issues in these Altimas was CVT failure. In 2007 Altimas, for example, many people reported CVT transmission failure at around the 100,000-mile mark and found that it cost about $4,400 to repair. The problem persisted over the next five years with many people also reporting CVT transmission failure in 2012 Nissan Altimas at around the 110,000-mile mark and at a cost of about $3,200.

Nissan vowed to try and fix the issues that so many people were having with the CVT transmissions in their Altimas, but they were unable to do it throughout the duration of the 4th generation Altima’s lifespan. The issues continued with the 5th generation Altima, and some might argue that they even managed to get worse. Many people who owned the 2013 Nissan Altima started to notice Nissan CVT transmission problems at around the 53,000-mile mark and found that they cost around $3,100 to fix. It caused many Altima owners to second-guess their decision to buy Nissans and is at least partly to blame for Nissan’s current predicament.

Those who owned a 2005 Nissan Pathfinder had a variety of widespread transmission problems, including coolant leaking into their transmissions and causing transmission failure. These problems started to appear at around the 90,000-mile mark in these Pathfinders and cost right around $3,500 to fix. They also showed up in the 2006 and 2007 Nissan Pathfinders before Nissan appeared to get its act together and reduce the CVT-related issues found in Pathfinders.

But they reared their ugly head again when the 4th generation Nissan Pathfinder was released in the form of the 2014 Nissan Pathfinder. That model Pathfinder would go on to be involved in a class-action lawsuit that claimed the Pathfinder would shake very violently when it was driven between 15 and 30 miles per hour in some instances. It was a problem that appeared in some 2014 Pathfinders as soon as the 32,000-mile mark and cost $4,000 to fix on average.

First released in 2007, the Nissan Rogue has, somewhat surprisingly, turned into one of the most popular Nissan models ever. When it was first released, some people didn’t know what to make of it, but thanks to the rise of crossover SUVs, it’s transformed into a staple in the Nissan lineup. But with that being said, it’s not without its Nissan CVT transmission problems, which it has experienced since pretty much the beginning. Both the 1st generation Rogue, which was manufactured by Nissan from 2008 through 2013, and the 2nd generation, which was manufactured by Nissan from 2014 through 2019, have been hit with the same transmission issues as other Nissans.

The initial 2008 Nissan Rogue, for example, would sometimes stop accelerating or stop driving completely for some people due to Nissan CVT transmission problems at around the 86,000-mile mark. It cost almost $3,000 to fix the issues that caused this to take place. Many early Rogue owners also reported their transmissions failing completely at around the 125,000-mile mark, thus forcing them to pay almost $3,200 on average to repair or replace their CVT transmissions.

This trend kept up once the 2nd generation Rogue was released with the 2014 Rogue starting to show signs of trouble in many cases at around the 80,000-mile mark and forcing Rogue owners to endure average repair bills in the $3,500 range. There haven’t been as many Nissan CVT transmission problems reported with Rogues in more recent years, but all of this has scared off some people who might normally consider buying a Rogue.

There was one very prominent problem with 1st generation Nissan Versas released between 2007 and 2011 that earned Nissan a lot of negative press. They came equipped with Takata airbags that were later found to be defective. Nissan was forced to recall these vehicles in May 2016 and July 2017 to replace the airbags that were in them.

But this wasn’t the only problem that portrayed Nissan in a negative light. While the company was dealing with its airbag problem in Versas, they also had to deal with transmission problems in many 1st generation Versas. Owners of the original 2008 Versa, for instance, started reporting Nissan CVT transmission problems that appeared at around the 120,000-mile mark and cost $3,700 on average to fix.

And those problems only seemed to get worse once the 2nd generation Nissan Versa started to hit showroom floors. Owners of the 2012 Nissan Versa were forced to put up with major transmission problems, including transmission failure. These problems presented themselves at around the 72,000-mile mark and cost more than $3,500 on average to fix. The Nissan CVT transmission problems got to be so bad that a group of Versa owners eventually filed a class-action lawsuit against Nissan alleging that the CVT transmissions they put into 2nd generation Versas were defective. Nissan settled the case and agreed to provide extended warranties to those who qualified for them based on certain conditions.

What Should You Do With a Car With Nissan CVT Transmission Problems?

If you want to get rid of a Nissan that has CVT transmission problems and get your hands on something new, Cash Cars Buyer will gladly take your Nissan off your hands and give you cash for it. It’ll allow you to go out and buy something that’s safer, more reliable, and less expensive than the Nissan you’re driving now. Contact us today to obtain a quote for your car.