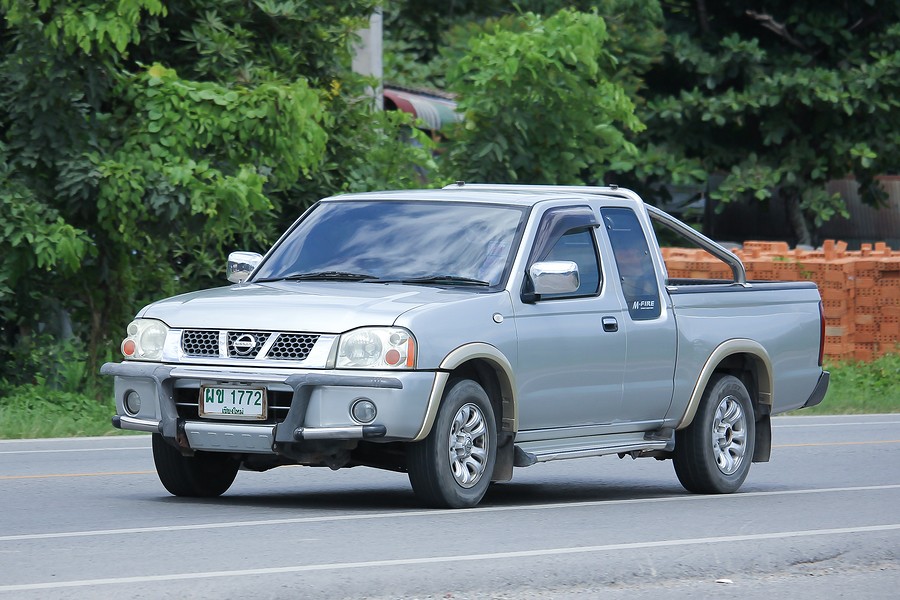 In the battle of the Nissan Frontier vs the Toyota Tacoma pick-up trucks, the competition is about as close as it can get. CarGurus has them listed as the #2 and #3 ranked small trucks by users. The Frontier, also sold as the Navara, has been on the market since 1985 in international markets and since 2005 as the Frontier in North America. The Tacoma was introduced in 1995 but hit North American car lots in 2015.

For 2020, Nissan finally opted to slightly update the Frontier after more than a decade of only minimal changes to the vehicle. The 2020 model features some overhauls under the hood. The 2.5 L inline-4 engine is gone and so is the 4.0 litre V6. 2020 introduces a 3.8 L V6 engine and a 9-speed automatic transmission. The manual transmission option has been dumped all together.

The Frontier offers up 310-horsepower and 281 lb-ft of torque allowing it to boast a towing capacity of about 6700 pounds. Payload capacity in the flatbed is listed as about 1,400 lb.

The problem with these specs is that the 2020 isn’t actually available yet, so any practical comparison needs to be done with the 2019 or earlier models.

The Tacoma is also available with a four-wheel-drive option that the Frontier doesn’t have for the inline-4. When you add everything up the standard Frontier has better towing capacity, but the Tacoma outshines with the V6 and power in general. We have to give the performance edge to the Toyota Tacoma for now, but on paper it does seem like the new 2020 Frontier may prove to be almost even with it.

Which Model is More Reliable?

Nissan and Toyota both have good reputations for reliability across all of their models. These companies have both been manufacturing automobiles since the 1930s, meaning they have nearly a century of experience and know-how in every vehicle they put on the road.

According to RepairPal.com, the Nissan Frontier slightly edges out the Toyota Tacoma in terms of reliability. They rank the Frontier as a 4 out of 5 on reliability while the Tacoma is just behind at 3.5. In terms of repair cost, frequency, and severity the two vehicles are basically neck-and-neck.

When it comes to safety, the Insurance Institute for Highway Safety ranks the Toyota Tacoma as good overall. The only really dark spot on the crash test rating was for passenger lower leg which ranked poorly.

The Nissan Frontier fared much worse in crash test ratings from the IIHS. Driver and passenger side only ranks marginal overall, which is the second worst rating they could have been given. In particular, they were ranked poorly for structural damage as well as potential lower leg injuries to passengers and drivers.

The National Highway Traffic Safety Administration ranks the Tacoma with four stars across the board and a five-star for passenger side ratings. Their rankings for the Nissan Frontier are less impressive. The driver front only received a three-star rating while the passenger front only got a 2-star rating. Strangely, they gave a 5-star rating to the driver side while simultaneously noting that during the crash test the door unlocked and opened which increases the risk that the driver could have been ejected from the vehicle.

Both the Frontier and the Tacoma have essentially the same 3 year/36,000-mile warranty.

You could argue that the Nissan Frontier is more reliable so long as you never get into an accident, but when you factor in safety ratings, it seems like the Toyota Tacoma is the winner of the reliability mashup.

If you're willing to flesh out your Frontier here a bit and go for a high-end trim line with extra features, you can add a solid $15,000 to that price tag and get yourself into the $30,000 range. Likewise, if you're looking to get a higher trim model of the Toyota Tacoma you could have that paying over $40,000.

If you're looking just for a reliable truck that's going to cost you less than $20,000 though, the Nissan Frontier is not just the best option it's pretty much the only option.

Beyond the initial investment, when it comes to costs associated with trucks, the next thing you're likely to be concerned about is your fuel economy. This is where the gap gets narrowed once again between the Nissan Frontier and the Toyota Tacoma. Average gas mileage between city and highway miles puts these trucks on exactly even footing again. Both have a combined average of 21 miles per gallon. Frontier is getting about 23 miles per gallon highway while the Tacoma gets 22, and then in the city Nissan gets 16 miles per gallon well the Toyota gets 18 miles per gallon. So, averaged out there really is no difference.

In a straight up battle of affordability, it's clear that the Nissan Frontier has to come out ahead of the Toyota Tacoma. Factoring in all major expenses from repair bills to fuel costs to the initial sticker price right off the lot, the frontier it's just going to be more affordable.

You can't deny the popularity of both the Nissan Frontier and the Toyota Tacoma. The Tacoma sold nearly 250,000 units in the US in 2019. While the Frontier only had about 72,000 sold units in the US in 2019, it's also worth noting that, worldwide, the frontier sells well over 5 million units per year and has done so for several years in a row.

As you can see these are both very similar vehicles in many regards. The Nissan Frontier has been criticized for having barely been updated since its 2005 model year, but it does offer a much more affordable option to those who want a pickup truck. Given that its performance and reliability is almost interchangeable with that of the Tacoma you can't really say that the Frontier is a bad option any more than you can say the Tacoma is for the most part. It really depends on what you need the pickup truck for to determine which one is going to be right for you, but potentially either one of these pickup trucks is worth investing in.

Which Model is the Better Option?

If you're looking for a truck because you need it to tow and haul cargo there's a definite advantage to the Toyota Tacoma. Likewise, it's going to give you the peace of mind of having better safety ratings overall.

If we're going to 100% rank one vehicle over the other, then we would say that the Toyota Tacoma is the better option overall. But that doesn't mean that choosing the Nissan Frontier is by any means a bad option and, when it comes to your bank account, the Nissan Frontier could very much prove itself to be the better option. As with any vehicle, it definitely depends on what you need it for and what you're willing to invest.