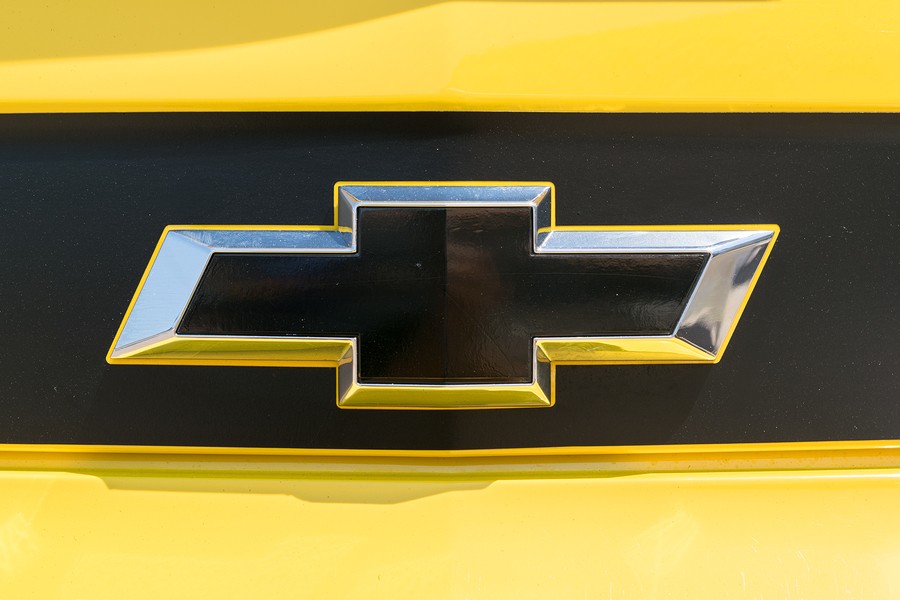 The 2010 Chevy Equinox problems are the stuff of automotive legends. Though the vehicle debuted for the 2005 model year, it was ready for its second generation in the year 2010. As often happens when manufacturers update a model significantly enough to start a new generation there were some bugs that definitely needed to be worked out. The result was that the 2010 Chevy Equinox was bogged down with numerous issues that many owners had to deal with. Let's go over some of the most significant.

Far and away it seems that engine problems were the biggest problems of the lot with the 2010 Chevy Equinox. More specifically, the main problem was excessive oil consumption. The 2.4 L, 4-cylinder engine was a holdover from the first generation of Chevy Equinox models and like its predecessors it seemed to just burn through oil no matter how much some people put in.

Obviously, this wasn't the case for every driver, but enough drivers complained about oil consumption that the Equinox has gained something of a reputation as an oil burner. It was so bad for some drivers that they were reporting using a quart of oil every 1000 miles. Normally you should expect to give at least another 500 miles out of a quart of oil. In the most extreme cases there were drivers claiming to be refilling their oil every two weeks.

The cost of repairing the excessive oil consumption problem with the Chevy Equinox engine was generally in excess of $3,000. For many drivers, the only option seemed to be actually replacing the engine. The problem also arose when the vehicle had not even hit 75,000 miles yet for some drivers, which was actually a good thing back when the vehicles were still new as this meant they were under warranty.

Unfortunately, despite the presence of this issue, Chevy never actually issued a recall for excessive oil consumption, which means that drivers were left to fix this problem for themselves once the vehicle was out of warranty. This is kind of stunning when you realize that the excessive oil complaints we're not limited to just the 2010 Chevy Equinox model. This was a big issue for 2012 models and 2013 models as well. And those were just the ones that were the standouts. Arguably every model from 2010 all the way to 2017 had this as an issue.

Chevy did issue a technical service bulletin to dealers regarding the excessive oil consumption. The bulletin suggested that they do a check to determine if oil consumption was an issue and if it was found to be a problem, they could replace the pistons and the rings. It didn't seem like that was an effective fix for every driver, however. Moreover, before Chevy would even consider fixing this, they required that the vehicles be submitted to oil consumption testing. That meant that every 500 miles for 2,000 miles the vehicle would need to be brought in to be checked. That was an inconvenience that a lot of drivers really weren't willing to submit to.

Overall, the problem seems to be that the piston rings would not seal against the cylinder wall. This allowed oil to enter the combustion chamber, burn up, and be shot out of the exhaust.

Next to burning through all that oil, one of the most common engine complaints was just general engine defects. Some people complain that their Chevy Equinox would simply stop working in the middle of driving, or other hard to diagnose engine difficulties.

Not nearly as predominant as the excess oil burning but still serious in nature was the number of timing chains that wore out prematurely in the 2010 Chevy Equinox engine. The timing chains would wear out and stretch thin, causing noises like knocking and clacking within the engine. There were a good number of Equinoxes that went back to the dealer while still under warranty to have these timing chains replaced. Out of warranty, a busted timing chain could potentially set you back upwards of $1,000.

Beyond these problems there were complaints that ranged from the engine running rough, to the engine stalling out or making a pinging sound, as well as loss of power while driving or reduced power.

Less common than the engine difficulties but still prominent and expensive to fix were a variety of transmission problems. Transmission failures and the 2010 Chevy Equinox we're not unheard of, along with problems like the transmission slipping or locking up entirely. They're also instances where things like trying to put the car in reverse simply didn’t work.

Transmission failures on the 2010 Chevy Equinox we're bringing price tags of over $3,000 with them to repair.

Starter problems have plagued the Chevy Equinox well beyond the 2010 model year. It's happened so often that the vehicle has a reputation for being problematic when it comes to the starter. As we said, the most common symptom of this is turning the key and experiencing nothing at all. There was no recall ever issued for this problem, however.

Replacing the starter in a Chevy Equinox typically cost somewhere between $400 and $800.

The windows have proved to be a sore spot for a number of drivers of the 2010 Chevy Equinox for more than one reason. There were issues with defogging windows in this year's model that led to serious and potentially dangerous problems with visibility, but it wasn't limited to just that.

Malfunctioning windshield wipers were an issue for more than one driver as well. According to Carcomplaints.com the cost of fixing the windshield wiper malfunction averaged about $350. In both of these instances it comes down to a matter of poor visibility being a danger to yourself and other cars on the road.

Though it's not that expensive to get your battery replaced, you’re looking at anywhere from $50 to $200 to buy a brand new one, it's still an inconvenient and annoying problem, especially if you're not expecting it to die on you. That's why people having problems with their 2010 Chevy Equinox battery dying and not being able to hold a charge was such an issue.

A more unusual electrical issue with the 2010 Equinox was that some drivers reported the hatch not opening when it was wet. There was some kind of short in the locking mechanism that caused moisture to prevent it from working.

The most prominent electrical problem in the Chevy Equinox from 2010 caused your instrument panel to turn off, making it so that things like the defogger, the radio and even the wipers wouldn't work properly.

A malfunctioning heater was a problem for a number of 2010 Chevy Equinox owners. Generally, this was caused by a faulty heater blower motor, or a faulty thermostat. A number of drivers pointed out that when trying to turn on the heater, it would simply make a clicking sound and not turn on at all. While this problem was easy to not notice in the summer, it became a serious issue for drivers in colder temperatures.

More than one driver reported that their heater was just blowing cold air causing frost to form on the inside of the windshield in the middle of driving, reducing visibility to zero and nearly causing an accident.

The average cost of fixing the heater was about $450.

Are There Any Recalls on the 2010 Chevy Equinox?

There were three recalls associated with the 2010 Chevy Equinox. One major recall, one minor recall, and one that was more of a middle ground.

The minor recall only affected just over 8,000 vehicles. The problem with this one was that the key could be removed even when the car was not in park. That meant there was a possibility that the vehicle could roll away because you were no longer in control.

The second recall affected just over 59,000 vehicles. This one was regarding a faulty windshield defogging system. The potential exists that you could get into an accident if the windshield fogs up and you're incapable of defogging it.

The biggest recall for the 2010 Chevy Equinox was for over 400,000 vehicles. This one was a fairly unusual problem characterized by the seat adjuster bolts in the driver seat potentially falling out. If the bolts were to fall out while you were driving the seat with drop to its base height. That has the potential to be quite a startling and distracting experience which could lead to a crash.

A class action lawsuit was filed against GM because of this excessive oil burning problem. It covered not just the Chevy Equinox but also the GMC Terrain. The lawsuit claimed that GM was well aware of the issue, they had been aware of it for years, and they had gone out of their way to either minimize or cover up the problem by not letting drivers know that this was an issue they were going to face.

Was the 2010 Chevy Equinox a Good Vehicle?

When reviewing the problems of any vehicle it's worth remembering that the issues that pop up are usually with a minority of the vehicles. Compared to other years, the 2010 Chevy Equinox might not be the best year for the Equinox, but in general the Chevy Equinox was a reliable vehicle on paper. The problem is that you don't know if you're going to get one that has a reliable engine, or a reliable starter, or a heater that works properly.

The 2010 Chevy Equinox had good safety ratings overall, and good gas mileage as well. It was just these reliability issues, in particular relating to the engine that dragged the model year down and made it seem worse than it should have. All things being equal if you have the opportunity to buy a used 2010 Chevy Equinox right now, you’d probably do better to avoid it and look at a more reliable model year.

The 2009 Chevy Equinox was a fairly good and problem-free year but at this point, being an 11-year-old vehicle, it's probably worth avoiding the 2009 as well. If you are in the market for a used Chevy Equinox that's a few years older, 2014 and onward we're all fairly problem-free. The 2016 and 2017 model years especially we're standouts.

At the end of the day, the 2010 Chevy Equinox was just not reliable enough to be considered a good car.