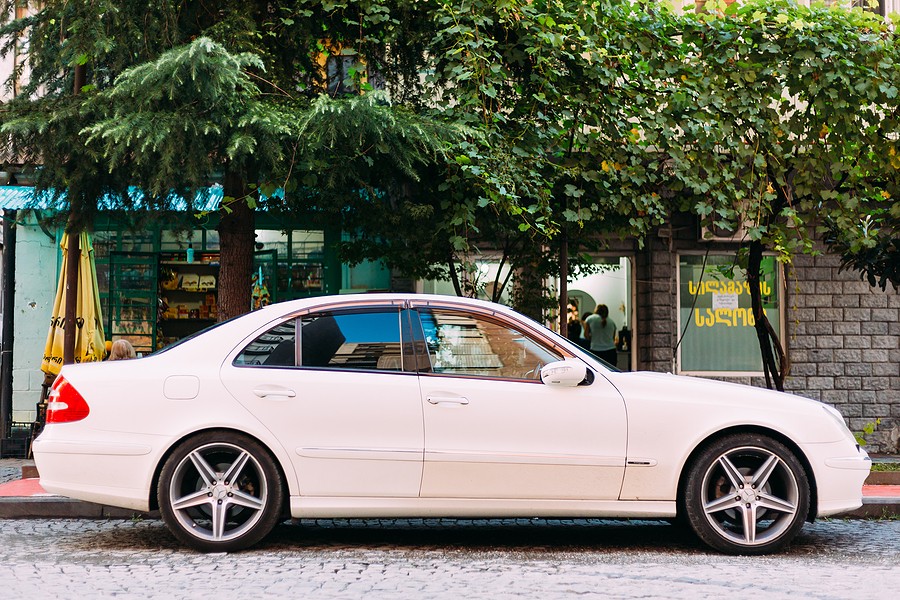 The Mercedes E320 is part of the Mercedes Benz E-Class which is a range of executive cars that has been around since 1953. The E320 was first included in the E-Class lineup in 1994 and was sold as a 4-door Sedan, a station wagon, a coupe, and a convertible. The E320 has been in the automotive market for a while until it was discontinued by Mercedes Benz in 2002 (W210) and 2005 (W211). Although it was discontinued, some used E320s are still being sold today and many people are still using it. But when a car hits a certain mileage, problems start to show up. One of the problems that has been reported from E320 drivers is that their Mercedes E320 won’t start. This problem can be caused by a bad alternator, low fuel level, a dying battery, faulty ignition switch, or a faulty ignition lock cylinder.

Mercedes E320 Won’t Start: What causes a Mercedes-Benz not to start?

There are many reasons why your Mercedes E320 won’t start or is having hard start issues. You can determine what causes the problem by observing what other issues go with the no-start condition. Here are some of the common examples.

If your Mercedes Benz E320 won’t start and your key won’t turn in ignition it must be because of a locked steering wheel. Many modern cars have an anti-theft feature that engages a locking bolt that prevents the vehicle's steering wheel from being turned without a key when activated. This feature can be activated when you turn the wheel after removing the key from the ignition. When this happens, you won’t be able to turn your key in the ignition and start the car.

Surprisingly, many drivers are not familiar with this feature and it could cause an alarm when they activate this feature accidentally. To deactivate it, you need to turn the key in the ignition and turn the steering slightly in one direction to release the tension. The steering wheel should at least move a little bit in one direction and when the tension is released, you can now turn the key and disengage the lock cylinder.

Some of the other reasons why your key won’t turn in the ignition are a faulty ignition switch, faulty key, and a faulty lock mechanism.

Under normal circumstances, your instrument panel will light up when you turn your key in the ignition. If you notice that there are no lights on the dashboard when you turn the key and the Mercedes E320 won’t start, it means that there is no power coming from the car’s battery. The problem might be caused by a bad or dead battery, loose or faulty connections, or a bad ignition switch.

Inspect your battery to be sure. Check the battery terminals if they look tight. Clean the cables for any build ups and check for any loose connections.

This problem can also be caused by a dead or a dying battery. When you insert the key and you don’t hear any sound or crank and it won’t start, it means that the starter motor doesn’t turn over the engine and there is no connection between the battery and the starter.

A starter that won’t crank can be caused by a lot of issues. It can be caused by a bad ignition switch, a bad starter solenoid control wire connection, faulty starter motor, or a bad starter solenoid. If you checked the battery and its connections but the Mercedes E320 won’t start, have your vehicle checked to get the correct diagnoses and have it fixed.

If you hear a click or a repeated clicking coming from the engine compartment when you try to crank the engine and it won’t start, it could mean that you have a weak battery or you have loose connections at the battery terminals. A bad connection between the negative battery cable and the engine can also cause this issue. This issue can happen when there is not enough power for the starter motor to turn over the engine.

This problem can also be caused by a weak battery, loose battery terminal connections, or a bad starter motor. There are also some instances where the starter motor armature bushings wear out and it rubs against the field coils inside the starter motor that can result in the engine cranking really slow.

There are also several tricks you can do to crank your engine.

Mercedes E320 Won’t Start: What causes a car not to start if the battery is good?

A bad battery is the most common reason why your Mercedes E320 won’t start. It is the first one you check when you realize that your car is not starting. If you are experiencing this problem and you have a good battery, what causes your car to not start?

Some of the reasons why your Mercedes E320 won’t start is that you have problems with your fuel pump, ignition switch, ignition lock cylinder, starter, camshaft position sensor, and crankshaft position sensor. These components can trigger the no-start condition of your vehicle and you might need to repair or replace the faulty ones.

The fuel pump is the one that delivers gas from the fuel tank to the fuel injectors and it must deliver the right amount of fuel at the right pressure to ensure that the engine will be running smoothly in all conditions. A faulty fuel pump won’t be able to keep or create enough pressure in the fuel system and this can result in a loss of engine power or keeping the car from starting. The estimated average cost of a fuel pump replacement is around $725 to $889.

The ignition switch is the one that enables the car to start and run. It is part of the starting, charging, and the ignition systems of the car and acts as a power switch for a lot of its electronic components. When it becomes faulty, your car may permanently or intermittently lose power to some systems and components depending on where the key is positioned. The accessories such as the air conditioner might not turn on or a vehicle like your Mercedes E320 won’t start. It can also cause your car to respond when the key is turned or it can even stall while you are driving. These issues might come and go before your ignition switch fails completely. The ignition switch replacement can cost from $197 to $240.

These two sensors must send the matching signals to the engine’s computer because if they are not, the computer will think that there is an engine timing problem and it will adjust the settings to project the engine. When this happens, it will set off the check engine light and the engine may stall or fail to start. If the engine happens to run, it will be poor and its fuel mileage will be decreased. To replace the camshaft position sensor, it will cost you around $181 to $ 236 for the replacement.

Other vehicle components that can be the reason why your Mercedes E320 won’t start include faulty fuses, relays, ignition coils, spark plugs, faulty brake light switch, and other fuel problems. You can check your fuel level too for you may be out of fuel. Remember that even if you have fuel and it is being delivered to the engine, vacuum leaks can cause your vehicle to not start. You will need to fix it and find out what caused it. It can be caused by a disconnected PCV hose, an EGR valve stuck open, loose vacuum hose, and other leaks. For other issues, you can also try to check for the Mercedes Benz fault codes to troubleshoot them.

It can be frustrating when you realize that your Mercedes E320 won’t start. It can happen without a warning and it can happen anytime. There are a number of reasons why it can happen and fortunately, the problems can be repaired. Make sure that you have it fixed immediately to avoid more serious problems.

Mercedes E320 has been around for so long and although it has been discontinued by the Mercedes Benz since 2002 (W210) and 2005 ( W211), many are still running and using it up to this day and many used E320 are still being sold. With proper care and maintenance, who knows how many more years the E320 will keep on running.