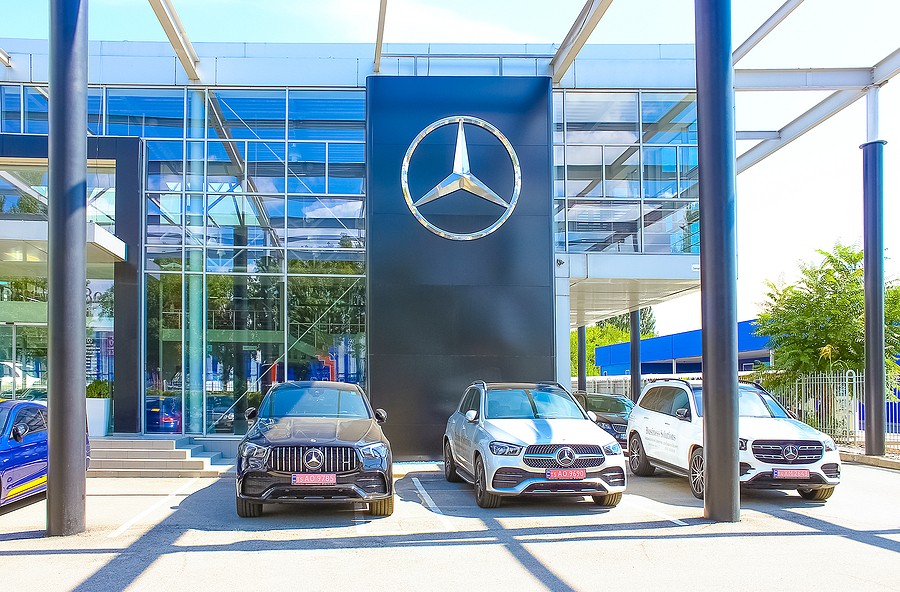 The Mercedes Benz E320 Electrical Problems consist of engine performance problems because of crankshaft position sensor failure, ignition lock failure, brake light switch failure causing ESP/BAS warning lights and degrading insulation of wires, etc. These problems are a big cause of concern as it doesn’t only compromise the vehicle’s performance but the safety of the driver, the passengers as well as pedestrians in the area.

In this article we will first talk about the basics of a car’s electric system, what are the specific Mercedes Benz E320 electrical problems and answers to other frequently asked questions regarding Mercedes Benz E320.

Before we look into the specific Mercedes Benz E320 electrical problems let us first look into the basic facts of a car’s electrical system. Many automobiles did not use electricity in the early days of the modern automobile. Gas was used to power lights, bells replaced horns, and engines were started with a crank. Rechargeable batteries, on the other hand, had become popular by the 1920s.

Manufacturers wondered how else electricity could be used in a vehicle when they mounted these batteries. They wondered if it could be a convenient source of power and have electric motors, a convenient source of power for useful instruments and gauges,  for protective headlights and wipers, air conditioning and even for having music. Cars certainly have come a long way over the past century.

To recognize and troubleshoot your Mercedes Benz E320 electrical problems or car electrical car issues in general it is a must that you understand the basics of automotive electrical systems. Your vehicle's electrical system is supported by the battery. It produces the electrical current that enables the vehicle to start and powers other components such as the ignition and fuel systems, which provide the combustion necessary for the engine to run.

Although the battery provides power to the vehicle, it is the starter that turns the engine on. It's linked to the ignition switch, which is usually turned on with a key. The starter rotates the flywheel, which turns the crankshaft, which drives the pistons of the engine, after receiving a charge from the battery.

The alternator is required for battery endurance; without it, the battery would be unable to operate for long periods of time. The alternator keeps the battery charged and the electrical system operating, but it is not needed to start the engine. A generator is used in some older cars, but modern alternators are preferred because they are smaller, stronger, and more powerful.

Other essential features of your vehicle are also driven by electricity. Most importantly, it enables the operation of the headlights and brake lights, as well as the movement of the windshield wipers across the glass. Both of these features enhance visibility in low-light conditions, as well as in rain and snow, improving the driver's safety and protection.

The speedometer and dashboard gauges (fuel gauge, temperature gauge), interior lighting, and heating and air conditioning are all critical electrical car accessories. Wires, which carry electrical current, and fuses, which protect the wiring, link all of these electrical components to the battery.

The thickness of the wires varies depending on their position in the electrical system. They must be the right size to handle the amount of current transferred; otherwise, they can overheat, blow a fuse, or burn out.

The Mercedes-Benz E-class was introduced to the public in 1994 for the 1994 model year, with a nameplate and style that harkens back to the 1930s. The E320, which was available in coupe, sedan, and wagon body styles during its first generation, became a popular vehicle. To commemorate its birth, this base model received an entirely new front-end body design.

The E320 has six-cylinder engines with varying displacements. The E320's powertrain was a 3.2-liter V-6 engine made entirely of aluminum. The E320 was fitted with Mercedes BlueTEC technology at the time, which transformed nitrogen oxide emissions into harmless nitrogen and water compounds.

As compared to other gasoline-powered engines, this diesel technology not only provided a little more power on the low end, but the fuel economy was much more forgiving than other versions, such as the E350.

The Mercedes E320 is classified as a luxury vehicle. When first launched into the lineup, again the E320 was available as a sedan, coupe, convertible and wagon. However, since the E320 is no longer made by Mercedes, these four body types are only available in used markets.

A client with 2001 Mercedes Benz E320’s engine was caught on fire while the vehicle was idling and parked in the driveway. The issue completely destroyed the car in 10-15 minutes. Fire started under the hood. The consumer believed that there was an electrical problem that caused the fire.

Another client with 2005 Mercedes Benz E320 reported that battery light illuminated so battery was charged and then reconnected. Everything was good, turned the key on to position and everything was still good and then turned the key to start and there was an explosion and white smoke everywhere. The engine continued to be covered in smoke for several minutes after the explosion and a hole was created in front of the engine.

A client that owns a 2005 mercedes-benz E320 had brakes failed to respond and the battery warning indicator also flashed on the instrument panel. The manufacturer said the statute to get an extended service campaign had already expired so they refused to repair the car. The estimated mileage when the failure happened was 145,000.

A client with 2001 Mercedes Benz E320 had ignition and key defects that caused the car to stop running and to stall. Steering wheel locked while the car was in motion.

A client with 1996 Mercedes Benz E320 had the key not being able to start the car since the ignition is jammed or the key wouldn’t turn, so the car won't start as well. The ignition turned out to be defected.

A client with 2000 Mercedes reported that ABS light intermittently illuminated followed by an uncontrolled acceleration and deceleration.

A client with 2000 Mercedes Benz E320 had brakes suddenly locking bringing the car to a stop. There were no warning lights at all but once the brakes locked the bas/esp lights illuminated. The client went off the street, turned the car off and then on the restart all lights went off. But driving home within a mile the same thing happened again.

A client with 2004 Mercedes Benz E320 complained of a strong odor of gas when in the garage and also strong fume odor from the backseat drivers side.

A client with 2003 Mercedes Benz reported that a passenger seat’s sensor is defective and it caused the front passenger airbag to turn off, even at times when the passenger is properly seated.

A client reported wire leading to the bulb of headlights had lost nearly all of its insulation so it exposed bare wire. Client expressed concern that the same wire insulation was used throughout the vehicle.

Another client with a 2007 model had wiring harnesses insulation also falling off for the headlights. It has completely disintegrated and a pile of bits of the insulation sat on the bottom of the headlight assembly, so bare wires leading up to the headlamp sockets are bare and run the risk of touching and shorting out, which could dangerously result in complete loss of headlights at the dark of the night at a highway speed.

A client with 2005 Mercedes Benz E320 had deteriorating headlight and engine wiring which was beyond repair.

Another 1995 Mercedes E320, was reported not passing emissions and when taken to the dealer, was told the engine compartment wiring harness already needed to be replaced, at a price of $1500

Note: These insulation issues or Mercedes Benz E320 electrical problems are prevalent for all users of Mercedes-Benz driving or live in the hot, western regions, specifically Arizona, California, Texas, etc in the United States. The heat generated in these areas has a major effect on the Benz's harness wiring insulation.

The Benz's insulation cracks open as a result of the extreme heat, causing the engine to be fried. In  states where it is hot all year long, it's going to be difficult to take measures to prevent wiring insulation issues in the Mercedes-Benz.

Client reported sunroof leaks that caused electrical damage. The sunroof was rarely used. Apparently, the sunroof drains get clogged so the water drains get into the trunk. It could have been a design defect.

Water gets in the car’s trunk causing faulty wuthering sam boxes which is an electrical fire hazard. The water gets in the trunk and then settles where the spare tire sits near the battery and electronic wiring so it’s very dangerous.

A client with 2003 Mercedes Benz E320 reported “service brakes-visit workshop” light illuminating intermittently. There was also a strange noise coming from the engine.

A few clients who put a review on their Mercedes E320 reported that the car's engine is not only smoothly powerful but also refined. The car was said to give out a very strong and excellent handling performance.

Some also mentioned it gives out a smooth ride on high speeds. Driving both in the city or on the open road was said to be an effortless experience. Mercedes Benz also delivered on the required safety and comfort features for this model.

Both interior and exterior style of the car are perfect as another car owner expressed. So reliability has been exceptional given as they said their cars were carefully maintained and serviced.

As already noted regarding Mercedes Benz E320 problems these clients also noted braking issues. They said everything was good except for a very minor delay in acceleration and braking response.

Do Mercedes have electrical problems?

It's important to have a well-functioning electrical system in your car. So if you notice any of the above Mercedes Benz E320 electrical problems run a car electrical diagnostic test right away or call the mechanic right away. A faulty electrical device can cause havoc with other vehicle components, resulting in a dangerous and very costly situation