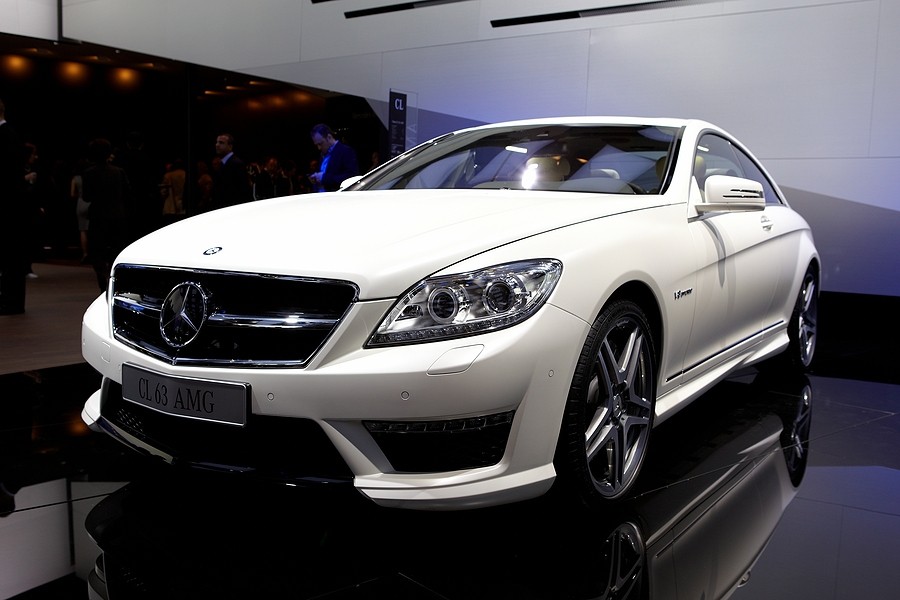 Mercedes Benz have come a long way from where it started. Today, it is known to be the makers of great vehicles that are not only luxurious but are also advanced and performance-oriented. Each year, Mercedes Benz produces cars that are equipped with the latest technologies more advanced than the previous models. But with the more advanced features, the more complicated the setup will be and it becomes more susceptible to electrical problems. Some of the reported  Mercedes Benz electrical problems include issues with the sensors, power loss, faulty ignition, faulty wiring, faulty instrument panel, keyless go system failure, and a lot more.

The Mercedes Benz have been in the automotive industry for more than 100 years and they have proven themselves to be worthy of their reputation as makers of world-class vehicles. They are set to make innovative and ultramodern vehicles that can leave a mark in the automotive world.

In good working conditions, the installed features can deliver a perfect  and solid performance but if they are not it could also cause issues and damages. No matter how fancy or complicated the vehicles’ electrical systems are, their effectiveness and their capability rely on the three major components of the electrical system which are the starter, the battery, and the alternator. It could mean that when you encounter Mercedes Benz electrical problems, the problems can all be traced back or attributed to these three main components.

There were several reports that their Mercedes Benz batteries were drained after parking it overnight or for a long period. The batteries are drained even though there are no lights open and all the electrical accessories are turned off. Later it was diagnosed and the problem seems to be caused by the COMAND system not going into sleep mode.

There are instances when the vehicle owners have experienced having their wirings fried. It can be caused by extremely hot weather combined with excessive heat from the engine. This can prematurely lead to the wiring coverings to become weak and develop cracks. When this happens, the affected wires tend to short together or to the body of the vehicle.

One of the Mercedes Benz electrical problems is warning light illuminating without any reason. There have been incidents where Mercedes Benz owners received alerts to check their brake lights, fog lights, right turning signals, and rear lights. They checked all their bulbs and everything was in great working condition. The alerts went on and off throughout the drive.

There are also several drivers that reported that their battery warning lights were set off but there were no other issues at all.

There are times where the park assist warning beeps and alerts the driver like there is something near the vehicle but in reality there is none.

There are many owners of Mercedes Benz vehicles that reported that they are having issues with their keyless go system. The keyless go feature is supposed to unlock the car by using the keyfob but it suddenly stopped working. If they try to press the unlock button on the door handle, the system would alert that their keys are not recognized.

There are some electronic parts of a Mercedes Benz car that are designed to fail such as its brake pad monitor. Your vehicle’s brake pad monitor is a wire harness that is built to be cut by the brake rotor when the brake pads get to their minimum wear thickness. That is why you always have to replace your brake sensors too everytime you replace your brakes. Remember that you cannot repair a Mercedes Benz brake sensor and the brake warning will always be set off until you replace the sensors.

There were several complaints about a faulty eCall system. It is one of the Mercedes Benz electrical problems that warranted an NHTSA recall for certain 2016 to 2021 CLA-Class, GLA-Class, GLE-Class, GLS-Class, SLC-Class, A-Class, GT-Class, C-Class, E-Class, S-Class, CLS-Class, SL-Class, B-Class, GLB-Class, GLC-Class, and G-Class vehicles.

The recall started March 12, 2021 and the recall is for an eCall system failure that could result in emergency responders being dispatched to the wrong location. This can lead to an increased risk of injury after a crash. There might be a flaw with the software design of the communication module and it might fail to communicate the correct vehicle location for the emergency call system or eCall system when a crash happens.

To correct the problem, the communication module software will have to be updated by the dealer or through an over-the-air or OTA update for free.

This problem also that has been reported by many Mercedes Benz owners also warranted an NHTSA recall that started August 31, 2020. The recall is for certain 2019 A220 vehicles. It is found that water can enter to some electrical components that can lead to malfunctions of the supplemental restraint system or the SRS. The problem can also cause failure to start as well as the activation of the limp-home mode while driving and the disabling of the vehicle’s other features that can increase the risk of an injury or a crash.

The problem is said to be caused by an air conditioning condensation drain hose that has not been installed properly. This can cause the water to enter the driver and passenger foot wells and center tunnel area that can damage certain electrical components.

The dealers will inspect the affected vehicles’ air conditioning air hose installation and will correct it if needed for free.

Mercedes Benz Electrical Problems: How do you diagnose electrical problems in a car?

Experiencing Mercedes Benz electrical problems can be a hassle since its electrical system is the one responsible for starting the vehicle as well as its locks, lighting system, and the power windows. A faulty electrical system can also trigger a number of vehicle components to malfunction.

To diagnose your Mercedes Benz electrical problems, first thing you need to do is to check the electrical circuits. There are instances where electrical faults like a blown fuse or a faulty electrical connection is what causes the electrical problems. In order for you to determine that it is indeed what’s causing the problem, you need to check for the presence of voltage at the load point in the circuit by using a voltmeter or a 12-volt test light. If there is no voltage at the load point, check the fuse, the circuit breaker, or the power relay.

If the fuse is faulty or blown, you need to replace the fuse to correct the problem. But if there are other problems with the electrical system other than a blown fuse, the fix will just be temporary.

A failing circuit breaker and a bad power relay can also give the same symptoms as a blown fuse. It is important that you check these parts as well.

Electrical devices need the appropriate amount of voltage to operate properly. If you encounter Mercedes Benz electrical problems, it must be caused by a low battery voltage, problems with the battery, the starter, or the alternator.

After checking all the necessary components and you have diagnosed the problems that cause the Mercedes Benz electrical problems, the next thing you can do is to have the affected components repaired or replaced to correct the issues.

Mercedes Benz Electrical Problems:  At what mileage do Mercedes start having problems?

Mercedes Benz produces vehicles that are reliable. Although they are known to be high-quality vehicles, they are not without fault. They also tend to develop problems over time.

Some Mercedes Benz vehicles start having problems when they hit 50,000 miles while other models can hit 100,000 miles with only minor issues.

Problems with rust and corrosion as well as the Mercedes Benz transmission are some of the common problems that many Mercedes Benz owners experience after hitting 100,000 miles. Many have reported that their Mercedes Benz developed rust as it ages. It is one of the major challenges a Mercedes Benz owner has to face. Vehicle is still running and going strong, but the floor is rusted.

It has also been reported that after hitting 100,000 miles, the transmission is starting to have problems such as connectors leaking transmission fluid and valve body causing bad shifting. Suspension and steering system failures have been reported too.

Mercedes Benz is known for its luxury vehicles that stand out in all the right places. Equipped with the latest technologies that promise a different kind of comfort and experience. But just like any other vehicle, it is not perfect and it still has problems that need to be addressed.