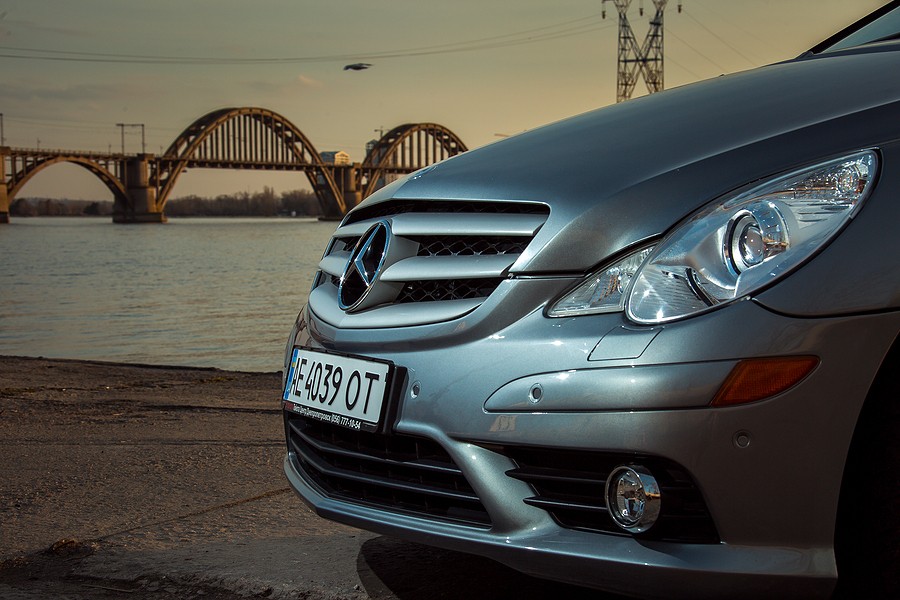 So what could be the issues if Mercedes won’t start but lights turn on? It is right to think that something has gone seriously wrong, but this issue is not uncommon after all. But then again no vehicle  breaks down if everything is operating as it should be. It could be a dead battery, a blown up fuse or a starter that has gone bad.

You may notice in the process that the fuel gauge is reading low, the key won’t turn your ignition or nothing happens when you are able to turn it in. There are also instances when the car does crank but then it doesn’t start, the battery is dead, engine makes funny noise and again the light does come on but nothing else happens like the car doesn’t start at all.

In this article we will discuss why a Mercedes won’t start but lights turn on. While it might be natural to worry there are actually a few troubleshooting tips you can employ before taking it to a professional for help.

There are some quick troubleshooting steps you can do to try to get to the bottom of why your Mercedes won’t start but lights turn on, and here are the steps:

Let us now look deeper into the common reasons why a Mercedes won’t start but lights turn on. Here are those reasons and what can be done.

The starter cranks, but the car will not run. It's mainly due to a battery failure. This occurs when something has been left on, causing the battery to drain. A faulty or dead battery may also be the source of the problem. The battery can run low on charge simply because a few HTE parts aren't working. The charge is insufficient for the car to restart, but the light will still be able to illuminate.

The headlights, radios and other electronic parts of the car need very little electricity. As a result, it operates on low power and even on a dead battery. The engine, on the other hand, can require 300 amps to start. This is an extremely high charge for a low-charge cell. As a result, the Mercedes won’t start but lights turn on.

To check the battery's charge, use a hydrometer. You'll need to replace the battery if it tests bad. You may also bring the battery through a load test. In the event that the battery is low on power, you can charge it with another battery. You can fix the problem of the car not starting this way. The battery can be fixed or replaced. However, it is primarily based on the value of your vehicle and the amount of money you are willing to pay. For certain people, the cost of replacing the Mercedes battery is not worth it.

Troubleshooting for a blown fuse is one of the first steps you have to take when a Mercedes won’t start but lights turn on. Fortunately, you can easily tell if a fuse in your car has blown. The loss of control in the car's electronics is a warning that you have a blown fuse.

So how do you detect a blown fuse? To locate the fuse box, check your vehicle's owner's manual. After that, you'll need to inspect the wire for any damage. A blown fuse could be preventing power from reaching the starter relay if the metal wire is disconnected or damaged.

Checking the fuse will help you decide whether it is in good working order. The Mercedes ignition switch might not be working properly if there is a fuse problem. However, contrary to common opinion, ignition is not the mechanical hardware that is inserted into the key when the car is turned on. It may be the internal electrical switch that the key contacts when the mechanical component is inserted into the ignition

In certain cases, the ignition switch can only supply power to electrical components rather than the engine starter. If you have trouble turning on the car accessories, it may be a result of a failing ignition switch. The accessories will not turn on when you insert the key and turn it on. This indicates a problem with the fuse or ignition.

Another explanation if a Mercedes won’t start but lights turn on is that the starter is malfunctioning. The electric motor starts the car by cranking up the engine. The solenoid and motor that take battery power and distribute it to the flywheel and motor make up the starter mechanism.

To start the engine, you'll need a lot of current. It allows the engine to have enough power to properly start the car. When the car won't start even though the battery is fully charged, the starter motor is the main cause of the problem.

To turn it on, you wiggle the switch. It indicates that the ignition switch is defective and that the solenoid will not be powered. When the car is in neutral mode, it will start, but it will not start when parked. When you start the engine, the lights dim.

In this case, you must decide if the issue is with the starter control circuit. A starter relay, neutral safety switch, and ignition switch may all be to blame. Any of the aforementioned causes will harm the starter, preventing it from turning over. If you discover that the starter is malfunctioning, you will need to repair it. If you need assistance, you can hire a mechanic.

If an engine cranks but your car won't start but lights turn on then you know that the electrical system is good, but your transmission and fuel system aren't. A few different elements and components inside your vehicle are needed for the car to start running correctly and turn over – spark, air, fuel, and compression. These components are important for turning the car over and starting it.

Fuel –  If you assume the problem is connected to the fuel in your engine, which is keeping it from turning over but allowing your lights to turn on, there are a few potential causes and solutions.

If the weather is very cold, and you often drive in below-freezing conditions, your fuel line could have frozen, and you must wait for it to thaw or transport it to a warmer location. The following are some of the most popular fuel line solutions:

Gas Tank is Empty – Even if the gauge on your gas tank does not show that the tank is empty and without fuel, this may be the cause. A fuel gauge can not read correctly or be calibrated incorrectly at times. This could suggest that you've run out of fuel, stopping the engine from turning over.

Fuel Filter Needs to be Replaced – Make sure you ask your mechanic or check your fuel filter to see when it needs to be replaced and how much you've done so previously. The gas can't get to the engine if the fuel filter is clogged. If you drive your car to almost empty or near empty often, your fuel filter can become clogged and clogged with debris.

No Spark – If your Mercedes won’t start but lights turn on, it's likely that you're not getting a spark to the engine despite the fact that the electrical components are perfect. To start the engine, a spark must be used to ignite the fuel. While it is possible to do this yourself, most drivers and owners find it too difficult and should entrust it to a mechanic or a specialist.

The following are the most possible situations if your key does not switch the ignition: The battery is either fully or partially drained. The electronic ignition system (EIS) is unable to operate as a result of this. But first make sure you don't have a problem with a faulty battery.

If your Mercedes Benz model has an IR-equipped key fob then it may need a reset to properly communicate. With an EIS issue —  If your car's ignition system is to blame, it could have deliberately shut down the engine to deter theft. This may occur if the EIS is damaged or if the key is not recognized as legitimate.

What causes a Mercedes Benz not to start?

The reasons already mentioned earlier in this article will be excluded as we discuss other answers to why a Mercedes won’t start.

Other reasons include issues with fuse and relays. The starter circuit’s fuse, Ignition, EIS, or Fuel Pump should be investigated next if the battery is not the problem. When a vehicle malfunctions it is the fuse that takes most of the impact.

Another possible reason for Mercedes not to start is the Brake Light Switch issue. It's more likely that your brake light switch isn't working if your Mercedes Benz Drive Authorization System won't let you start your car. Gear Selector Module. If the gear indicator on the instrument cluster does not change from letters P to R to N when you shift from Park to Reverse to Neutral, the gear selector module is most likely faulty.

Key not turning the ignition/ Driver Authorization System. If your key won't switch, it's most likely because the battery is totally or partially discharged, which prevents the electronic ignition system (EIS) from working properly. Check to see if your battery is in good working order. If the Driver Authorization System (DAS) in a new Mercedes-Benz vehicle with a SmartKey fails, the vehicle will not start, particularly if the battery is completely or partially discharged.

Why won't my car start but the radio and lights work?

The battery, battery cable, starter, ignition switch, or fuel pump are the most common triggers of no-start conditions. All of these may be occasional problems that don't always show themselves. Since you were able to shake the battery cables, this may mean that one of the cables is failing.

It's a lot of fun to drive a Mercedes Benz. Mercedes, despite its high quality, can develop problems with or without routine car maintenance. One of the issues you might encounter is Mercedes won’t start but lights turn on. We have already gone over all of the major reasons. If none of these ideas work or the troubleshooting steps are too complex for you to understand, then you will need to call for roadside assistance and get your car towed to a reputable repair shop.