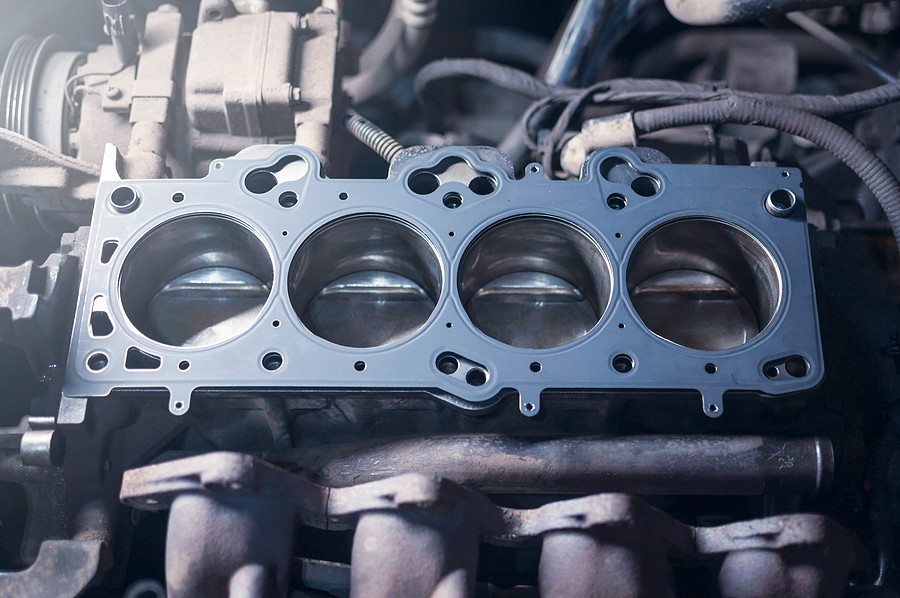 If you're not familiar with what does it mean if your head gasket blows out, it is simply a bad problem that requires a lot of repair costs. It's even one of the most expensive repairs costs your vehicle would ever get into.

Thus, the last thing you would want to deal with is a blown head gasket. Luckily, your vehicle would tell you if your head gasket will be bad or blows out soon before it even does.

According to automotive experts, there are common indications that's your head gaskets have failed.

This article helps you answer the question, is my head gasket blown? It also provides some recommendations about how to prevent dealing with a blown head gasket.

What is my vehicle's head gasket, and what is it doing?

The head gasket is a small metal component located between the engine block and the cylinders. Although the component is very small, it plays a major role in protecting your engine from failing.

Your vehicle's head gasket's main role is to seal the cylinders, prevent any liquid from making its way do the cylinders, and prevent hot gases from leaving this wonder and getting into the engine's block.

Every fluid in your vehicle has its path, and things cannot run into different paths. For example, if you must be transported from the fuel tank for the combustion system to get burnt out.

On the other hand, the coolant must flow around the engine block to cool the engine down if it increases its temperature beyond the allowed limit.

Similarly, the oil also flows around the engine and is responsible for lubricating moving parts.

As you've seen, each liquid is responsible for a specific job, and if any of them got into the flow paths of the other one, your engine could fail immediately.

That's where the head gasket comes into play. With a good head gasket, you don't need to worry about any of these fluids getting into each other's flow paths.

What causes the head gasket to fail?

Overtime views, your vehicle's head gasket can be out, resulting in insufficient sealing of the cylinders. As a result, you will deal with a blown head gasket, which can immediately damage your engine.

Many reasons could cause your head gasket to fail. For example, your head gasket's normal agent involves wear and tear, especially after thousands of miles of driving on this vehicle.

Also, your head gasket might fail due to engine overheating. The engine is designed to operate within a specific temperature range, and the cooling system is responsible for bringing this temperature down whenever it rises. Any problem was the cooling system could result in two engine overheating, which could affect the head gasket and cause it to fail.

What are the most common indications of a blown head gasket?

As we mentioned earlier, your head gaskets are responsible for preventing mixing between the coolant and the oil or the other fluids in your vehicle.

If you're dealing with a blown head gasket, the most common sign will be a milkshake substance on top of your vehicle's engine oil.

When the head gasket doesn't work properly, the coolant and antifreeze can get into the cylinders and get burnt with the air-fuel mixture. As a result, gas is coming out of your vehicle's tailpipe will not have its regular colors, and you will see a clear white smoke coming out of the tailpipe.

It's very common to see some small drops of water coming out of your vehicle's tailpipe, especially if you're driving in lower temperatures. This water is most likely due to condensation happening inside the tailpipe.

However, if you started noticing a large amount of water leaking out of the tailpipe, this is a clear indication of a blown head gasket where different fluids got into the cylinder and left the vehicle through the exhaust system.

Your vehicle's coolant could leak out of your car for a different reason, including a blown head gasket.

Your coolant reservoir should not have anything but a coolant. In other words, you shouldn't see any gases or signs of bubbles.

If you started seeing many bubbles in the coolant reservoir, it indicates that the problems related to a head gasket because when the head gasket blows out, it allows the exhaust gas to get into the cooling system and flow with the coolant forming bubbles.

Engine overheating could happen for a lot of different reasons, including a blown head gasket.

As the head gasket blows out, the coolant and the oil get mixed, reducing both capabilities of bringing the engine's temperature down.

Unfortunately, you can't tell whether it's the head gasket or anything else causing the engine overheating unless you visit a professional mechanic.

The mechanic can use specific toolsets to scan the vehicle's internal errors and confirm the root problem.

Your vehicle's engine is designed to perform within a specific pressure range, and if there is any hole around the cylinders, the air-fuel mixture can get out of the cylinders, and the engine will not have enough pressure.

As a result, you will notice a significant difference in your vehicle's behavior as your car will run rough, and the engine will lose power.

What will happen if I ignored a blown head gasket?

A blown head gasket is a big deal. It's a very serious problem. It's not something you could ignore for a couple of days and get back to it when you have time. As soon as you realize the field, you must take immediate action and get the vehicle repaired to avoid complicated issues and prevent high repair costs.

If you ignored a blown head gasket, you would deal with oil breakdown, a damaged catalytic converter, a damaged cylinder head, and in some cases, a complete engine failure.

How much does it cost to replace a blown head gasket?

As we mentioned earlier, replacing your vehicle's head gasket is one of the most expensive repairs, and it gets as close as replacing the engine or the transmission in some scenarios.

Depending on your vehicle's make, model, and year, replacing a head gasket could cost you between $1000 and $2000.

Unfortunately, to replace your vehicle's head gaskets, you can't do it on your own, and a professional mechanic must do it. The other thing to consider is the price of labor because replacing a head gasket takes a lot of time and effort, and thus, additional costs should be considered for labor, which differs by location you get the job done at.

For example, to replace a head gasket at a dealership, expect to pay much more than getting it replaced at a small repair shop.

Is it worth replacing my vehicle's blown head gasket?

The answer to this question must be done on a case-by-case basis. There are a lot of factors going into determining whether it's worth replacing the head gasket or not.

For example, if your car is in very high mileage and you're expecting significant problems soon in your vehicle, it might not be worth replacing an expensive part like the head gasket.

Similarly, if your vehicle already has significant problems in the engine or the transmission, you might not need to spend any money replacing the head gasket.

The bottom line is if you repair costs that close to 75% or higher of your vehicle's value, you don't want to spend a penny getting this vehicle fixed, and instead, you should consider purchasing a new vehicle.

Your vehicle's head gasket is one of the most important items that prevent any liquids from getting into the cylinders.

Since the head gasket is not designed to last forever, there will be a point in time where you will be dealing with a blown head gasket. This article helps you answer the question, is my head gasket blown?

The article lists the seven most common indications of a blown head gasket. If you notice any of these indications, you must immediately prevent high repair costs and severe damages to your engine.