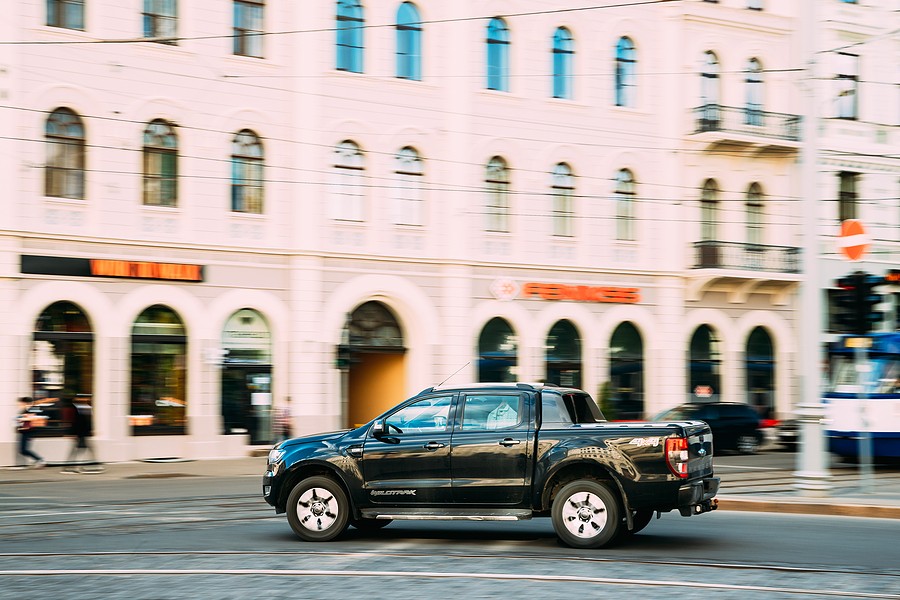 The Ford Ranger is a nameplate used on a variety of cars produced by Ford, popular and highly-regarded around the world. Usually used for lightweight pick-up trucks, the nameplate has been used since the 1983 model year and is still in production today. Despite the long-lasting production, the high Ford Ranger engine replacement cost can deter users from purchasing this popular pickup.

The Ford Ranger has been produced as a compact pickup from the 1983 until 2012 model years, with this car being the first compact pickup designed by Ford. Produced across three generations, the lightweight chassis, powertrain components, and styling were popular in America.

Although among one of the highest-selling vehicles in the compact pickup truck segment for almost three decades, the decline in the demand and want for pickup trucks led to abrupt discontinuation after an abbreviated 2012 model year. The discontinuation can also be attributed to an expensive Ford Ranger engine replacement cost in some model years.

After the discontinuation nearly ten years ago, the Ford Ranger returned for the 2019 model year. This model’s first generation was marketed as a mid-size pickup truck, instead of the previous compact truck option. Similar in size to the Ford Explorer Sport Trac, the current generation of Ranger is offered on two different wheelbase options, complete with an inline-4 2.3-liter engine.

Let’s see how the production of the Ford Ranger has led to the expensive Ford Ranger engine replacement cost in some model years. Although this car has been produced over multiple generations and decades, the pricey replacements and fixes deter potential car owners from buying this mid-size truck.

This process of engine overheating could damage the engine parts to the point where you would need a full replacement, increasing the Ford Ranger engine replacement cost.

If you have a low amount of oil within your engine, then another problem is a dashboard warning light might come on – the Check Engine warning light. Be sure that when this light comes on, you figure out the morning’s direct cause since it can come on for many reasons that can lead to a high Ford Ranger engine replacement cost.

One tiny crack or hole in the valve cover gasket leads to a lot of oil spilling through the cracks and falling onto other parts of the engine, causing a burning smell and engine damage. Oil spilled onto the exhaust pipes, or cylinder head causes the oil to burn excessively and damage the engine’s other components, increasing the Ford Ranger engine replacement cost.

When looking at the expensive Ford Ranger engine replacement cost, certain model years have a higher prevalence of problems and increased severity of issues. The worst overall concerns across every single model year are the rough shifting in the 2002 Ranger, the engine misfiring in the 2004 Ranger, and the erratic shifting in the 2007 Ranger.

The high Ford Ranger engine replacement cost can be fixed by repairing the engine, replacing the engine heads, or replacing the entire engine with a Ford remanufactured block. This typical repair cost will come out to a very high price of around $3,500 and occur at nearly 100,000 miles.

Owners complain that the car fails at very early mileage, the head gasket cracks during use, and the cracked heads require an expensive Ford Ranger engine replacement cost to fix the issue’s root cause.

The worst problem categories in the 2002 Ranger include the transmission, engine, interior accessories, and brakes. The engine issues are the most concerning, with car owners starting the car accelerates while applying the brakes, there is abnormal sound coming from the engine, the check engine light turns on, and the engine blows out the spark plugs.

Fixing the clunking sound in the engine can typically be attributed to a Ford Ranger engine replacement cost. The most common solution is to replace the fuel with a high-quality option to avoid any further fuel line problems.

The top categories of concern with the 2008 Ranger are the AC and heater, body and paint, brakes, and engine system. The engine concerns state that the air filter is difficult to replace, the camshafts wear down over time, the engine vibrates excessively, and there is a strong fuel smell on startup when cold. Any one of these problems could lead to the high Ford Ranger engine replacement cost.

The 2021 Ford Ranger has some highs and lows to purchasing this vehicle. Although this pickup isn’t currently the most popular in the class, there are still good ratings for the price value, the smooth handling, and the high-powered powertrain. However, this car loses out on a top spot due to the Ford Ranger engine replacement cost and dated interior.

The positives of this car include a turbocharged engine and plenty of driver-assistance technology. However, the negatives outweigh the benefits of this car model. Owners and critics complain of a boring interior, poor off-road abilities, and the high Ford Ranger engine replacement cost.

The Ford Ranger comes in two body styles and two bed lengths, with the trim levels ranging depending on how much you are willing to spend. All Ford Rangers contain a turbocharged, 2.3-liter four-cylinder engine and a 10-speed automatic transmission. Unfortunately, despite the power provided by these mechanisms, the Ford Ranger engine replacement cost can outweigh the impressive powertrain.

In 1999, Rangers equipped with the 2.5-liter, 3.0-liter, or 4.0-liter engines produced between the 1998 and 1999 model years had concerns with vehicle speed control. The cruise control cable can interfere with the Ranger’s speed control, causing the throttle’s inability to return to idle when turning off the cruise control.

In early 2011, Ford announced a recall for certain 2010 Ford Ranger trucks dealing with the fuel system, hoses, lines, piping, and fittings. In cars manufactured between October 2009 and May 2010, the engine fuel line might not be covered properly. The improper installation and construction mean that the throttle body is not protected from overheating.

The Ford Ranger is susceptible to a costly engine replacement cost if drivers do not stay up to date with routine maintenance and ignore the signs of engine damage and transmission concerns. If you

PrevPreviousWhy Does My Car Smell Like Burning Oil? 5 Common Causes
NextIs My Head Gasket Blown? How Can I Tell? Next