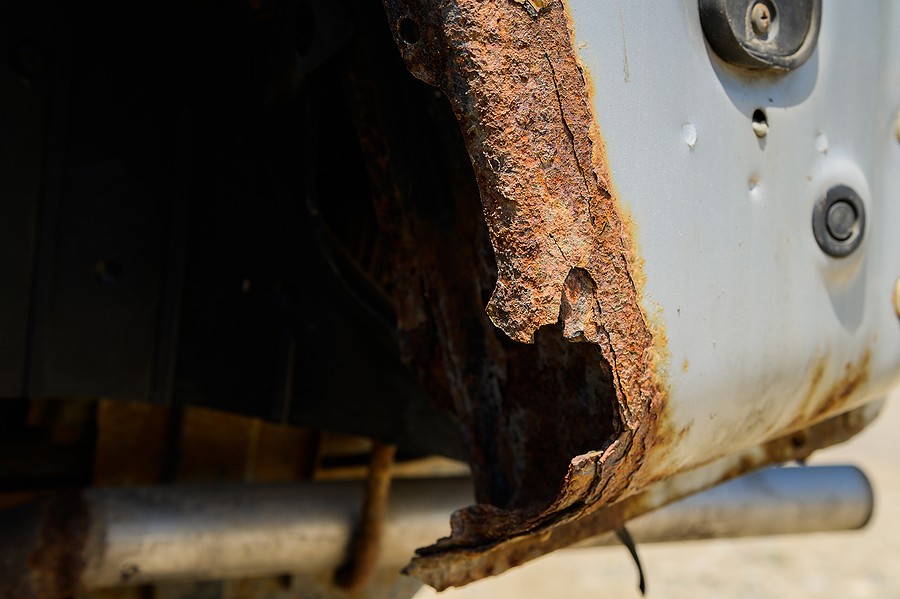 If you're looking for how to fix major rust on your car, get your vehicle ready, sand the impacted area, use a primer, apply the proper paint, and finish with clear coat touchups.

Cars play a vital role in our daily life, and without a perfectly running car, our daily errands can be significantly impacted. While most research focuses on dealing with mechanical problems, rust is a huge problem that we need to keep our cars away from as much as possible.

Although car rust might affect the aesthetic of your vehicle, major rusts can't get into the roots of your vehicle's components and can lead to significant damages that you never want to deal with.

This article helps you understand whether you can restore your rusted car or not, and it also helps you determine how to fix major rust on your car. We also highlight additional topics related to costs of fixing major car rust and when it's worth fixing this rust or not.

Can you fix really bad rust?

Before we dive into the details about how to fix major rust on your car, let's step back and evaluate whether you can fix really bad rust or not.

On most occasions, getting rid of rust should not be very complicated, and it's usually achievable by either sending the vehicle, painting it, or using a clear coat finish. However, in certain situations, rust can get into the major components of your metal frame, and it's not restorable at that point.

Therefore, determining whether you can restore a rusted car or not depends heavily on the severity of the rest. Without understanding how much car rust is too, you can determine if your car is restorable or not.

According to experts, if rust did not pass more than 25% of your metal components, it's considered acceptable. How about, if rust ate the frame and got beyond the 25% threshold, they might be considered as “too much rust.”

How to fix major rust on your car?

After evaluating whether your car's rust is too much or not, the next step is to learn how to fix major rust on your car.

The good news is that even if rust is major, there are certain approaches to get rid of it completely. However, keep in mind that if rust is beyond the threshold mentioned in the previous section, your car is not restorable, and none of the mentioned methods below will work for you.

Let's take a closer look at some of the common recommendations by automotive experts on how to fix major rust on your car:

Before removing the car rust, ensure that you have all the necessary toolsets because if you don't have a toolset, some other process might take longer than it should. Her up in general, most rust cleaning processes require the following Tools:

After preparing all the necessary material, the next step is to get your vehicle ready and select the proper place.

It is recommended that you work in an area that doesn't have many objects around because these objects can get dirty from the sanded rust.

Keep in mind that you also need to protect the vehicle itself. In other words, if you're planning to remove any rust from impacted areas across your vehicle's exterior, you need to cover all good areas. Likewise, if you're planning to use an angle grinder to clean up any deep rusts, you need to make sure that the rest of the vehicle is covered with a certain type of fire protection material to prevent damaging the good portions of your car.

Once the vehicle is ready, you can go ahead and use sandpaper or a sander to get rid of all rust. However, it's very important to make sure that you don't leave any portion of rust, even smaller ones, because this rust will eventually expand even after painting the vehicle.

It's usually recommended that you send the car's surface by hand unless you have larger impacted areas where you need a Sander. By sending the vehicle by hand, you have more control, and you don't have to worry about sending nonimpacted areas.

Before painting the vehicle, you will need to spray a specific primer to get your vehicle ready for any paint coat. The primer must be applied at least twice, and between each layer, you recommended using a certain paper to make sure that you don't have any leftover worst particles.

Keep in mind that some experts recommend adding the primer at least twice because this ensures that there are no rust particles lifted behind. However, that's not a must.

Once the primer is completely dried out, it is time now to start painting the vehicle. Again, you need to refer to your vehicles. Owner’s manual and makes sure that you are selecting the right paint color. The last thing you want to deal with is having your vehicle look spotted with a different paint because with that, you're not improving the overall look of your car, and instead, you're ruining it.

Remember that painting the car is not a one-time thing. In other words, you need to apply the paint at least twice and use sandpaper between each layer to ensure that the surface is even and there are no rust particles left in the area.

The final step in how to fix major rust in your car is to apply a clear coat. This coat is considered just a finishing touch to ensure that your vehicle's overall look is the same and there are no abnormal spots.

Does rust always come out?

Yes, rust always comes out, but the efficiency of removing it depends heavily on your approach and your tools, along with the severity of the rust. For example, for minor rusts, You can use sandpaper to get rid of them. However, on certain occasions where rust is severe, you might need to use a blasting machine or a sander.

Is it worth fixing major car rust?

It depends. If rust is minor, it is definitely worth fixing it by sending it out and repainting the impacted area. However, if rust is severe and reached deep areas in your vehicle's metal frames, it might not be worth fixing it, and you should replace the impacted component instead.

Some occasions where replacing the component are not even recommended because the vehicle's value is not high, and it's not worth your time and effort fixing it. Instead, you recommended selling this car and use a payment toward a better vehicle.

How much does it cost to fix a rusted car?

Rust removal might cost you about $500. However, this price differs significantly depending on where you get the job done, the severity of the grass, and your vehicle's type.

Of course. Body shops fix rust, and they have plenty of approaches to get rid of the rust efficiently without impacting the good parts of your vehicle's exterior. For example, they might use sanding methods or probably panel replacements depending on the severity of the rust.

It is always recommended that you are not comfortable getting rid of your cars rust to visit an auto repair shop instead of where the shop is done professionally.

How long does rust repair take?

Again, the time it takes to remove rust from a vehicle there is on a case-by-case basis. In general, it might take the mechanic as minimum as 20 minutes to remove minor rusts. However, the process can be more complicated if rust is severe.

What is the best rust remover?

There are situations where you need to use a certain rust loosening or remover on certain components like rusty screws or bolts within your vehicle.

The market is filled with many choices to select from, which is a good thing. However, it might be challenging for many customers to select the best one that works for them. New paragraph according to our expert opinion and based on 2021 reviews, we can tell you that it's worth trying one of the following top five rust removers:

What are the main causes of car rust?

Understanding the main causes of car rust is very important information for you as a driver. By knowing these causes, you can prevent and eliminate car rusts from happening, which is better than dealing with how to fix major rusts in your car?

Although your vehicle is continuously exposed to moisture, the final paint and coat do not allow this moisture to reach and interact with the underlying metal components. However, when the paint or the protective layer gets removed for any reason, moisture can get to the metal and cause car rust.

Some external factors accelerate cars to rust, like salt. For instance, experts showed that people who drive in colder environments where salt is used a lot on the roads are more susceptible to deal with costs than others.

Whenever you realize any signs of initial car rust, it's always recommended to immediately take care of the problem because it can invigorate and expand down the road. Also, dealing with minor car rusts is much easier than dealing with major ones. However, once the vehicle gets major rust, it can be extremely challenging to eliminate it without paying high costs.

There are situations where rust can eat the entire car frame making it unsuitable to be driven. Thus, if you’re underestimating the impact of car rust, you need to think twice.

Car rust is one of the most difficult issues that might impact your vehicle, and if you don't take care of it immediately, it can't expand and affect major components, which costs you a lot down the road.

The good news is that you can get rid of any car rust, whether minor or major. The process is the same, but it will take longer if the rust is extensive. All it takes you is to prepare necessary toolsets, get your vehicle ready, sand the impacted area, apply a primer, use the proper car paint, and finish with clear coat touchups.

It's very important to make sure that it's worth removing your car rust in the 1st place. Sometimes if your vehicle has major mechanical issues beyond repairs, it's not worth spending time or effort getting rid of this rust. Thus, you recommend it to sell your car to Cash Cars Buyer.